At BRICS Summit, Modi Says That Designating Terrorists Should Not Be ‘Politicised’

The prime minister's statement was an apparent reference to China’s objection to the UNSC-led sanctioning of a Lashkar-e-Toiba militant. 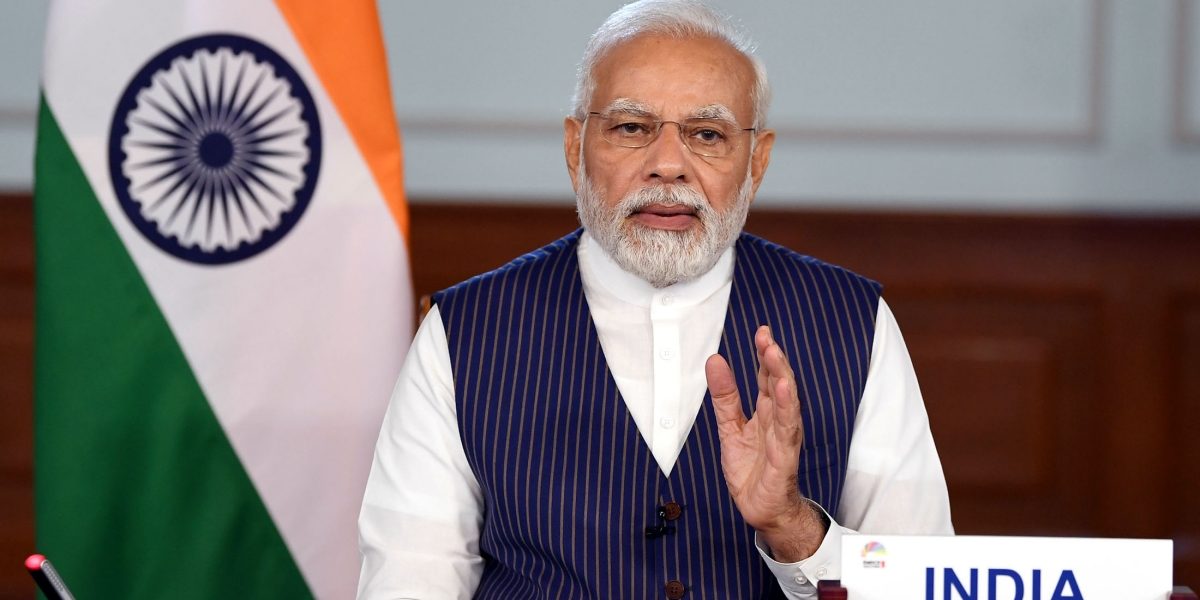 New Delhi: At the BRICS summit, Indian Prime Minister Narendra Modi stated that the designation of terrorists should not be “politicised”, in an apparent reference to China’s objection to the UNSC-led sanctioning of a Lashkar-e-Toiba militant.

While the opening remarks of the leaders were made public, the rest of the session was held behind closed doors.

At the end of the two-day virtual BRICS summit chaired by China, India’s ministry of external affairs issued a readout on the Indian PM’s statements on Friday.

“Prime Minister also noted that as BRICS members we should understand security concerns of each other and provide mutual support in designation of terrorists; this sensitive issue should not be politicized,” said the MEA press note.

Less than a week before the summit, Indian officials had informally criticised China for putting a technical hold on the listing of Pakistan-based Abdul Rehman Makki as a global terrorist under the al-Qaida Sanctions Committee of the UN Security Council. There had been no formal statement, but official sources had termed China’s last-minute objection as “extremely unfortunate” and smacking of “double standards”.

Modi also did not mention the case explicitly, but the context of his remarks is clear.

The BRICS joint statement had also referred to the need to avoid “politicisation” of the work of the UNSC sanctions committee. “We look forward to further deepening counter-terrorism cooperation and reaffirm the sole authority of the UN Security Council for imposing sanctions and call for further consolidation and strengthening of the working methods of UN Security Council Sanctions Committees to ensure their effectiveness, responsiveness and transparency, while avoiding politicization of any of their proceedings including listing proposals objectively on evidence-based criteria,” it said.

In May 2019, China had removed its long-standing objection to the listing of LeT chief Masood Azhar by the UNSC panel, which made him subject to a travel ban, arms embargo and freezing of assets.

Ahead of the BRICS summit, Chinese foreign minister Wang Yi met with India’s new ambassador in Beijing, Pradeep Rawat, where they discussed the border issue and agreed to expand cooperation in multilateral bodies.

Both sides had also agreed to “make full use of the opportunities provided by multilateral meetings to continue their exchange of views including between the two foreign ministers”.

On Friday, the BRICS leaders held a session with 13 ‘guest’ countries on a Dialogue on Global Development.

According to MEA, Modi highlighted India’s “focus on a free, open, inclusive, and rules-based maritime space” and  “respect for sovereignty and territorial integrity of all nations from the Indian Ocean Region to the Pacific Ocean”.

The BRICS summit came under the spotlight as it was the first major multilateral forum attended by Russian President Vladimir Putin after Russia invaded Ukraine on February 24.