Why Bolsonaro Represents the Real Threat to Modi's NRC Agenda

The presence of the Brazilian president at Republic Day helps us make overdue connections between climate change, migration and Modi's citizenship agenda. 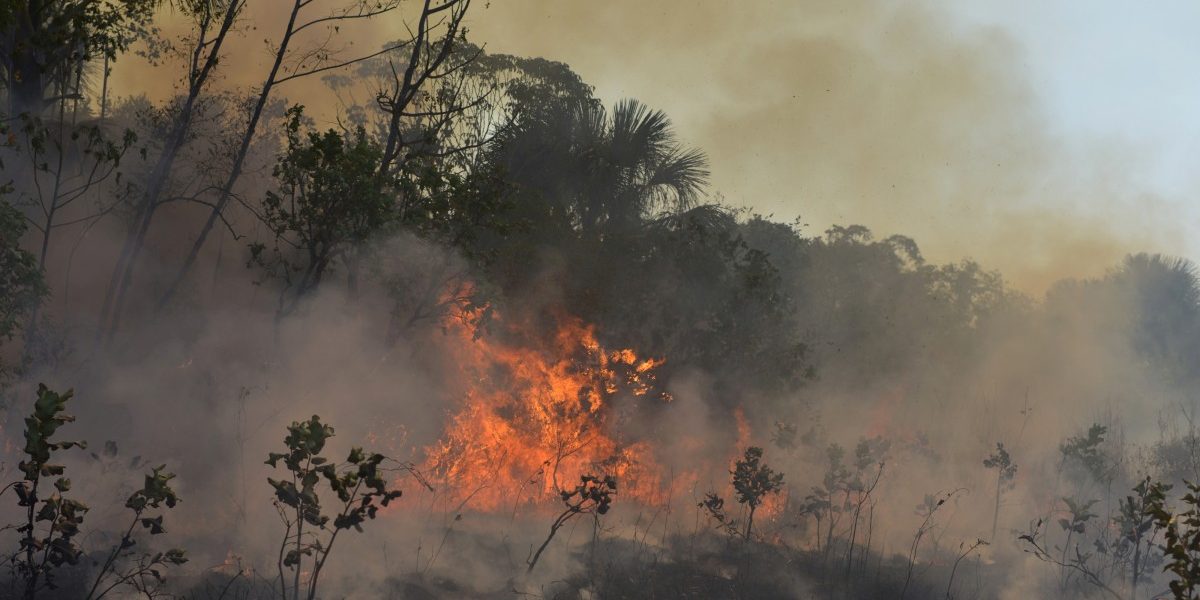 On January 26, the President of Brazil, Jair Bolsonaro, will be in New Delhi as guest of honour at the Republic Day parade. Bolsonaro will survey the troops and floats alongside Prime Minister Narendra Modi, other political dignitaries, and maybe one uninvited guest who has crept onto the stage in recent years: the winter smog.

The smog may blur the photographs of Modi and Bolsonaro. But it will clarify the real picture, and the self-defeating symbolism of Modi’s choice for guest of honour.

The intended symbolism is obvious. Back in January 2015, at his first Republic Day parade, PM Modi had no less than Barack Obama by his side – testifying to Modi’s embrace by the liberal international order.

In 2020, near the start of his second term in power, Bolsonaro will help Modi send the opposite message: of scorn for the very idea of liberal approval.

In 2019, Bolsonaro held the world’s attention as a swaggering environmental vandal. In the midst of a global movement to avert climate crisis, he allowed more than 3,700 square miles of the Amazon rainforest to be cleared – advancing a corporate frontier with fire, chainsaws and unchecked violence against forest-dwelling tribes.

When the world shared its dismay, he shared his contempt for global opinion. Speaking at the UN General Assembly, he blamed the fires on natural cycles and indigenous practices, and stuck up for his sovereign right to self-destruct and take everyone with him. “It is a fallacy to say that the Amazon is the heritage of mankind,” Bolsonaro declared. “And a misconception, as confirmed by scientists, to say that our Amazon forests are the lungs of the world.”

In India, where much else is in the headlines, there have been murmurs of objection. Abhijit Banerjee, the Indian-born winner of last year’s Nobel Prize in Economics, recently expressed his disbelief, calling Bolsonaro “one of the world’s explicit instigator of climate change,” which makes him “truly deplorable”.

For Modi, there is more to consider than that. Bolsonaro’s environmental death-wish does not just undermine the climate movement. It undermines the rationale for Modi’s most costly undertaking so far.

For the past six weeks, Modi has been swimming upstream in a flash-flood of popular protest. Republic Day marks the date that India’s Constitution was adopted in 1950, and this year it will be special: Never before has samvidhan been on the lips of more Indians.

Marches and rallies have erupted across the country, first in the dozens, then in the hundreds, charging the political atmosphere with a challenge to his agenda and ruthless style of governance.

Rousing this protest movement is a nested threat: At its centre, the Citizenship (Amendment) Act (CAA), which on its own would not have brought millions of Indians into the streets. The enclosing issue is of this law’s ominous connection to the impending National Register of Citizens (NRC). Modi is ready to sink vast resources and political capital into creating this list, ostensibly by purging undocumented migrants, mainly from Bangladesh.

Millions of Indians simply lack documents, as the poor or itinerant often do. The government has given them good reason to fear that they could end up stripped of citizens’ rights, and liable for detention. Muslim Indians, in particular, fear that their cases could be interrogated with excess rigour or plain bad faith.

Yet it is also a fact that India harbours many Bangladeshis who lack legal status. Hindus as well as Muslims, they have come looking for safety, work or new horizons, as migrants do. Their numbers have declined in recent years, as their home country’s economic growth rate and social indicators have started to outpace India’s. But it will resume, on a mythic scale, if climate change disrupts the country’s development.

If you take Modi at his word – that he is only concerned with restricting ‘infiltrators’ in India – you would expect him to focus fiercely on this event. It is not far away.

On account of rising sea levels alone, 20% of Bangladesh may be submerged by 2050, displacing 30 million people. Many of these millions will cross the wide, hazy border. They will be desperate and not deterred by Indian laws, a hostile administration, or its archipelago of detention camps. Rather, they will merge with India’s own millions of climate-displaced people.

There is only one way for Modi to act against this: By putting his shoulder to the wheel of stabilising the planet’s climate. This January 26, his guest of honour should have been Sheikh Hasina, the Prime Minister of Bangladesh. For the foreseeable future, his foreign policy should sound the call for climate action on a war-footing, to avert disruption and adapt for what is already coming.

Instead, we await Bolsonaro – broadcasting our tragic ignorance about global cause and effect. We are late to realise that the fires lit in Brazil are the same ones that spread in California and char the earth in New South Wales, Australia.

The carbon belched from the burning Amazon will inevitably heat the skies above the Indian subcontinent. But for now, it is just the smog hanging over the parade, getting in the eyes of India’s prime minister, inviting him to see more clearly the battle he should be fighting.