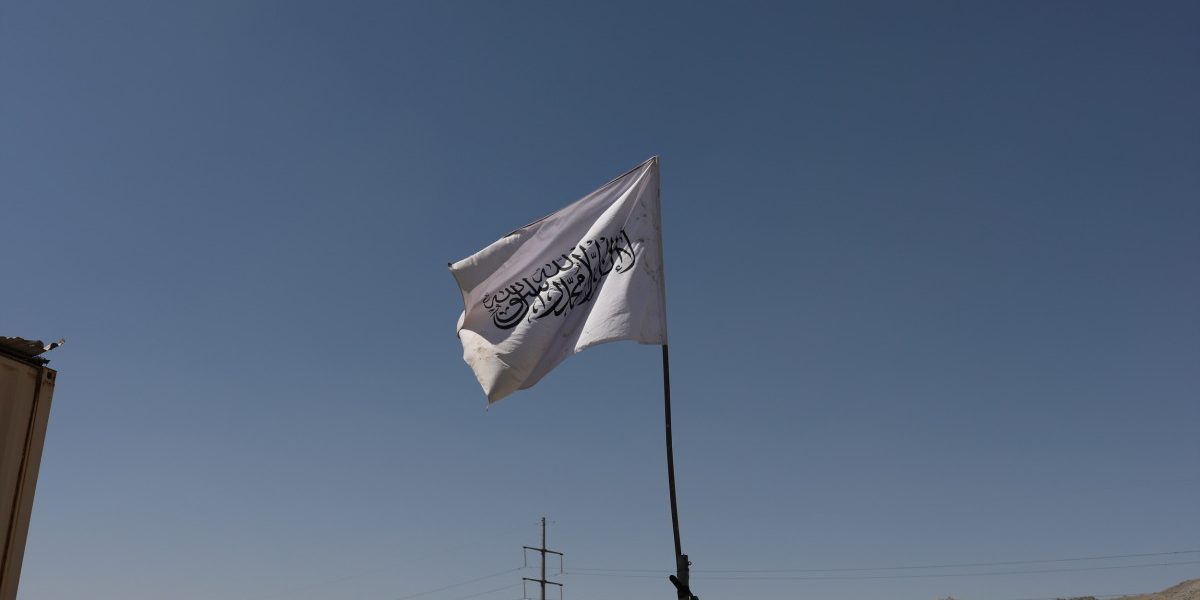 Although the chaotic exit of US/NATO forces from Afghanistan and the fall of Kabul to the Taliban will likely decrease India’s security, the subsequent surprise announcement of the new AUKUS (Australia, the UK, and the US) trilateral security pact could serve to enhance New Delhi’s security diplomacy to counter China’s assertiveness in the Indo-Pacific region.

India’s withdrawal from Afghanistan was vividly symbolised by the hasty evacuation of its ambassador from Kabul on an Indian military aircraft.

India’s national security is worsened by the formation of a ‘hard-line’ Taliban-Haqqani regime in Kabul with whom New Delhi has no prior significant contact. This has been brought into power by its adversarial Pakistani intelligence agency, determined to end Indian influence in Afghanistan. The provision of safe havens to anti-India terror groups such as the LeT and the JeM are expected to continue with the possibility of planning and mounting terror operations from Afghan territory against India. In addition, Taliban ideology serves as a rallying force to encourage Islamic radicalisation in India in a way that the so-called Daesh (Islamic State) in Iraq and Syria was unable to do.

Equally important could be the impact on regional security, with India-Pakistan tensions having been a key driver of Pakistan’s interventionist policies towards Afghanistan, leading to Pakistan playing for the past 20 years a ‘double game’ of overtly supporting the US-led ‘war on terror’ and covertly supporting the Taliban.

With India’s mood over Afghanistan marked by despondency, Pakistan’s mood is triumphant.

Islamabad has hugely bolstered its influence over Afghanistan at India’s cost, which Pakistan had long perceived as India’s attempt to encircle Pakistan.

Indeed, in November 2020, Pakistan’s National Security Advisor Moeed Yusuf released a dossier on India’s ‘sponsorship of terrorism and the destabilisation of Pakistan’, accusing India’s embassy in Kabul and its four consulates of carrying out clandestine terror operations against Pakistan in the restive province of Baluchistan and the tribal areas. A substantive portion of the dossier stated that 66 (of 87) terror training camps were located in Afghanistan. Although this claim was widely dis-believed, soon after the fall of Kabul, Pakistan’s Director-General, Inter-Services Public Relations (ISPR) noted that these camps did not exist anymore.

This possibly resulted in Yusuf’s and the Pakistan foreign ministry’s second terror dossier released in September 2021, claiming that India was supporting ISIS with training camps located in India. The coordinates provided for these camps were widely rubbished in the Indian media. What this suggests is that notwithstanding Pakistan’s tactical victory in Afghanistan, Islamabad’s rhetorical offensive against India will continue unabated.

But, could this lead to an escalation of tensions and a re-initiation of conflict?

It is notable that Pakistan’s triumphant attitude in relation to its western border has not yet extended to its eastern sector, where there do not appear to be signs of increased firing across the LoC. But, a resurgence of the Tehreek-e-Taliban Pakistan (TTP), an offshoot of the Afghan Taliban (against which the Pakistan army fought successive counter-terror operations from 2009-2014), could take place if its access to Afghan territory continued. This could lead to an escalation of tensions across the LoC.

This is a stark reminder that Confidence Building Measures (CBM) on the LoC need to be enhanced, especially as the ‘backchannel talks’ that led to the resumption of the ceasefire on the LoC in February 2021 appears to have stalled. The possibility of the planning and mounting of a jihadi terror attack against India from Afghanistan, to which India mounts a punitive response and an escalation of conflict, also constitutes a clear danger to regional security.

Although US president Joe Biden has publicly stated that the withdrawal from Afghanistan provides it an opportunity to focus on countering China in the Indo-Pacific, this has received mixed reaction from New Delhi. On the one hand, Afghanistan remains a ‘near neighbour’, from which there can be no ‘exit policy’ for India due to strong economic, cultural and political ties. But, on the other hand, India’s security establishment has never perceived US policy towards Afghanistan as a reflection of Washington’s commitment and credibility to the Indo-Pacific region to counter an assertive China. Geographically speaking, Afghanistan is also not part of the US’s definition of the Indo-Pacific region.

However, this does not mean that New Delhi will be comfortable with singular US focus on the Indo-Pacific region at the detriment of Afghanistan and regional security. A key continuing concern for both Washington and Delhi will be to ensure that terrorism does not emanate from Afghanistan.

It is also likely that the US will seek to hold Pakistan ‘accountable’ for the Taliban-Haqqani victory, as indicated by US Secretary of State Blinken on September 13, when he stated that Pakistan’s role in Afghanistan “involved harboring members of the Taliban”, with the US government reviewing the “role that Pakistan has played over the last 20 years”. 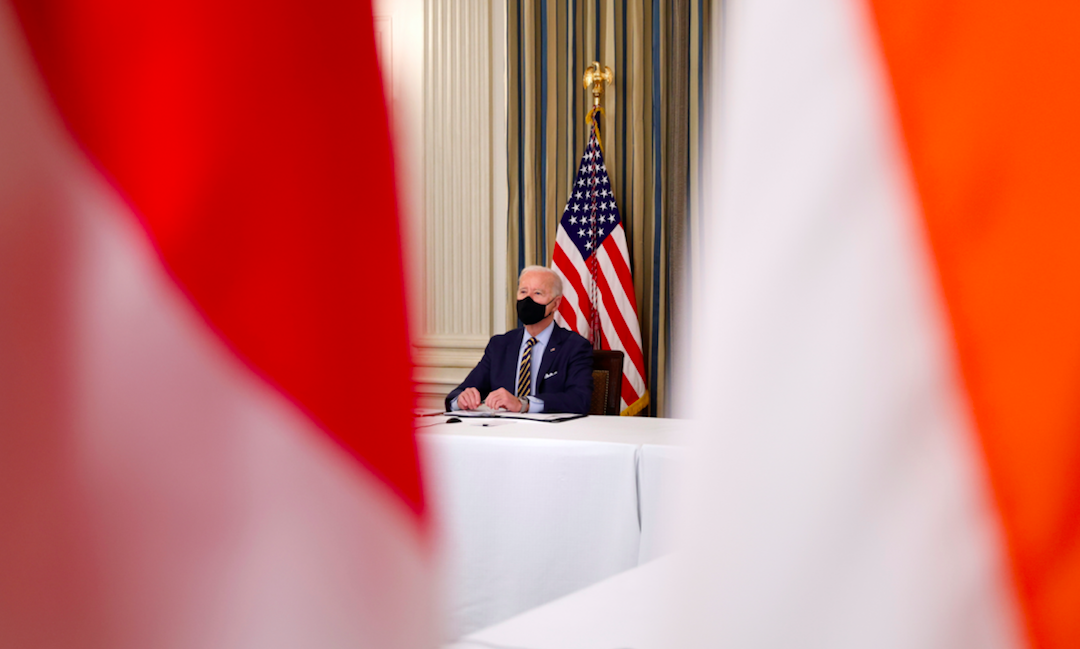 It is in this context of rising insecurity in the Afghanistan-Pakistan sector that the surprise announcement of the new trilateral security pact AUKUS is a welcome development for India in enhancing its security diplomacy to counter China’s assertiveness in the Indo-Pacific region. This takes place in three ways: it symbolises a renewed commitment and credibility to the Indo-Pacific region by the US and UK armed forces in the aftermath of the chaotic Kabul exit; represents a substantive defence capability cooperation on nuclear powered submarines; and puts ‘some meat on the bones’ of the UK’s tilt towards the Indo-Pacific region.

Also read: Born in Secrecy, the AUKUS Pact Will Have Huge Implications for Australia and the Region

AUKUS represents two of India’s closest strategic partners (the US and Australia) and a prospective ‘comprehensive strategic partner’ (the UK). Simultaneously, cooperation among the ‘Quad’ grouping of India, the US, Australia and Japan is simultaneously being ‘ramped up’ through the first ‘face-to-face’ leaders summit in Washington later this week (September 24).

The central, although unstated, rationale for AUKUS is to counter China’s assertiveness towards countries in the South China Sea and the Indo-Pacific region. Whereas US apprehensions towards China have been clear for some time, with Australian concerns made public more recently, AUKUS represents the UK’s first substantive defence pact in the Indo-Pacific region after the publication of its post-Brexit Integrated Review and Defence Command Paper in March 2021.

Although India was identified as a “key pillar” for the UK in the Indo-Pacific region, and China described as the “biggest state based threat” to the UK’s economic security, the UK had also sought to engage China at multiple levels, including on economic and climate change issues.

The latter had raised suspicion within India’s powerful security establishment of the UK’s “intent” towards China. AUKUS now represents a significant step in assuaging New Delhi’s concerns, essential if the new defence and security component of the India-UK Roadmap to 2030, released by both prime ministers virtually on May 4, 2021, is to be implemented. The new UK Foreign Secretary, Liz Truss, well known and respected by India’s ministerial and trade officials will now lead on implementing this roadmap.

This also provides opportunities to deepen India’s bilateral defence and security relations with the UK, including through ‘Quad +1’ arrangements, as the Queen Elizabeth Carrier Strike Group re-enters the Indian Ocean shortly on its return journey.

However, as in the case of the US, India will not be satisfied by a singular UK focus on the Indo-Pacific. Concerns over terrorism emanating from Afghanistan, the spectre of Islamic radicalisation and ensuring the stability of the Afghanistan-Pakistan region remain key priorities for India and the UK.

It had been widely known that prior to the fall of Kabul, India and the UK had divergent perspectives on the means to stability in Afghanistan. Perhaps, with the forthcoming visit of the UK Chief of Defence Staff General Nick Carter to India next month, a ‘reset’ in their perspectives towards Afghanistan, along with consultations on Pakistan’s role in the Taliban victory, could begin?