At UN, Modi Asserts That India’s Friendship With One Country Is Not Directed Against Another

The statement is significant as many observers believed that a possible reason for China’s aggressive posture towards India could be to give a signal to New about its close ties with Washington. 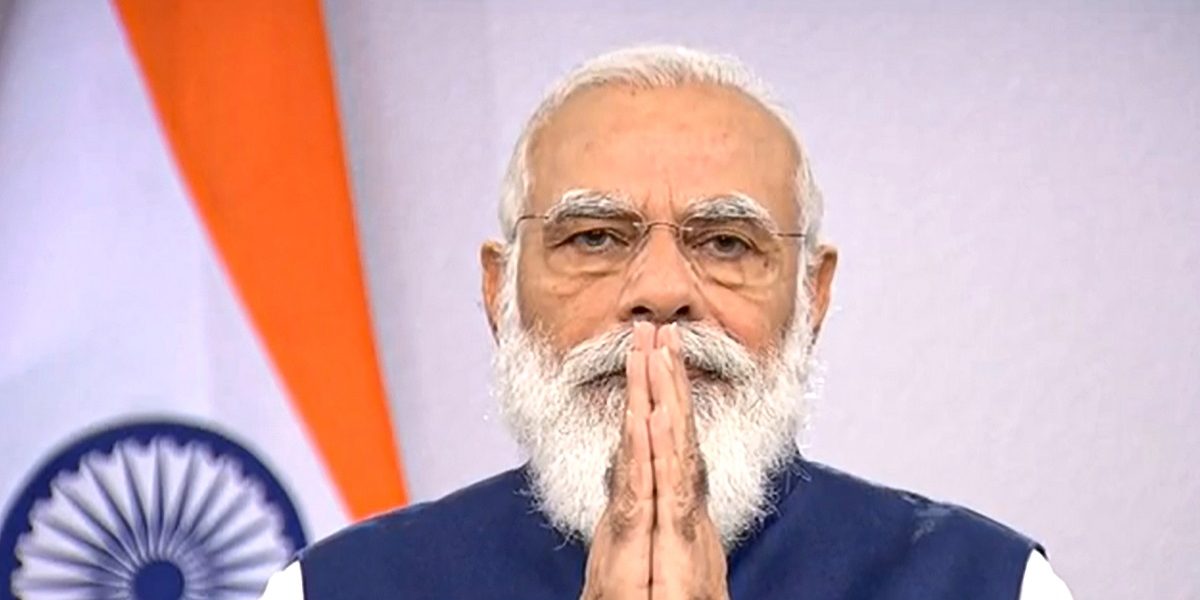 United Nations: Prime Minister Narendra Modi on Saturday said that a gesture of friendship by India towards one country is not directed against any third country.

The prime minister also emphasised that when India strengthens its development partnership with a country it was not with any “malafide intent” of making the partner country “dependent or hapless.”

Modi said this while addressing the 75th session of the UN General Assembly through a pre-recorded video message.

This year’s high-level UN General Assembly is being held in a largely virtual format as world leaders did not travel to New York for the annual gathering due to the coronavirus pandemic.

The prime minister explained that from India’s ‘Neighbourhood First Policy’ to views on the Indo-Pacifc region, “We have always worked for the interests of humankind and not driven by our own self-interests.” India’s partnerships are always guided by this very principle, he said.

“Any gesture of friendship by India towards one country is not directed against any third country. When India strengthens its development partnership, it is not with any malafide intent of making the partner country dependent or hapless, Modi emphasised.

We have never hesitated from sharing experiences of our development, he said.

The prime minister’s statement is significant as it comes in the backdrop of the ongoing stand-off with China. As per many observers, one of the reasons for China’s aggressive posture could be to give a signal to India about its close ties with the US.

The initiatives for the Coalition for Disaster Resilient Infrastructure and the International Solar Alliance are realities today due to efforts of India.

India has always thought about the interests of the whole humankind and not about its own interests. This philosophy has always been the driving force of India’s policies, he said.

Last year at the UN General Assembly session in New York, Modi had invited UN member states to join the Coalition for Disaster Resilient Infrastructure that was launched by India. The Coalition works towards the common goals of having infrastructure that is resilient to climate and disaster.

Heads of state and governments, and ministers of various countries sent in pre-recorded video statements for the high-level week, including the special commemoration of the UN’s 75 years and the General Debate.

Earlier, India’s Permanent Representative to the UN, ambassador T.S. Tirumurti introduced Modi’s pre-recorded statement from the General Assembly Hall. Modi was the first speaker to give his virtual address to the 193-Member UN General Assembly on Saturday.

Modi also enunciated his government’s Atmanirbhar Bharat campaign, saying a self-reliant India will be a “force multiplier” for the global economy. He said India’s experiences and its developmental journey marked with its ups and downs will only add to strengthening the path to global welfare.

“In the changed circumstances of the post-pandemic era, we are moving forward with the vision of a ‘Self-reliant India’,” he said. “A self-reliant India will also be a force multiplier for the global economy,” he said.

“Following the mantra of ‘Reform-Perform-Transform’, India has made great efforts to bring about transformation in the lives of millions of its citizens,” he said. In just about 4-5 years, India has brought over 400 million people into the formal financial sector, he claimed. “This was not an easy task. But India has proved that it can be done.”

In the same period, 600 million people have been freed from open defecation. “This was not an easy task. But India has achieved it.”

Also, more than 500 million people have been provided access to free health care services in just about 2-3 years.

“Today, India is one of the leaders in digital transactions. Today, India is providing digital access to its millions of citizens, and in the process ensuring empowerment and transparency,” he said. The government has just a few days ago initiated a huge project for connecting India’s 6 lakh villages with broadband optical fibre, he said.

PM Modi said his government has ensured that there is no discrimination in extending the benefits of all the schemes and initiatives to every citizen of the country.

“Large scale efforts are being made in India to promote women entrepreneurship and leadership. Indian women, today, are the biggest beneficiaries of the largest microfinancing scheme of the world,” he said adding India is one of those countries where women are provided paid maternity leave of 26 weeks.

“In its journey towards progress, India wants to learn from the world as well as share its own experiences with the world,” he added.

Modi said that even during these very difficult times of the raging pandemic, India’s pharmaceutical industry has sent essential medicines to over 150 countries.

“As the largest vaccine producing country in the world, I want to give one more assurance to the global community today. India’s vaccine production and delivery capacity will be used to help all humanity in fighting this crisis,” Modi said.

The prime minister’s remarks questioning the UN’s effectiveness in combating the pandemic came amidst the strident criticism of the role played by the World Health Organisation (WHO) by US President Donald Trump, who this week alleged that the top world health body was virtually controlled by China.

Trump has repeatedly blamed China for the coronavirus pandemic which originated in the central Chinese city of Wuhan in December last year and accused Beijing of suppressing the details of the deadly contagion.

Modi told the UNGA that in India and the neighbourhood, “We are moving ahead with phase 3 clinical trials in India.” He said India will also help countries enhance their cold chain and storage capacities for the delivery of the vaccines.