As India-Pakistan talks fall through and uncertainty grips the LoC, fear has once again gripped the district. 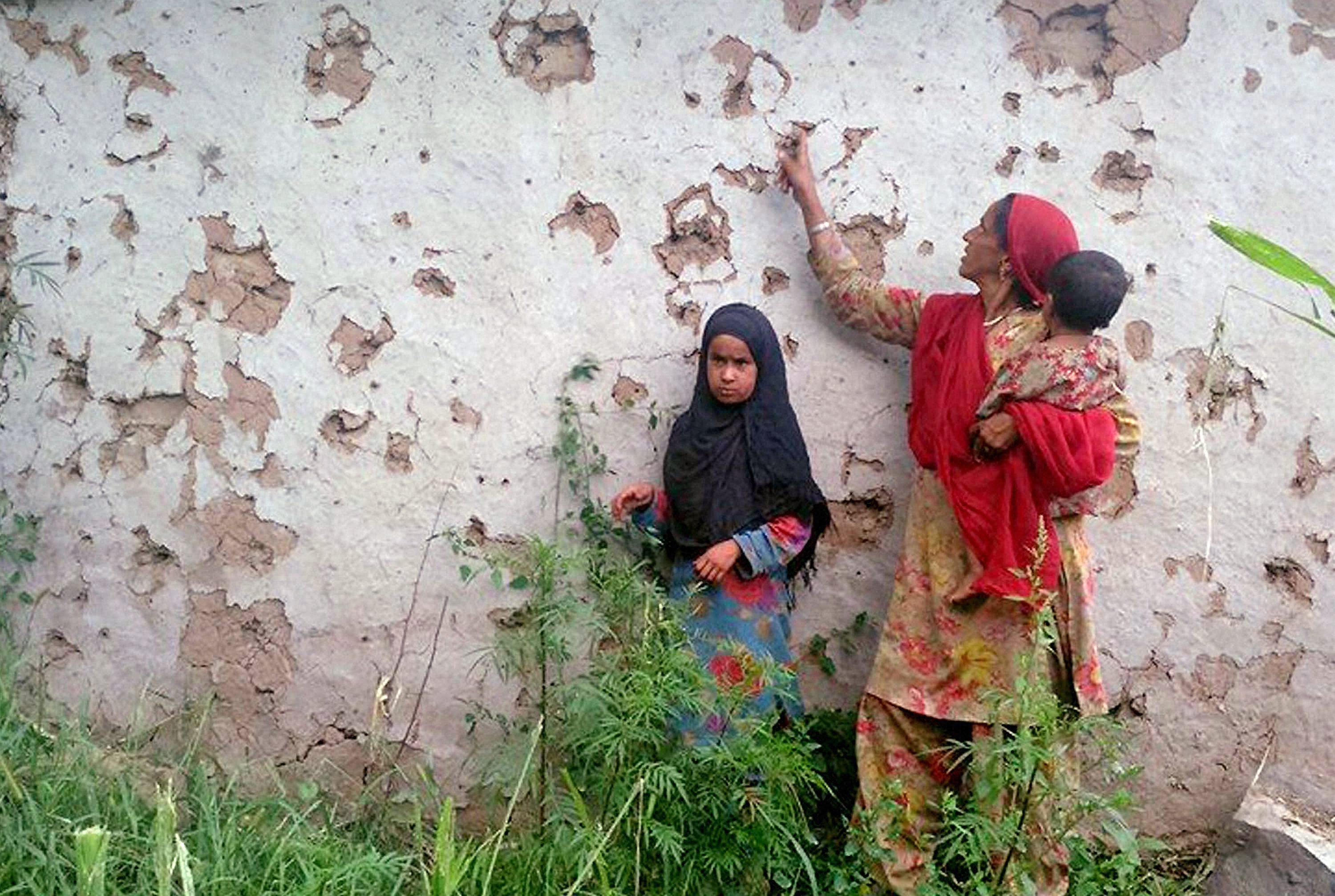 When Kashmir failed to figure in the talks between Prime Minister Narendra Modi and Nawaz Sharif  in Ufa, Russia last month, it made the hardliners in Pakistan a disheartened lot. They openly criticised their own Prime Minister at the time and also set about muddying the waters, eventually leading to breach of ceasefire on the LoC—and to injuries, deaths, and heavy damage to property of those living along on both sides of the border.

It was expected that positive steps to stop the ceasefire violations would be initiated at the meeting of the National Security Advisors of India and Pakistan that was proposed for August 23-24. But the talks failed to materialise and the dream of border folks for a return of peace has remained just that.

From the time the two nations entered into a ceasefire agreement on November 23, 2003, its violation has been used by Pakistan as a tool to bring the Kashmir issue into the focus – in effect, to internationalise the issue even if on the corpses of Kashmiris and their own citizens.

The main victim of cross-border firing then as now has been Poonch district, which remains the principal battle field of Kashmir. Not surprising, given that the LoC runs for 103 kilometres along its boundary, with 41 of its villages with a population of 29,000 falling exactly on the LoC. Another 73 villages with 1.46 lakh population fall within the 5-km border belt, including Poonch city and Mendhar town, and it is this area that is now facing the full force of shelling and firing across the LoC.

In Shahpur village of Tehsil Haveli, the firing started on July 1 and continued up to July 18. That day, the villagers of Kirni Manthar, Gunthrian, Qasba and Shahpur came under heavy shelling from the Naza Pir side when they went outdoors to move towards local mosques for Eid prayers. The shelling continued for three days, seriously injuring five people and damaging three houses. The residents could not celebrate Eid or meet their relatives on the occasion, and the panic created by the shelling has lasted to this day.

On August 15, 2015, many residents of border villages like Dhartti, Bassooni, Brootti, Panjani, Susutta, Sohala and Behrote in the Balakote sector assembled at the Pine Wood Academy school at Hamirpur near the LoC under the leadership of sarpanch Karamatullah of Bassoni to celebrate Independence Day. After the flag hoisting ceremony and the cultural program, when the function was about to conclude, Hamirpur came under unprovoked and indiscriminate firing and shelling from across the LoC, which soon extended to other villages.

Karamatullah, accompanied by his associate, Abdul Rehman, were about to reach the sarpanch’s home in village Dharrati in a vehicle when a mortar shell hit the house of one of his neighbours, Anayatullah. Hearing cries for help, the duo turned towards the house when another shell hit their vehicle, instantly severing Karamatullah’s head. Abdul Rehman was seriously injured and died later on.

On the same day, three more people – Mohd. Bashir and Moin Khan of Basooni and Shanawar Khan of Dhrutti – too lost their lives due to the shelling in Balakote sector, which continued for another two days. On August 16, Nusrat Bi of Sayian Behrote in Balakote was cooking breakfast for the family when heavy shelling started in the village. A mortar shell hit her kitchen, blowing her to pieces. Four goats, two oxen and three buffaloes were also killed in Behrote village of Balakote during the shelling. The lives of five people who were injured seriously were saved only because they were airlifted to hospitals in Rajouri and Jammu.

Sawjian sector of tehsil Mandi was the other target of Pakistan shelling which started on August 8 and continued till the 14th, hitting villages of Gaggrian, Sawjaian, Chaprian, Uripura, Pandi, Gajna up to Khet. According to the tehsildar of Mandi, three people in Sawjian and two in Gaggrian were injured seriously in the shelling, 12 houses were damaged and another 28 partially damaged. Two horses in the village Gaggrian were also injured. In addition, 862 persons of Sawjian and 997 of Gaggrian have either been shifted to dhoks (sub-villages) in the Pir Panjal range or have taken refuge with their relatives and friends. The ration depot of Gaggrian was closed to prevent crowds from coming under shelling.

Shamas Din Sarpanch of border Bagyal Dara, Pir Nasar Hussain Shah Sarpanch of Sawjian and Aalam Hussain Sarpanch Barhotti Balakote told this writer that they are facing great problems in their villages due to firing and shelling. Not only is their life and property in danger, they are not in a position to come out from their houses due to the fear of shelling. Their family members can neither graze cattle in the pastures, nor pay attention towards standing crops. Parents are reluctant to send their children to schools. Needless to say, normal life has been completely disrupted in these areas. Given these incidents on the border, people of villages in the neighbouring areas too have been gripped by tension.

Among the few positive factors in this scenario is a prompt, effective and responsive administration, their efforts led by Dy. Commissioner Nasar Ahmed Wani, who is successfully liaising with the people of the border. Wani along with his officers had not only visited the Balakote, Sawjan and Sahpur sectors during the shelling, he also participated in the funerals of those who died in Balakote and distributed a relief package of Rs. one lakh to the members of the deceased families and assured government employment to one from each such family.

However, though Wani offered alternative accommodation to the affected families of Balakote, the locals preferred to stay in their houses and sought the construction of bunkers in case of a future emergency. They were told by Wani that a proposal for bunkers for border villagers has already been sent to government for sanction.

The border belt of Poonch district has been victimised by shelling and firing across the LoC starting as early as 1947. Even the Tashkent pact of January 10 1966 and the Simla agreement of 1972 could not prevent violations of ceasefire on the LoC in Poonch. The only prolonged relief the area has known, which lasted for 10 years, followed the ceasefire agreement of November 26, 2003. That period came to an end in 2013.

Unfortunately, the fate of those on the other side of the border is no different, since any violation of ceasefire from Pakistan instantly evokes retaliation from the Indian side. Media reports show that five persons have been killed and 20 injured in Balakote sector on the other side of the LoC, where the locals have started migrating to safer areas. Clearly, a ceasefire on the LoC is the need of the hour, and is in the interest of both the countries.