There have been questions about the agreement’s necessity, with sceptical noises made about India’s seeming altruism in funding the project. 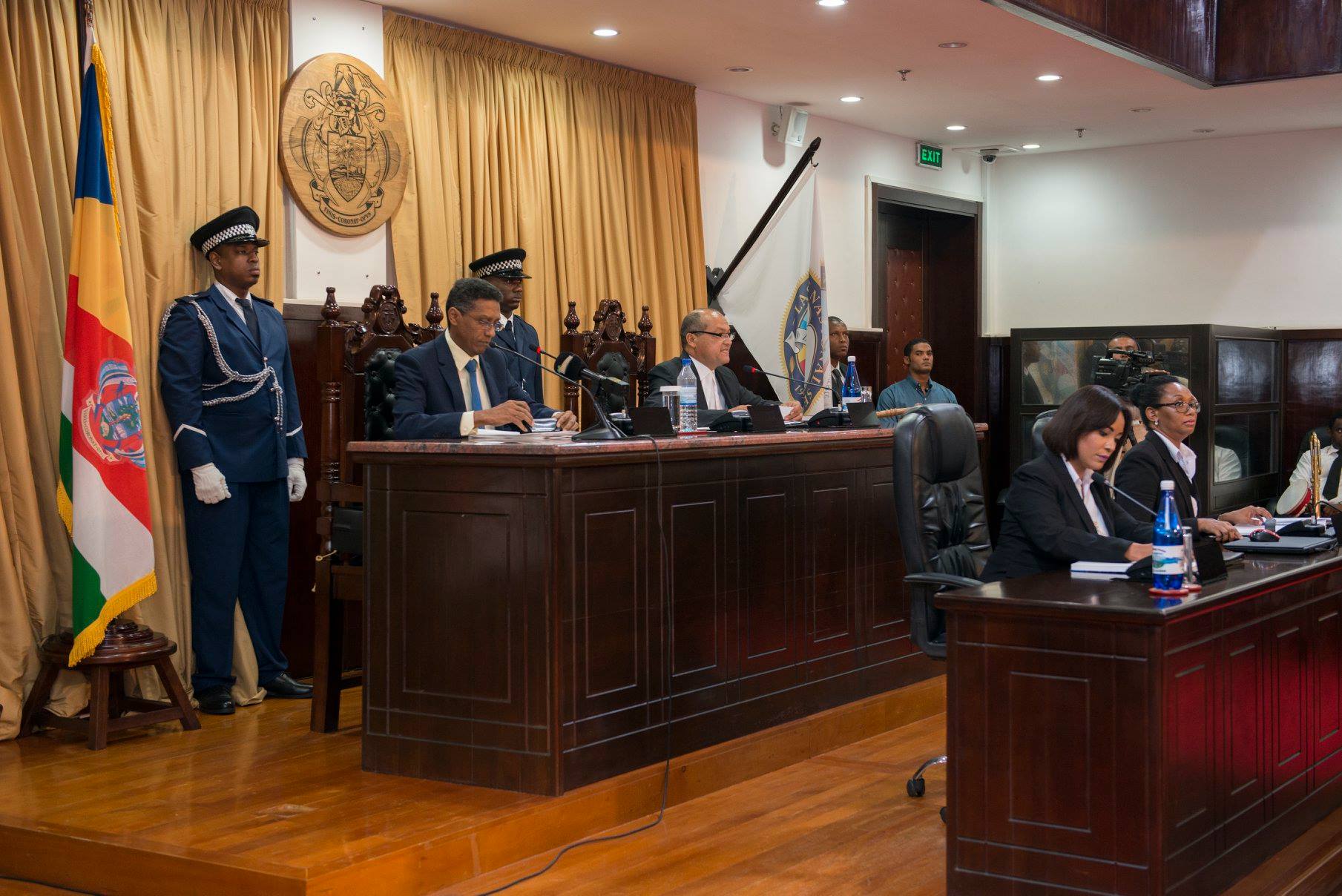 New Delhi: Despite protests by activists, Seychelles President Danny Faure on Tuesday recommended that parliament ratify the agreement with India to develop military facilities in a strategically located Assumption Island in the western Indian Ocean by next month, and asserted that the land has not been leased or sold to the Indian government.

Faure’s endorsement in his address to the National Assembly came after a series of protests in the Seychelles capital and the first public hearing on the matter witnessing largely negative feedback. This is the highest public statement made by Seychelles following the modification of the 2015 agreement, which requires endorsement from the 33-member National Assembly to enter into force.

Faure also revealed in his speech that inaugurated the 2018 session of Seychelles’s parliament that the ombudsman had requested a copy of the agreement that has not been made fully public.

In Seychelles, the ombudsman is a constitutional post that is supposed to be the main office to probe governmental corruption and malpractice.

According to the constitution, the ombudsman can investigate action taken by any public authority.

However, there are restrictions on the ombudsman’s power of investigation. The ombudsman cannot investigate an action if the “president or the relative minister certifies may affect the relation or dealing between the government of Seychelles and any other government or international organisation, the security of the Republic or the investigation of crime”. But the Seychelles president doesn’t seem to have exercised that right so far.

Faure said that the “formal request” was made by the ombudsman on March 2 for a copy of the agreement. He added that “in the spirt of transparency, I presented her with all the necessary documents on Monday, March 5, 2018”.

Till now, the copy of the agreement had been shared with the leader of the opposition.

In fact, demands for making the agreement public has been a recurring theme of the protestors against the project.

On February 26, the first public hearing of the agreement was held with the environment minister Didier Dogley, secretary of state for foreign affairs Barry Faure, attorney general Frank Ally and senior officials of the Seychelles Peoples Defence Forum (SPDF).

According to the Seychelles News Agency, people present at the hearing clamoured for a copy of the agreement even before the meeting began. The attorney general had to explain that since the agreement was a “military one”, it could not be put out into the public domain.

The questions were largely about the agreement’s necessity, with sceptical noises made about India’s seeming altruism in funding the project. One citizen asked why India with half its population under poverty would want to invest “millions and millions of dollars” in a small island in Indian nation without quid pro quo.

Several were opposed to India opening a “base” at Assumption, with one claiming that “Indians are taking their fight with China away from their country and closer to ours”. There was even a suggestion that the Seychelles government should conduct a referendum on creating Assumption military facility.

In the last two months, weekly protests have been held in the capital with placards. A former tourism minister leads the group formed to oppose the agreement based on its vicinity to Aldabra, a world heritage site. Even as Faure gave his speech, there was a small group of protestors outside the parliament.

People saying NO to military base by India but 20 miles off UNESCO World Heritage site pic.twitter.com/MXuvCyl7Qy

While India has obviously kept a watch on developments, officials claimed that the constituency against the agreement was vocal, but small.

Faure in his address had to dwell on the reasons for building a military facility in Assumption, which he described as the “best possible location for our Coast Guard based on the needs and interests of Seychelles”.

“Our maritime area is vast, and we need to regain control of our territory,” he asserted.

Currently, Faure said, it takes three days by sea and three hours by air to reach Assumption from Mahé. “A Coast Guard facility on a section of Assomption will protect Aldabra, Astove, and Cosmoledo, and provide the security that the country urgently needs in this corner of our territory. The remainder of Assomption will be reserved for a tourism development,” he added.

Mentioning his first ever visit to the island in December 2017, Faure stated, “I can say today, as head of state and as commander-in-chief of the Defence Forces, that it is clear to me that it is in the best interests of Seychelles to have a SPDF facility on Assomption”.

The Seychelles president also added that before the coast guard facility is built, an environmental impact assessment will also be conducted. As per the pact, India will help in renovating the airstrip, upgrading the jetty and constructing living quarters for the Seychelles coast guard.

Referring to the South Asian giant, Faure said that Seychelles had “approached” the Indian government for assistance. “The construction of this facility will be financed by the government of India. It will be managed jointly by SPDF and the Indian Naval Force for 20 years,” he said.

In a direct answer to allegations, he asserted, “Assumption belongs to Seychelles and Seychellois. Land on Assumption has not been sold or leased to the government of India.”

There was some surprise that Faure had postponed the tabling of the agreement in the parliament till April. Signals had been given earlier that the pact would have been tabled next week. With a period of two weeks required for passage, Indian officials were hoping to complete the process by the end of March.

Seychelles has a presidential form of government, but the parliament has considerable powers of oversight. In the 2016 parliamentary elections, Faure’s party, Parti Lepep (PL) lost the majority to the opposition, Linyon Demokratik Seselwa (LDS).

The opposition coalition, which is actually in the majority in the parliament, had already expressed support for the agreement. Therefore, the ratification should not be a difficult process, on paper.

But, the agreement had already been hanging fire for three years, since it was first signed during the visit of Prime Minister Narendra Modi in March 2015. During that trip, India signed two agreements with Mauritius and Seychelles to develop two islands in their territory as a strategic move to extend India’s security footprint in the Indian Ocean.

When Modi visited Seychelles, President James Michel had been in the chair. Despite the government having a majority in parliament, Michel did not table the agreement to get it ratified. He stepped down after the parliamentary elections and handed over power to the then vice president Faure. There has since been ‘cohabitation’ between the president and the opposition parties – an unique political system in Seychelles’s history.

As Ramkalawan told The Wire in an interview, Faure did share a copy of the original agreement after he took over as president, which apparently ameliorated the opposition’s anxieties. He visited India in early January 2018 on the invitation of the Indian government and even travelled to his ancestral village in Bihar.

However, Seychelles government had wanted to revise some of the clauses to allay domestic fears. In his last overseas tour as foreign secretary, S. Jaishankar signed the revised treaty at Victoria on January 27.

The specific clauses inserted into the modified agreement clarified that that the island could not be used by India in case war broke out and another stated that third countries could be allowed usage of facilities if both stakeholders agreed.