As Nepal's Oli Looks to Bolster Ties With China, Modi May Be in for a Rude Awakening

Now that Oli is in power again, China hopes he will work towards the implementation of the agreements signed in 2016. If this happens, Nepal’s dependence on India, for everything from fuel to the use of ports, will decline. 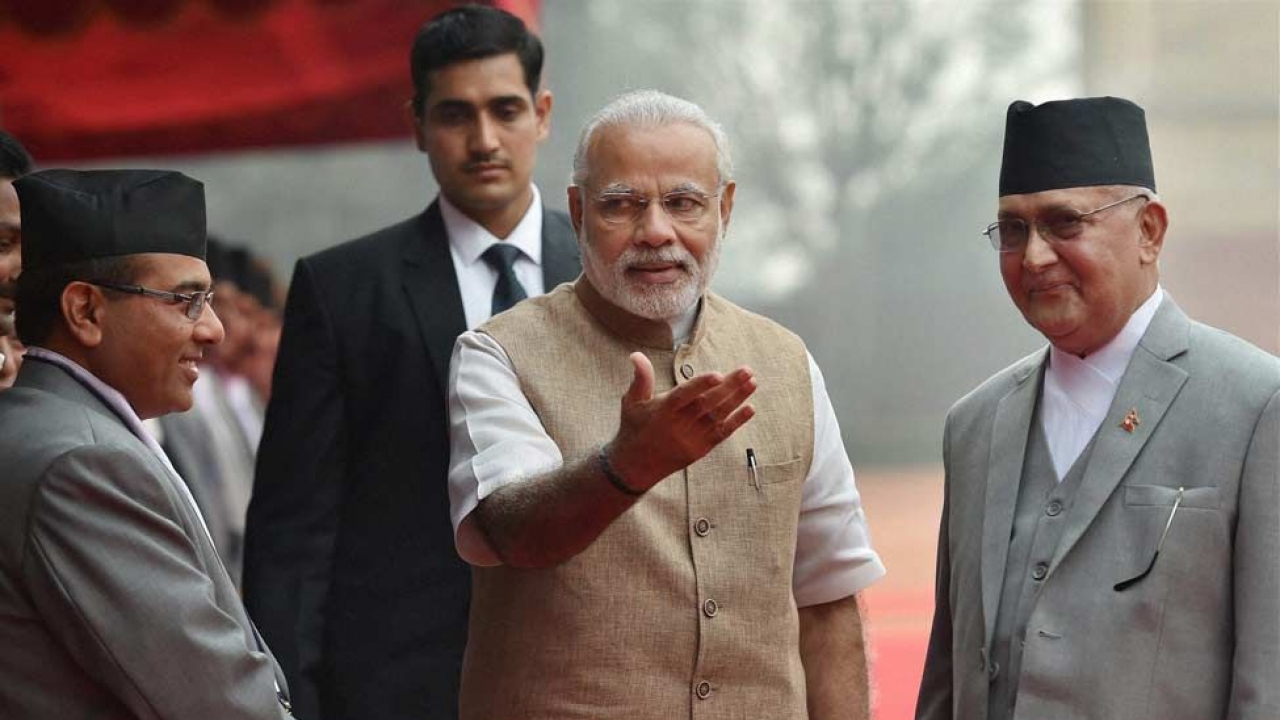 As much as the Indians would like to see Prime Minister Oli keep his distance from Beijing, it could be wishful thinking. Credit: PTI

Kathmandu: There are seemingly as many interpretations as there are analysts in Nepal pouring over Prime Minister K.P. Sharma Oli’s three-day state visit to India starting April 6.

One reason for such diverse views on Oli’s impending India visit is the cozy relations he has traditionally had with the Indian political class and Ministry of External Affairs bureaucrats alike. It was only after the 2015-16 blockade of the Indo-Nepal border, and the resultant anti-India hysteria, that Oli jumped ship, landing firmly in the Chinese camp. His success in whipping up anti-India nationalism is partly why his Communist Party of Nepal-Unified Marxists Leninists (CPN-UML) emerged as by far the largest political force in the 2017 general elections. The blockade-time Indian strategy of trying to isolate Oli had backfired.

Following these elections, Indian Prime Minister Narendra Modi seemed eager to mend ties with Oli, even before he had formally assumed government leadership on February 15. First, Modi dispatched his foreign minister, Sushma Swaraj, to Kathmandu to congratulate the prime-minister-in-waiting. She had also brought along a formal invitation for Oli to visit India.

There indeed seems to be a realisation in New Delhi that perhaps it pushed landlocked Nepal too far with the crippling blockade, which in turn boosted anti-India forces. This is why India has of late been rather magnanimous. For instance, in the ongoing discussions between the Indian and Nepali Eminent Persons Groups – which were set up to review all past Indo-Nepal bilateral treaties – India is now said to be positive about a more regulated border and third-country arms import for Nepal, both of which were until recently no-go areas for the Indians.

Similarly, following the victory of Oli-led Left Alliance – which also includes Communist Party of Nepal (Maoist Center) under Pushpa Kamal Dahal ‘Prachanda’ – in recent elections, India had for the first time accepted the validity of the new constitution, which it had earlier flagged as discriminatory. The appointment of the jovial Manjeev Singh Puri as the new ambassador to Nepal in place of Ranjit Rae, who was considered a bit of a hardliner, particularly on Madhesi issues, also indicated a change of heart. There have of late been many such positive feelers.

But people here in Kathmandu are asking: At what cost is India ready to improve ties with the ruling establishment in Kathmandu?

The common understanding is that in return, India expects Nepal to maintain a safe distance from China. In recent times, Oli has repeatedly said that ending the situation of Nepal’s complete dependence on India is one of his priorities. As a blockade-time prime minister, he had visited China and signed a landmark trade and transit agreement, which allowed Nepal direct access to Chinese ports and the right to use Chinese territories for transit purposes.

Now that Oli is in power again, China hopes he will work towards the implementation of the agreements signed in 2016. If this happens, Nepal’s dependence on India, for everything from fuel to use of Indian ports, will decline. 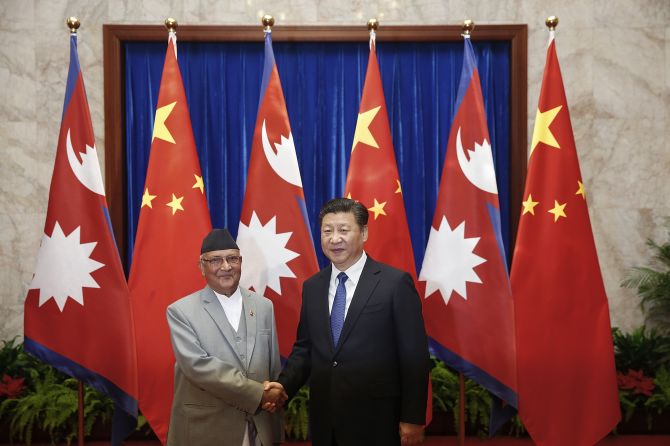 Again, Oli knows closer ties with China goes down well among the Nepali public that has long been drip-fed the on the trope of ‘scheming’ Indians being up to no good. The blockade only heightened the anti-India paranoia and made people more receptive to closer ties with China. Hence, as much as the Indians would like to see Prime Minister Oli keep his distance from Beijing, it could be wishful thinking.

Some scholars even think his upcoming India trip is a convenient bluff. By keeping alive the tradition of a Nepali prime minister making New Delhi his first foreign port of call, Oli, in this reading, is trying to gain India’s confidence so that his later, more earnest, outreach to China faces no hurdles.

But Oli tilts towards China not just because it is a popular move. At the end of his political career, possibly even his life given his frail health, he seems intent on leaving behind a strong legacy. He above all wants to be remembered as the Nepali leader who single-handedly ended the situation of his country’s complete dependence on its often-domineering southern neighbour.

Yet Oli does fear India. He wanted to speed up the formal unification of his UML party with Prachanda’s Maoist party before he left for India. The fear was that if his India trip did not go follow India’s script, the Indians could engineer a divide in the ruling coalition. With a legion of differences yet to be settled between the two parties, it wasn’t meant to be. But it was not for lack of effort on Oli’s part.

Those close to him say the India trip is a confidence-building measure and no new agreements that could even remotely be deemed controversial in Nepal will be signed. But there could be some progress on long-pending projects like Pancheshwar hydro, postal highway and some new railway lines.

Too little, too late

In the larger picture, it is hard to see what India can offer Oli to make him foreswear his newfound love for China. It will be politically hard for him to promise anything of the kind. Nor is he, on current form, likely to listen to ‘meddling outsiders’. When the EU’s election observer team recently submitted its final report to the Nepal government, suggesting that reservations for the traditionally privileged ‘Khas-Arya’ ethnic group were wrong, the Oli government reacted furiously. The EU was told to mind its own business. The message: the days when outsiders could openly meddle in Nepali politics is over.

So despite his history of close relations with the Indian political class, and suspicion in some quarters of what he may sign up to while in New Delhi, Oli has no incentive to be seen as close to India.

Perhaps to understand his real intent we may have to wait for his subsequent trip to China, which, according to his close aides, could take place soon after he returns from India. There, he is expected to sign a plethora of treaties, which could potentially take Sino-Nepal ties to new heights. Modi and company may be in for a rude awakening.