Foreign policy is a sum total of many things, one of which is the character of the domestic polity – even for a supposedly “non-aligned” and non-interventionist Asian middle power like India. 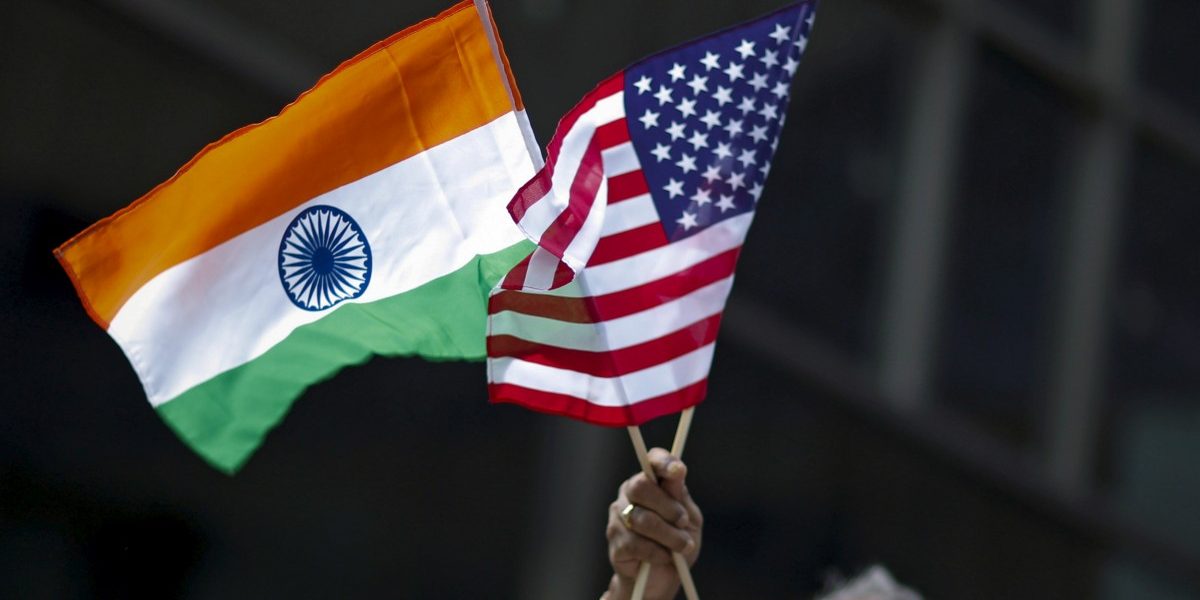 It is an unsaid norm amongst large sections of India’s foreign policy community to stay away from commenting on domestic politics and society.

In reality, however, India’s relationship with the world has a lot to do with its internal character and more specifically, the health of its democratic order.

India might not have used ‘democracy’ as a foreign policy precondition in the initial decades after independence. But, implicitly, it has always deployed its own democratic credentials as a key pitch to the world. This was backed up by independent India’s core worldview of resisting discrimination and domination – by the strong, of the weak.

After the end of the Cold War, India doubled down on this as it began to base its relationship with the West (especially the US) on shared values of democracy. In fact, it was A.B. Vajpayee who, while discussing India-US relations in 1998, had said: “We are the two largest democracies in the world, and have similar political cultures, a free press and the rule of law.”

The liberal West, too, has viewed the resilience of the Indian multi-party system, social pluralism, and respect for the rule of law with great admiration. Geopolitically, it has seen a liberal India as a compelling counter to ascendant illiberal Asian regimes, such as communist China.

The entirety of this theoretical premise is under unprecedented stress today. But, India’s foreign policy community couldn’t care less.

Even as India continues to rapidly and visibly regress into a violent majoritarian state, the community continues to look away. The dominant thinking is that foreign policy is far above the “petty politics” of the homeland or that domestic affairs have no bearing on global diplomacy. At best, foreign policy voices contend themselves with paying lip service to the values of democracy and pluralism only for geostrategic ends.

That the rest of the world, especially the democracy-crusading West, has so far given a pass to Narendra Modi’s India has only aided this culture of silence and deliberate ignorance. It seems to have lulled our foreign policy commentators into an illusion that no matter what, India can continue to recite its much-loved fable of liberal democracy over and over again, to the point that it becomes an irrefutable – almost hypnotising – fairy tale.

On Monday, Prime Minister Modi and US President Joe Biden met virtually before the foreign and defence ministers of the two countries met for their much-awaited 2+2 meeting. There was lofty talk about “shared commitment to democracy and pluralism” and the two democracies – one oldest, the other largest – delivering “opportunity, security, freedom, and dignity” to their peoples.

This came just two days after a Hindu group vandalised pushcarts of Muslim vendors in Karnataka’s Dharwad district. Earlier, the state’s chief minister had himself called for an economic boycott of Muslim vendors. Over this weekend, at least nine places across the country reported mass violence against Muslims (who are in the middle of the holy Ramzan month) as Indian Hindus celebrated the birth of Lord Ram. 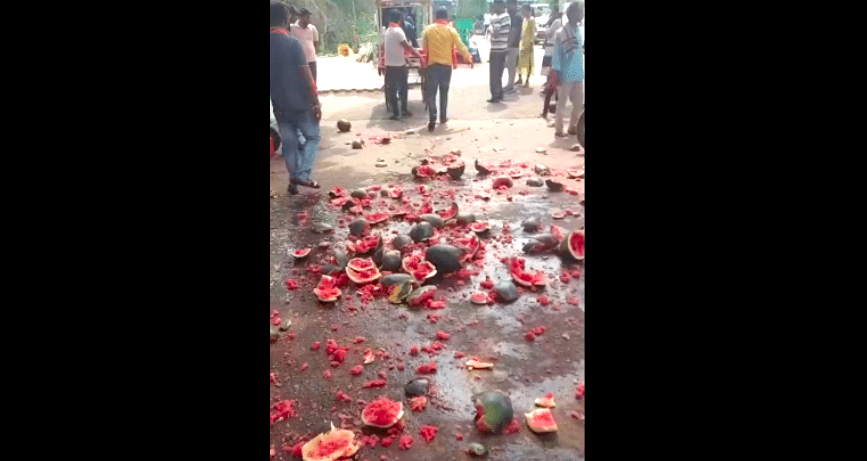 A screengrab of a video from the site of the Dharwad temple. Photo: Twitter/@harishupadhya

But, save for a tepid and arguably broad comment on “some recent concerning developments in India, including a rise in human rights abuses by some government, police, and prison officials” by the US Secretary of State Anthony Blinken, the Biden administration refused to talk about the naked display of sectarian violence, majoritarianism and ensuing human rights abuses in Modi’s India.

It also did not bring up the mounting legal intimidation and censure that vocal critics of the government, like Rana Ayyub and Aakar Patel (who was recently barred from travelling to the US), are facing in India today.

Also Read: The Government Can Stop People at Emigration Counters – But Truth Needs No Visas

The US today might be looking away from the alarming situation in India. But, that in itself should be a subject of critical scrutiny for India’s foreign policy scholars and observers – who are meant to offer unbiased analyses of India’s relationship with the world and how that can be secured for the long future, not write eulogies like court jesters or scribes.

After all, if foreign policy is the projection of “national interests” on an international stage, then there is every reason for its students to concern themselves with the fundamental character of the “nation” that those interests flow from. They also ought to ask whose “national interests” are they batting for – those of every Indian or only the religious majority?

It was refreshing to see former diplomats speak out against anti-Muslim hate speech earlier this year. But, that was, positively speaking, a rare occurrence. Most foreign policy scholars or observers did not bother to speak out against Hindu monks calling for genocide against their fellow citizens or publicly threatening to rape Muslim women in the presence of policemen.

If empathy is so passé, then at the very least why India’s foreign policy commentariat should care about India’s democratic backslide because it could severely erode its diplomatic capital and by extension, affect its interests.

Foreign policy is a sum total of many things, one of which is the character of the domestic polity – even for a supposedly “non-aligned” and non-interventionist Asian middle power like India. So, one administration in the White House or Number 10 might not bother too much about the situation in India today, but that doesn’t guarantee a smooth ride for an increasingly illiberal India forever.

It is notable that even Union defence minister, Rajnath Singh, during his visit to Washington DC for the 2+2, said that India has “critical roles to play in the Indian Ocean region and in the wider Indo-Pacific…as a democracy.” This might be a duplicitous stand for him to take, but it shows that even the Modi government, whose ministers and cheerleaders often deride the West for its preachings on democracy, knows full well what the West values India for.

In fact, just two days after his visit, the US Department of State released its annual Country Reports on Human Rights Practices, which offers a detailed and damning lowdown on various forms of human rights abuses underway in India. This includes attacks against Muslims, violent eviction of Bengal-origin (Miya) Muslims in Assam, and prolonged detention of political activists.

All of these become especially relevant today as Western governments and the intelligentsia drag India to the witness box over its neutrality on the Russia-Ukraine crisis.

As New Delhi defiantly refuses to call out Vladimir Putin’s cross-border aggression and buys Russian oil, some heads are turning. Modi is being equated to Putin – certainly on Twitter, and probably behind closed doors. Washington is sending emissaries to New Delhi with ominous warnings. The sanctity of its commitments as a Quad member is being scrutinised. Reportedly, Germany is contemplating dropping India from its list of invitees to the upcoming G7 meeting in Bavaria over the latter’s position on Russia-Ukraine.

None of this means the West will abandon India anytime soon. In fact, the depth of the recent India-US 2+2 shows that Washington still sees great value in empowering India, as also captured in its recently-recent Indo-Pacific strategy. But, India’s sharp turn towards a decidedly authoritarian and majoritarian future means that it has one less insurance against global censure, and a time-tested one at that. With all its intellectual capital and access to global networks of knowledge and influence, if India’s foreign policy community remains silent as a stone today, it will be equally responsible for abetting the terrifying endgame that the ruling regime in New Delhi is pushing India towards.

And those who fully understand the gravity of the situation in India need to decide for good how they see the nation’s foreign policy – as a meaningful extension of Indian interests of which every citizen is an equal stakeholder or an ivory-tower public relations exercise that represents only the majority.

Angshuman Choudhury is senior research associate at the Centre for Policy Research, New Delhi. He is also a member of the Indo-Pacific Circle and works on Indian foreign policy, Myanmar, and Southeast Asia.