The draft resolutions have been tabled by six different political groups in the 751-member European Parliament, ranging from left to centre-right and even right wing. 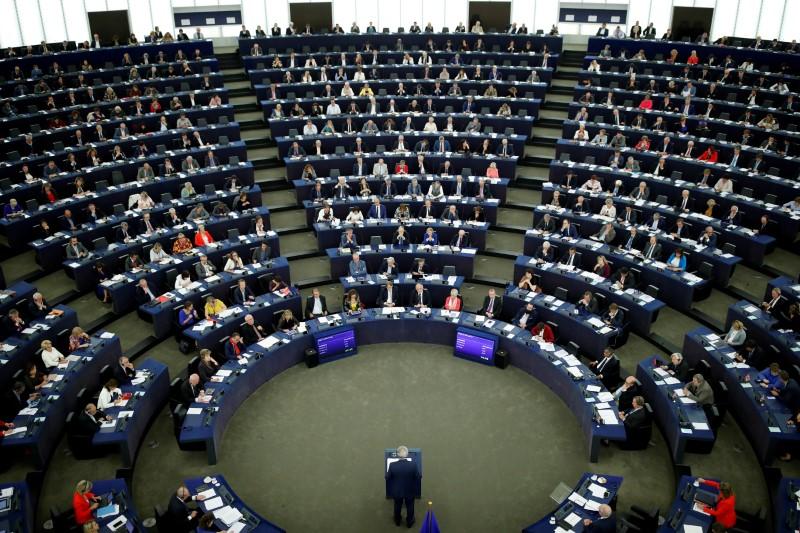 New Delhi: The Indian government is continuing to monitor whether the six draft resolutions tabled in the European Parliament (EP) critical of India’s Citizenship (Amendment) Act will be voted on, even as New Delhi is taking heart from the European Union’s remarks that the legislature’s opinions are not the same as that of Europe.

The draft resolutions have been tabled by six different political groups in the 751-member European Parliament, ranging from left to centre-right and even right wing.

The text of the resolutions by the centre-right European People’s Party, the largest bloc in the EP and the right wing, euro-sceptic, European Conservatives and Reformists, have said that while India is right to attempt to regularise the legal situation of persecuted minorities, it should not create a separate set of rules for others.

A “…less favourable set of rules for others will prove counterproductive and may be considered discriminatory; recalls that an effective national asylum and refugee policy should be just and holistic in nature and apply to all those in need,” said the EPP draft resolution.

The text submitted by the more Left-aligned blocs have used even more critical language, with all the other four texts asserting that the CAA would create the “largest statelessness crisis” in the world.

Also read: EU Parliament to Debate, Vote on a Motion on Anti-CAA Resolution

The draft resolution tabled by the second largest political group in the European Parliament, the Progressive Alliance of Socialists and Democrats (known as S&D), “denounces the fact that India has incorporated religious criteria into its naturalisation and refugee policies”. It also calls on the Indian government to “address the legitimate concerns raised over the NRC, which may be used to target marginalised groups”.

The Left Greens-European Free Alliance had also noted in their draft resolution that the concern was not just with the CAA, but also with Indian government’s “push for a nationwide citizenship verification process, the National Register of Citizens” and referred to the two million people rendered ‘stateless’ in Assam.

It, however, doesn’t go as far as the European United Left–Nordic Green Left (GUE-NGL), which is the only bloc which also calls for implementation of UN Security Council resolutions on Kashmir.

The draft resolutions are scheduled to be debated during the EP’s plenary session on January 29 and then tabled for a vote on January 30.

Indian government sources indicated that it should not be taken for granted that the resolutions would be voted on. In September last year, the European Parliament had discussed Jammu and Kashmir September 2019, but did not go for a vote.

South Block sources said on Sunday that the CAA was an “internal matter”, but that India was ready to explain its perspective to the sponsors of the draft resolution.

Incidentally, in October 2019, Indian government had facilitated the visit of 22 members of European parliament (MEPs) to Kashmir, which was the first trip of foreign officials to the erstwhile state. The trip was characterised as a “private” visit by the MEPs and not connected to the European Parliament but generated a huge controversy because the Modi government facilitated their visit at a time when Indian parliamentarians were barred from travelling to the Valley.

The MEP delegation included members from the Czech rightist KDU-CSL and Forza Italia, who are part of EPP, which has tabled a draft resolution.

One of the listed sponsors for the resolution from ECR group is Hermann Tertsch of Spain’s Vox party, who had also been part of the delegation.

MEP Chris Davies, who had been dropped from the Kashmir visit after he asked for more free access, is listed as a sponsor on behalf of the Renew Group.

Incidentally, the draft text of the Greens-European Free Alliance, which comprises Green and regionalist parties, specifically criticised the private visit in the “strongest terms”.

They criticised the 22 MEPs for having

“failed to publicly call for access for UN Special Procedures or to denounce the human rights violations in the area; denounces the use of this trip to legitimise Prime Minister Modi’s nationalist agenda and the human rights violations carried out under his authority; stresses that pursuant to the Decision of its Bureau of 15 April 2013, Members must disclose their attendance at events organised by third parties where the reimbursement of their travel, accommodation, or subsistence expenses, or the direct payment of such expenses, is covered by a third party; recalls that in such cases, Members must submit their declaration no later than the last day of the month following the final day of their attendance at the event; regrets the fact that five Members who were part of that delegation have failed to fulfil this obligation; calls on its President to take the appropriate measures in accordance with Article 8 of the Code of Conduct, and to refer the matter to the Advisory Committee”.

The European Commission Vice-President/High Representative of the Union for Foreign Affairs and Security Policy (HR/VP) Josep Borell is slated to deliver a statement on Wednesday at the parliament’s plenary.

While India awaits the EP debate, the EU’s spokesperson for foreign affairs and security policy Virginie Battu-Henriksson said on Monday that it was “important to recall that these texts are only drafts tabled by various political groups in the European Parliament”.

Indian officials stressed that the resolutions, if passed, are non-binding and will not have any practical impact on the EU’s foreign policy towards New Delhi. However,  if passed, the optics of the resolutions criticising India’s CAA would clearly be negative.

The Indian government is a bit relieved that the Battu-Henriksson’s statement seemingly puts some distance between the draft resolutions in the European Parliament, as a separate independent institution, and the EU.

“Let me also remind you that the opinions expressed by the European Parliament and its members do not represent the official position of the European Union,” said Battu-Heriksson.

She also said that India and the EU are slated to hold their 15th summit in Brussels in March. “India is a key partner for the EU to address global challenges and to jointly promote the rules based multilateral order,” added the EU foreign affairs spokesperson.