The US report pointed out that China was taking 'incremental and tactical' steps to press its claim, explicitly referring to the construction of a 100-home civilian village in Arunachal Pradesh. 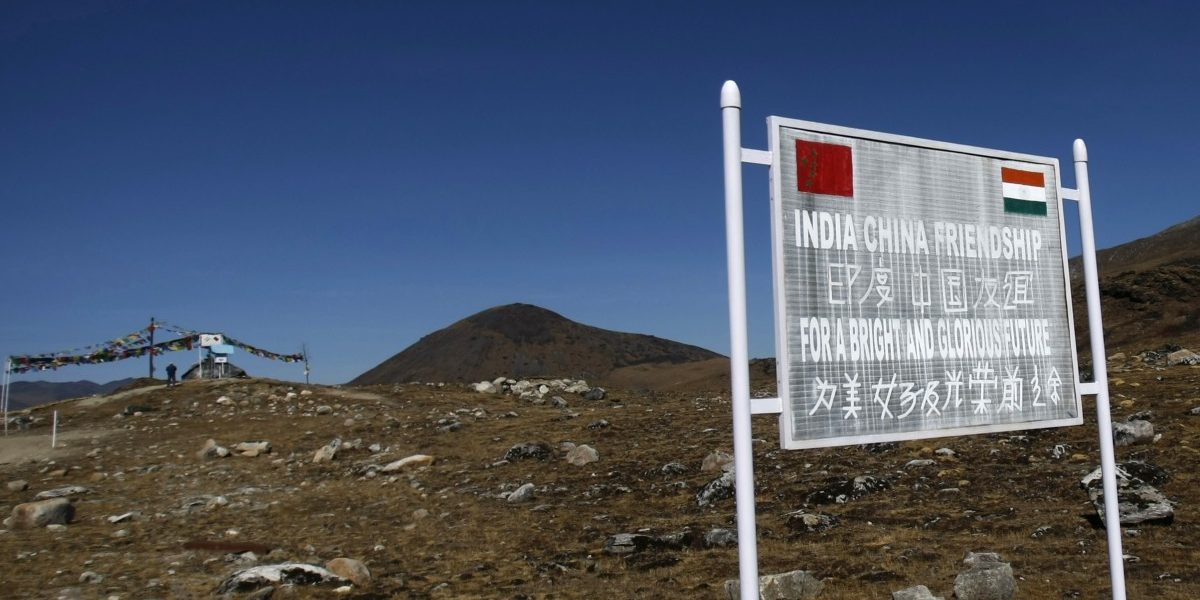 A signboard is seen from the Indian side of the Indo-China border at Bumla, in Arunachal Pradesh. Photo: Reuters/Adnan Abidi/File Photo

New Delhi: Following the publication of a US government report that highlighted China’s construction of a village in Arunachal Pradesh, India on Thursday reiterated that China has been undertaking illegal construction activities “along the Line of Actual Control (LAC), which New Delhi has always protested. However, Chief of Defense Staff Bipin Rawat dismissed reports that mention that the Chinese are constructing villages in the Indian territory of the state.

Earlier this month, the US Department of Defence’s (DOD) report to the Congress on the Chinese military had a special section on the ongoing border standoff between India and China. The report had also pointed out that China was taking “incremental and tactical” steps to press its claim, explicitly referring to the construction of a 100-home civilian village in Arunachal Pradesh in 2020.

At the weekly briefing on Thursday, Ministry of External Affairs (MEA) spokesperson Arindam Bagchi said that India has “taken note” of the DOD report, which “also makes a reference to construction activities by Chinese side along the India-China border areas particularly in the Eastern Sector”.

Bagchi then asserted that China had “undertaken construction activities in the past several years along the border areas including in the areas that it has illegally occupied over the decades”.

China claims approximately 38,000 square kilometres (sq. km) in the Union Territory of Jammu and Kashmir. This is in addition to the 5,180 sq. km that Pakistan signed off to China in 1963. Besides, China has also laid claim to another 90,000 sq. km in the territory of Arunachal Pradesh in India.

“India has neither accepted such illegal occupation of our territory nor has it accepted the unjustified Chinese claims,” he added.

The senior MEA diplomat added that India has “always conveyed its strong protest to such activities through diplomatic means and will continue to do so in the future”.

Speaking at the Times Now Summit 2021, Rawat, however, claimed that China had only been carrying out construction on its side of the LAC. He also flatly asserted that “as far as we are concerned, no such village development has taken place on our side of the LAC”, referring to the US report’s claims.

“The present controversy – that has erupted – that the Chinese have come across into our territory and built a new village is not true,” he said.

He claimed that China was probably constructing some buildings for accommodation of its soldiers along the border, whose numbers had risen exponentially.

“But what I wish to come out with is that the Chinese are building villages possibly for billeting and locating their civilians or for their military in the future all along the LAC, particularly after the recent face-offs that we have had,” Rawat added. He also said that both the Indian and the Chinese forces have posts on their respective sides of the LAC.

“Wherever the Chinese have now developed their posts, some old dilapidated huts [already] existed in that area,” he said. Some of those huts have been broken and modern huts are being built, he added.

“They are building this infrastructure, this kind of so-called villages, which are well within their side of the LAC. They have not transgressed anywhere on our perception of the LAC,” he said.

Rawat’s assertion echoed the statement made by the Prime Minister Narendra Modi last year after the Galwan encounter that China had not intruded into the Indian territory across the LAC.

Rawat further said that there are different perceptions of the LAC but the Indian armed forces know where the LAC lies.

When asked if he thinks such village development is muscle-flexing on their part, he replied: “Certainly not, I won’t call it muscle-flexing. With the development of these villages, they are trying to make sure that they reach out to their border areas, and it is something we should also be doing.”

The MEA spokesperson also pointed out that the government had increased the rate of development of border infrastructure. “The government remains committed to the objective of creating infrastructure along the border areas for the improvement of livelihood of its citizens, including in Arunachal Pradesh”.

India’s first CDS also revealed that the nation was concerned about its border area development projects. “In fact, we are encouraging people to go there and stay back in those villages because a large number of villages along the LAC are being vacated. Why are they being vacated? Because people find more opportunities for jobs, [better] education, health infrastructure, in the inner areas,” he explained.

The government is also keeping a “constant watch” on all developments having a “bearing on India’s security” and “taking all the necessary measures to safeguard its sovereignty and territorial integrity”, added Bagchi.

Also read: Behind the Modi Government’s Doublespeak on Ladakh, a Refusal to Acknowledge Reality

In May 2020, India noted an unusual build-up of troops across the LAC in eastern Ladakh. This eventually led to standoffs at multiple points as Chinese troops transgressed across the LAC to set up a more regular presence and curb India’s patrolling patterns.

This standoff resulted in the first casualties along the LAC in 45 years. At least 20 Indian soldiers and four Chinese soldiers died during hand-to-hand combat at Galwan valley in June 2020.

Since then, there have been 13 rounds of Corps commander level meetings, which have resulted in de-escalation at two points. However, there has been no progress on the other two remaining standoff locations.

At the last meeting in October, both sides issued accusatory statements against each other for the collapse of talks.

According to the observations in the Pentagon report, China has expressed its intent to prevent the standoff from spreading into a bigger military conflict. At the same time, the Chinese state media have also asserted that Beijing does not intend to make any territorial concessions.

“People’s Republic of China (PRC) officials, through official statements and state media, had also sought unsuccessfully to prevent India from deepening its relationship with the United States during and subsequent to the standoff, while accusing India of being a mere “instrument” of US policy in the region,” added the report.