When Muhammad Ali Came to Bombay and Floored the City 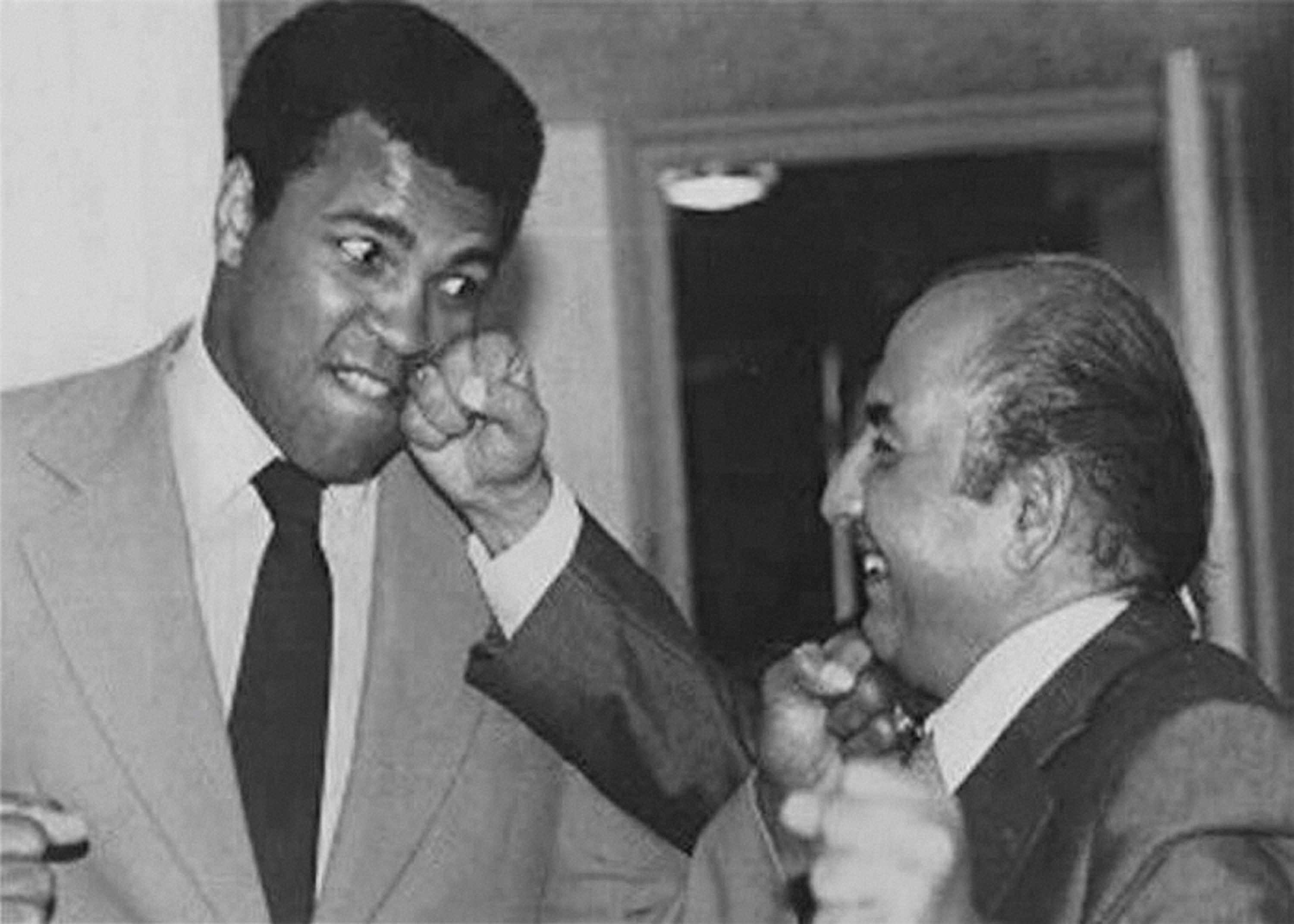 A file photo of the music legend Mohammed Rafi with heavyweight boxing icon Muhammad Ali, who died in Atlanta on Saturday. Credit: PTI

Muhammad Ali is coming to town-that bit of news had sent great waves of excitement in Bombay over 36 years ago. The Apeejay Group was sponsoring an India visit in January 1980; he was scheduled to visit Delhi, Bombay, Madras and Calcutta. An exhibition match too was arranged in the city-the tickets were sold out in hours.

His Bombay visit included a press conference and a packed hall at the Taj Mahal hotel waited for the champ to arrive—his flight (on the monopoly Indian Airlines, naturally) had been delayed. When he finally came, the entire press contingent and not a few fans who had managed to sneak in, got up and applauded.

In person he was tall and beautiful – the word handsome did not do him justice – and moved with grace but not swagger. For that generation, Ali was not just a boxing champ but an icon who had stood up to his government and refused to go and fight as a soldier in Vietnam. “Why should they ask me to put on a uniform and go 10,000 miles from home and drop bombs and bullets on brown people in Vietnam while so-called Negro people in Louisville are treated like dogs and denied simple human rights,” he had said.

In an era of rebelliousness and anti-US sentiment for its Vietnam war, this made him a hero around the world. Add to that his impromptu poetry, his gift of the gab and his stratospheric level self-confidence, inside and outside the ring—it had turned him into a global superstar. His millions of fans lapped up all his witty one liners and even his song became a huge hit.

A road named for the champ

Ali took the mic and his first words were: “I am happy to be in Bombay; I was driving here from the airport and came via Muhammad Ali Road—you have already named a road after me.” The house was in uproar-Muhammad Ali Road is one of the oldest arterial roads in the city; it was a good start.

A senior journalist got up and asked: “What did you think of Indian Airlines, which always flies late?”

Ali did not like this question. “I never imagined the first question by an Indian journalist will be so negative about India.” It was a smartly delivered jab, after which he looked around for another question.

I got an opportunity to lob one at him, asking him how he reconciled his spiritual and peaceful mission as a Muslim with a sport such as boxing. Ali had converted to Islam in the 1960s, soon after beating Sonny Liston for the world heavyweight title in 1964. It was a hugely political gesture in the US at the time. He seemed to ponder on this for a moment, and then explained that he did not see any contradiction in the two.

Then came a question — from one of the organisers of the visit — that was obviously rigged-“how fast are you, really.” Ali put on a mock angry face, called him up on the dais and asked him to hold up his palm; he then got into a boxing stance and a second or two later, without having done anything asked: “did you see my fist jab your palm? That’s how fast I am.”

Fans got to see his prowess at an exhibition match with former heavy weight champion Jimmy Ellis who was travelling with him. Retired ad man Randhir Behl recalls Ali jumping from the ring into the stands and putting up his dukes to him. “I had been heckling him and he heard and came towards me. Had he actually thrown a punch I would have been knocked out,” says Behl. The moment made it to the city newspapers. From Bombay he went on to Madras where he had another mock boxing match in the presence of chief minister MG Ramachandran and then to Calcutta where he made a hefty donation to Mother Teresa’s Missionaries of Charity.