What Is Home? A Poet's Quest for an Answer

For the migrant labourer, though, there’s neither a true home nor a body-home in which he can peacefully “grow old in” and “die in”. 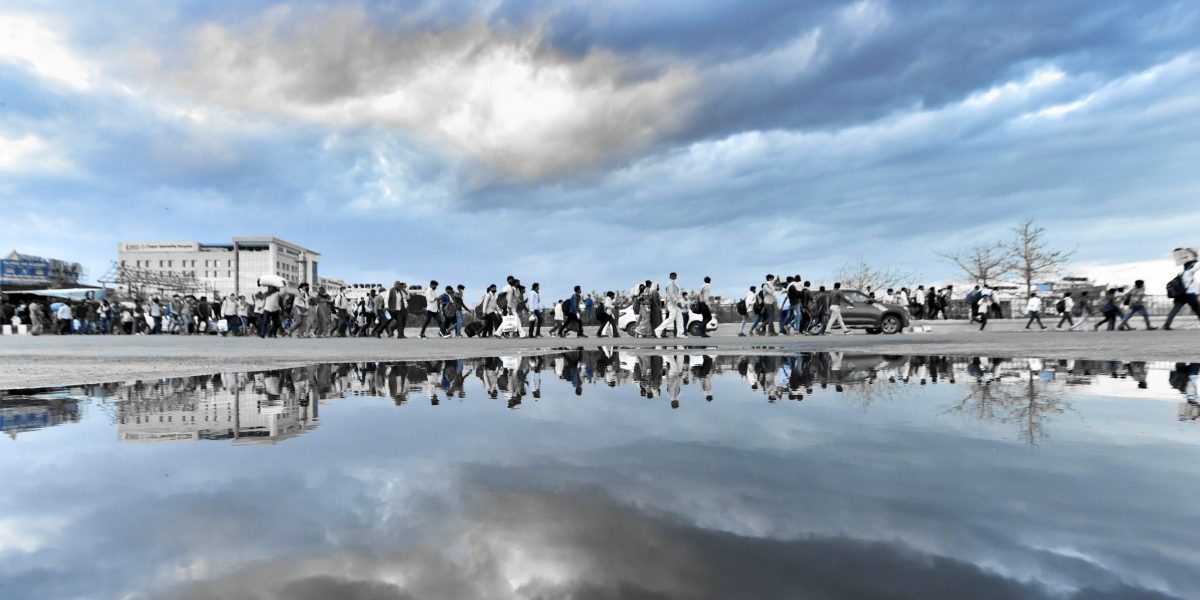 The poet who wrote these lines couldn’t have felt fully at home in the world. What shelter was Eavan Boland after? What was it that a poem could give her but all else on the planet couldn’t? She was dying for it, and was ready to die in it. But before that, she wanted to live—live and age with grace in a space she could call her own even if she wasn’t its architect.

Yet an hour can have shape and proportion,
four walls, a ceiling.
An hour can be dropped like glass.

The sound of an object dropped like this wouldn’t be heard as distinctly outside as it would be inside. To make us listen to the music it can make, private space does not depend on noise cancellation. Even if made only of shards, an hour seems to be sufficient for someone like Hirshfield as long as it can house her, because life cannot.

She is not looking to “go through” life “as if” it were a door “to another”. The only door she is interested in is the one that lets her in, and then lets her be. An hour can be enough to infuse meaning into life, in turn a repository of hours—one’s own bricks with “shape and proportion”. Both Boland and Hirshfield bring precision to the walls they want to inhabit, and imagination is the mortar they put to work.

When a home like that seems unattainable, even a pinch of the dust that sleeps within it is enough to acquaint you with the joy of acquisition. It’s this dust you are after when entering a poem’s interior, the enjambed lines replicating the edges of a wall that was knocked down from one side, not at random but with deliberate care. Your gaze hangs on the edge of a line’s ultimate word as if on a half-protruding brick.

Also read: A Prayer and a Love Poem For Our Stricken World

The jagged outline of the carved side gives the wall an individuality it would lack if it were allowed to attain the conventional straightness. The pleasures that irregularity promises are the most tempting, and also the most rewarding. The temperature, light, smell and texture of an interior depend on the interior of the person visiting. When resonant interiors mingle, a season happens. The home you find in a poem contains seasons that are not at the mercy of either the clock or the calendar:

But there’s a way of life
that is its own witness:
put the kettle on, shut the blind.
Home is a sleeping child,
an open mind

and our effects,
shrugged and settled
in the sort of light
jugs and kettles
grow important by.

That’s Boland again, in her poem ‘Domestic Interior’. The Rig Veda mentions two inseparable birds taking shelter in a fig tree. While one eats a fig, the other just looks on. The indulgence of the first bird (the impulsive soul, or the atman) happens well within the visual field of the second (the unruffled observer or Supreme Soul, the paramatman).

The presence of this second bird “that is its own witness” is unmistakable in Boland’s poem. Life is the tree to which both birds cling, and this tree is as much outside as it is inside the birds. It is both provider and witness that knows “the sort of light” unremarkable objects “grow important by”—a home that shelters as well as liberates.

There’s another dwelling to reckon with. Much before the walls and the ceiling, it’s the body that becomes a home. In the Robert Bly and Jane Hirshfield version, the sixteenth-century poet-saint Mira builds on the idea of a body-home in this manner:

Friend, this body is a great ocean,
Concealing reefs and sea-vaults heaped up with jewels.
Enter its secret rooms and light your own lamp.
Within the body are gardens, rare orchids, peacocks, the inner music.
Within the body, a lake; in its cool waters, white swans take their joy.
And within the body, a vast market—
Go there and trade, sell yourself for a profit you can’t spend.

The keyword here is “own”. The treasure is there for the taking provided you carry “your own lamp”. Light loves a lamp that is free of soot, but nothing in the mercenary world is free of cost. Bodies perish while markets flourish. Markets bow to the machinations of those controlling them, but the body has only its modest ways to fall back on, ways it can either comply with or modify. Compliance is conventional. It helps keep the unknown at bay, and thus avoid peril. That’s ordinary trade, promising ordinary gain. If you are looking “for a profit you can’t spend”, you need to put much more at stake. Mira did.

Not everybody is capable of such a transaction, though. Some, like migrant workers, learn to remain content with whatever little comes their way. They can neither give the body-home the dignity it deserves, nor dream of a decent home for the neglected body toiling ceaselessly in workplaces that promise nothing more than two square meals a day—sometimes not even that. These workhorses are so ubiquitous that they become invisible. The world isn’t in the habit of looking into their eyes, which are forever filled with the dream of returning home. In his poem ‘Home is Always Away’, Mangalesh Dabral writes:

The circuit has been completed many times, but every excursion exacted a price, which was inflated with each passing day.

With life locked inside the body, the keys melt into our bones the moment they come into existence. The time allowed to forge new keys is a lifetime. We may easily run out of it before we even become aware of the incarceration, let alone make effort to turn a new leaf as a keysmith. The very existence of old keys presupposes belief in the known unknown locked inside. Those turning away from this belief seem unwilling to bear the burden of being labelled spiritual or—to their consternation—worshippers of the divine.

However, the divine cannot exist without the human. For instance, thinking about the Sikh Gurus, we may tend to forget that they were, first and foremost, humans. They couldn’t have known what they knew without the refuge of the body. The trajectory of a flight begins with a point, and that point is situated in the ground. It may be a tree, a tower, a riverbank, a dune, a mountain. For those approaching enlightenment, it’s the body.

Even the Gurus despaired, but despair couldn’t stop them. They used their refuge to plant a full forest, each tree becoming the beginning of a new flight, each word a bird yearning for the unknown. Imagine what would have Nanak been going through when he wrote:

If the heart becomes a foreigner,
the whole world turns foreign.
Where do I unknot my bundle?
Every square inch is home to pain.

Living in a world that never tires of promising you its endless joys, there come occasions that make you turn to that orphan within, that outsider: the heart. All this while, you’ve been emptying your energy reserves into an abyss that remains unquenchable—all at the expense of your tiny friend, now a foreigner.

What happens when you wake up one day only to find that you don’t belong where you live? You become free of complaint, because it doesn’t matter in a land that is now alien. You get up and move on. But for a journey like this, all belongings—material or spiritual—are best left behind. The question is, can you?

In his poem ‘Checkpost’, the Punjabi poet Swami Antar Nirav addresses this question in the context of the labourer destined to remain a migrant:

What do you do?
Now nothing

Where do you live?
Home

Where’s home?
Where I live

What’s on your head?
A bundle

What’s in the bundle?
Home

The migrant’s head is never free. Even when apparently free, this head balances the permanent outline of a burden. Awake or asleep, it carries the load which is tailormade to press the head down so hard that all the dreams within are crushed, including the dream of a safe passage home. In the words of the Marathi poet Mangesh Narayanrao Kale:

For the migrant labourer, though, there’s neither a true home nor a body-home in which he can peacefully “grow old in” and “die in”. He is in perpetual exile. As the unforgettable John Berger put it in A Seventh Man, “The final return is mythic. It gives meaning to what might otherwise be meaningless. It is larger than life. It is the stuff of longing and prayers.”

Note: The excerpts by Guru Nanak, Mangalesh Dabral and Mangesh Narayanrao Kale and the poem by Swami Antar Nirav were translated by Sarabjeet Garcha.

Sarabjeet Garcha is a bilingual poet and the author of four books of poems, including A Clock in the Far Past. The recipient of a fellowship in Hindi literature from the Ministry of Culture of India, he is the founder and editorial director of Copper Coin, a multilingual publishing company. His Instagram handle is @sarabjeet.garcha.