Tracing the Roots of Tamil Muslims

Film maker Kombai Anwar’s search for the roots of his community of Tamil Muslims led to the making of Yaathum, which just won an award at the Houston Film Festival. 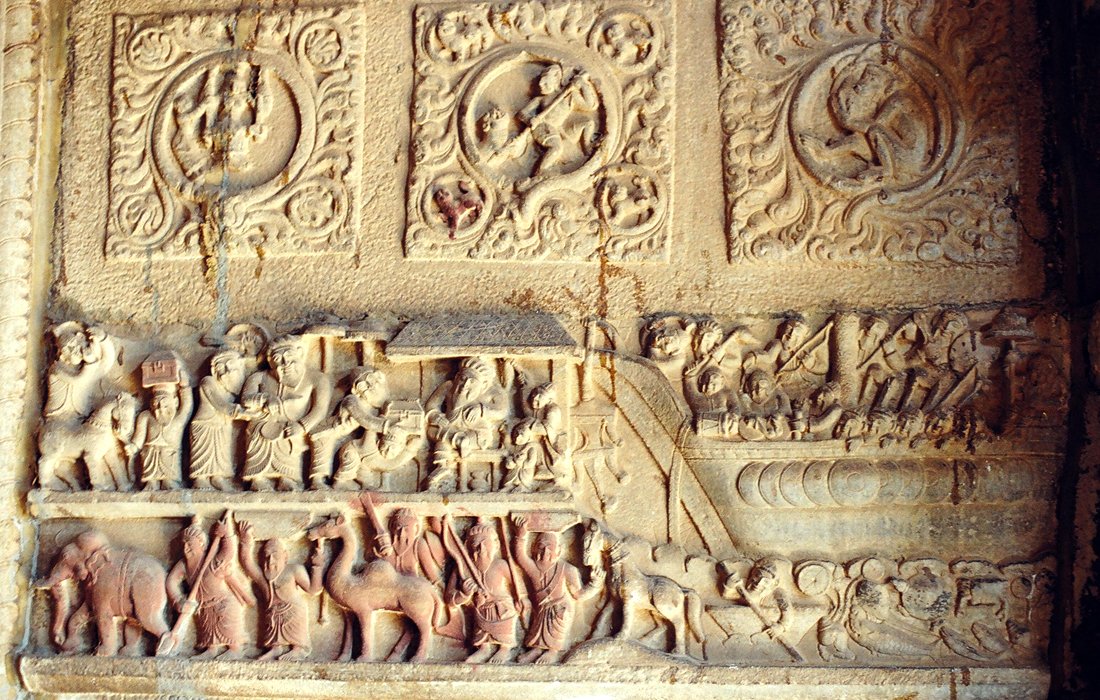 The Jumma Masjid of Kilakarai was built in the 17th century in the style of a Dravidian temple.

Chennai: A procession of Lord Ranganatha follows a muezzin calling the faithful to prayer. It’s a common sight in urban Tamil Nadu, and it forms the opening scene of Yaathum, a documentary which traces the roots of Tamil Muslims.

In the town of Kombai, however, the idol of Ranganatha is special – it was a gift from Tipu Sultan, the ruler of 18th-century Mysore.

“When Tipu Sultan was camping in Dindigul, and visited by the local Zamindar of Komabi, he was captivated by the dogs that accompanied the Zamindar’s army,” said Kombai S. Anwar, Yaathum’s director. Kombai, the town, was even then famed for a ferocious breed of dogs. “After knowing about their traits – loyalty and fearlessness – Tipu Sultan decided to include Kombai breeds in his army. When the army charged, the dogs would tear apart the hamstrings of enemy horses. In return for the dogs, Tipu agreed to present this idol of Ranganatha.” Kombai S Anwar, with his team while shooting for the Big Temple film.

Last month, Yaathum won the Bronze Remi award at the 48th Annual WorldFest-Houston film festival – a surprising win for a film about Anwar’s search for the roots of his community of Tamil Muslims. Through that story, Yaathum aims to correct some dire assumptions about the history of Islam on Tamil soil.

“Western historians argue that Islam advanced by the sword,” said Anwar. “But in Tamil Nadu, it arrived through trade. A sculpture depicting Arab merchants arriving in boats at Thirukkurungudi temple [one of the 108 Vaishnavite shrines] bears testimony to that trading history.” Islam adapted to local traditions and imbibed many aspects of local culture, Anwar adds, giving the example of how early mosques were built in Dravidian architectural styles. A 17th-century mosque in Kilakarai, built by the philanthropist Seethakathi, perfectly replicated a Tamil temple, though without any icons or images of divinities. The film tours through other contributions of Tamil Muslims to regional heritage. As Jains had previously enriched Tamil literature, for instance, a later contribution was made by Muslims. Umaru Pulavar of Ettayapuram wrote Seerapuram, a Tamil epic on the life of the Prophet, back in the 17th century. In the same period, Kunankudi Masthan Sahib wrote poetry in a mystical, metaphysical style inspired by the Siddhars, or Shaivite saints of Tamil Nadu. A formidable Tamil scholar of the twentieth century was  Sadavathani Sheikh Thambi Pavalar, from Nagercoil at the southern tip of the country. When scholars questioned the merit of Ramalinga Vallalar’s poetic opus Thiruvarutpa, Pavalar was in the forefront of Vallalar’s defence.

Today, in Madurai, a Muslim family continues to maintain the fence for the yaga kundam (where yagnas are performed) during the Shaivite Puttu Festival. Yaathum takes in these scenes with affection, even as it worries over the ability of such cultural mingling to survive the rising influence of Wahhabism and conservative Islam in the state.