Bourke-White captured an entire alternative history of the world, from the Partition to Russian industrial modernity.

We can tick off some of the events that produced phenomenal images, searing them into the human imagination across the world: the moon landing, the image of the earth from outer space, including ‘Earthrise’ (1968), the Holocaust and liberation of the camps, the mushroom clouds over Hiroshima-Nagasaki, the DNA’s structure, the ‘girl with the green eyes’, among others.

Among the iconic photographers of the 20th century who captured some of these images, one is particularly special: Margaret Bourke-White, the first woman to photograph Soviet industry, the first woman to cover wars as an accredited photojournalist and, for us in India, the woman who captured the Partition, Gandhi at the spinning wheel – arguably the most well-known representation of Gandhi – and Ambedkar in his Delhi home.

Also read: Life of a Kashmiri Photojournalist: Abuse, Hostility and Taking Risks to Tell The Story

Born in 1904, Margaret Bourke-White was nicknamed ‘Indestructible Maggie’. She died in 1971 after a protracted battle with Parkinson’s. During her career, her boat was torpedoed, she was stranded on an Arctic island, her helicopter caught fire, and she was in Moscow when the Germans bombed the city. She survived it all. 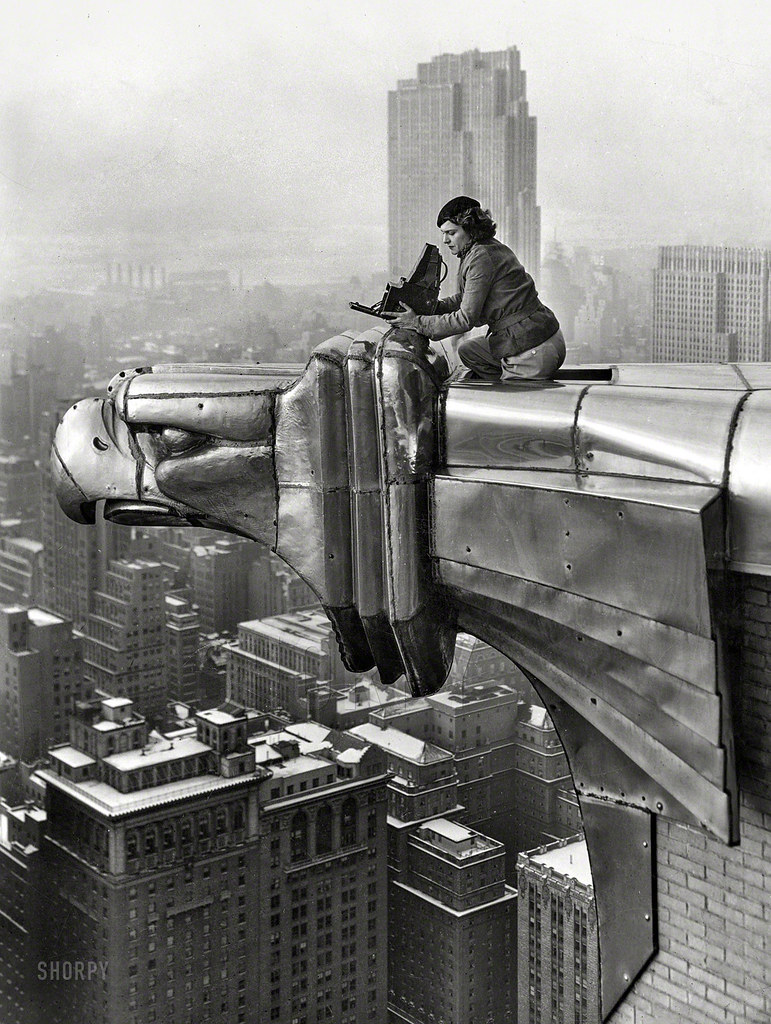 Standing high up on the scaffolding of the Chrysler Building that was under-construction, she photographed the New York skyline. She travelled through horror-zones in the Indian subcontinent and the European countryside at the close of the second world war. More than anything else, however, the determination to break the glass ceiling in professional photography defined Maggie. Bourke-White became famous in the US for her images of industry, from Cleveland and other places. She published the first images of the construction of the Fort Peck Dam. After seeing her work, the legendary Henry Luce of Life magazine hired her as a photojournalist – a job inconceivable for a woman at that time.

But today, she is known primarily for her work that has been incorporated into human rights campaigns and the global history of humanitarian disaster and rescue.

Bourke-White deromanticised the American way when she published the now-famous photograph of African-American flood-victims waiting for rations and relief in Life magazine. They were ironically queued up under a billboard that said: ‘World’s Highest Standard Of Living / There’s No Way Like The American Way’.

Highlighting the stark inequality – the billboard showed white families – in the US, Bourke-White captured the irony behind grand American narratives of prosperity and success. In 1931, Bourke-White published Eyes on Russia, a volume of photographs about the Russian five-year plans and captured some stunning images of the workers and the working conditions. This included an unforgettable image of a grim-faced Russian woman holding a slab of meat, an iron puddler and children in the nursery of an auto plant.

Her photograph of Joseph Stalin graced (if that is the word!) the cover of Life’s USSR special issue on March 29, 1943. She had already photographed Winston Churchill – two weeks before he became UK’s Prime Minister – and placed it on the cover of Life magazine, April 29, 1940, with the caption ‘Britain’s Warlord’. The caption would resonate throughout the Western world for a long time.

Also read: What Happened to the Women in Photography?

Her photograph of the astonishing aerial shot of Essen city in Germany bombed by Allied forces appeared in Life. Later, accompanying the Allied forces as they raced to liberate the camps in the wake of the German collapse in 1945, Bourke-White captured ‘The Living Dead in Buchenwald’, perhaps one of the most widely circulated images from the Second World War. 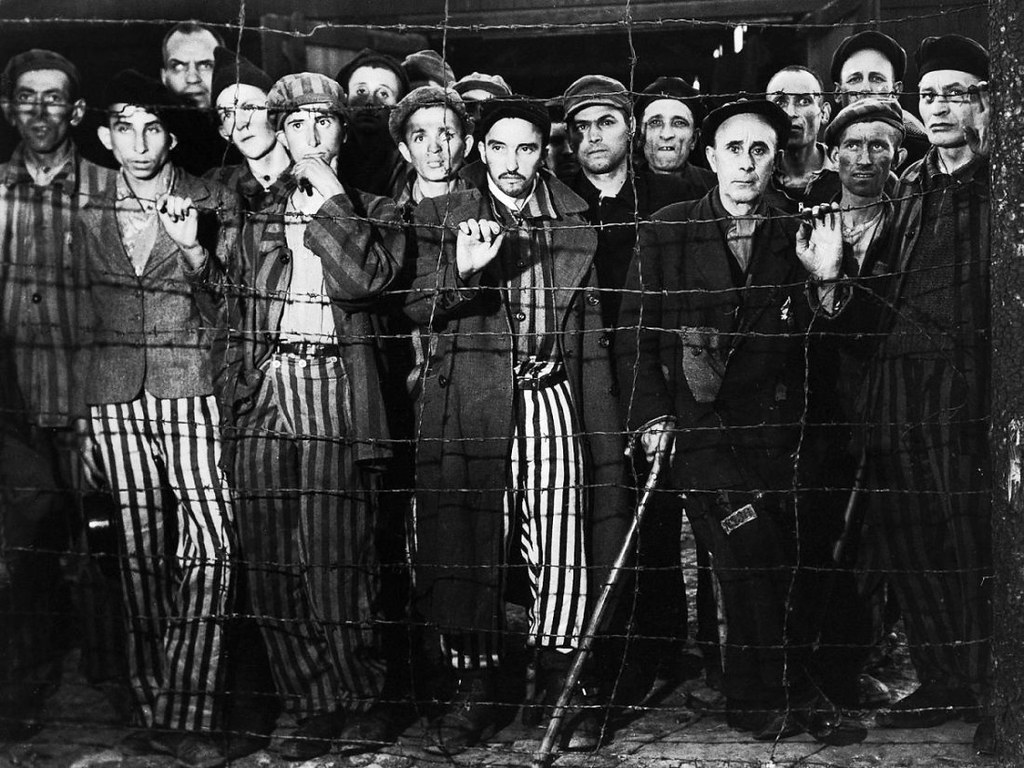 The Living Dead in Buchenwald by Margaret Bourke-White. Photo: Flickr

Now a part of the canon of war photography but also of Nazi Germany, Bourke-White whipped up a global humanitarian imaginary, and revulsion, at what was slowly unravelling: the most horrifying organised killing machine the world had ever seen.

But Bourke-White was not done yet. She moved places and time-zones: to the Indian subcontinent. Arriving in India in 1946, she sought a photograph of Gandhi. His secretary informed her, she would first have to learn to spin, and she retorted,  ‘Oh, I didn’t come here to spin with the Mahatma, I came here to photograph the Mahatma spinning’. The result is the iconic image of Gandhi that has been reprinted endlessly. Gandhi and the Spinning Wheel by Margaret Bourke-White. Photo: Flickr

Following Gandhi around for more photographs, she was nicknamed ‘the torturer’ by Gandhi himself. But this was not all. Aware of what Ambedkar was battling for and achieving in no small measure, she sought him out, and captured a meditative Ambedkar in his home in Delhi.

Bourke-White did not restrict herself to the images of ‘great men’. She was present at the Partition, and captured the horror through many photographs. These included the widely recognised picture of an old Sikh carrying his ailing wife as they fled across the newly created border that had divided the land as much as it had divided humanity, followed by images of starving people, ruined villages and then corpses lined up for disposal.

The collection, Witness to Life and Freedom: Margaret Bourke-White in India and Pakistan, by Pramod Kapoor and a foreword by Gopalkrishna Gandhi (2013) compiled her best work on the subject. Susan Goldman Rubin’s Margaret Bourke-White: Her Pictures were Her Life (1999), is at once a biography and a valuable selection of her iconic works.

Bourke-White’s aesthetic was a photo-realism that shook the complacency of the world.  In the words of visual studies scholar Jane Lydon, one could say that her images construct ‘ideas of humanity, citizenship, atrocity and justice’.

By focusing on those who had been denied humanity, citizenship and justice through afflictions of atrocity by governments, events and processes, whether war or state-owned industrialisation, Bourke-White captured in images an entire alternative history of the world, from the factories of Cleveland, Ohio, through the Partition and the Holocaust to Russian industrial modernity.

Also read: David Goldblatt, the Photographer Who Found the Human in an Inhuman Social Landscape

Today, Margaret Bourke-White ranks alongside some of the most important photographers instrumental in shaping the world’s imagination around humanitarian crises. Well-known today are Nick Ut, who photographed the ‘Napalm Girl’ from Vietnam, James Nachtwey, the celebrity war photographer who took a photograph of a famine victim, crawling, at a feeding centre in Somalia in 1993 and Kevin Carter, whose 1994 picture of the vulture following a scrawny child in the Sudanese scrubs, horrified the world and himself – he committed suicide in 1994, the year his photograph won the Pulitzer. But Bourke-White preceded them all.

Margaret Bourke-White’s work proffers today the evidence for ‘photographic humanitarianism’s claims’ from the war years, industrialisation and the Partition. They tell us, to adapt the words of Susie Protschky, ‘how (and whose) suffering is remembered’.