The Literary Life of Harold Bloom

The critic was an admirer of poetry who sought the simple pleasures of reading and his life was as illustrious as it was controversial. “A friend of Harold Bloom’s told me that for decades he used to morbidly joke about a fortune teller who predicted he’d die at 89. They thought he’d outlived the prophecy, but … no. I wonder if his death might have been partially psychosomatic, if part of him believed the curse,” wrote Lucy Alvarado in a tweet after Bloom passed away on October 14, 2019, at the age of 89.

The eminent critic who throughout his life fell in – and out – of love with the works of numerous poets was pushed into the arms of memory. His wife, Jeanne, announced that though he had been “failing health,” Bloom had continued to write and teach until last week.

A National Book Award finalist and a member of the American Academy of Arts and Letters, Bloom taught at Yale for 64 years and was a major figure in American poetry. Though both admired and despised – he was arguably the most controversial American critic – Bloom’s passing away is an occasion to speak not only about his illustrious yet controversial life, but also to remember him an admirer of poetry who sought the simple pleasures of reading.

As for Bloom, the work of memory had begun at a very young age. Born in 1930 to a family of Orthodox Jewish immigrants from Russia, he first fell in love with Yiddish poetry. In an interview with Antonio Weiss for The Paris Review, he recounted that Yiddish was the primary language spoken at his home and that his reading of the Hebrew Bible pushed him to read very systematically.

When he discovered the poetry of Hart Crane and William Blake at the age of ten or eleven, the “aesthetic experience” of reading their works had a major influence on him. When Bloom found the Collected Poems of Hart Crane at the Bronx Library and for the first time read, “O Thou steeled Cognizance whose leap commits / The agile precincts of the lark’s return,” he was swept away and more than six decades later, as he recounted his discovery of Crane he remarked that he still had that flavour of Crane’s book in him. A gift from his elder sister for his twelfth birthday, it was the first book he ever owned. As for Blake, Bloom said that he owes much to Prophecies for it was by reciting words from the book that he started to learn English. In an interview with Jennie Rothenberg Gritz for The Atlantic Monthly, Bloom said:

“I was already a ferocious reader of the great poets and the great writers when I was hardly big enough to get the books home from the library. My three kindly older sisters would carry them for me.”

Even though he had violently fallen in love with poetry, the thought of writing verse was something he had always been apprehensive of. “To be a poet did not occur to me. It was indeed a threshold guarded by demons. To try to write in verse would have been a kind of trespass. That’s something that I still feel very strongly,” he had said to Antonio Weiss. When at a young age Bloom was asked by one of his uncles who ran a candy store in Brooklyn what he wanted to do for a living, he had responded, saying: “I want to read poetry”. Though his parents wanted him to become either a rabbi or a doctor or lawyer, when his uncle informed him about poetry professors at Harvard and Yale, Bloom declared that he wanted to become one. He had, before his death, taught at both these institutions during his illustrious career.

At the age of 21, Bloom graduated from Cornell University, where he was mentored by the famous critic M.H. Abrams, before going to Yale for his doctoral studies. There, he was an instant hit – a well-read student who could challenge his professors. His first essay written for William K. Wimsatt Jr. was returned to him with a comment: “You are a Longinian critic, which I abhor.” Wimsatt had later abstained from voting on his tenure, announcing to his colleges that Bloom was “an 18-inch naval gun, with tremendous firepower but always missing the cognitive target.” Bloom went on to dedicate The Anatomy of Influence to Wimsatt to which he responded with a note:

“I read the surprising dedication and then read the book. I suppose this book entitles you to be the Plotinus to Emerson’s Plato, yours sincerely, William K. Wimsatt.”

It was, according to Bloom, “both a compliment and way of saying, ‘I don’t want any of this!’”, he said in an interview with Adam Fitzgerald for Boston Review.

Though his genius, as well as his ability to recite poems from memory, was appreciated by almost everyone, for most of his life, Bloom was viewed as a notorious figure in the Western literary circles. His love of reading and his intimacy with poetry stemmed from Romantics such as William Blake and Percy Bysshe Shelly and at an early stage in his career, he rejected the conservative formalism of T.S. Eliot who had dismissed Romanticism saying it was “excess in any direction”. He proclaimed that John Ashbery was a “stronger” poet than Eliot; that though tough Eliot’s ‘Preludes’ and ‘Rhapsody on a Windy Night’ were “genius”, he “loathed” him. Bloom had, in an interview, claimed:

“The man’s a strong poet because of his personality, a High Romantic imagination with power over rhetoric and diction. His supposed stance as poet and critic is completely bogus. I’m tired of talking about him.”

While Bloom was seen as a part of the ‘Yale critics’ such as Paul de Man and J. Hillis Miller, who had adopted Deconstruction in the 1970s, his views completely opposed the idea. Though he tried to redefine Romantic art through his works, by that time, it had become orthodox. He was, by all means, a staunch defender of the canon. In his book, The Western Canon: The Books and School of the Ages, had gathered Marxism, Feminism, Afrocentrism, Post-structuralism and other schools under an umbrella which he called the “Schools of Resentment”. According to him, these ideas threatened the western canon by challenging it and trying to break it apart by adding works which didn’t necessarily carry any aesthetic merit.

Bloom firmly believed that there was no space for politics in literary criticism and that a feminist or Marxist reading of Hamlet could reveal nothing about Hamlet, but would definitely reveal something about feminism or Marxism. In The Anxiety of Influence, he wrote, “the entire movement of our current School of Resentment is towards eradicating Shakespeare’s uniqueness”.

In The Western Canon, he named 26 writers who he believed were essential for the Western canon – ranging from Dante to Philip Roth. But at the heart of the book lay William Shakespeare, who was one of Bloom’s literary heroes and who, according to him, had “invented” the human. In the foreword to Susannah Carson’s Living With Shakespeare, Bloom had written:

He measured literary texts that belonged to the canon only through their aesthetic quality. In The Western Canon, Bloom had also suggested that “Freud is essentially prosified Shakespeare”. He insinuated that the Austrian psychoanalyst was threatened by the English playwright:

“Why didn’t Freud call it the Hamlet complex?… the Hamlet complex would have drawn the menacing Shakespeare too closely into the matrix of psychoanalysis; Sophocles was far safer and also offered the prestige of classical origins.”

Though he had gained infamy through his works and had faced attacks from all directions, the British critic Christopher Ricks had commented on his redundancy, saying: “Bloom had an idea; now the idea has him”. 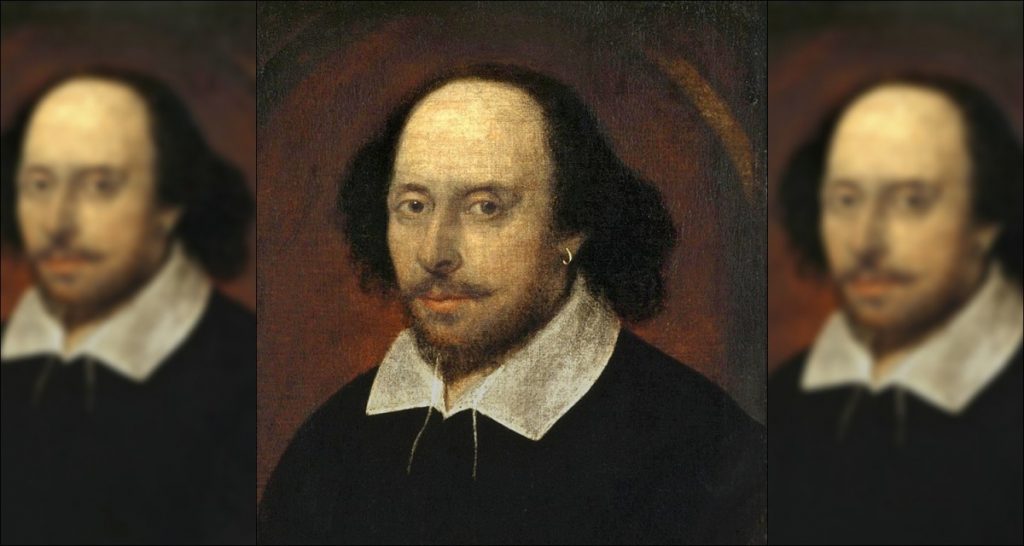 In 2007, Bloom came under fire again when he dissented against the Academy’s decision to give the Nobel Prize for Literature prize to Doris Lessing. He called it an act of “pure political correctness,” and that he found that her “work for the past 15 years quite unreadable,” before calling it “fourth-rate science fiction”. Lessing responded saying, “It was a very malicious thing. If he gets the Nobel Prize, believe me, I won’t be as bitchy.” 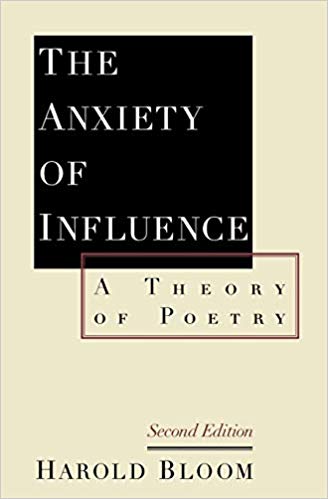 But Bloom’s book The Anxiety of Influence, where he stated that poets and writers wrestled with the literary precursors and denied the precursors’ influence on them while producing works which clearly revealed their loans from them, had taken the literary world by storm  — pushing his theory into literature classrooms all around the globe. Bloom’s central argument in the book was:

“Poetic Influence—when it involves two strong, authentic poets—always proceeds by a misreading of the prior poet, an act of creative correction that is actually and necessarily a misinterpretation. The history of fruitful poetic influence, which is to say the main traditions of Western poetry since the Renaissance, is a history of anxiety and self‐saving caricature, of distortion, of perverse, willful revisionism without which modern poetry as such could not exist.”

In the book, he traces Oscar Wilde’s The Ballad of Reading Gaol to The Rime of the Ancient Mariner, John Milton to Edmund Spenser, and John Ashbery to Wallace Stevens, who he further traces to Whitman. The American poet John Hollander had commented in a review for The New York Times,  saying, “The Anxiety of Influence may outrage and perplex many literary scholars, poets and psychologists; in any event, its first effect will be to astound, and only later may it become quite influential, though in a different mode from the one it studies”.

However, along with his theory which came from extensive reading of poetry, in the book Bloom laid out his mantra for the world: “Read, reread, describe, evaluate, appreciate: that is the art of literary criticism for the present time.”

Bloom was constantly reading and it was what brought him happiness. In the interview with Holdengräber, he had said that poems that were written by poets who “wounded” him with wonder, that “pierced” his heart, those that he couldn’t get over, inflicted upon him what he called the “immortal wound”, neatly placing his love for poetry in an innocent manner as a sensitive reader would.

“The work of great poetry is to aid us to become free artists of ourselves,” he wrote in The Art of Reading Poetry; at the end, poetry and literature were a means of liberation for Bloom. He will forever remain relevant as a constant light, a reminder of what reading can do and the importance it holds in our lives. “Literature for me is not merely the best part of life,” he wrote in The Anatomy of Influence: Literature as a Way of Life, “it is itself the form of life, which has no other form”.

Bloom, like an old prophet who had witnessed the light, not only preached the importance of reading poetry, he delineated how to read poetry and reminded the world of the joy of possession of poem by memory. Bloom’s passing away, allows us to quote him once more, letting him explain yet again, in his impassionate, lyrical manner, why we read — “to find ourselves, more fully and more strangely than otherwise we could hope to find”.

Manan Kapoor is the author of The Lamentations of the Sombre Sky.