The Last Nizam of Hyderabad, From Untold Riches to Total Obscurity

The massive fortune of India's richest royal family just dissipated because of indifference and ineptitude.

File picture of the last Nizam of Hyderabad, Mukarram Jah with his wife Esra 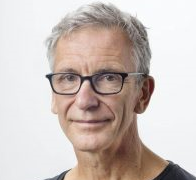 Wearing a yellow sherwani and dastar, Mukarram Jah looks stiff and uncomfortable as he emerges from a silver-blue Oldsmobile bearing the number plate ‘HYDERABAD 1’. His wife Esra appears more relaxed, dressed in a pale green sari, her hair covered by a scarf. Inside the Darbar hall of the Chowmahalla Palace in Hyderabad, male guests wearing dastars, fezzes and turbans sit patiently on a white cloth that covers the marble floor while the women watch from the gallery above the audience hall. Seated to the right of the throne are Jah’s father, mother, uncle and brother.

The old Musyram Regiment, dressed in a peculiar mixture of red and blue French dragoon-style trousers and jackets and Arab headdresses set on fez hats, makes up the guard of honour flanking the entrance to the palace. The Hyderabad anthem is played, followed by prayers in Arabic and an inspection by Jah of the palace troops. Holding a ceremonial sword, he enters the darbar hall as verses are recited from the Koran.

As Jah takes his place on the musnud, the president of India’s two gazettes acknowledging him as the successor of the Seventh Nizam and declaring him the ruler of Hyderabad and the sole owner of all movable and immovable property of Osman Ali Khan’s private estate are read out. From outside the palace come the sounds of a 21-gun salute and shouts of ‘Long Live the Nizam’ from the tens of thousands of people gathered in the streets.

Captured on grainy 16-millimetre footage shot by a German cameraman on April 6, 1967, the Mughal-style darbar would be the last of its kind not only in Hyderabad but also in India. Coming at the end of the 40-day period of mourning for Jah’s grandfather, Osman Ali Khan, it should have signified a new era for what had been India’s largest, richest and most powerful princely state.

Jah had just inherited what was probably the largest fortune in the world. The vast estate included a treasury that was said to contain more jewels than those of all the other princely states put together, a list of properties including palaces, forts and havelis more than 50-pages long and 14,718 staff and dependents that his grandfather still maintained, two decades after Hyderabad had lost its independence.

But Jah had little interest in either the immense fortune now at his disposal or the legacy he shouldered. After the conclusion of the ceremony the camera captures a telling moment that will set the scene for the next 50 years. As he and Esra stand on the steps of the darbar hall the royal guard presents its arms in a royal salute and the anthem of Hyderabad is played. The camera lingers on this scene for a long time, not because of its significance, but because the Oldsmobile meant to take the royal couple back to their residence has broken down.

Uppermost in Jah’s mind at that moment, he would later tell me, was not the significance of the ceremony, but why the imported V8 was refusing to start. When asked about the president’s proclamation making him the Nizam, he replied, “I think it was a case of someone dragging out some files marked ‘Succession’ and saying, ‘Let’s use this one’. Officially I was the Nizam, but since 1948 there was nothing to rule over.”

Jah’s indifference still haunt’s Hyderabad half a century on. It would take just two decades for most of his inheritance to be squandered and for much of the material legacy of the Nizams – palaces, jewels, antiques and historical documents – to be lost forever.

Apportioning blame is not straight forward. In the late 19th century, The Times of London described Hyderabad as “perhaps the greatest hotbed of intrigue in all India”. When Jah came to the throne in 1967, little, if anything, had changed. When I was researching my book The Last Nizam: The Rise and Fall of India’s Greatest Princely State in 2005, it was Jah’s private secretary David Michael who put it most succinctly: “The fall of the House of Asaf Jah was part political, part social, part conspiratorial and part total ineptitude.”

Jah’s hands-off approach to managing his affairs was clearly a contributing factor. In 1972, he bought a half-million acre sheep station in Western Australia where he could tinker with his ‘toys’: D9 bulldozers bought second hand, amphibious tanks saved from the scrapheap, a decommissioned mine sweeper that he converted into a yacht and an army personnel carrier, to name just a few.

He loved the anonymity, the informality, the wide-open spaces of the Australian outback. It was as far away as one could get from the fawning sycophants who surrounded him whenever he stayed in Hyderabad, and also the Indian tax authorities and the rapacious relatives who felt entitled to a slice of his inheritance. For the next quarter of a century he tried to carve out a kingdom in the desert, nurturing dreams of retiring quietly and gracefully as ‘an old-fashioned gentleman farmer, who through choice of his own adopted the Australian way of life’, as he once said.

His adopted lifestyle, however, came at a cost. Murchison House Station ran at a constant loss, draining his resources. But the main damage was being done in Hyderabad. Jah left the management of his inheritance in the hands of people he thought he could trust, with disastrous consequences. Priceless antiques were pillaged or sold off for a fraction of their worth. Jewels landed up at international auction houses. Palace lands were being encroached on.

One of those closely watching this slow-motion car crash was Mir Ayoob Ali Khan, who I interviewed when he was working for the Deccan Chronicle. “Jah was always short of cash. Even in those early years he was already running up debts and tax arrears. The order would come that he needed money and out came the jewels and antiques. If the offer was [Rs] 10,000 they would say take it, 2000. And these rupees would be unaccounted for. How much of these rupees went to Mukarram Jah nobody knows, how much went to the GPA [General Power of Attorney] nobody knows. But the property, the precious antiques and so on were vanishing from his palaces. Lots of people were making money and the controlling authority was very weak. Whoever Jah put there was unable to check the slide.”

By 1990 the slide had become a rout. The pain was being felt in Australia where Jah was unable to pay his bills. An old family friend, the late Hyderabadi jeweller Sadruddin Javeri, lent him money and briefly put his affairs in order, but the damage had been done and in 1996 Murchison House Station and his mansion in Perth were on the market to pay off his debts to Javeri.

His personal life also was in tatters. When Esra divorced him he married a local girl from Perth, Helen Simmons, who converted to Islam and changed her name to Ayesha. A fairytale romance that provided gossip columnists with plenty of fodder turned to tragedy when Helen contracted AIDS in 1987 after an affair with a bisexual man. When she died a few months later, Jah was devastated. 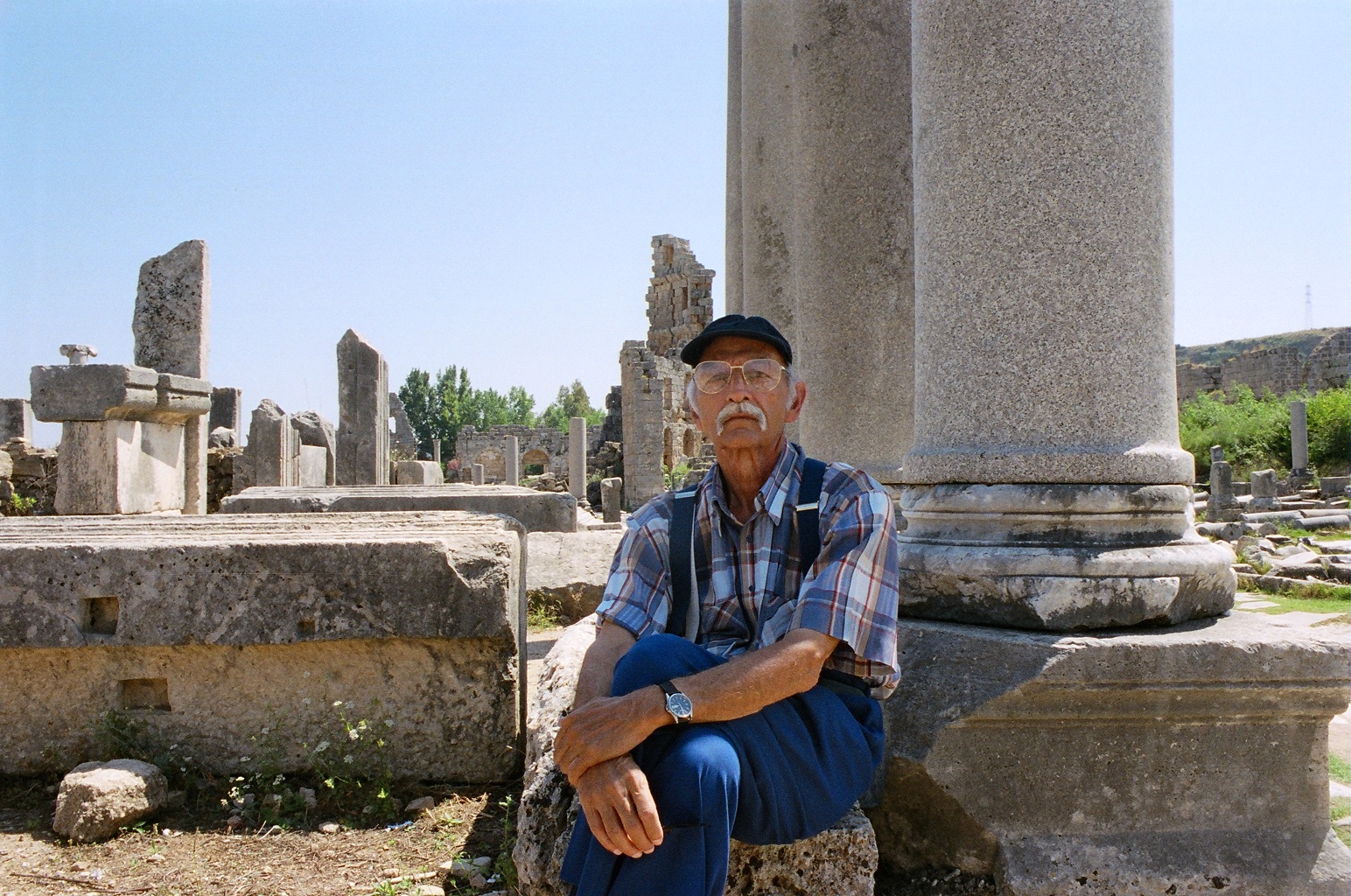 Mukarram Jah posing near the old Roman ruins, which he loved, in Antalya, Turkey. Credit and copyright: John Zubrzycki

When I interviewed Jah in southern Turkey where he was living incognito in a small two-bedroom flat, he saw his life in terms of Kismet or fate. Fate had willed that Helen should die of AIDS and that his finances would collapse and fate had determined that he would never fulfil his dreams of living in Australia. I found him to be a lonely man, cut off from his friends and deeply missing life in the Outback.

Since the publication of The Last Nizam in 2007, there has been a turn-around of sorts in Hyderabad. Under the stewardship of Princess Esra the Chowmahalla Palace has been restored and its collections documented and put on display. The Falaknuma Palace, a crumbling heap when I first saw it in the 1990s, is now a flagship hotel of the Taj group.

But Jah rarely visits Hyderabad and has never returned to Australia, where he insists he spent the happiest years of his life. At 87, he is in frail health and his memory is fading. Fifty years ago when he became the eighth Nizam he told an American reporter the only pleasure he got from going to Hyderabad was tinkering with the 56 mostly broken-down cars in his grandfather’s garage. “I inherited a scrap yard. I have a lifetime’s work before me.” Now even those small pleasures have gone.

John Zubrzycki is the author of The Last Nizam: The Rise and Fall of India’s Greatest Princely State (Picador) and The Mysterious Mr Jacob: Diamond Merchant, Magician and Spy (PenguinRandom House). He is currently doctoral candidate at the University of New South Wales working on links between Indian and Western stage magic.