On his 157th birth anniversary, we cannot do better than turn to our greatest public intellectual for help when we find ourselves at a crossroads, 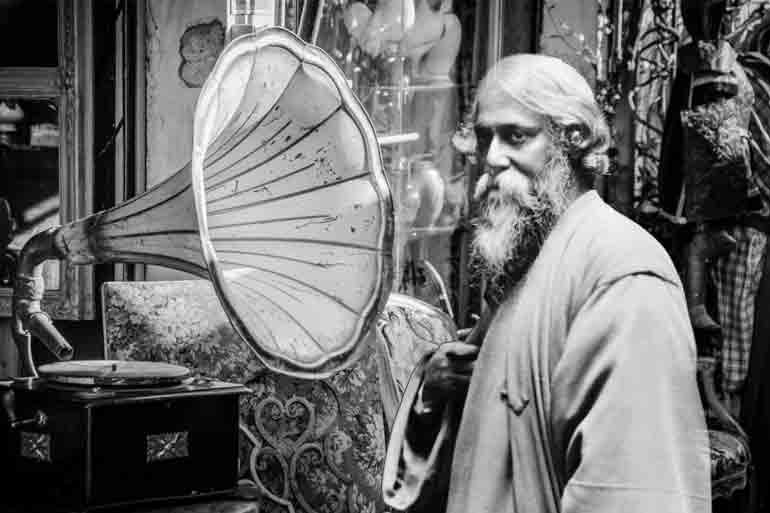 In May, 1941 Rabindranath Tagore was in such poor health that nobody knew for sure if he would be able to take part in his birthday celebrations that year. In the end he did, though he was still too weak to read out himself his birthday message to his well-wishers, as he did every year in Santiniketan. The poet’s last message to the world, then, was not delivered in his own voice, and this adds to the poignancy that permeates his message. For Crisis in Civilisation can truly be called his last testament. One of the greatest men to have ever lived was bidding goodbye to the world, and was doing so at a time when everything around him seemed to be falling apart. He looked back on his own life, and tried to come to terms with the ‘profound tragedy’ that had overtaken the sunny hopefulness of his early years.

“As I look around, I see the crumbling ruins of a proud civilisation strewn like a vast heap of futility”, cried Rabindranath in anguish. He was thinking  primarily of his own country, though not about her alone. Two hundred years of predatory colonial rule had completely denuded India of her dignity, her spirit, her very life. “The wheels of fate will one day oblige Englishmen to give up their Indian empire. But what kind of a country will they leave behind them? What stark, wretched misery? …. What wasteland of filth and hopelessness?” The poet agonised over how his generation of educated  Indians had once put their unquestioning faith in the magnanimity of the Englishman, in his sense of fair play and enlightened liberalism. As that faith, cruelly belied, mocked at him now, Rabindranath’s heart poured out in sadness and disbelief.

But this was also when the Second World War, the greatest conflagration  in human history, raged furiously in Europe and elsewhere, and the poet’s heart knew no solace. The 1930s had been an unbroken chain of catastrophes, betrayals and disasters. Japan, a country Rabindranath once greatly admired for her spirit of independence and cultured refinement, ravaged hapless China in a series of invasions, prompting the poet to denounce her in the strongest terms conceivable. Italy’s assault on and occupation of Ethiopia (then Abyssinia), the European great powers’ cynical betrayal of Czechoslovakia and the defeat by Falangist Franco of the heroic Spanish Republic all weighed heavily on Rabindranath’s mind and, even as he repeatedly spoke out against every fresh outrage on civilisational values, his spirits sank  further and further. 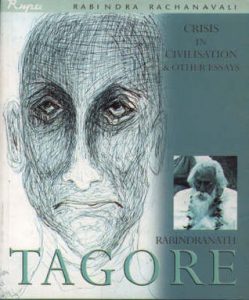 Then the War broke over Europe, and the Nazi hordes overran Belgium, Holland and France at staggering speed. Broken in health, his hearing and even his ability to hold the pen sadly weakened, the poet’s sense of the irretrievable loss of all that he had believed in all his life deepened immeasurably. The Apocalypse was here, and the bard of hope and faith found his voice very nearly choked with pain and bewilderment. It was at that juncture that Rabindranath’s last birthday arrived. The great message of Crisis in Civilisation was fashioned out of his pain, his sense of loss and betrayal.

But when the poet talks about how  “..all over Europe, barbarism has bared its bloody fangs, striking terror in every human heart ….(even as) an epidemic of repression rears its ugly head from inside the very core of western civilisation”, his reader is inevitably reminded of  Rabindranath’s words from 25 years ago. As early as in 1916-17, when such ideas had very little currency around the world except among radical European socialists who were seldom heard, Rabindranath had dwelt at length in his Nationalism lectures on the monster that then clutched at mankind’s throat. “When this organisation of politics and commerce, whose other name is the Nation, becomes all-powerful at the cost of the harmony of the higher social life, then it is an evil day for humanity…… When it allows itself to be turned into a perfect organisation of power, then there are few crimes it is unable to perpetrate”, he had said then. This “abstract being, the Nation”, reduces “the personal man”, as also communities of men, to “phantoms” and executes policy, or state-craft, “with no twinge of pity or moral responsibility”. The nation-state, “which is the organised self-interest of a whole people”, is so far removed  from a truly human community as to be treated with scepticism and distrust. “….(I)t enshrines gigantic idols of greed in its temples, taking great pride in the costly ceremonials of its worship, calling it patriotism. And it can be safely prophesied that this cannot go on, for there is a moral law in this world which has its application both to individuals and to organised bodies of men.”

It was the mindless trampling of this ‘moral law’ that Rabindranath recognised as the reason why mankind found itself at the edge of the precipice in 1941. Prophetically in 1916, he had said that “(Y)ou cannot violate these (moral) laws in the name of your nation, yet enjoy their advantages as individuals”. And this recognition posits the question of nationalism squarely at the centre of the civilisational discourse everywhere today. As the world increasingly turns – to use a worn cliché – into a ‘global village’ through the nearly completely unhindered trans-border movements of technology, finance capital and industrial inputs, and as markets merge into a giant, single,  world-wide market as never before, the apotheosis of the nation, of national pride, is puzzlingly becoming respectable once again.

Even as some champions of neo-liberalism triumphantly proclaimed the ‘end of history’ – thereby suggesting that human history had found its ‘true’ course and could now be expected not to waver from that path – new contradictions began to assail human society from all possible sides. Crass isolationism is being deified unabashedly in many parts of the ‘developed’ world today, and ‘national interest’ is trumping even such basic human responses as the sheltering of refugees desperately fleeing from chaos and mayhem. In India, where we never tire of singing paeans of praise to our ‘Gurudev’, we stand passively by as the “public sapping of ethical ideals slowly reacts upon each member of society, breeding weakness where it is not seen, and causing that cynical distrust of all things sacred in human nature, which is the true symptom of senility”, as Rabindranath said so eloquently.

In Crisis in Civilisation, the poet unhesitatingly points to the flawed civilisational model that the dominant discourse in India had come to repose its trust in by the 19th century. “That phase of civilisation with which we were familiar in this country has been called by Manu ‘Sadachar’(or, ‘proper conduct’), that is, the conduct prescribed by the traditions of the race. Narrow in themselves, these time-honoured social conventions originated and held good in a circumscribed geographical area…. That is how a pharisaic formalism gradually got the upper hand of free thought and the ideal of ‘proper conduct’ …steadily degenerated into socialised tyranny”.

In Nationalism, on the other hand, Rabindranath cites a social evil which persists among us even today, an evil which, indeed, seems to have gained in its macabre insanity of late: “The social habit of mind which impels us to make the life of our fellow beings a burden to them where they differ from us even in such a thing as their choice of food, is sure to …. result in creating engines of coercion to crush every rational difference which is the very sign of life”. Even as this ‘social habit of mind’ plays out cynically here and there, every now and then, “the idea of the Nation”, “one of the most powerful anaesthetics that man has invented”, exerts a most pernicious influence on the whole people that “can carry out its systematic programme of the most virulent self-seeking without being in the least aware of its moral perversion – in fact, feeling most dangerously resentful if it is pointed out”. Prescient words, these, and the best tribute we can pay to our greatest poet on his birthday is by acknowledging the crisis that we find ourselves in today and resolving that we will not let India transmogrify into a vast “wasteland of filth and hopelessness”. Is this road open to us still? Rabindranath himself tells us that it must be, that in even the darkest hour, “it is a grievous sin to lose faith in Man”

Here’s hoping that, “after the cataclysm is over and the air rendered clean with the spirit of service and sacrifice”, India will retrace her path to “winning back her lost human heritage”.

Anjan Basu is a literary critic, translator and commentator based in Bengaluru. He can be reached at basuanjan52@gmail.com.