When the Beatles Came to Rishikesh to Relax, Meditate and Write Some Classic Songs

As the 50th anniversary of their India stay approaches, Paul Saltzman, who was also at the ashram they went to, remembers a bunch of really cool guys. 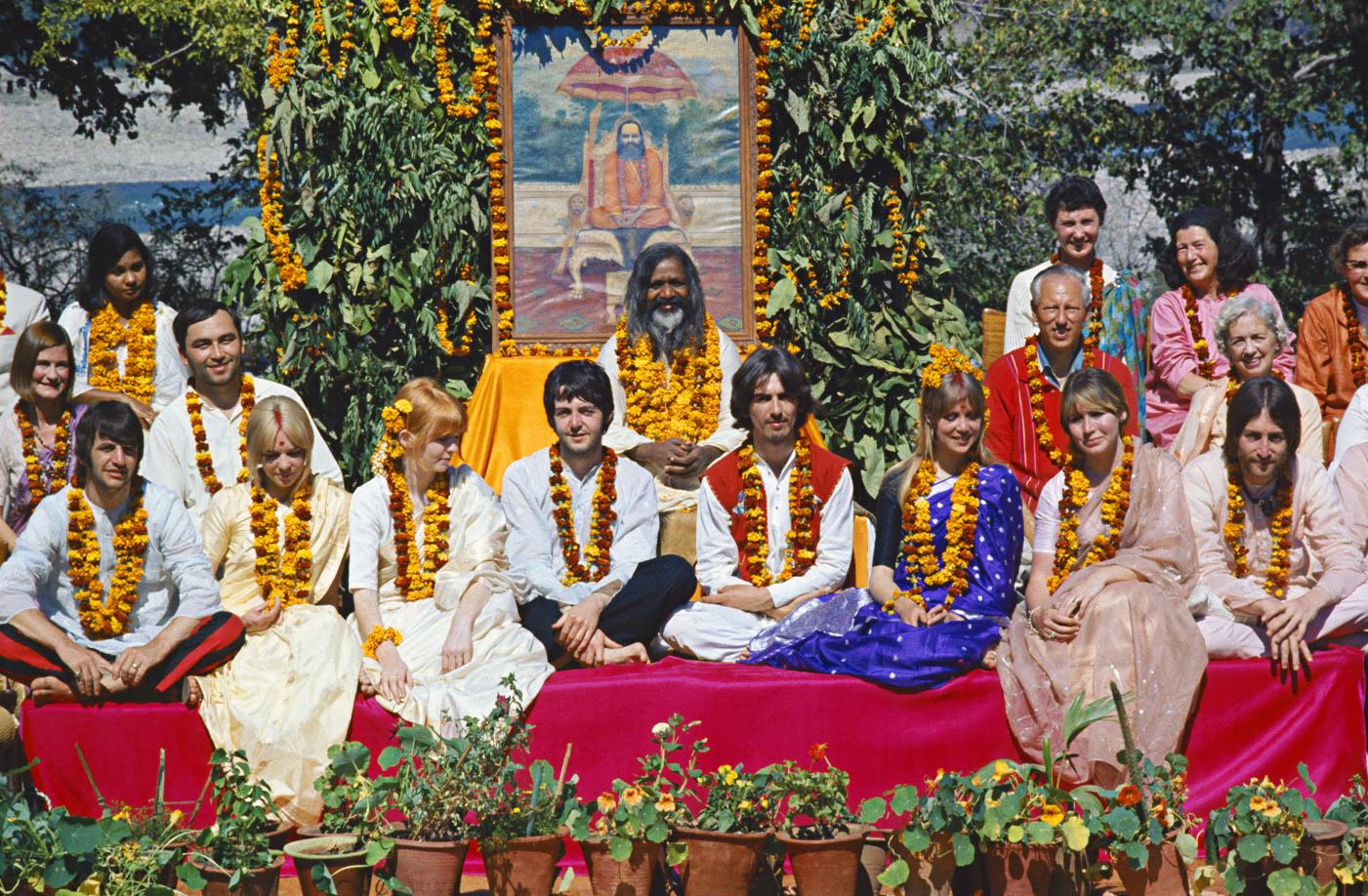 A group photo of The Beatles and their partners with Maharishi Mahesh Yogi at his ashram in Rishikesh in 1968. Credit and Copyright Paul Saltzman

Almost 50 years ago, The Beatles, then the world’s pre-eminent band, came to India to spend time in the ashram of Maharishi Mahesh Yogi. India was the flavour of the month in the West, especially among the counter-culture types, hippies and other more upscale travellers heading here in search of inner peace and the meaning of life.

The Beatles had been invited by the maharishi to spend time in his ashram in Rishikesh to practice transcendental meditation and were also interested in learning about Indian music.

It was novel in the beginning but eventually things deteriorated. Ringo Starr left in ten days or so and Paul McCartney after a month. The other two stayed on but there were controversies and allegations regarding the maharishi’s alleged misbehaviour with actress Mia Farrow, who was staying there too. John Lennon later wrote the song Sexy Sadie about that alleged incident.

That stint turned out to be one of the most creative periods in the group’s career. They wrote many songs and 17 of them were used in The Beatles (White Album) and two more in Abbey Road. Their long periods of meditation and being in a quiet, placid environment helped them relax.

The ashram is now lying derelict and uncared for, and is full of graffiti done by Beatles fans. For years it was sealed off, though fans used to get inside by gaps in the fence. Now the Uttar Pradesh forest department, which manages it, allows visitors in for a nominal fee. Much of it has been rebuilt since, but the fans don’t care, it still a thrill to see the ruins of what must have been a buzzing place at one time. Recently, the authorities have announced that they will build a museum there.

At the same time as The Beatles, there was a young Canadian film technician, Paul Saltzman, in the ashram. He took several photographs of the four, which were published years later in his famous book The Beatles in India. In a chat with The Wire, Saltzman relives some of those experiences.

How did you land up in Rishikesh, and that too when The Beatles were there?

It was 1968 and I was in India with a film unit when I got a letter from my girlfriend saying she was breaking up with me. It was heartbreaking. I was in Delhi where I met an American who suggested that meditation might help. I heard the maharishi speak at New Delhi University and headed to his ashram in Rishikesh.

They wouldn’t let me in so I camped outside, for eight days, hoping to be admitted. They continued to send me food every day and one day my persistence paid off and I was taken in to learn to meditate. I was not particularly interested in meeting The Beatles, I just wanted to get some peace, but soon I started hanging out with The Beatles and they allowed me to take photographs.

Was it easy to come across them, were they just hanging around?

I saw them sitting there with their partners and also the singer Donovan, Mia Farrow and Mal Evans, a former roadie who was now their personal assistant. I asked them if I could join them. “Sure, mate,” said John. “Pull up a chair.” I didn’t feel nervous or excited – it was The Beatles after all – but they were human beings, like everyone else, and I began to think of them as that, rather than as The Beatles. They were cool and relaxed.

You must have been a fan?

Completely. I had seen them live and in 1966, I bought their album Revolver on the first day it came out. It just did something to me. I have written in my book: “That day, the Beatles opened a door in my psyche. I can’t think of any other way to say it. It was a key moment in my life, and the song that actually did this was Tomorrow Never Knows. Lying there on the grass, eyes closed, the sun on my face, gently stoned and super focused, the lyrics sank into me.”

Very relaxed. They meditated, hung around, listened to the maharishi’s lectures and wrote music. I sometimes ate with them. There were a lot of monkeys around-perhaps that’s where John wrote, Everyone has something to hide except me and my monkey. I began taking photographs of them, after asking their permission. No one minded.

There was a lot of meditation; people meditated for hours. George was the most serious, followed by John, Ringo the least. It was fascinating to see them doing their music-I heard ‘The Inner Light’ and the refrain to ‘Ob-la-di, Ob-la-da‘ for the first time; the song hadn’t yet been written. ‘Dear Prudence‘ was a ditty written for Prudence, Mia Farrow’s sister. 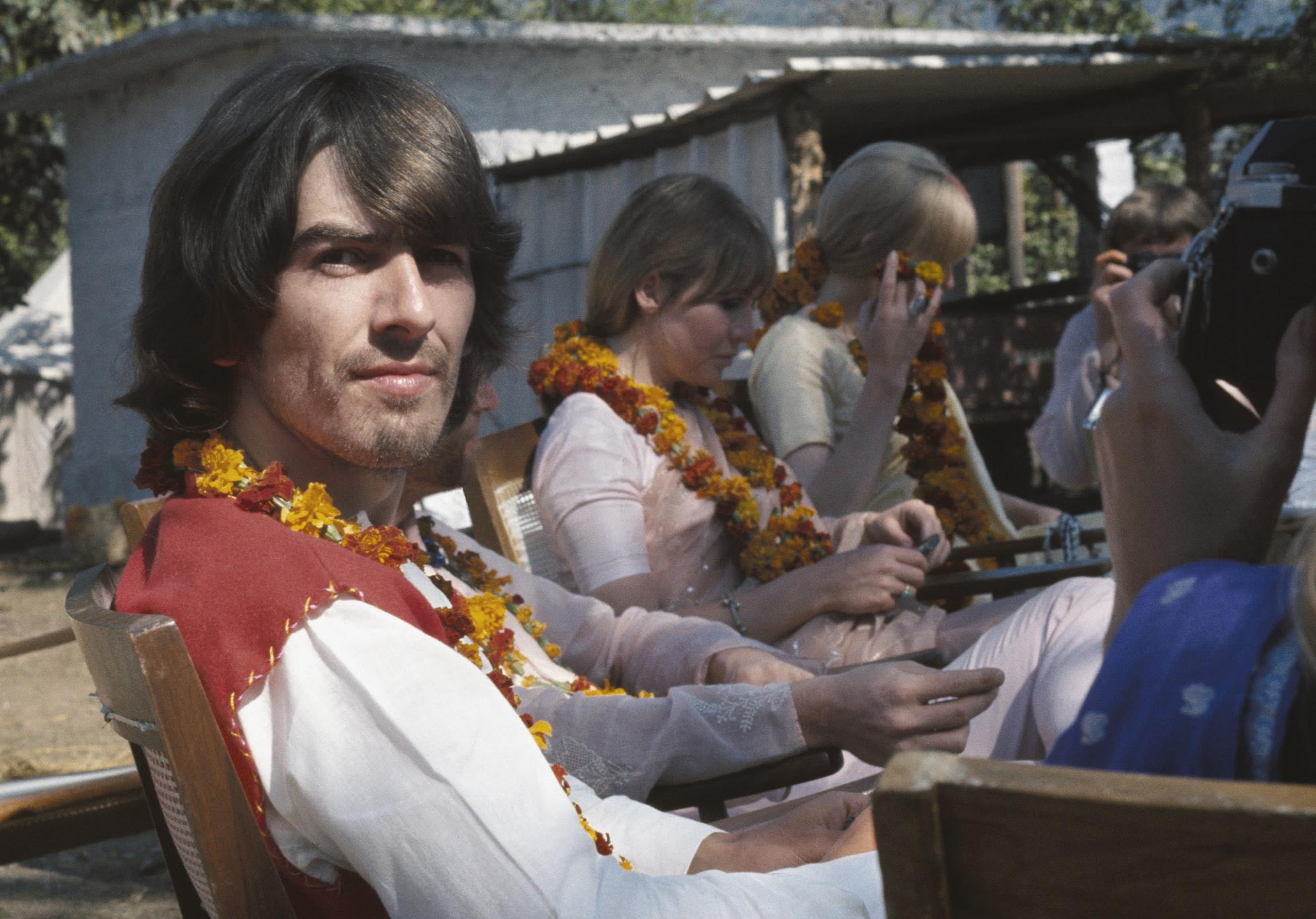 George Harrison at Rishikesh in 1968. Credit and copyright: Paul Saltzman

There was a scandal around Mia Farrow, with accusations that the maharishi had made a pass at her?

I know, that was the accusation. But I personally think that the maharishi got a bum rap. (There have been reports since that the accusation was untrue.) I think he had a gift to offer. But later, the whole thing became so commercial and he got sidetracked from his original mission.

You have been to the ashram since, is it the same?

It is not at all the same as it was then. I think there were floods in the 1970s or ‘80s and some of it was washed away. The meditation pods, made of stone, for example, were not around then. Most of it has been rebuilt.

There is talk of a museum.

Yes, I have heard about that. Some people have got in touch with me. There’s going to be celebrations to mark the 50th anniversary of their India visit which resulted in so many wonderful songs. I am planning a new edition of my book, with a new preface. There is an exhibition planned in Liverpool.

You are obviously attached to India. How did your experience then and after affect you?

I have been to India more than 50 times. I go to the ashram but I also travel elsewhere. I was an atheist, but I discovered some kind of divine presence. It has impacted me to this day. I meditate, but also I think I changed as a person.