Tagore's Critique of the Modern Condition

Tagore believed that modernity ought to be embraced in a manner that “minimise[s] the immense sacrifice of man’s life and freedom that it claims in its every movement.” 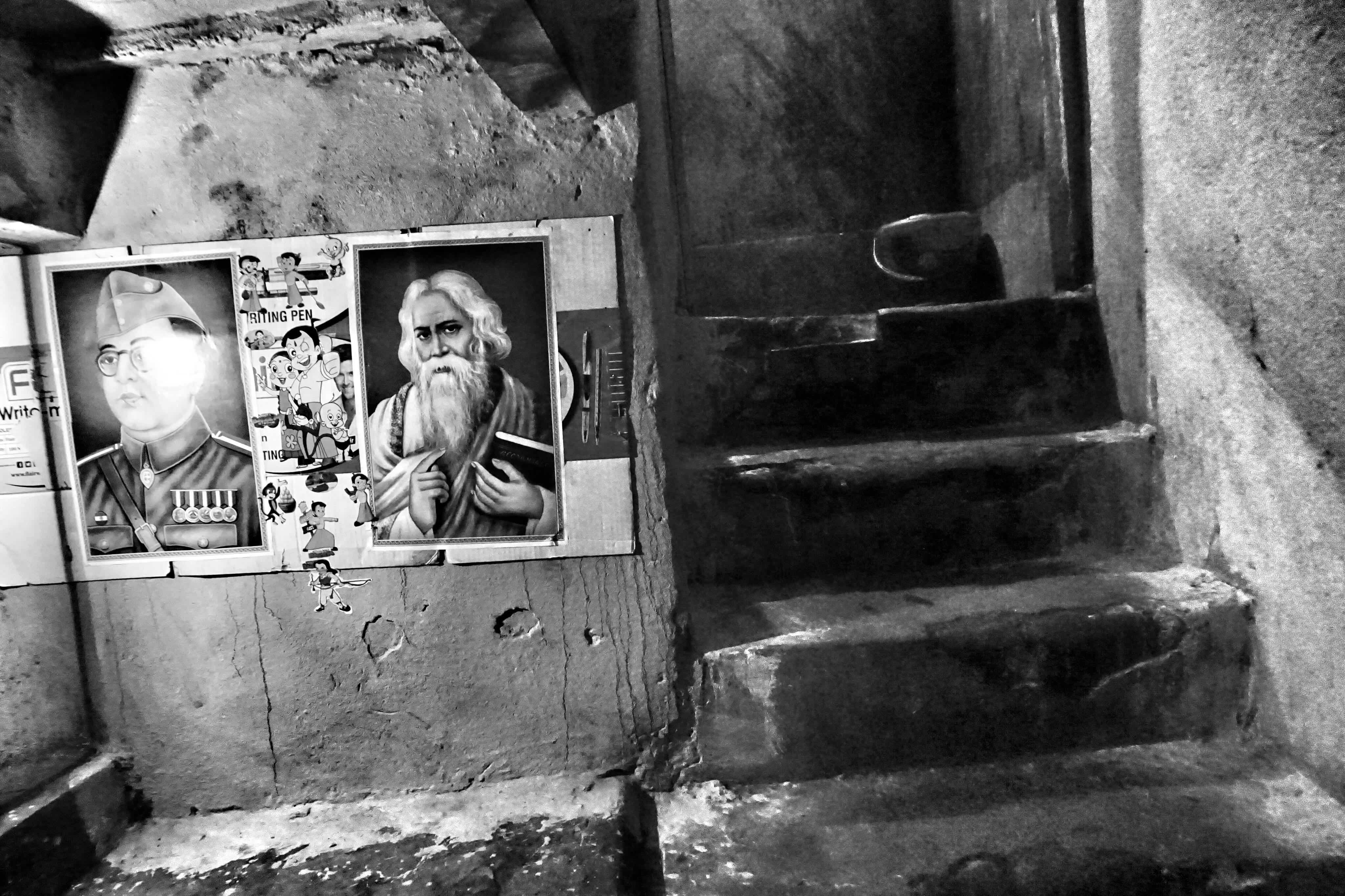 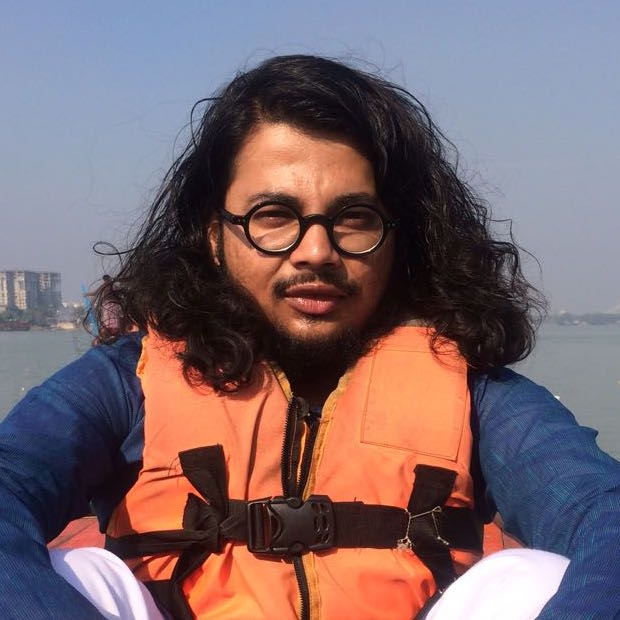 In Rabindranath Tagore’s dance drama Tasher Desh (translated into English as The Land of Cards), the subjects of the House of Cards follow seemingly absurd rules because “[i]t’s the law.” Laughter, among other things, is forbidden on this land. The Card Race have learnt to “go by the book”, “follow the beaten track”, be “[e]ver-docile”, and simply “follow the leader.” It takes two foreigners in the form of a prince and a merchant to bring about the winds of change in the land of cards that ultimately lead to the breakdown of the political order and free the Card Race from the fetters of tyranny. This work of Tagore’s, written in the year Adolf Hitler was appointed Chancellor of Germany, was dedicated to Subhas Chandra Bose, the Indian nationalist who would later ally with German fascists in his failed attempt to free India from British rule.

Perhaps more than anybody else, Tagore understood and acknowledged the significance of the foreigner in his home country. It was his belief that the single “most significant fact” of his day was that “the West ha[d] met the East.” A meeting of the West and the East, as Tagore would have it, implied a spiritual union between men who had come together on an equal footing. For Tagore, had India not come into contact with Europe, “She would have lacked an element essential for her attainment of perfection.” What disturbed him, however, was that the West had come to India not with its “humanity” but its “machine.”

Herein lies his critique of the modern condition. The ‘machine’ that Tagore refers to is the nation-state model (and its accompanying paraphernalia) imposed on India by the coloniser. As noted by, for instance, Sudipta Kaviraj, modernity imposed by way of colonialism cannot and does not fulfil its historical purpose of liberating humankind.

Tagore as well as other greats of the Bengal Renaissance like Raja Ram Mohan Roy, Bankim Chandra Chatterjee, Swami Vivekananda, Jagadish Chandra Bose, among others, were products of colonial modernity. All these men negotiated with this modern condition on their own terms in their own very different ways, and it is not my intention to categorise them together without being mindful of the differences in their approaches. There were, quite naturally, some parallels, too, in how they made sense of this modernity as it unfolded in Bengal.

Kaviraj, for example, points out that both Bankim Chandra and Rabindranath in their writings tried to convey that “modern and English speaking were not necessary equivalents.” Tagore, in fact, made a distinction between ‘modern’ and ‘European.’ He articulated to his Japanese audience thus:

Modernism is not in the dress of the Europeans, or in the hideous structures where their children are interned when they take their lessons…. These are not modern, but merely European. True modernism is freedom of mind, not slavery of taste. It is independence of thought and action, not tutelage under European schoolmasters.

Tagore believed that modernity ought to be embraced in a manner that “minimise[s] the immense sacrifice of man’s life and freedom that it claims in its every movement.” He was attentive to the toll that the supposed by-product of modernity called nationalism was claiming, lecturing as he was in the midst of the Great War. Again, Tagore’s disapproval of this one aspect of Western modernity, namely nationalism, does not lead him to reject its other aspects that comprised “[a]bove all things” the “banner of liberty” – “liberty of conscience, liberty of thought and action, liberty in the ideals of art and literature”, which is curiously why, for him, the way for Europe to redeem itself is through European ideals itself (such as liberty) after Europe has been judged “before her own tribunal and put…to shame.” For, Tagore, materialism can never be the basis for any enduring union of peoples. Credit: Cherishsantosh/Wikimedia Commons, CC BY-SA 4.0

It is all too well known that Europe historically has had a proclivity for monochromatism. This was dreadfully witnessed in the many projects of nation- and state-building undertaken as part of a modernising Europe which attempted to homogenise populations within respective sovereign boundaries. This was done with the objective of stamping out any potential attempt at sectarian (or other) opposition in future. Thus, in post-revolutionary France, Napoléon considered it his foremost duty to create nationalist Frenchmen. This was echoed by Massimo d’Azeglio who, following the Italian Risorgimento, famously remarked, “We have made Italy; now we must make Italians.” Tagore was attentive to this when he wrote: “When differences are too jarring, man cannot accept them as final; so, either he wipes them out with blood, or coerces them in some kind of superficial homogeneity, or he finds out a deeper unity which he knows is the highest truth.” That ‘truth’ (another Tagorean motif) was what had led India to choose the last alternative in its attempt to address its “immense mass of heterogeneity” by “successive…expansion and contraction of her ideals.”

Tagore believed that, unlike India, Europe had fewer differences to begin with. Here, he was thinking not just in racial terms but also with regard to “their ideals of life” where “western peoples are so near each other that practically they are acting as one in building up their civilisation.” Ultimately, for him, “civilisations are mixed products. Only barbarism is simple, monadic and unalloyed.”

Tagore’s critique of modernity also includes a critique of scientism and the perils of placing too much faith in science. He was well aware of how the “pursuit of science” had been closely tied to the evolution of political liberty in Europe. Science had liberated Europeans from “nameless fears” and informed them to value its laws over arbitrary ones set by despotic rulers and to desist from an excessive dependence on providence. Modern science had greatly benefited the human race and allayed its “sufferings”, but it was also being used instrumentally for enhancing “selfish power” which had ended up making “war and preparation for war the normal condition of all nations.” An overemphasis on science that ignored nature and its laws had only served to “violently [divert] Europe’s attention to gaining things in place of inner perfection.”

Marshall Berman has written about the tendency of modernity to crush not just what is seemingly “traditional” and “pre-modern” but that which is modern itself. In All That Is Solid Melts Into Air, he talks about the figure of Robert Moses – architect and planner of modern New York City – who affected the lives of so many New Yorkers, especially the most vulnerable who were already experiencing life on the margins of the metropolis, through his construction of “bridges, tunnels, expressways, housing developments, power dams, stadia, cultural centres.” Berman grew up in the Bronx and he recollects Moses’ plans for the Cross-Bronx Expressway, a structure whose construction demanded that entire neighbourhoods be rammed through. The project went ahead without a care for the occupants of the affected neighbourhoods, for the modern narrative held that to oppose such acts was equivalent “to oppose history, progress, modernity itself.” Some of the buildings in the neighbouring Grand Concourse boulevard which, for Berman’s family, “represented a pinnacle of modernity” fell victim to Moses’ expressway.

For Tagore, cities everywhere from “San Francisco to London, from London to Tokyo” seemed to convey a routine physiognomy. His favourable disposition towards rural Bengal and lack of affection for Calcutta – an “upstart town” with pitiable “manners” – is well known; he once recoiled with horror upon noticing factories erected on either side of the Ganges. For all his critique of urbanism, Tagore was quite clear what the role of cities ought to be which, for him, was to “enrich the entire society.” ‘Greed’ on the part of modern towns and cities was anti-democratic. Tagore sadly reminisced about “sky-scrapers frown[ing]” on him during one of his stays in “the giant’s Castle of Wealth…America.” Following his experience, one can almost imagine the following words of his as being addressed to Robert Moses:

[It should be] realise[d] that the mere process of addition [does] not create fulfilment; that mere size of acquisition [does] not produce happiness; that greater velocity of movement [does] not necessarily constitute progress and that change [can] only have meaning in relation, to some clear ideal of completeness.

In his lectures on nationalism, Tagore critiques, among other things, rampant commercialism which follows the spread of modern capital. Another related aspect of Tagore’s understanding of modernity is that he is, most crucially, critical towards a utilitarian treatment of humankind and human relations. The modern project promotes the utilisation of man as material. When socialist Russia valorised the ‘Stakhanovite’ or capitalist America romanticised the ‘working class hero’, they were but only overindulging in this very embedded feature of modernity. Tagore believed that humans could only be perfectly revealed spiritually and not materially. This is why he blamed the unhappiness that the modern age had left in its wake not so much on material poverty but a loss of people’s humanity. In other words, an estrangement of humans from their spiritual bonds – which, for Tagore, was the only real universal – had caused humankind’s depressing state of existence in the last century. Just as science had released man from the shackles of ignorance and absolutism, so too had commerce served as a powerful thrust for his progress but it had to be kept in mind that the domain of both science and commerce was the ‘material world.’

Peace, according to Tagore, could only come about once men realised their ‘spiritual unity’ with other men. It was futile for a warring Europe to build peace on a foundation of science and trade. Tagore, therefore, can be read as a critic of functionalism (particularly when it overplays the role of commerce) which, as David Mitrany states, “emphasises the common index of need.” Functionalists expect inter-state cooperation in the fulfilment of such needs (whether of a material or technical nature) to lead to stronger ties among states. For, Tagore, though, materialism can never be the basis for any enduring union of peoples.

Arko Dasgupta is with the Centre for Political Studies at Jawaharlal Nehru University.