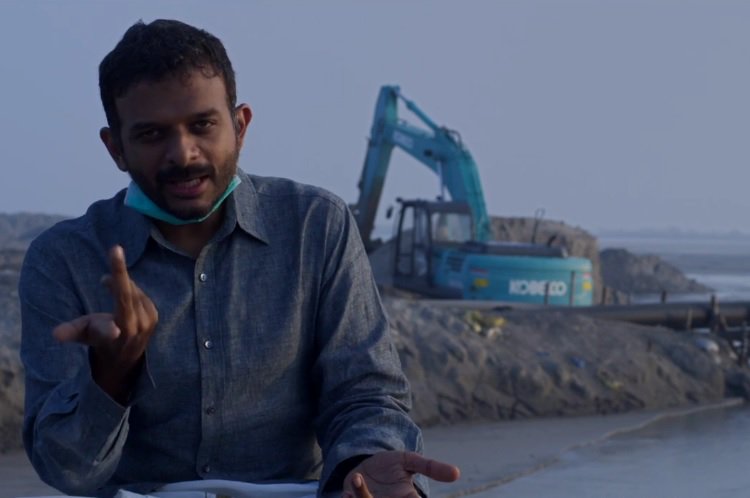 ‘Poromboke’, in common parlance, across Tamil Nadu, has come to refer to anything that is worthless. Is it then a word of abuse? Historically, no. It is over time that it has acquired such a derogative connotation. The authoritative multi-volume Tamil Lexicon defines it as ‘Land exempt from assessment, either because it is set aside for communal purposes or because it is uncultivable.’

Poromboke land, therefore, equates the commons and is not owned privately. One category of poromboke refers to lands set aside for common use – public space for holding village assemblies, festivals and fairs – the ‘mandhai’ meant for public defecation, grazing pastures, space meant for village artisans to carry out their trade (such as for potters to set up kilns), etc.

A second category of poromboke is land that is not arable or if cultivated would be prejudicial to common good. This would include areas adjacent to water bodies such as rivers, tanks and ponds, water basins and estuaries. We now see the blatant encroachment of such zones for building construction and for dumping garbage resulting in immense damage to public good.

Chennai’s Ennore Creek is now more or less completely encroached. Many private industries have put up built structures in that estuary. Fly ash is being dumped on it on a daily basis, hindering the rainwater runoff and drainage apart from polluting the environment. The livelihood of fish workers has been gravely affected not to speak of the grave health hazards caused by it.

Nityanand Jayaraman, the environmental activist, has been in the forefront of a campaign to create awareness on this issue. As part of this campaign, in collaboration with the composer and lyricist Kaber Vasuki, he has produced ‘the Chennai Poromboke Paadal (song).’ Kaber Vasuki had already composed this as a Tamil rap song. Now, T.M. Krishna has rendered it in ragamalika in the classical Carnatic music tradition. On January 14, at Spaces, Besant Nagar, Chennai a video version of this song, filmed by Ratheendran R. Prasad of ‘Kodaikanal Won’t’, fame was launched. This is T.M. Krishna’s musical contribution to the environmental movement. This is unprecedented – for the first time ever, a matter of public concern has been rendered in Carnatic music. The song begins with the word ‘poramboke’ which has now lost its original meaning. T.M. Krishna sings out emphatically the words ‘Poramboke is not for you; poramboke is not for me.’ For a Carnatic classical musician to begin a song in such an inauspicious fashion is truly revolutionary. And to add to it, he employs slangs such as ‘vada suduran’ (meaning, ‘to spins yarns’), challenging the orthodox view that the Chennai Tamil dialect is demeaning.

A musician who has scaled the heights of classical Carnatic music has, with this song, now extended its frontiers. It doesn’t stop with that. It extends the artiste’s frontiers too. Contrary to common understanding that Carnatic music is exclusively concerned with the spiritual, the song demonstrates that this classic can handle contemporary issues as well. Krishna’s rendering at the launch included the full gamut of Carnatic musical elements including alapanai, tanam and kalpana swarams – in the music video he renders only the song. When he ends with the question ‘Who or what is poromboke?’ it resounds in the listeners’ mind as well.

I am not sure how Carnatic music aficionados who value tradition and convention will respond to this song. But there was little doubt that it inspired people who are plugged into the contemporary world. The boundaries of art are limitless. When art is sought to be bounded, everyone – art, artiste, audience – suffers. I see this as an attempt to break such confines. By rendering this song T.M. Krishna has drawn the attention of the larger world to the environmental degradation of Ennore Creek. None can watch this video without seething with rage. Kudos to everyone who has been part of this artistic endeavour.

Translated from the Tamil by A.R. Venkatachalapathy