Suspended for a Decade for Paintings of Gods, Student Returns to Torch VC's Office

Chandramohan, 23 when he was arrested for his coursework at the Faculty of Fine Arts in Baroda, said he gave up waiting for justice. 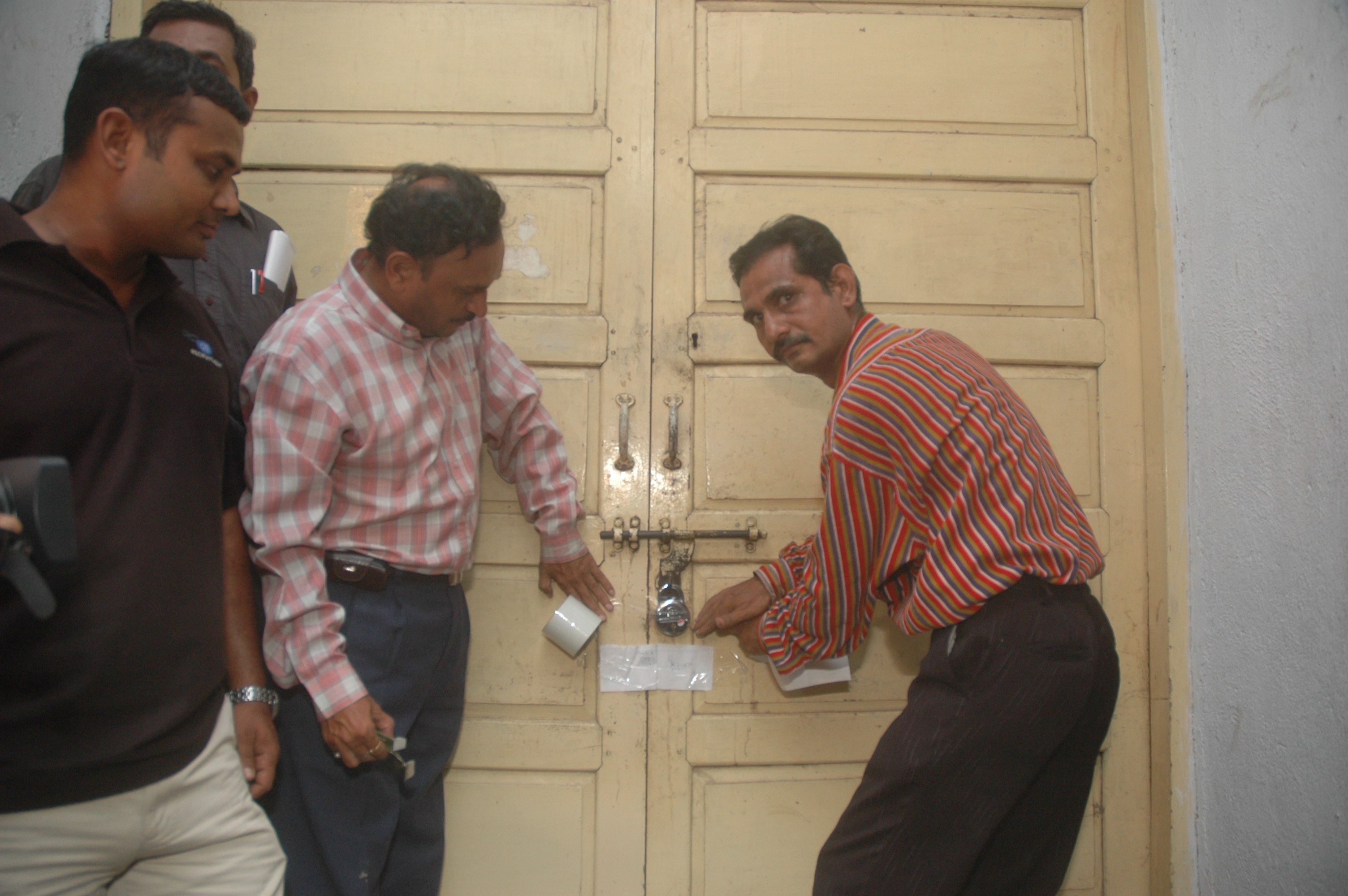 Baroda: Eleven years after being suspended from art school and arrested for depicting Jesus and goddess Durga in an “obscene manner”, a student allegedly took the drastic step of setting fire to the office of the vice chancellor (VC) of the Maharaja Sayajirao University.

On February 2, the entire office of VC Professor Parimal Vyas was gutted by flames. According to the Sayajigunj police, it took over an hour to bring the fire under control. University officials say several computers, files and even cash stacked in the drawers of the accounts department were destroyed.

Afterwards, Srilamanthula Chandramohan was intercepted by university security guards, who handed him over to the police. According to the Sayajigunj police, he had come prepared with a bottle of petrol, a matchbox and a pistol, which turned out to be a “toy gun”.

“Mera 11 saal se certificate nahi mila, sir (I have not received my certificate for 11 years, sir),” a visibly disturbed Chandramohan told the media that gathered at the police station. While confessing to his extreme act, Chandramohan told the cameras that he had not been heard for over ten years. “I have written 30-40 letters to the VC. I was not told the reason for non-issuance of my result or even the grounds for withholding it for 11 years.”

In May 2007, as a part of a coursework assessment, Chandramohan exhibited paintings of religious icons with anatomical details. The campus event was noticed by Vishwa Hindu Parishad and Bajrang Dal activists, who complained to the police. The 23-year-old student was arrested and held in jail for four days before he received bail. “The exhibition was put up with work by all final-year students. On the third day of the exhibition, suddenly the police landed in the university premises and without any prior warning arrested Chandramohan,” said the then dean (in- charge) Shivaji Pannikar. He was booked under Section 153 of the Indian Penal Code for “wantonly giving provocation with intent to cause riot”.

The university refused to support him, and even demanded an apology for bringing it a “bad name”. His masters results were withheld and have been denied to him ever since.

Chandramohan, who grew up in East Godavari, was the first person from his village to attend university. “His father works as a carpenter and the family was hopeful Chandramohan would be able to support the family with his work,” said one of his batchmates.

Since his release on bail, he has been restricted from leaving Gujarat. “That meant he lived in an unknown state without a degree and work,” said Johanna Lokhande, a former student of the university who has been involved in seeking justice for Chandramohan. “And the case is still pending against him, even 11 years after it was registered.”

Chandramohan’s arrest led to protests in the university, and students from various departments mounted an exhibition about nudity to prove it was part of “Indian culture”. When Panikkar refused to stop the student protests, he too was suspended by the university. “To date I do not know what had happened in my case. The committee set up to probe into my role has not submitted its report yet. I was out of a job for four years and finally I resigned,” Panikkar told The Wire.

That case caused permanent damage to Chandramohan’s career. A bachelor of fine arts graduate, he received the 2006 Lalit Kala Akademi National Exhibition award for a work titled ‘Remorse I’.

After his prosecution, he continued to create art “but no art gallery was ready to exhibit his work”, Panikkar said. Eventually he had no money even for surgery when he required it, according to friends at the university.

“Yesterday, when he turned up at the university, it was out of sheer frustration. He had lost hope after following up for years,” said his lawyer Chetan Parmar.  His lawyer and other friends, ever since his arrest, have been trying to get hold of the FIR copy and meet him. “But the police have been trying to stop every possible help to him,” Parmar alleged.

Vice chancellor Vyas was not reachable for his comments, but an official who did not wish to be identified said that Chandramohan was informed a few days ago about the university’s decision to not give him a degree. According to Vyas’s personal secretary Jayakumar Nair, who was also a witness to the incident, Chandramohan had come with petrol filled in a bottle and a gun. “He asked for the VC and I informed him the VC was away and he should either come later or write a letter to the VC. I handed him some blank papers to make his representation. In no time, he took out a revolver and threatened me. He removed a bottle of petrol and threw it on VC’s office. In no time the office was ablaze. He asked me to leave from the spot,” said Nair.

The police have reportedly arrested him for attempt to murder, causing mischief by fire or explosive substance with intent to destroy house and the Gujarat Police Act.

His earlier case, for the painting of the gods, still stands. “Even 11 years after the incident, the trial against him has not commenced,” said Parmar.