Commotion Over a Wedding Betrays the Chennai Music World's Prejudices

The hullaballoo on social media regarding Sudha Ragunathan’s daughter’s wedding poses some larger questions about the Carnatic music field. 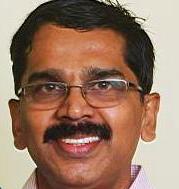 Malavika is marrying Michael Murphy, an African-American. There is nothing special about this, but the news caused an unexpected ‘shruti bhangam’ – a fall in pitch, in musical terms – in the Carnatic music circles of Chennai, especially on social media. Some are very vociferously demanding that Malavika’s mother, the renowned Carnatic musician Sudha Raghunathan, be completely banned from performing music anymore. Established organisations are yet to clarify their position in the ongoing debate.

Raghunathan’s guruma’s guru G.N. Balasubramaniam (1910-1965) was famous for playing with the basic notes of ragas, known as the graha bhedam in south Indian music, which leads to a shift from the home of the main raga into another. But the present ‘graha bhedam’ – a shift to discriminate against an artist – creates a non-musical note of discord.

For Carnatic music lovers, it also dredges up memories of instances in music – some of rebellions and some of unpleasant humiliations in history. Carnatic music has plenty of these kinds of discords in its archival memory.

It was in the 1950s that Ustad Bade Ghulam Ali Khan made his landmark visit to Chennai. He was a Pakistani citizen then, having stayed back in his birthplace Kasur in Pakistan after Partition. It was later, only upon a special invitation from the prime minister of India, that he decided to accept Indian citizenship. The Ustad’s visit to Chennai caused ripples in the upper-caste mansions of the city, where music and orthodoxy blossomed.

The city till then never had to welcome a Muslim classical musician. Balasubramaniam, a superstar vocalist of the time, had to face the fury of the orthodoxy after the doyen respectfully touched the feet of the Muslim musician on the dais. Balasubramaniam told his critics, “I bowed to Devi Saraswati who resides in his throat’.

Balasubramaniam invited Ustad to stay with him, and the musician’s wife threatened to hang herself if either fish or meat entered her home. Ultimately a separate place was found for the Patiala maestro to stay in.

It would be wonderful if, for her performance, Malavika’s mother Sudha Raghunathan selects two ragas for the upcoming season’s concerts – one the Gavati that Ustad Bade Ghulam Ali Khan had taught Balasubramaniam and the next, the Andolika that the Ustad was taught by the Carnatic maestro in return.

Nineteenth-century Madras led the way in the transformation that Carnatic music underwent as it encountered the forces of modernisation and standardisation. The ‘Brahmanisation’ of classical music and Bharatanatyam was one of the outcomes. When the authority of the royal seat in Thanjavur declined and Chennai emerged as the new power centre, changes took place in the arts scene as well.

The musician T.M. Krishna writes in his book A Southern Music:

“One question pertaining to the studentship of great non-brahmin artists has bothered me. Why have the star disciples of these musicians been mainly brahmins and not people from their own community?…With the nationalist movement and various caste identities emerging as distinct social and power groups, people supported individuals from their own community. When many non-brahmin musicians nurtured brahmin students, there were very few non-brahmins in the next generation of musicians, a further monopolisation of the music by the brahmins.”

Rebellions were also part of this transition. ‘Isai’ means music in Tamil and the Tamil Isai movement was a form of political mobilisation within the arts to reclaim the roots of a tradition. In 1943, Raja Sir Annamalai Chettiar founded a new organisation to promote Tamil songs in place of Telugu and Sanskrit compositions that prevailed in Carnatic music and C. Rajagopalachari named it ‘the Tamil Isai Sangam’.

It soon had branches in many towns including Madras, Madurai and Devakottai. In December 1943, the Sangam held its own music conference, in parallel with those of the Music Academy and the Indian Fine Arts Society. Artistes such as M.S. Subbulakshmi, M.K. Tyagaraja Bhagavatar, K.B. Sundarambal, G.N. Balasubramaniam and Madurai Mani Iyer sang for the Tamil Isai Sangam. Later the Music Academy, by increasing the percentage of Tamil songs in its concerts, appropriated the Isai movement as well.

The struggle that Nagaswaram maestro T.N. Rajarathinam Pillai (1898-1956) fought to claim basic right to perform his music by sitting on stage is also part of history. Till then Nagaswaram artistes (you won’t see Brahmins in this domain even now), whose music most of the stalwart vocalists and instrumentalists consider as a foundation of their style, were to perform in a standing posture.

In the mainstream Chennai sabhas there are two outcasts at present – one is, of course, the Nagaswaram, and the other one is T.M. Krishna, the vocalist, who himself opted out of the sabhas during the music season after he started raising uncomfortable questions about caste and privilege.

We know that Nagaswaram artistes are still not given a peak time concert during the music season in December where more than two thousand concerts are held over the course of a month. Nagaswaram continues to raise sociological questions in music whereas Krishna continues to rebel by evolving a modern idiom by asking questions in aesthetics.

Many say that objections raised against Raghunathan are by a minority and there isn’t a need to give much attention to it. But it would be politically and culturally misleading to dilute the signals emerging out of the context.

In the recent Lok Sabha elections, the revivalist politics based on religious and cultural nationalism suffered a setback in the Dravidian land, but I have every reason to believe that such tendencies have gained legitimacy among a section of practitioners and lovers of Carnatic music as the land is quite fertile for such thought processes.

The present hullaballoo on social media regarding Ragunathan’s daughter’s wedding poses some larger questions about prevailing caste discrimination in disguise in the Carnatic music field.

Therefore it is critical for the Sabhas to make sure that Ragunathan is invited for the upcoming December season to prove that her daughter marrying an African-American Christian is her legitimate personal choice as an individual, and has nothing to do with music.

S. Gopalakrishnan is a Delhi based commentator on culture and a well-known author in Malayalam.