'She Is Beautiful, Intelligent But Indian': The 19-Year-Old Student Celebrated as a Welsh Bard 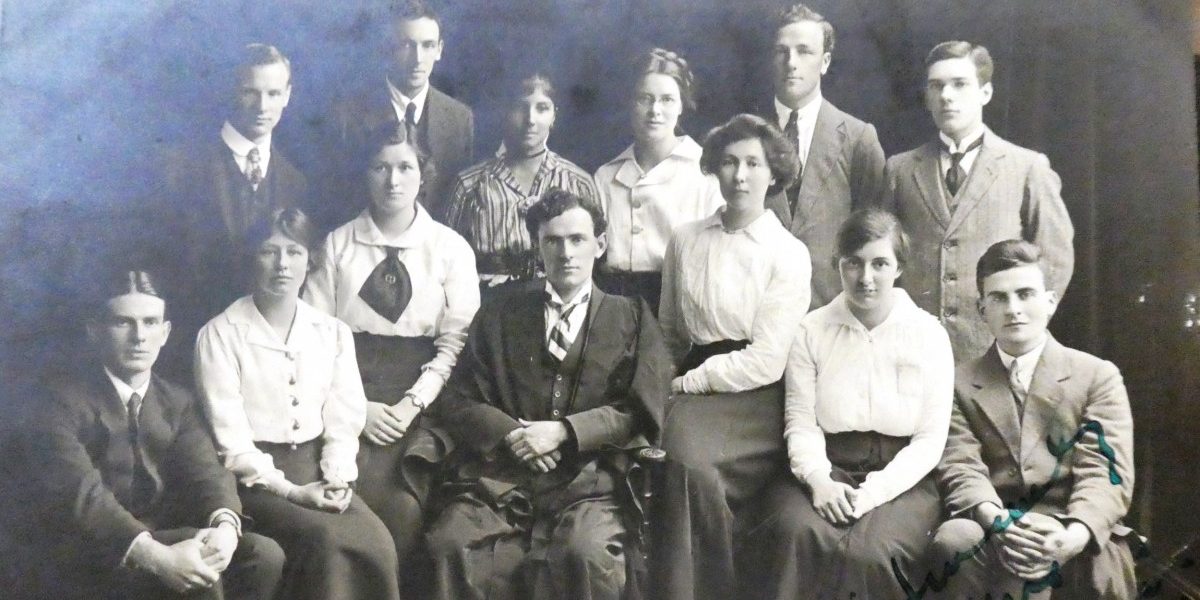 Dorothy Bonarjee in a group photograph taken at Aberystwyth.

‘Hindu Lady Chaired’, ran the headline in the Cambria Daily Leader. The event was the Eisteddfod, a festival of Welsh literature and culture, at the University College of Wales at Aberystwyth in February 1914. A 19-year-old Indian student caused a sensation when she was awarded the top prize, the bardic chair.

All the entries in the contest – on the prescribed topic of Owain Lawgoch, a 14th-century Welsh patriot – were submitted under pseudonyms. The Leader recorded on its front page the ‘remarkable’ scene when the author of the winning verse stepped forward:

“The highest place was awarded to “Shita”, for an ode written in English, and described as an excellent and highly dramatic treatment of the subject. … Miss [Dorothy] Bonarjee received a deafening ovation when she stood up and revealed herself as “Shita”. … The “chairing” ceremony then proceeded amidst great enthusiasm.”

The ripples from this unparalleled success reached as far as India’s national newspapers.

“The examiners are required to give preference to Welsh odes, and it is rare for one written in the English tongue to secure the award’, the Calcutta-based Statesman reported. ‘This is understood to be the first occasion of the competition being won by a non-European, or by a member of the fair sex.”

Dorothy Bonarjee’s parents happened to be present at the Eisteddfod, and her father – a barrister – was prevailed upon by the students to address the gathering. Speaking “with considerable emotion”, he expressed gratitude for “the kindly enthusiasm with which they had received the successful competitor of a different race and country from their own”. 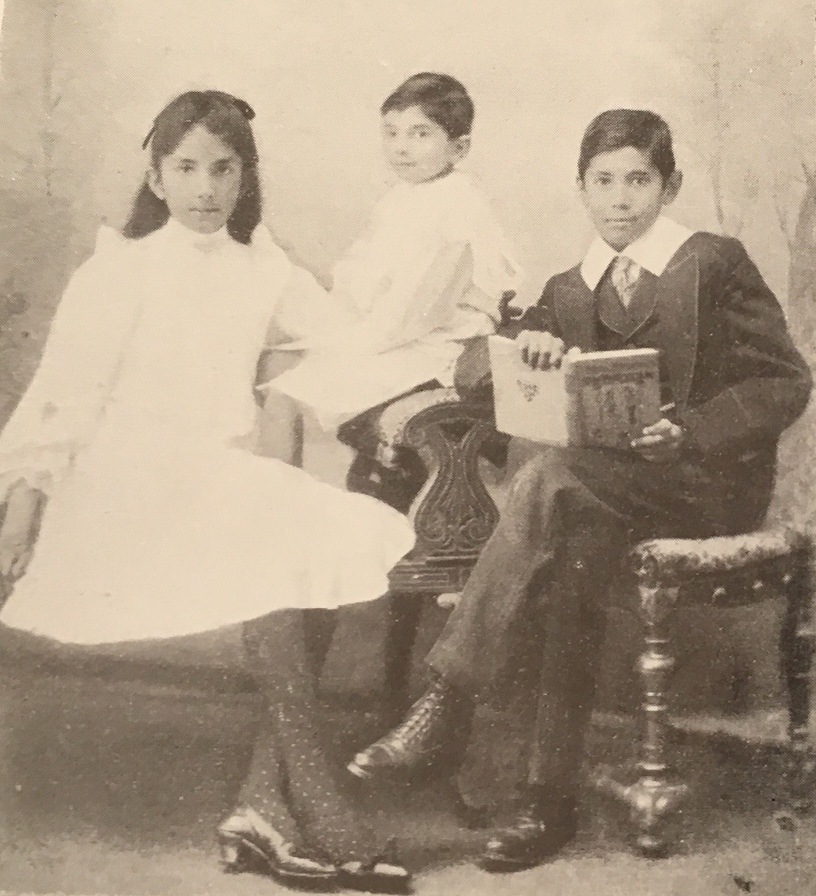 Dorothy Bonarjee and her brothers in London, about 1904, from ‘Under Two Masters’.

There were, at this time, several hundred Indians from wealthy families studying at British Universities – almost all were men, and the greater number were enrolled at London, Edinburgh, Oxford and Cambridge. Aberystwyth had very few foreign students at this time (though one of Dorothy’s fellow students was from Java) and her decision to seek admission there, even though she came from an Anglicised family and had spent as much time in Britain as in India, would have been a boldly unconventional move. Throughout her life, she was something of a rebel.

Dorothy Noel Bonarjee was born in Bareilly in 1894. Her grandfather, Shib Chunder Bonarjee, had been converted to Christianity in Calcutta – though most of his children and grandchildren regarded themselves as Hindus. She was also related to Womesh Chunder Bonnarjee, who had presided over the first session of the Indian National Congress in Bombay in 1885.

While her family were Bengali Brahmins by background, their landholdings were in North India. Dorothy (known within the family as Dorf) spent her early years in what was then the princely state of Rampur, close to the border with Nepal. She and her two brothers came to England for their schooling, living in Dulwich – at times with their parents but for several years apart from them. While Dorothy never subsequently lived in India, both her brothers were among the ranks of the ‘England-returned’. Her younger brother, Noel, served in the ICS and was chief secretary of the United Provinces just prior to independence and then became chief commissioner of Bhopal; in his memoir Under Two Masters he reflected on serving both India and the imperial power.

According to family lore, Dorothy had been expected to seek admission at Oxford or Cambridge, but she didn’t think much of the aloofness of the English elite and opted for a Welsh university instead. This was something of a shock for her older brother, Bertie, who – charged with keeping a watchful eye on his sister – was obliged to forsake his own Oxbridge ambitions and enrol at the University College of Wales. Brother and sister arrived in Aberystwyth in the autumn of 1912. Dorothy studied French. They both graduated in 1916 with nothing more distinguished than pass degrees.

Not that Dorothy’s years at Aberystwyth were in any manner wasted. She threw herself into the Literary and Debating Society and became one of a small group responsible for the college journal The Dragon. This was where a dozen or more of her poems were published. She contributed another ten or so poems to the newly-established Welsh Outlook, which has been seen as both a harbinger and reflection of increased national self-confidence. 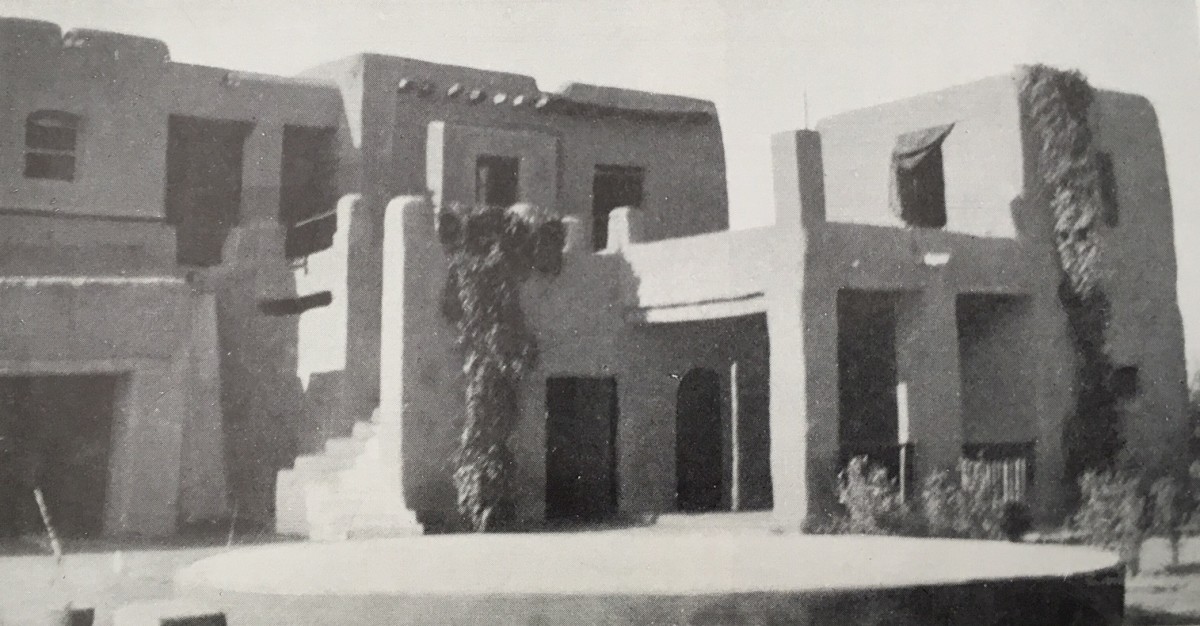 The Bonarjee family home in Rampur, from ‘Under Two Masters’.

The ode that triumphed at the college Eisteddfod was just the start of what became an extensive corpus of published poetry. Dorothy Bonarjee enjoyed the rare privilege for such a young poet of a critical article about her work – written by a fellow Indian. “It is really rather derogatory to our national dignity that we should like people to say ‘very remarkable work for an Indian’,” Harihar Das commented – but he found in Bonarjee’s writing a poetic technique that was, by any standards, of a high order. “She is at her best, perhaps, in those poems which represent the outlook of humble birth and humble heart. She writes as a looker-on, and though her attitude is detached, she shows an insight that is rarely attained by those who are, perhaps, too near to the reality to see it clearly.” 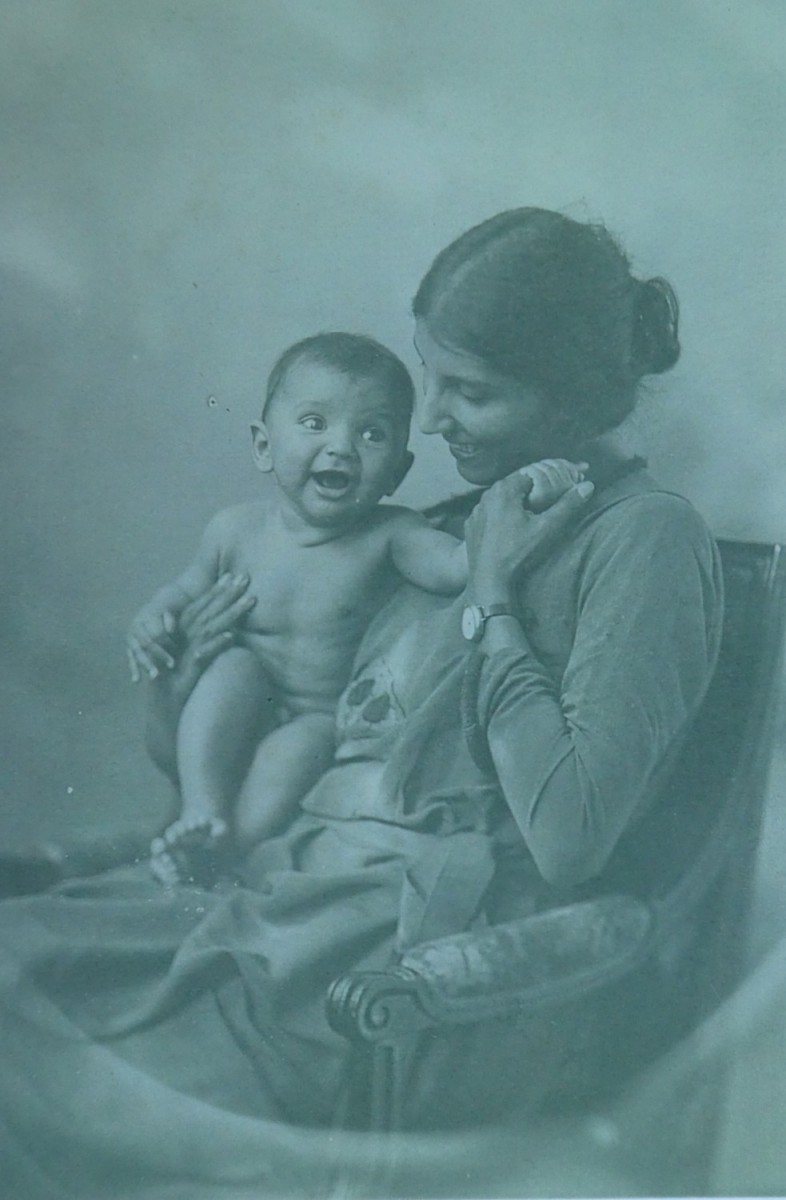 Dorothy Bonarjee with her son Denis, 1922.

About 50 of Bonarjee’s poems survive in printed or manuscript form. They have never been published as a collection – an omission that Sheela Bonarjee, Dorothy’s England-based niece, is hoping to rectify. Some verses have classical allusions, others reflect a sense of place – both in London and in Wales. A few express the sharp sadness of seeing friends and fellow students enlist to fight on the Western Front (Dorothy’s brother, Bertie, served in France, acting as liaison with and interpreter for the large number of Indian troops deployed there). Among her verses judged to be particularly successful is a short poem, Immortality:

If life on this life follows may I be
In countless pulsing atoms widely blown
About the old wise cities of this world
Warm passionate dust like rich potpourri thrown
In ancient august bowls of mystery.
So might I in that pregnant fragrance hurled
Live most intensely on. For lying so
Upon the border of remembered years
This proud immortal dust will ever know
Old happy human laughter, human tears.

Very few of her poems address Indian themes – an exception is a verse sub-titled: ‘To Rampore in memory of my childhood’:

In the silent woodland
Where the slow leaves fall and the light
Is grey and weary with the shadow of
the night
In the sleeping woodland
Where vague dreams moan
In a hopeless undertone,
Where Dawn is cold and white
With the sorrow it has known;
In the haunted gloomfilled woodland
Lies a small grave all alone, –
In the shadowy dim woodland
Lies my childhood – all alone.

That certainly gives an idea of why she may have been reluctant to return to India.

Also read: Revisiting the Origin of Poetry, Through ‘Paterson’

Dorothy’s years at Aberystwyth were also not without sadness. On the back of one poem there’s a note in her own hand:

“Written at the age of 22 when a Welsh student after 3 years of secret engagement dropped me because his parents said “She is very beautiful and intelligent but she is Indian.””

“It broke her heart,” according to her niece. Dorothy’s intelligence and conviviality made her popular with her fellow students, but couldn’t erase the racial barrier which was then even deeper than it is today.

The reader can’t help wondering whether she had her brother or her lover in mind when she wrote this simple but effective untitled verse published in The Dragon in December 1914:

You said once I was lucky, but you wouldn’t say it now;
You swore that fortune never came your way;
You used to say I always scored – well, now your turn is here
You must confess that you have won to-day.

I’ve read your letter once again, you write that you’re “just off,”
And wish that I were with you doing the same.
You mention “my commission” – Oh! the fates have smiled at last
And you, not I, are scoring in this game.

They say that I am shirking, that my duty is out there;
They talk a lot – I wonder if they know
That we who have to stay at home, aren’t finding it all fun;
The easier job would be to cut and go. Dorothy’s literary critic and admirer forecast that she had “a bright and hopeful career before her, and we believe a few more years will bring perfection to her [poetic] achievement”. It didn’t work out that way. She seems to have written very little verse after leaving Wales. She took a law degree at University College, London – becoming in 1917 the first woman internal student to do so, a landmark achievement honoured by UCL last year. When her family suggested that it was time for her to return to India, she refused, instead eloping with a French artist, Paul Surtel, who went on to achieve a considerable reputation. From then on, her home was in southern France. She had two children – a son, Denis, who died in infancy, and a daughter, Claire Aruna. She painted a little – but with nothing like the accomplishment of her husband. By the mid-1930s, the marriage was over. “Nothing is more wearing morally than a weak husband,” she wrote to a relative. She turned down her parents’ renewed request that she return to India, a decision she later regretted; they bought her a house with adjoining vineyard in Provence to ensure her financial independence. During the Second World War, while charming occupying German soldiers by describing herself as a fellow Aryan, she was reputed to have sheltered two Jewish children.

Sheela Bonarjee – who followed in Dorothy’s footsteps, making her life in London – recalls her aunt as a source of inspiration: confident, independent and often with a whisky-and-soda to hand. Dorothy died in 1983, not long short of her 90th birthday. She kept in touch with some of her friends from Aberystwyth through her life – and even in old age made a personal pilgrimage, accompanied by Sheela, back to the college.

“How clever of you to have fallen for a Welshman!” she wrote when in her 80s to a younger relative in a comment which must have summoned up difficult memories. “You know my weak spot for the Welsh.”

This is a revised version of an article first published in Planet: the Welsh Internationalist, a quarterly journal published in Aberystwyth.