Why Scientists Must Learn to Communicate With the Public

Evading science communication simply because it is difficult, time-consuming or not important enough reflects more on how much scientists value their own work and its place in posterity. 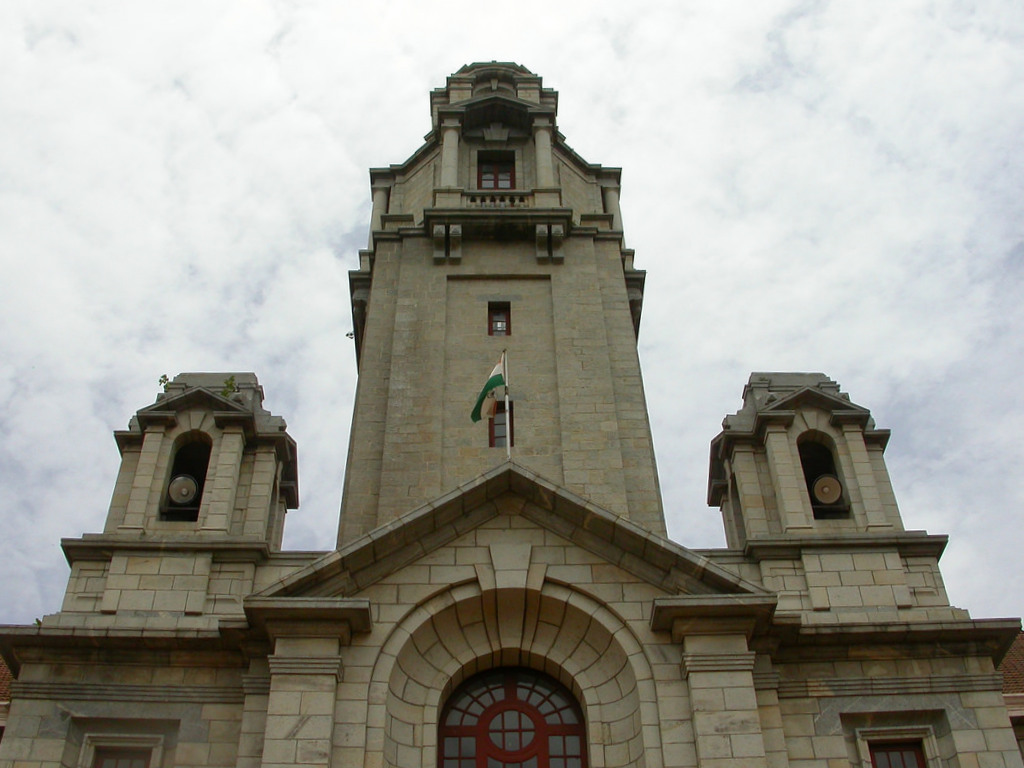 Science communication is often the dissemination of the results of research that has been funded by public money. The Indian Institute of Science, Bengaluru. Credit: abhishek_kr/Flickr, CC BY 2.0

Among other things, Twitter is an excellent echo chamber. But the benefits of seeing dissenting viewpoints far outweighs the satisfaction of getting your own ideas reinforced.

Recently, I was drawn to a thread where a scientist (Gautam R. Desiraju, a noted crystallographer at the Indian Institute of Science, Bengaluru) and a science communicator locked horns to discuss whether scientists should be responsible for science communication.

After many exchanges of 140 characters each and a hastily written article by the scientist explaining his point of view, it became clear that I did not agree with his opinions. As a practicing scientist, I think it is time to give voice to the many young and upcoming scientists and communicators who believe that science communication by scientists is important.

Is this really true? What does "communicate" mean? If you publish your result in a refereed journal, I should think that would suffice. https://t.co/hb6jq1IY5S

First, some context: Science communication, which didn’t exist as a field until the 19th century, came up in response to the emergence of ‘public science’: undertakings funded not just by private patronage and the Royal Societies but by universities and other public institutions. Science communication is quite simply conveying the results of science to the public. The field gained credibility because the public benefited from scientific advances – including the steam-powered printing press, which greatly enhanced public education through books.

Science communication today remains fairly unchanged. It still involves talking to the commons about how science is done in various fields, the salient results of major experiments and how new data from these experiments changes our understanding of the world, at least as we know it. Not only does this help us to make informed decisions in our daily lives, it also empowers us to choose candidates for government office whose policies are scientifically sound.

The importance of science communication

This work is too ‘complicated’ for the public to understand – Explaining science can be as complicated or simple as necessary, depending on the questions asked. Communicating concepts can be individually tailored to the audience at hand.

To begin with, assess the general education level. Is the audience the lay public? Do they have a working knowledge of basic science? Can they be pegged at a high-school or college level? The level of exposure to science in daily life is important – Is the audience from a metropolis with a large number of universities famous for doing good science? Are they famous in other fields such as business or law? And then, gauge the level of curiosity. Are they mostly non-scientific but with a curiosity for science? Are they scientists themselves and are curious about other scientific fields?

Nobody is too stupid to understand science. What it needs is a paring down of difficult concepts into smaller standalone chunks that can be easily explained and later assembled into a bigger picture. Some abstract concepts can be difficult to unpack to a lay audience, and which might need the help of comparisons and metaphors. But no concept is inexplicable or un-understandable. When approached properly, with the right examples and the correct flow of thought, even quantum gravity can be easily explained to a high school student.

Some results are too ‘sensitive’ to be spoken and explained out in the public – In both basic and the applied sciences, certain results need to be handled carefully before they can be released to the public. For example, researchers work with patent offices to ensure that their intellectual property can be transformed into profitable products. In such cases, prematurely releasing information to the public can be detrimental. That being said, effective science communication can still easily straddle the requirements of financial necessity and public edification. Explaining how a drug molecule works to cure disease, or how lasers allow iris-scanning, can be done while allowing the researchers to reap the benefits of their efforts.

Very explicitly, science communication is often the dissemination of the results of research that has been funded by public money. Scientific grants are funded by government budgets, which in turn are fuelled by taxpayers’ money. If the public deserves to know how their tax money is used to maintain roads, run schools and improve infrastructure, then why should they be kept in the dark about how their money is being used to advance science?

Scientists have too much on their plate already – Choosing the path to becoming a career scientist is by no means straightforward. The challenges for a pre-tenure scientist are to generate a solid body of scientific publications, mentor students, write to private and public granting agencies for money to keep the laboratory funded and, finally, fulfil teaching and administrative obligations as mandated by the university. After getting tenure, the university will guarantee the scientist a permanent position, regular salary and some funds to keep the laboratory running. Thus, in comparison to many other professions, science academia relies on an unrelenting, unwavering commitment on the part of the young scientist, despite extreme financial and personal hurdles. Science is a demanding discipline and, yes, scientists do have a lot on their plate.

But science communication is varied and adaptable. Many interactions can count towards scientific communication. For example, taking a day out of the year to go talk to school and college students about scientific careers; volunteering to give a short talk at a local bar on a science night about your research; allocating time to talk to the university’s science communication representative; mentoring an interested school student; writing articles for newspapers and magazines; maintaining a working and updated webpage to chronicle the laboratory’s scientific advances and publications and tweeting about new advances in the field. All these count towards science communication and all of them can be performed voluntarily, with flexible hours at one’s own leisure.

It is not the scientists’ ‘job’ to communicate to the public – Aptly phrased by Bernard of Chartres, we are dwarves standing on the shoulders of giants. All new knowledge is discovered while standing on already well-established truths. These truths are hard to understand and difficult to scale – much like climbing giants. Since scientists are the ones who take pains to climb to such heights to look upon the horizon, who better to explain how beautiful the sunrise looks from up there?

Doing science has not been and never should be ‘just another job’. Scientists are among the few and fortunate that work on the very limits of human knowledge. It is our duty and privilege to create new knowledge and push existing boundaries, along with the best and brightest minds in the world. And therefore, communicating science to the public is, in fact, the best chance scientists have to inspire young minds and motivate the people to know more about their world.

It is also very easy for scientists to wash their hands of this important task by claiming that, since they have published in a scientific journal and passed peer review, they are under no obligation to explain anything else to the public. This point of view is not only dangerous in the short-term but also absolutely detrimental to science in the foreseeable future. There are two major explanations for why publishing in a journal is not equivalent to science communication.

First: Scientific papers are specifically written to pass peer review. This means that all scientific papers are written to explain new results of the field to other scientists in the same field. They are written in highly technical language for effective communication between peers. The common man reading any given paper from a scientific journal, without any background, will fail to understand anything.

Second: The way the scientific publishing system is currently designed, it is impossible to get hold of peer-reviewed and published work from a well-known journal without paying a substantial sum of money for a subscription. Unless one has access to a university or an allied subscription (or an open-access journal), it is not possible for the public to read any of the articles published in for-profit, closed-access scientific journals.

Thus, even though a scientist can claim that she has done her ‘communication duty’ by publishing her work in a scientific journal, the net result is that the public is still in the dark about her work, simply due to a lack of access. Therefore, the onus is on the scientists to make sure that their work actually reaches the public.

It is “demeaning” to discuss science in social media – Science does not exist in a vacuum. It is a deeply human endeavour intertwined in our social fabric. Social media, like all methods of information distribution, is a tool. There is nothing demeaning about using a tool that makes it easy to reach out to a potentially large audience. It is in fact unforgivable not to. There are many different styles of communication to suit every need: Twitter for short updates; blogging for long-form; podcasts for better speakers and storyboards for visual explainers. The only effort is in picking the right medium.

Now that we’re here, what can be done to improve status quo? Science communication can be significantly improved by making it a priority for both scientists and communicators. One way is to create incentives to help scientists.

We could include science communication as a course in graduate school. Just as medical students have a residency year to begin practicing medicine, graduate students in science can have an option to work with local and national agencies to improve the penetrance of science in the country. We also ought to increase opportunities to interact with the public. Regular public lectures held in universities can promote interaction between scientists and the commons. And motivated scientists should be given the chance to hone their communication skills by learning from experts in media and communications.

Science communication can also be incentivised by providing extra funding from the university. They, along with other public institutions, can promote effective science outreach by rewarding the extra time spent by a scientist through salary bonuses and intramural and seed grants. Moreover, if a scientist meets a specific target per year of adequate science communication, the university can relieve her of some administrative or mentoring duties.

The history of science communication could be used as a metric for awarding tenure. Just as the number of publications, grants and mentored students are used to decide the eligibility for tenure, a scientist could also be judged by the merit of their outreach. A good scientist with excellent communication skills can effectively influence policy-making and large scale funding decisions, significantly improving the field as a result.

There is also a need to project science communication as a legitimate career choice. Whether it is approached from the science side or the media side, it should be should be shown to have a clear future and achievable goals, which it increasingly does. There must also be better access to graduate-level courses so that communicators can learn or brush up on basic knowledge. These courses can then also help build a community over time.

Ultimately, as a scientist, I find it difficult to understand how another scientist can so easily justify dodging the responsibilities of the profession. As graduate students and postdocs in training, we are made to learn and master extremely difficult protocols and techniques. Evading science communication simply because it is difficult, time-consuming or not important enough reflects more on how much the scientist values their own work and its place in posterity.

Shruti Muralidhar is a neuroscientist in Cambridge, Massachusetts.