Review: Why Season 2 of 'Sacred Games' Fails to Captivate

The new season lacks the urgency, the wicked humour and the heartfelt bonds of the first. 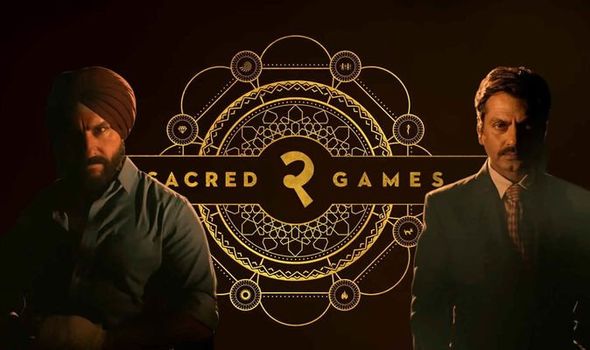 A poster of 'Sacred Games' Season 2.

The first season of Sacred Games left a bunch of questions hanging. Structured non-linearly – alternating between the two protagonists, Mumbai don Ganesh Gaitonde (Nawazuddin Siddiqui) and cop Sartaj Singh (Saif Ali Khan) – it made us wonder what lay next. The foreshadowing and clues, sprinkled throughout the season, were clever. It gave us prominent characters – such as Guruji (Pankaj Tripathi), Trivedi (Chittaranjan Tripathy), JoJo (Surveen Chawla) – but withheld crucial information about them, inviting us to connect the dots.

Season 2 picks up those loose threads and attempts to bind them. It opens in 1994, when Gaitonde is locked up on a boat in a sea far from Mumbai. The other track involves Sartaj, who has 25 days to crack the case – one that, if not solved, can wipe out Mumbai. Season 2, directed by Anurag Kashyap and Neeraj Ghaywan, markedly differs from its prequel.

To begin with, it severely lacks the urgency, the wicked humour and the heartfelt bonds that made the first season so captivating. Here, most things are seen from a (figurative) distance. The plot, as before, is tightly wound and demands close attention, but there’s so little happening between the lines, that you wonder what happened. Did the makers lose interest? Did they lose thematic material to mine? The second season feels so detached from its centre that it struggles to evoke intellectual curiosity.

There’s much to unpack here, though, at a narrative level. It tracks 23 years of Gaitonde’s life – from 1994 to 2017, where he finally meets Guruji, understands Trivedi, deflects the demands of RAW agent Yadav Madam (Amruta Subhash) – and Sartaj keeps unravelling the different clues, inching closer to solve the case. But the main problem with this season is that it suffers from a debilitating been-there-seen-that condition. Unlike the first season, which had novel takes on religious fundamentalism and everyday bigotry, Season 2 doesn’t give us new ways to think about the same material.

Some scenes involving the cop Majid (Aamir Bashir) are relatively affecting compared to most of the series, which really struggles to elicit an emotional response. But even his portion – especially one centred on religious discrimination – feels too generic, too flattened out, to feel for him.

Ditto the portion centred on Guruji’s commune, which, if you’ve followed Osho’s story or seen the Netflix documentary Wild Wild Country (2018), does not speak to you in new, remarkable ways. It’s this sense of regurgitation – of makers just doing a functional, borderline-competent job – that really hurts this season. Apart from, of course, the fact that it is incredibly ‘talk-ey’. The first season heavily relied on Siddiqui’s voiceover, too, but here we have another addition, in Guruji, and the two of them talk so much — explaining everything to us (their life’s story, their motives, their philosophies) – that it wears you down after a point. What’s worse is that Guruji’s philosophy isn’t particularly intriguing or profound. It doesn’t help open the show.

And when the makers do try to offset tedium with humour – by taking digs at Ram Gopal Varma – it doesn’t come across as funny, but rather a desperate attempt to salvage the season by targeting low-hanging fruit. Season 1, even though flawed, largely worked because the makers had a tight grasp over subtle tonal variations – skilfully segueing from crass humour to tense investigation to revelatory backstories – but there are scant surprises here. It’s very telling that in a series running close to six hours, there are less than a dozen scenes that stick with you.

The subplot centred on constable Katekar’s son Rohit (Praful Bankar), who has turned to Hindu fundamentalism to avenge his father’s death, is unsettling and fascinating – both for its economy and execution. Or the implication that Sartaj may not be very different from Gaitonde. Or the scene where Majid tells a suspect, “You think we’re fools to have picked you up?” And he replies, “Do you really need a reason to pick up a Muslim?” Or that wonderful scene, in episode 1, where the camera follows Sartaj chasing another suspect on road, then ascends – in an unbroken shot – as they climb the stairs of a building, and settles with them on the terrace. This is the kind of scene that doesn’t just sustain tension but feeds on it. This season would have benefitted a lot from such ingenuities.

Even the acting suffers from a similar problem. The ensemble here is excellent, but they’re way too complacent in their default modes (Siddiqui, the eccentric, contemplative gangster; Pankaj Tripathi, the Zen master – who makes deadpan artistic). This was perhaps a roadblock inherent to the series’ casting – they were presumably chosen to play these parts because they do them so well. But the lack of effort here – failing to find new ways to inhabit a familiar role or diction – is distinctly evident. Unfortunately, the others are worse – especially Chawla and Kalki Koechlin. Khan, who was impressive in the first season, is quite forgettable here.

Only one performance stands out, and that’s Amruta Subhash’s. Carrying a wonderful aura of dominance and enigma, she’s someone whose head you want to enter.

At one moment in the first episode, Gaitonde is stranded on a boat the middle of a sea, trying to locate a shore but failing. He’s baffled, annoyed, helpless. That’s what seeing this season felt like.