Review: 'Breathe' Is Strong on the Drama, But Over Ambitious as a Thriller 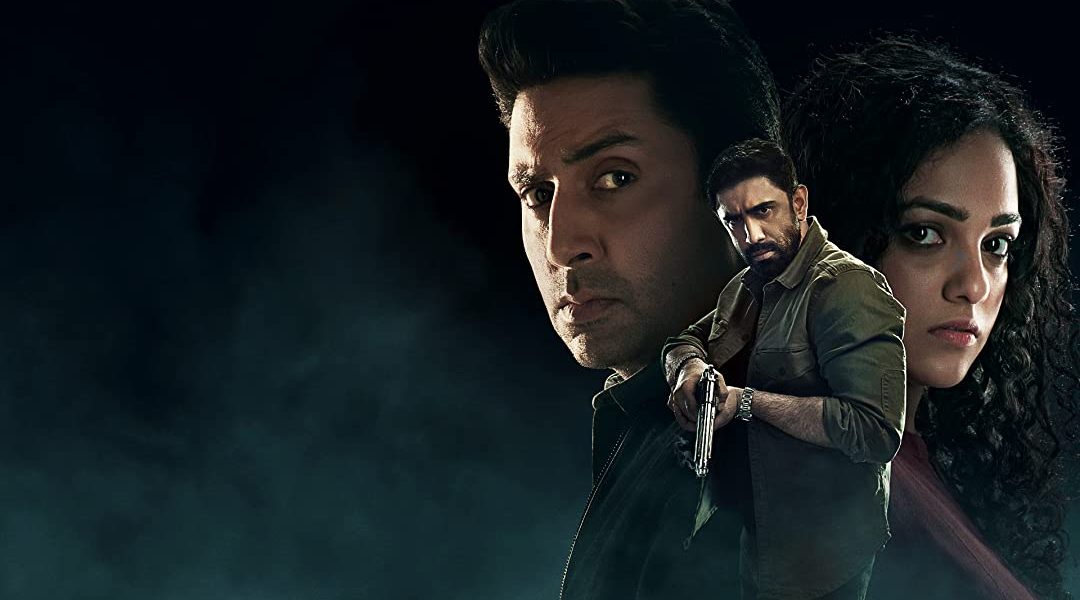 A poster for 'Breathe'.

Before the climax of the fifth episode of the 12-part Amazon Prime series Breathe, I was getting restless – and not for a good reason. My notes were littered with complains: “middling – not interesting”, “he decides to murder just like that? Not convincing”, “he doesn’t feel remorse, not even once?”, and on and on. Besides, I thought, I had cracked the villain’s identity in the fourth episode – something that hardly happens, as I’m very gullible when it comes to thrillers. (I had not.)

But then came the twist. A plot turn so nutty and ambitious that it made me reconsider the entire show. It ironed out a few inconsistencies, but some annoyance remained. With most movies or web series, you can almost say with certainty whether they’re good or bad. With Breathe, that estimation feels simplistic: it is both good and bad. It has two minds.

But I’m getting ahead of myself. Let me give you some context. Breathe, directed by Mayank Sharma, is centred on a family in Delhi. The father, Abhinav Sabharwal (Abhishek Bachchan), is a psychiatrist. The mother, Abha (Nithya Menen), is a chef. They have a six-year-old daughter, Siya (Ivana Kaur), who gets abducted from her friend’s birthday party. Days, weeks and months pass, and the Sabharwals don’t hear anything from the kidnapper.

They receive a message after nine long months. The kidnapper doesn’t want money; instead, he wants Abhinav to kill a middle-aged shopkeeper – his “anger” is the reason for his death. Abhinav, distressed and desperate, will do anything for his daughter, so he murders the guy. Soon, they receive another message. Now, Abhinav has to murder a lesbian artist. The reason? “Lust.” Now Abha joins this bloody game; she meets the artist pretending to be a food blogger from Bangalore. Meanwhile, Abhinav, who often works with the Delhi Police, joins the investigating team to throw them off. Abhinav and Abha bump off the artist and, by the end of the fifth episode, we get the twist: the kidnapper’s identity.

Breathe’s first five episodes slip and fall. That is so because the series doesn’t show, or make us feel, the couple’s torment; it is told to us. We’re told in the first episode – via a conversation between Abha and Abhinav – that three months have passed since they got a message from the kidnapper, which soon becomes nine months. But the show doesn’t give any evidence of such a long passage of time; it feels a few days or weeks at most. For a series with four writers – Bhavani Iyer, Arshad Sayed, Mayank Sharma and Vikram Tuli – the amount of exposition in the initial episodes is remarkable, and disappointing. It’s not difficult to gauge that many scenes were written for ‘infodump’; it makes for stagnant, stilted writing, especially in a thriller that seeks every excuse to escalate, not sag, tension.

But the most baffling bit about the initial episodes is Abhinav’s willingness to murder. Granted, a father may do anything for his family, but the series never interrogates the depth of that conundrum. It feels all the more strange, because Abhinav is a psychiatrist, well attuned to people’s sufferings. But the writers don’t show him grappling with guilt or indecision or dread; in fact, he takes to this assignment like a seasoned spy, tailing his victim, analysing his weakness, making plans. It’s even more difficult to buy this subplot because Abhinav’s first victim, a regular middle-class man, isn’t evil at all.

Even after Abhinav has murdered the guy, the show doesn’t examine his feelings; it seems no different from a bad day at work. Which is strange, because Abhinav is a respected man, far away from this ghastly possibility. This drastic transformation then, it appears, comes from the writers rather than the character. The leap of faith is not a one-way street; if you can’t bridge the gap, throw us a plank or a ladder or something. Breathe shows disinterest, so we, the audience, shrug in response.

Further, another subplot – centred on Delhi Police’s investigation, headed by Kabir (Amit Sadh) – lacks a captivating spark. Kabir, jailed for six months due to an on-duty transgression, is battling guilt and shame. It’s an intriguing bit of backstory but Sadh, playing the brooding, somber cop, comes off as a cliché.

The best acting, in fact, comes from three supporting characters, sub-inspectors Prakash (Hrishikesh Joshi) and Jaiprakash (Shrikant Verma) – who light up the show with their banter – and Meghna (Plabita Borthakur), Kabir’s reason for guilt, who, despite a traumatic past, chooses to move on, and live life with heart-warming candour and humour. The writing excels in these segments, breaking the monotonicity and gloom.

Then comes the twist and the show comes alive – splitting in two.

That turn accomplishes several things at once. First, it opens the series in new ways – both literally and metaphorically – giving us information we had no idea about. Then, it stops dropping red herrings and opens up, becoming fragile and vulnerable and honest, and you’re touched and compelled to care. I can’t reveal that spoiler, because it must be experienced first-hand, but I’ll say this: with the inclusion of that information, this thriller acquires the gravitas of a drama.

Not many pieces of fiction care for the villain’s backstory. He is someone to be feared and arrested and imprisoned; in fact, he’s not even someone, he’s something. But villains, too, are a part of society; ignoring their backstory means erasing a part of human experience that makes numerous suspense dramas two-dimensional. Further, we aren’t clear of blame, either: many times, the sane creates the insane. That is where Breathe shines; it’s a clear-eyed view of the evil, but it also shows its inevitability. It could have happened to any one of us, suggests Breathe, and that implication feels more scary than anything.

It’s also not often that we see villainy blending with mental disorder. We fear the former, care for the latter. Here again, the makers investigate that intersection with a lot of finesse: the bite of a troubled childhood, the shame of abandonment, the inability to grieve. As Breathe reveals more flashbacks in the subsequent episodes, we understand that it is primarily about the unresolved sorrow of a childhood trauma. A trauma that can only heal by destroying another childhood. Misery begets misery: that’s the core of Breathe – and it’s heartening to know that a show gets that.

But by introducing itself as a thriller – and throwing that wild twist – Breathe gets caught in its own trap. At the level of drama, it’s immersive and poignant, but that set-up promises way too much for a thriller, which the makers fail to deliver. Several plot points raise more questions than answers, as the show sways between the sublime and ridiculous. Bachchan is fine till the role doesn’t challenge him, but when it does, the results are middling. In some scenes, he shows impressive strains of vulnerability, but he falls short when he’s thrust into uncharted territory.

Also read: Aarya: Sushmita Sen Is a Revelation in This Taut Series

Breathe is a fascinating, uneven experience. Many times, when the show was in the thriller mode, I got impatient and waited for the heartfelt flashbacks. And when they came, I wanted them to stay. I experienced this weird push-pull, bordering on separation anxiety, for quite some time – a film-viewing experience I’m largely unfamiliar with.

In time, I realised, my reaction to Breathe – mirroring a pendulum swing – was no different from the show itself, which, changing forms, sees identity as a multi-headed beast. We do contain multitudes but in the end this question of identity becomes a game, too. It becomes a matter of competing narratives, of what we show and what we hide. The world may seem daunting but, as the show hints, if we can save ourselves from ourselves, that’ll be more than enough.