In a country where classical music connoisseurs are dwindling and the demand for the genre is on a steady decline, Ustad Fateh Ali Khan kept the flame of his art alive with a robust vigour and peerless flair. 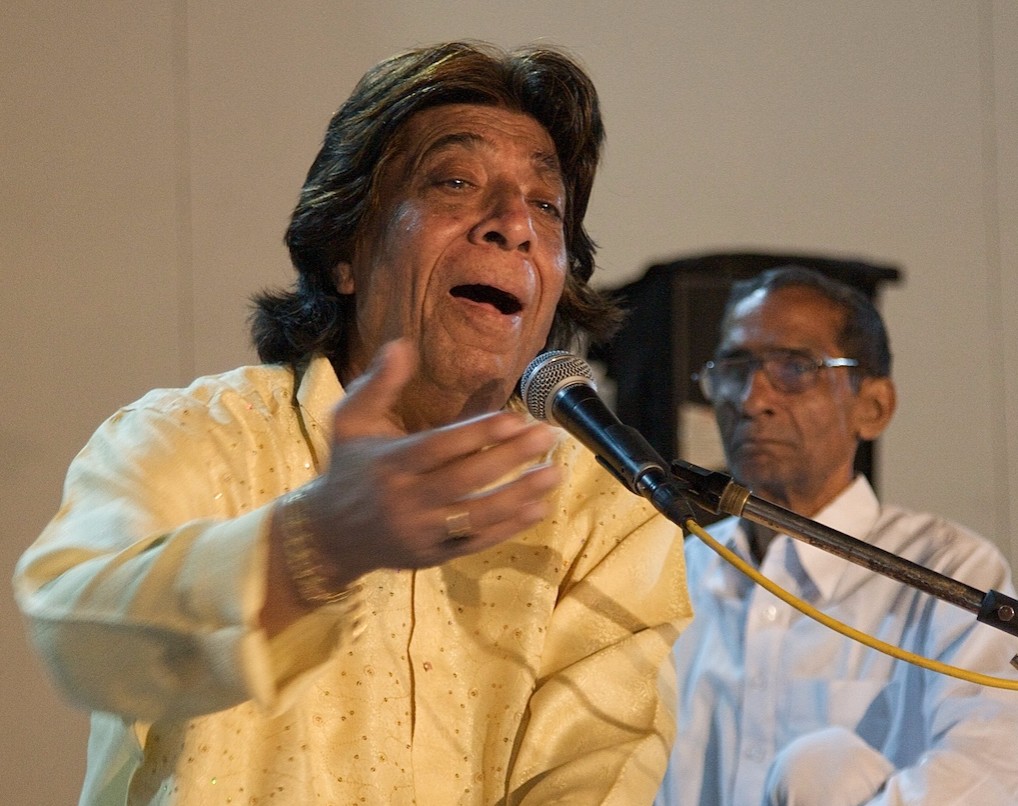 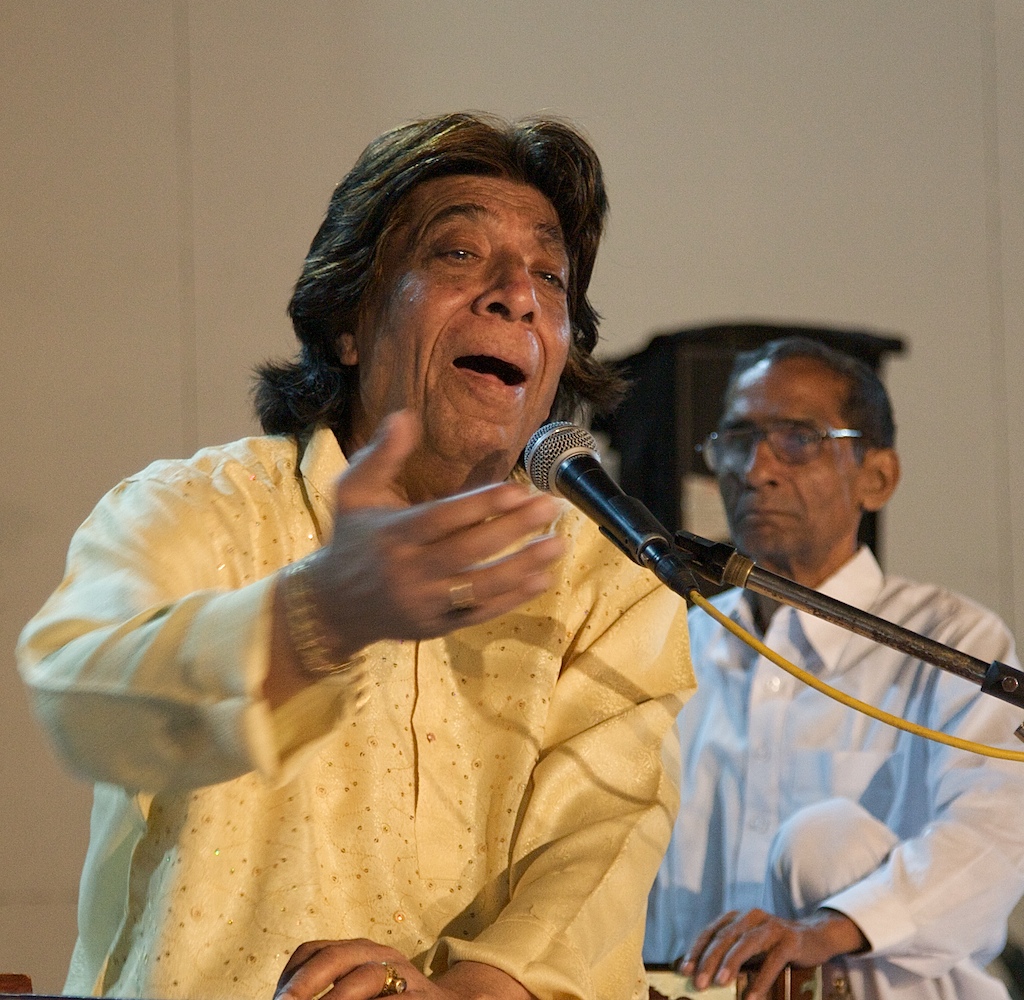 Ustad Fateh Ali Khan, the foremost exponent of the Hindustani classical music in Pakistan, is no more. For nearly half a century, he was the patriarch of the Patiala gharana – one of the six original stylistic schools or lineages – of the Khayal genre of the Indian classical music. He may have once been associated with the Maharaja of Patiala’s court, but truly he was the undisputed emperor of his music kingdom.

In a country where the connoisseurs of classical music are dwindling in numbers, and the popular taste and demand for the genre has been on a steady decline, Khan kept the flame of his art alive with a robust vigour and peerless flair. Not only did he preserve the aesthetic and style of the Patiala gharana, but he also maintained its preeminence in Pakistan and around the world.

Ustad Fateh Ali Khan was born in Patiala in 1935 to Akhtar Hussain Khan, who himself was an accomplished musician. According to Ustad Fateh Ali Khan, the Patiala gharana was founded in the mid to the late 19th century by his great-grandfather Mian Kallu who had received training from the last Mughal king Bahadur Shah Zafar’s court musician Mir Qutub Bakhsh ‘Tanras’ Khan.

Mian Kallu became the court musician to the Maharaja of Patiala and the mantle was later passed on to his son, ‘General’ Ali Baksh Khan, who performed in a duo with his friend ‘Colonel’ Fateh Ali Khan. The titles general and colonel of music were bestowed upon the virtuosos by the British viceroy victor Alexander Bruce, the ninth Earl of Elgin after they had enthralled him with their performance.The dynamic duo was called ‘Aliya-Phattu ki jodi’ and trained with Tanras Khan. Ustad Fateh Ali Khan was named after his grandfather’s friend and singing partner, ‘Colonel’ Fateh Ali Khan.

While Ustad Fateh Ali Khan received his musical education from his father Akhtar Hussain Khan, he was immensely impressed by Ustad Ashiq Ali Khan’s style, a colorful dervish maestro, who was the son of ‘Colonel’ Fateh Ali Khan and was another great exponent of the Patiala gharana of the 20th century. 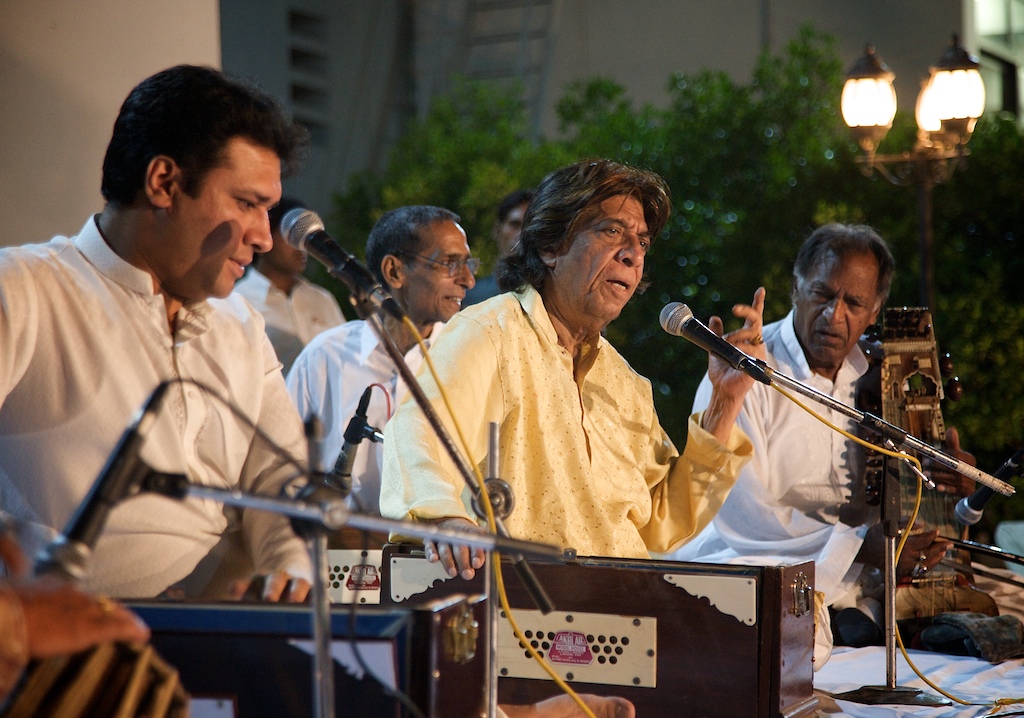 The Amanat Ali-Fateh Ali duo, as they came to be known, were arguably the best classical vocalist twosome that Pakistan has had in that it was a pairing of equals who complemented each other. While Ustad Fateh Ali Khan provided the sound architectural foundation in their Khayal renditions, Ustad Amanat Ali Khan’s melodic ornamentation brought the ragas to climax with culmination in fast-paced taranas in which the former exhibited his genius with matchless gamakas and the latter with the progressive intensification of tana in some of the richest pieces of the Hindustani classical music.

The Patiala gharana’s signature raga Ram Saakh, originally composed by Mian Kallu himself, was a favourite of the duo and their performances remain a benchmark in classical music. The asthai (opening) is “piya tore nain, more mann bhaiy” and the lyrics go on to state:

(Bless me o Khwaja Ghareeb Nawaz, this downtrodden has arrived at your sanctuary, now don’t let her pride down)

This Patiala bandish of Raam Sakh also alludes to the music house’s devotion to the sufi master Moinuddin Chishti Ajmeri aka Khwaja Ghareeb Nawaz. In fact, the duo’s debut performance at the Calcutta music conference was the raga Puriya Dhanasri, the asthai was “Sultan e Alam Nizamuddin Auliya” (O king of the world, Saint Nizamuddin).

The inclusiveness of the Chishti Sufi order, however, also found expression in the Patiala music tradition, for example, in a vintage raga Darbari composition where the lyrics “Kuch ajab khel Kartar ke, more Saeen Ghareeb Nawaz ke” (Strange are the ways of the Lord of Creation and that of my lord Khwaja Ghareeb Nawaz), are an ode to both the Hindu-Sikh belief system and the Islamic spiritualism.

The turbulence of the Indian partition, however, was such that these foremost exponents of the Patiala gharana – the only original music gharana domiciled in the Punjab – moved to Pakistan.

When Ustad Amanat Ali Khan died an untimely death in 1974, Ustad Fateh Ali Khan was devastated and on the verge of quitting music. He eventually returned to performing upon insistence of fans and family, particularly his mother, but he loved and idolised his brother to such an extent that he would not sing certain things until several years later, one of which was a superb Bharivi composition “Kab aa’o gey tum aa’o gey, mora tum bin jiya ra udas”.

Ustad Fateh Ali Khan once told me that in the late 1960s, when they were flying to Nepal from the then East Pakistan upon the king’s invitation, the plane hit turbulence. He said that he became fearful and looked towards Ustad Amanat Ali Khan who was sitting across the aisle and seemed in deep meditation. He said that he was a bit surprised and asked his brother, “Khan Sahib tuhanoon dar naeen lagda” (Are you not scared Khan sahib?), to which the elder brother responded, “get me a pen”. Ustad Amanat then wrote the lyrics Kab aa’o gey and composed it in Bhairavi on the spot.

Ustad Fateh Ali Khan narrated another incident of him getting a bit jittery when I first met him circa 2005 at a private concert that some friends had arranged. I was talking to my younger brother in Farsi, asking him if Khan sahib had had dinner, when the maestro overheard me and asked if I was speaking Persian. I acknowledged that I indeed was. Ustad Fateh Ali Khan said that he had picked up several Farsi words in his numerous tours of Kabul where he and Ustad Amanat Ali Khan used to perform for King Zahir Shah and at the Jashn-e-Kabul festival. 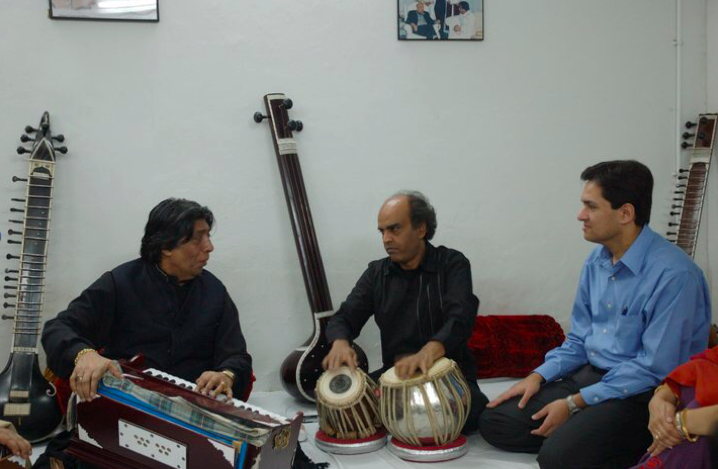 The Patiala gharana has indeed had Afghan exponents like the great Ustad Muhammad Hussain Sarahang who was trained by Ustad Ashiq Ali Khan. Ustad Fateh Ali Khan said that after Kabul was liberated from the Taliban in 2001, the French diplomats arranged his private performance for the ageing King Zahir Shah, as a gift upon the latter’s return from an exile after 30 years.

Ustad Fateh Ali Khan said that the war was still going on and when they assembled to perform, he heard loud thuds in the distance and became perturbed. The former monarch sensed the maestro’s unease and asked him about it. Ustad Fateh Ali Khan said that he told the King that he was a bit scared to which Shah Zahir Shah said, “Aap Darbari gaiay, bomb to girtay rehtay hein” (You start singing Raga Darbari, bombs do go off around here). The maestro said that he obliged.

However, to me, Darbari may be the raga of the kings but the Malkauns – when performed by Ustad Fateh Ali Khan and Ustad Amanat Ali Khan – is certainly the king of the ragas.

And while Ustad Fateh Ali Khan may have been anxious in the face of flying projectiles, he was most stoic and in total command when on stage. Armed with his swarmandal or harmonium, he was immensely confident and yet sublime. In jugalbandi face off with the instrumental masters, he could stare down the best of the best.

In one such instance, I saw a Sarangi maestro touch his ears and beg leave of Ustad Fateh Ali after about four hours of non-stop Khayal performance had worn him out. Very few artistes could have adjusted their singing as he did to compensate for the loss of his brother. Ustad Amanat Ali Khan excelled in high notes while Ustad Fateh Ali Khan completed with low notes and bass. At his best, Ustad Amanat would merge his pitch with the harmonium in a way like a high-flying seagull soars and then eventually dives into water.

Ustad Fateh Ali Khan’s gamaka embellishment, on the other hand, was like a master surfer skimming over the king tide in ocean. After Ustad Amanat Ali Khan’s sad demise, Ustad Fateh Ali Khan expanded his repertoire of the intervallic melodic expression like the gamaka and gitkari, along with fortifying his already superb alaap and bol, sargam and akara i.e. articulation.

The bol-tan i.e. simultaneous performance of lyrics and melodic tana was his forte, in which he drew inspiration from Ustad Ashiq Ali Khan. The noted music expert Daud Rahbar has accurately called Ustad Fateh Ali Khan the contemporary ‘Taan Kapta’” (the dean of tanas). Incidentally, Taan Kaptan was also the title of ‘Colonel’ Fateh Ali Khan.

Ustad Fateh Ali Khan later paired with Amanat Ali Khan’s sons Asad Amanat Ali and Amjad Amanat Ali and his own sons Rustam Fateh Ali and Sultan Fateh Ali, all of whom he had trained. However, it was not that he needed a duet partner for self-preservation but it was preserving the music of Patiala that was on his mind and he accomplished it against all odds in a country not conducive to Hindustani classical music.

Ustad Fateh Ali Khan performed almost every raga with perfection but his personal favorites seemed to be Kamod, Megh, Malkauns, Jaunpuri and Adana.

But he also relished performing thumri.

If Ustad Amanat Ali Khan’s voice was salty and sensuous, Ustad Fateh Ali Khan’s was sweet and soothing and made his Pahari renditions some of the best in the genre. His anga or manifest aesthetic, however, was quintessentially Punjabi. Although he performed a few ghazals here and there but his undeclared view of the ghazal was that to sing that genre, he had to step down from his station, which he did not want to.

Among his lighter renditions, his Dadra performances are par excellence and remain perhaps the most romantic pieces of Hindustani classical music ever.

The Patiala gharana in Pakistan would now be represented by Ustad Fateh Ali Khan’s sons and his youngest brother Ustad Hamid Ali Khan and his sons Nayab Ali Khan and Inam Ali Khan. However, the late maestro was one of his kind and would be a very tough act to follow. One is compelled to paraphrase Nietzsche that there would have been no life without Ustad Fateh Ali Khan’s music. You enriched our lives and edified our souls, rest in peace Khan sahib; you will be deeply missed.