"To speak in front of power is the courage which has been rightly given by the Constitution and you are the protector of it."

“To speak in front of power is the courage which has been rightly given by the constitution and you are the protector of it.” 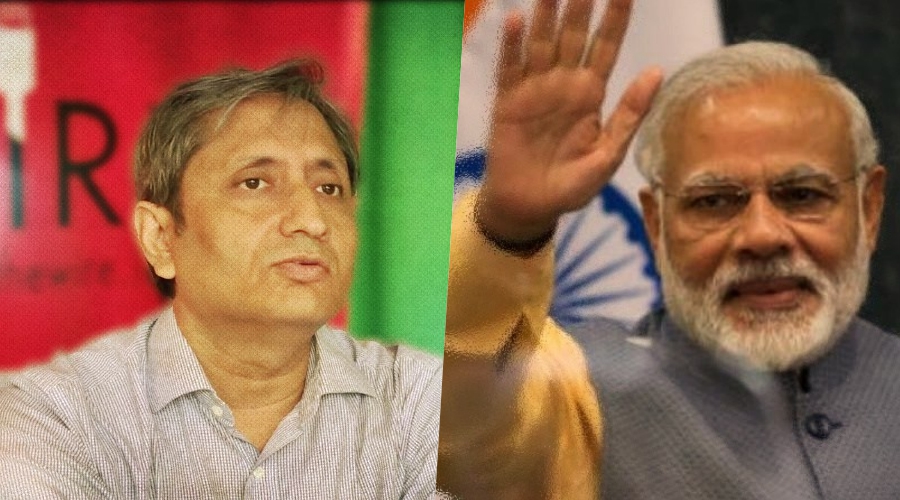 An investigation by AltNews.in has revealed not just the identity of some of the people sending abusive messages to NDTV anchor Ravish Kumar via WhatsApp but also the fact that at least one of them is followed by Prime Minister Narendra Modi on Twitter. The exposé suggests the existence of a systematic campaign by social media vigilantes to harass and intimidate journalists that the Bharatiya Janata Party and the Modi government considers unfriendly. The Wire is republishing an open letter from the senior journalist to Modi.

I am not only hopeful but confident that you will be hale and hearty. I always pray for your good health and may you get infinite energy. The intention of this letter is limited. It is well known to everyone now that linguistic decency has reached its lowest on social media platforms. This is being done by members of an organisation under your leadership, your supporters as well as opposition. The number of such people is increasing day by day.

Sad part is that, you follow some of the people on Twitter who are using derogatory language and threatening other people. You continue to follow them even after it comes on public domain. Company of such people neither suits you, nor the dignity of the post of prime minister. You might be following them due to some special qualifications. I sincerely hope that you will not consider qualities like the ability to bully, abuse or talk about grave communal issues to follow anyone.

It is possible that these people might be taking advantage of your faith and use such language. Since you are prime minister, it is your duty to look into the matter. I understand your busy schedule, but your team can make sure that you don’t follow such people on Twitter. These people are hurting your dignity. The Indian masses have given you immense love and if something fell short, you can always ask them, they will be happy to give it to you, but it does not adorn that the prime minister of India should follow such people who abuses any citizen of India, talk communally about the minority community and express sorrow about the critics.

Since I have read on AltNews.in in the morning that you follow few people on Twitter who are abusing me badly, threatening me, talking communally, claiming that a few other journalists and I, who are highly patriotic, are terrorists on a WhatsApp group named Om Dharm Rakshati Rakshati; I am really very frightened. Mr. Prime Minister, if I read the derogatory language used in this WhatsApp group about me and few other journalists, many people will close their ears. The language used about women journalists is really shameful.

I also feel bad and sorry about the foul language used for you on the social media platforms. But here the case if about the people from your side, who are threatening a journalist like me. Whenever I tried to leave the WhatsApp group, people in the group used to say that catch him, he is running away, beat him and again add me into the group. I can’t share the sample of their language over here because I know I am writing a letter to the prime minister of India. It is my obligation and duty to regard you even in my strongest criticism.

The crowd which is created by politics on social media platforms and roads, will become a challenge for society especially women. Their language is anti-women. They are so communal that you won’t even tolerate them. Anyway, you want to eradicate communalism from India by 2022. Your speech on  August 15 also didn’t have any effect on them and they have been abusing me till recently.

Now, I would like to ask if you really follow Neeraj Dave and Nikhil Dadhich? Why? Few days back, I had shared the screenshot of their WhatsApp group on my Facebook page @RavishKaPage. The investigation of Prateek Sinha and Neelesh Purohit of AltNews.in shows that Neeraj Dave is a resident of Rajkot and is the managing director of an export company. You follow Neeraj Dave. When I asked him to not use such abusive language he replied that he is sad that I am alive.

So much has been written about Nikhil Dadhich, other member of the same WhatsApp group. Whatever he said about Gauri Lankesh after her demise, you won’t like it ever, however the fact is that you are following him till now, if my information is right.

Also Read: Gauri Lankesh Assassination: How the Right Wing Is Trying to Spin the Narrative

But sir, I really didn’t know that this Nikhil Dadhich is in my phone also. He is a member of that communal WhatsApp group in which I am added, forcefully every time, where I am being threatened. I really didn’t even think that the group, which was a matter of concern for me from last several months, of which I kept on taking screen shots quietly, that the members of that group will be connected to you. I hope, all this is wrong and the investigation of altnews.in is also wrong. There are many photographs of Nikhil Dadhich with your ministers.

Not only this, but there are many group admin of Om Dharm Rakshati Rakshati group. Many admins are named RSS, RSS-2. The name of one of the admins is Akash Soni. There are photographs of Akash Soni with the only second woman defence minister, Nirmala Sitharaman, health minister JP Nadda and Delhi BJP president, Manoj Tiwari. Photographs can be taken with anyone but he is running a group which is threatening other people and spreading communalism. I have read various news where it is said that the WhatsApp group admins have been arrested for writing about the Prime Minister. 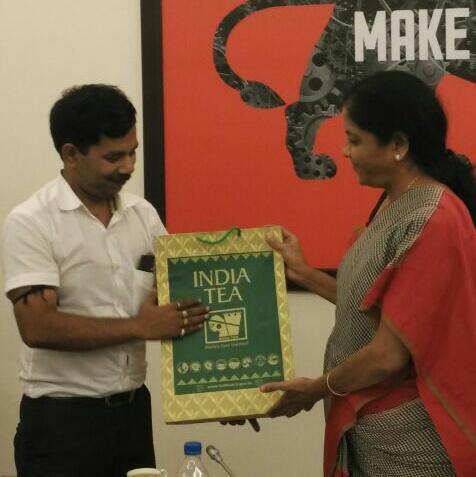 Is Akash Soni an office-bearer of RSS? He has put the phone numbers of other journalists like Abhisar Sharma, Rajdeep Sardesai and Barkha Dutt, including me, on his page. This is also told in the report of altnews.in.

Earlier as well, leaders of organisations which are running under your leadership have share my number in the public domain and I have been threatened. I was worried but didn’t sit down to write to you. This time I am writing because I want to know, and get it investigated that are the members of this WhatsApp group a big threat for me? Is my life in danger?

There was a celebration on social media a few days back that I would be fired from my job now. Many said that the government is running behind me. Recently, Bobby Ghosh – editor of the Hindustan Times was fired because you didn’t like him. I read this on TheWire.in. They quote this and say that now it is my turn. Though I laugh about such things but they also worry me. I can’t believe that the strong prime minister of India can take away the job of a journalist. Then people say that it is a matter of few days only, your arrangement has been done.

If at all, it happens, it is a privilege for me, but don’t let it happen. Not for me, but for the great democracy of India. Otherwise people will say, that if my voice is different from others, is there no place for me in this democracy? The job of a journalist will be decided at the level of prime minister and finance minister? I see all these speculations from the threats given on that WhatsApp group. If you wouldn’t have been following such people, I would have not written this letter to you.

I have an aluminium box which I carried to Delhi. By God’s grace, I have achieved many things in these 27 years but I still have that box. I can leave for Motihari with that box, but there are responsibilities of family also. Everyone is worried about job security. Many big stars are doing commercials even at the age of 70-75 so that they can earn. When such big people worry about running their household, then how can I not worry about it? I am also worried, for there is the responsibility of family. You won’t like to see my children on the road. Will you like it? Though, my children will still pray for you. I love roads. I will still question. Bapu had set an example at Champaran that no matter how big the power, how unaware is the place, anyone can stand in front of it with moral force. I am a small part of that great soil.

I don’t speak truth to threaten others. Bapu used to say that the truth with ego is not truth. I speak to make myself more humble and to atone for my inner contradictions. When I am not able to speak or write, I keep on struggling with that truth. I speak in the struggle to be free from all the weakness due to which people say that don’t fear the Government or what? I am afraid of my weaknesses. I speak to fight my weakness. I write. Many times I fail. Then I console myself that though I failed this time but next time I will try to pass this exam. To speak in front of power is the courage which has been rightly given by the Constitution and you are the protector of it.

I am making this letter public and sending it to you by post. If you know Nikhil Dadhich, Neeraj Dave and Akash Soni then please ask them that are they or their group planning to kill me? I am also attaching the link of altnews.in. I am sorry if I disrespected you while writing this letter.