Why Are People Fighting for the Rahul Collection at Patna Museum?

Throughout history, Bihar has been the epicentre of Buddhist teaching. The Rahul Collection commemorates this heritage. 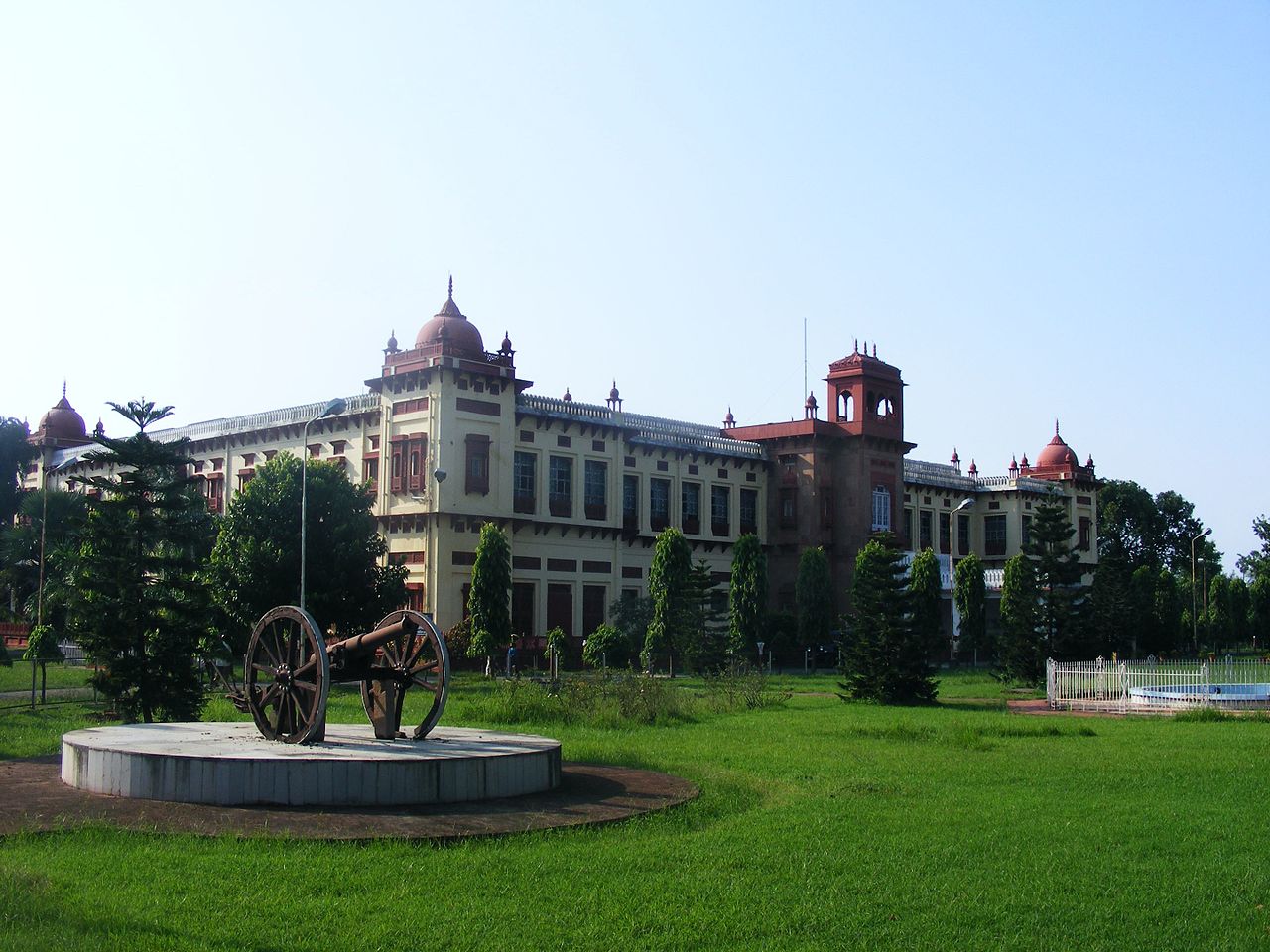 The Rahul Collection, housed for the last 80 years in Patna Museum, has been in the news recently, following the decision to shift a part of it to the new Bihar Museum that will be inaugurated at Patna on October 2,, 2017. Along with Rahulji’s immediate family, prominent academic scholars and activists are unitedly opposed to the decision.

The Rahul Collection at Patna

The Rahul Collection was a provisional gift made to Patna Museum by Mahapandit Rahul Sankrityayana, commencing from 1933, and is the fruit of the four arduous journeys he made to Tibet in 1929, 1934, 1936 and 1938.  Items were added to it until 1956. The nucleus of the collection is housed in three separate segments in the historic Patna Museum building. They are:

A: The art collection of Tibetan thanka paintings, reliquary objects and statuary, establish the Bihar-Nepal-Tibet linkages of Buddhism, as well as the lineal descent of Buddhist iconography from the Ajanta/Ellora fresco style to the Tibetan thanka style. The antique thanka paintings also significantly represent the Buddhist periods and personalities, such as the Chaurasi siddhas and some of the legendary acharyas who taught Buddhist logic at Nalanda, Vikramshila and Odantapuri Mahaviharas. The art collection is with the Rahul Gallery at Patna Museum.

B: The second segment has the Narthang and Lhasa editions of the Tibetan Kangyur and Tangyur, which are translations of the Buddhist Sutra and Vinaya texts, as well as over 1600 miscellaneous Tibetan manuscripts comprising Buddhist epistemological, astrological and meditational texts. There are also Tibetan records of India and Bihar in Buddhist times. Bound in bundles, they record the undiscovered history of Buddhist India. These are housed in the archive of the Bihar Research Society in the premises of Patna Museum. 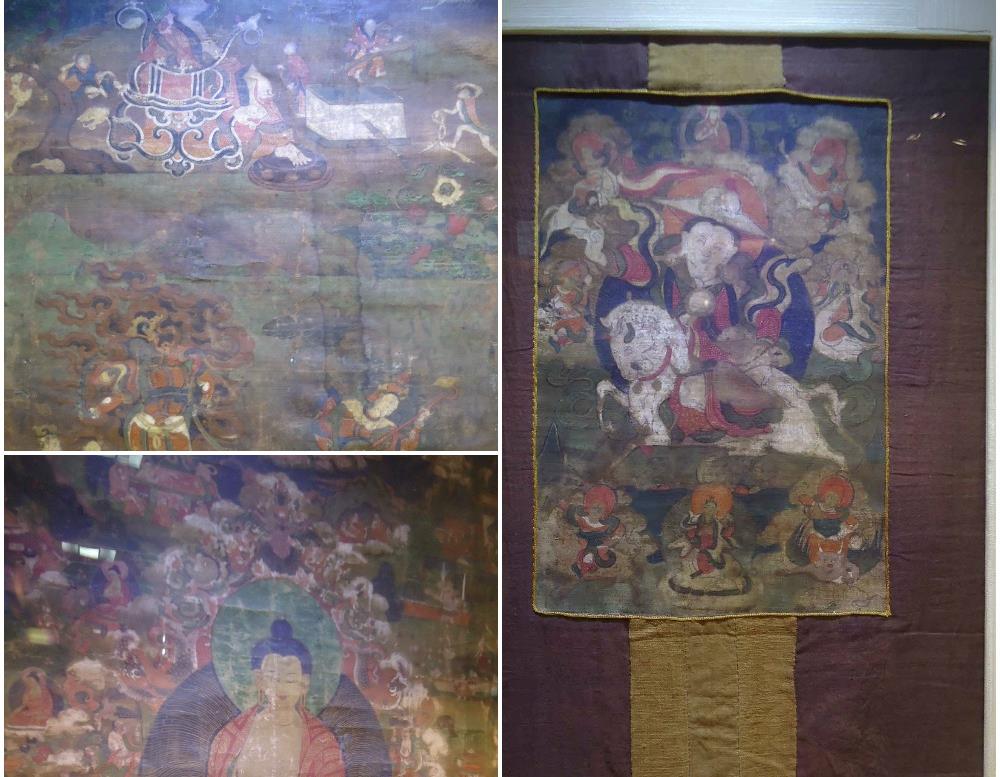 C: The glass negatives of the Hybrid-Sanskrit (i.e. Prakrit) texts on Buddhist logic from the late Buddhist period, photographed in Tibetan monasteries from the palm-leaf originals now lost in India, from which the Tibetan texts were translated. These are with the K.P. Jayaswal Research Institute in the premises of Patna Museum.

Coins, ritual objects, images of bronze, unbaked clay and wood, items of jewellery, costumes and objects of daily life, as well as glass negatives and photographs of personalities are also part of the Collection.

The vision behind the collection

On Baudh Sanskriti, Rahulji had written – “The civilisation of India crossed its frontiers with the spread of Buddhism…After the loss of sovereignty, the lands which drew inspiration from the Indian heritage were cut off: …if we really want to learn of India in ancient times, then the knowledge of that greater India, still extant in the major languages of Asia in the form of Buddhist literature and its historical and geographical record, can help us to shed our present insularity.”

He said of the lost manuscripts: “The time is coming when these will have to be retrieved into Sanskrit or Hindi — only then will our understanding of our heritage be complete.”

Proposal for rejuvenating the Rahul Collection and Patna Museum

Throughout history, Bihar has been the epicentre of Buddhist teaching. The Rahul Collection commemorates this heritage, and was gifted to Patna Museum in recognition of its historical link with Bihar. The Collection is well known to scholars of Buddhist, Tibetan and South Asian studies, and many among them have come to Patna over the years to do serious work at the Museum. The Rahul Collection is a living resource that is still largely not researched. It is essential that the integrity of the Collection be preserved. Taking away any part of it destroys the value and utility of the rest, ending all future possibilities of research.

Scientific catalogueing, conservation and documentation of the entire Rahul Collection is essential to make it accessible to the scholarly community and to facilitate this,  it should remain in one place in its entirety. In addition, it’s  integral display with other antiquities in the museum corpus can shed great light on the Buddhist period in Indian history.

Patna Museum can give fresh impetus to Buddhist historical and philosophical studies in India. The manuscripts archived at the Bihar Research Society are being digitised by the National Manuscripts Mission. Scholars from across the world engaged in Tibetan, Buddhist and South Asian studies will welcome such a centre, which would offer them the opportunity of studying these rare texts in the milieu of the same Bihar where the texts were generated by their respective authors. With all three segments of the Collection housed in the same premises, serious researchers could visit any section of the Museum at any time each day, cross-referencing the material at hand. The archaeological sites of Buddhist interest are all located close by.

The Patna Museum building is a heritage structure built specially to house the valuable displays. An auditorium and several halls are available for use during meetings and seminar sessions. The extensive lawns surrounding the building insulate it from traffic noise. The libraries on the Patna Museum premises have a rich and extensive collection of books and journals for ready use as reference material. Thus with some upgradation of facilities, and curatorial inputs from scholars in Bihar and outside, this historic institution can be given a fresh direction in its centennial year.

Re-establishing the Rahul Collection and Patna Museum within the collective consciousness of the world of letters, will be a true homage to the illustrious institution builders, scholars and academics who established Patna Museum 100 years ago as a repository of the antiquities then being excavated at important archaeological sites and continued to promote deep study to further our understanding of the history of Bihar, of India and of the world.

This open statement was originally published on the Indian Cultural Forum website.