His books, which were laced with humour and satire, have been translated into many Indian and foreign languages. 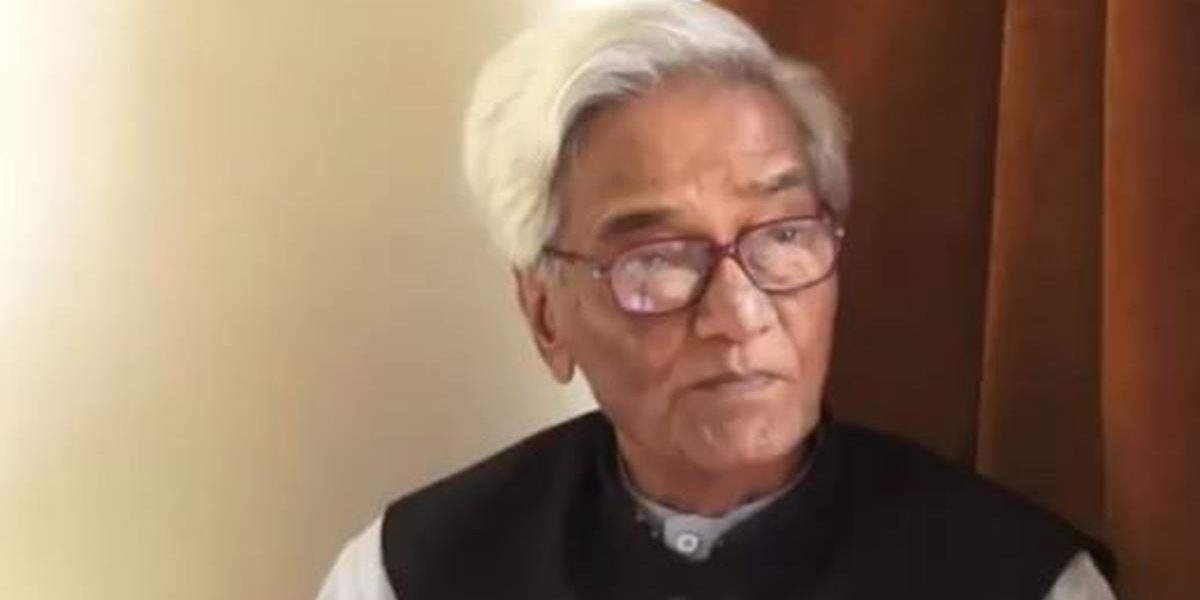 New Delhi: Noted Urdu writer Mujtaba Hussain, who has several books of humour and satire to his name, passed away on Wednesday morning in Hyderabad. He was one of the most popular Urdu writers in the sub-continent. His work has been translated into Hindi, other Indian as well as foreign languages, and is part of the Urdu syllabus of schools and universities across India. Khushwant Singh was an unabashed admirer of Hussain and considered him a rare breed among the Indian writers of humour.

Some of his critically acclaimed books include Takalluf Bar Taraf, Qata-e-Kalam, Qissa-e-Mukhtasar, Baherhal, Admi-Nama, Chehra Dar Chehra, Aap Ki Tareef and Japan Chalo Japan. He was 83 years old and is survived by his wife, two daughters and two sons. His funeral prayer was performed at a mosque in Farman Wadi area of the city and he was buried in a nearby qabristan.

Speaking to The Wire, Delhi-based bilingual (Urdu and Hindi) poet and broadcaster Nomaan Shauque said with the demise of Hussain, “We have lost one of the greatest literary figures of Urdu literature in the Indian subcontinent. He was the last pillar of Urdu humour and satire after Mushtaq Ahmed Yousufi.” Shauque said Hussain was also the first Urdu satirist to be bestowed with the Padma Shri. According to Shauque, Hussain was a dynamic person with a rare sense of humour and he never compromised his principles.

In December, he had announced that he was returning the Padma Shri to protest the enactment of the contentious Citizenship (Amendment) Act (CAA). “The democracy for which I fought is under attack now and the government is doing that. That’s why I don’t want to associate the government with me,” Hussain had told media persons. He received the Padma Shri, the fourth highest civilian honour in the country, for his contributions to Urdu literature in 2007.

Hussain was a great admirer of communist leader and famous poet Makhdoom Mohiuddin. “I was the secretary of Bazm-e-Urdu. The communist movement was at its peak in those days. Makhdoom Mohiuddin was then released from jail. He was my ideal. As a poet and leader I was very much impressed with him. It was the beginning of the 60s; Urdu was widely spoken in Hyderabad,” he told F.M. Saleem of Siasat in an interview in 2013. He worked with the Urdu daily Siasat as a sub-editor and later went on to join the Indian Information Service in 1962. In 1972, when prime minister Indira Gandhi constituted a Committee for Promotion of Urdu under the chairmanship of Inder Kumar Gujral, Hussain was invited to write a chapter on journalism in the report.

Describing his own entry into the field of literature, Hussain had said in the interview that, “It was not me who chose humour and satire but it was humour which chose me. I took up satire and humour incidentally…On August 12 as soon I reached Siasat office, elder Brother Jigar Saheb and Abid Ali Khan Saheb called me and proposed to write ‘Sheesha wa Teesha’ column. In the morning at 10:30 I started column writing and finished the column before 2 pm. I wrote with my pen name ‘Koh Paima’; after a week people began asking who was writing the column…The thing which began incidentally became the destination of my life and also the purpose of life.”

Hyderabad based writer and founder editor of Taemeer News, a socio-cultural and literary Urdu web portal, Mukarram Niyaz said it is unfortunate that due to the lockdown, not many people will be able to gather to see Hussain for the last time or participate in his funeral prayer and burial. Speaking to The Wire, Niyaz said that despite him being a writer of global repute, the new generation is hardly aware of his writings. “The best tribute to Mujtaba sahab would be to spread his work using digital technology and new media,” he added.