Why Some of Us Can't Even Hate-Watch Netflix's 'Indian Matchmaking'

The show confronts us with our own loneliness, presents marriage as a solution and accomplishment, but then reveals the process of getting there to be an exercise in self-erasure – sorry, “compromise”.

Sima Taparia in a still from 'Indian Matchmaking'.

Then she blurts, “But I’m so lonely.”

It’s hard not to think of Jo’s confused anger while watching Netflix’s Indian Matchmaking as people – some agreeable, some not – turn to Sima Taparia (“from Mumbai”) to find a “life partner”. Indian Matchmaking is not like Love Is Blind or Too Hot To Handle because it doesn’t present love as a deep connection disconnected from superficiality (the first) or liberate sex from the consequences of love and marriage (the second). Instead, Taparia makes the stakes of this show infuriatingly clear in the introduction itself – marriage is about families, millions of dollars are at stake, caste is important and “adjustment” is required. It’s everything we pretend marriage isn’t about, presented baldly through people we (many Netflix-subscribing urban Indians) can’t help but see ourselves in.

Also read: Review: ‘Breathe’ Is Strong on the Drama, But Over Ambitious as a Thriller

The show is stressful because it confronts us with our own loneliness, presents marriage as a solution and accomplishment, but then reveals the process of getting there to be an exercise in self-erasure – sorry, “compromise”. First Taparia and her clients chop people down to a set of euphemistic adjectives together, creating a specific hole in the client’s jigsaw-life that Taparia will sift through hundreds of pieces to find a perfect fit for. Then Taparia tells us exactly which quality of her client’s is going to reduce their bargaining power in this market place, effectively preparing the client to shove the wrong jigsaw piece into the space they’ve been saving.

Rupam, a divorced single mom, is effectively told her child (the very daughter she wants to provide a family for) is a liability for Taparia’s usual clientele. Nadia, an event planner whose Indian ancestors settled in Guyana in the 1800s, is told that finding a match for “a Guyanese” is not going to be easy. If you’re holding out for a puzzle piece with six pointy-bits, you’re going to have to leave two or three of them empty. Or, if you’re a puzzle piece with six pointy-bits, best to snap a couple of them off.

Nadia and Vinay from ‘Indian Matchmaking’ on a date.

Everybody has parts they shave down or empty spaces they learn to fill themselves, but the thing that makes arranged marriage inherently sinister (and different from “human Tinder” as it’s described in the show) is that this particular resizing is meant to leave behind only caste and class (sometimes even just caste). At the end of this process, you’re left with a complete jigsaw puzzle that announces your superiority to the world. Your spouse is just a set of qualifications to finally one-up your neighbours or your rival at work. Taparia knows her clients are after status and respectability, that’s why she dismisses the suggestion that she ask her clients why they want to get married.

Marrying within your caste and class is already shockingly easy in India, and you’re likely to end up in a socially respectable marriage without ever acknowledging the existence of either criteria. Stagnant social mobility, casteist educational institutions and economic inequality glom together to create families, neighbourhoods, schools, colleges and work places where everyone has similar incomes and wealth, lifestyles, intellectual interests and ambitions. In other words, the metrics of compatibility all conspire towards upholding oppressive structures. So to seek out an arranged marriage is to tell the world that you don’t want to leave even the possibility of straying out of your privilege. 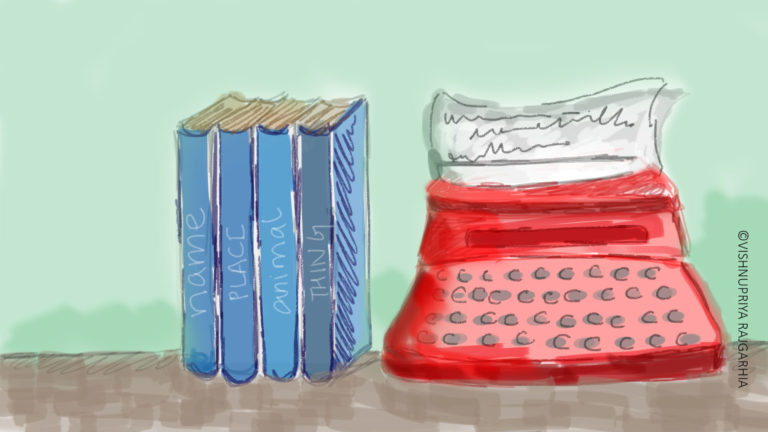 It’s tempting to think of arranged marriage as a no-bullshit approach to modern relationships (“human Tinder”) but as Taparia demonstrates repeatedly, in this system you’re only as good as your worst “quality” – being divorced makes you undesirable, being Guyanese makes you unsuitable, having a criminal and absent father makes you a poor prospect. Practicing hyper-individuality to stand out on dating apps is disenchanting, having your personhood disregarded completely is no better.

We’re in a pandemic, we can (hate)watch whatever we want and nobody is obligated to sugarcoat Indian elitism, but the show glosses over the mental scars that come with being treated like chattel. At least two of Taparia’s clients (both the sons of wealthy businessmen) frequently cite the number of women they’ve rejected (50, 100, sometimes more). They’re nonchalant about it but it’s not harmless. Many Indian women have shared their side of this process since the show was released, revealing the ugly side of arranged marriage – permanently damaged relationships with our parents and/or extended families, cruel new ways of seeing ourselves, ravaged self esteems and above all, the prospect of lifelong loneliness if we don’t marry.

Indian Matchmaking concludes with a rom-com-esque montage of happy couples describing how long they’ve been married and how good it’s been – this is obviously meant to tell us that the messy, inconclusive narrative arcs we just watched are meant to end up here. They might as well have a banner reading “It works!” permanently pinned to the screen. But these couples aren’t the most heartening part of the show. For me, it’s Rupam, who finds what she’s looking for on Bumble – effectively disproving the matchmaker’s thesis that a divorced single mother cannot get what she wants. And Vyasar, who realises that hiding information about his dodgy father is a bad way to embark on any relationship that’s meant to foster trust and vulnerability. In an essay on marriage and weddings, Jia Tolentino lays out the historic origins of marriage as an economic and legal arrangement across cultures and time: Confucius defined a wife as “someone who submits to another”, Assyrian law declared a man could beat his wife without guilt, men in early modern Europe got all the rights to a woman’s property as well as the right to beat and imprison their wives in their homes if they wanted to.

Also read: When There is Despair, There Will Be Hate Too. And That’s Not a Bad Thing

Marital rape is still legal in India. Disputes and murders over dowry are regular news items. Every single piece of government ID I own carries my father’s name on it and serves as a reminder that I “belong” to a man and my agency will transfer to my husband if and when I marry. Every form I fill asks me to signify whether I’m married, reiterating marital status as an important part of individual identity. Loneliness ravages our brains, fraying our cognitive abilities, wreaking havoc on us psychologically and then bureaucracy and society reinforce single-dom as a personal failure, as if there’s only one kind of loneliness in the world. If you’re dating someone and want to live with them without making it “official”, finding a house and navigating social situations throws up new kinds of judgment and ostracism. In these conditions, it’s hard not to think of getting married as an accomplishment.

Sure, arranged marriage can work with “adjustment” and “compromise”. So can any other kind of marriage or relationship but for those of us already struggling with (and against) our place in this particular Indianness, Indian Matchmaking is a distressing reminder that we’re right where we’ve been for generations and I’m right where Jo March is when she tries to reconcile all that she knows and loves about herself with the prospect of marriage.

There has to be more or something else, some of us think to ourselves as we contemplate the markers of adulthood, and this show flatly tells us, no. How can you hate-watch that?

Nehmat Kaur is a freelance writer and an MBA candidate at the University of Oxford. She tweets at @nehmatks.