The 'thing' for this week's column is war – what nations expect from soldiers and the unexpected societal consequences of losing. 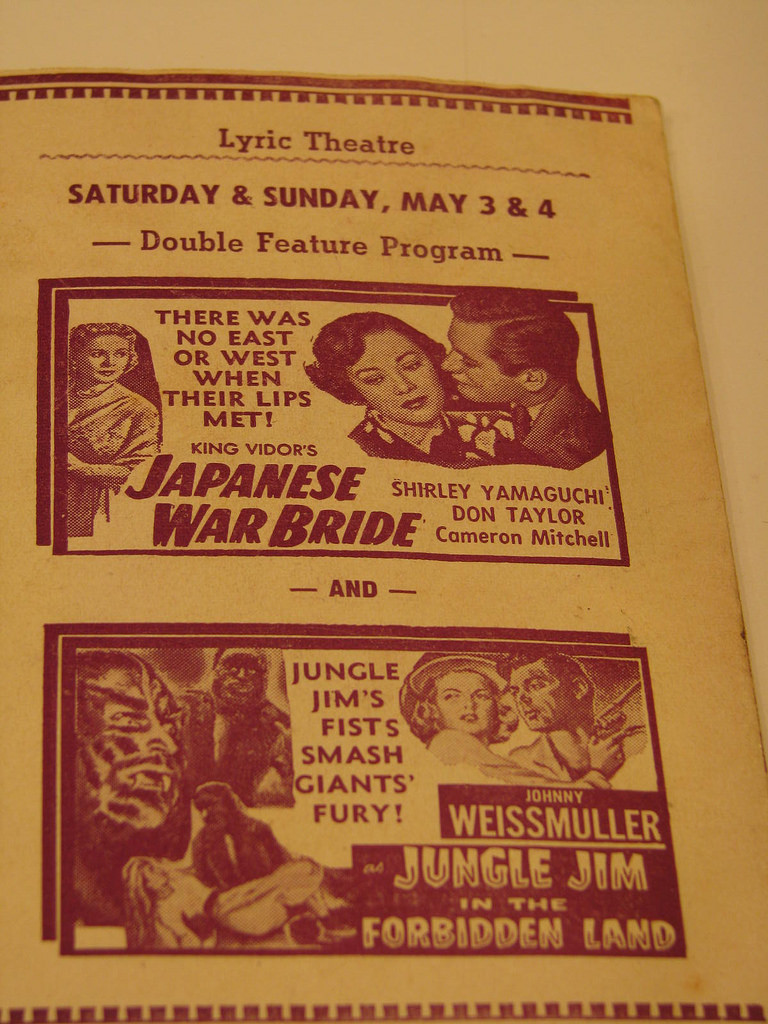 In the aftermath of the Uri attack, war hasn’t really been far from anyone’s mind, including mine. Questions of whether we should go to war, India’s military capacity compared to Pakistan’s, the history of the dispute and the conflict in Kashmir have dominated our social media feeds and our newspapers. So it seemed like a natural extension of this concern to suddenly notice the vast amount of material people write about wars, going back years and decades through historical records to make sense of a chaotic, destructive time and its aftermath.

Was Hitler addicted to crystal meth and were Rommel and his soldiers high while invading France?

According to an article in the Guardian, this is not a far-fetched conspiracy theory but the subject of a new book, Blitzed, that looks at how Nazi drug abuse shaped the course of history. The Second World War is a thoroughly covered subject at this point yet Norman Ohler is the only one who decided to use drugs as a lens to study Nazi Germany.

The crucial thing that makes this narrative believable was that crystal meth, in its German pharmaceutical drug form, was easily and legally available at the time. According to the article, “Pervitin, as it was known, quickly became a sensation, used as a confidence booster and performance enhancer by everyone from secretaries to actors to train drivers (initially, it could be bought without prescription). It even made its way into confectionery.” Housewives took it to be more efficient at household chores and lose weight at the same time. Eventually, soldiers took it to battle the greatest enemy of all – sleep.

Taking the drug became an institutitonalised practice, with soldiers being administered the drug  under a “stimulant decree” ahead of an assault or battle. Ohler cites the invasion of France in 1940 as the most notable example where Nazi commanders circumvented soldiers’ need for sleep by pumping them full of amphetamines, giving the Nazis the advantage of speed over their enemies. Ohler told the Guardian about his take on France, “But then the stimulant decree was released, and that enabled them to stay awake for three days and three nights. Rommel [who then led one of the panzer divisions] and all those tank commanders were high – and without the tanks, they certainly wouldn’t have won.”

Nazi pharmacologists tested a cocaine chewing gum, the hardest form of the substance that German soldiers had ever taken. The invention was designed to help soldiers stay awake for days at a time. However, things did not go as planned according to Ohler, “The young marines, strapped in their metal boxes, unable to move at all and cut off from the outside world, suffered psychotic episodes as the drugs took hold, and frequently got lost, at which point the fact that they could stay awake for up to seven days became irrelevant.”

Hitler himself took injections of Eukodal several times a day for stomach ailments and generally ailing health. Ohler recounted Eukodal as  “a “wonder drug” called Eukodal, a designer opiate and close cousin of heroin whose chief characteristic was its potential to induce a euphoric state in the patient (today it is known as oxycodone).” While some people think that Hitler was starting to suffer from Parkinson’s during his last days in his bunker, Ohler suspects some of Hitler’s symptoms, like shaking, were due to withdrawal symptoms. The Fuhrer unwittingly turned himself into an addict.

What do we expect of our soldiers come wartime? Ohler’s account makes it seem like amphetamines, that are now known to have debilitating physical and mental effects on humans, were the only way to become the ideal, energetic, always productive citizen – but one needed to be super human to embody these characteristics. Do we expect the country’s soldiers to be efficient killing and fighting machines for the sake of nationhood? Does war, especially one with really skewed odds, really necessitate measures that require us to strip soldiers of their humanity to protect ours? And what of the civilians, such as train drivers and housewives, who too felt the need to machinate themselves through drugs to be more productive for the sake of the country. Ohler’s book goes to show that nationalism, as a sentiment and ideology demands more of us than we are consciously aware of. In this case crystal meth “was National Socialism in pill form” as Ohler put it. “They married the enemy, then created unique American lives.”

After the US defeated Japan in the second world war, tens of thousands of Japanese women engineered their own version of the American Dream by marrying young American GIs and returning with them to the purported ‘land of opportunity.’ Katheryn Tolbert, the author of this piece on Japanese war brides and the daughter of one, also made a documentary about these women. She described the women’s arrival in the US as, “The brides, as many as 45,000, landed in the home towns of their husbands, places where Japanese people had been visible only on World War II propaganda posters. Was their skin really yellow? One war bride in South Carolina was asked to pull up her sleeve since no yellow was visible on her hands and wrists.”

These women changed their names to generic American ones so their husbands and their new families could pronounce them better and practically abandoned their Japanese identities, becoming American by occupying rural towns in the Midwest and working on farms, by raising children without hyphenated ‘Japanese-American’ identities and opting for the simpler ‘American’ instead.

What’s most striking about this piece is how it subverts the notion of a glamorous American life. For instance, many of the Japanese women who went on to be war brides were from urban, privileged backgrounds who then abandoned all of that for isolated lives on rural farms in the middle of the American heartland. Tolbert described one of the women, “It was 1953. Hiroko was 21, enjoying a life of movies, parties, going around with groups of other young people determined to have fun and not think about the future. There was a kind of recklessness about these young women who had seen their families and nation ruined by war.”

All of this however resulted in something along the lines of Tolbert’s mother’s life. Tolbert’s words are factual and saddening because of their sparseness, “My mother, once a daughter of privilege, came to her in-laws’ chicken farm. She has lived in the same two square miles of countryside ever since. It has been 64 years.”

The demand for being a war bride was so high that Tokyo had schools for women to learn to be ideal American housewives, one of Tolbert’s interviewees recalled learning how to make a meatloaf; other lessons included walking in high heels. War helped export American ideas of womanhood all the way to Japan, irrevocably changing thousands of women’s lives.

While the emergence of such schools can be seen as a supply response to a popular demand, it is hard to escape the feeling that these women were commoditising themselves to be more attractive to American soldiers or simply to be more American. Losing the war left them with little chance at economic or personal happiness since the economy was devastated and the Japanese soldiers that did return from war were physically and mentally “debilitated.”

The women did it to build a better life, a brighter future for themselves and marrying an American was the best way out. They weren’t necessarily thinking of human bonds or if their relationships with these American men would be fulfilling. The imagined future was necessarily abstracted to signify economic prosperity or something that simply wasn’t a war torn country. An Indian soldier guarding the base at URI following the militant attack that took place there. Credit: PTI

In a recent op-ed, ‘The Shroud of a Word’, Akash Joshi makes a case for why referring to Uri’s fallen soldiers as martyrs does them a disservice. The article too gets to the heart of how nations struggle to characterise and articulate their expectations from their soldiers.

Joshi explains the religious roots of the word martyr, referring to Christianity, Islam and Sikhism.  He writes, “The thing that unites them all, diverse beliefs aside, is the idea of will and sacrifice. Martyrs, whatever else they may be, take a conscious decision to die.” The men who died in the Uri attack did not volunteer to die, they were killed by attackers and also burnt when their tents caught fire.

According to Joshi, “The misuse of a word as powerful as that [martyr] is not merely a semantic error — it is also a kind of moral sleight-of-hand that allows the powers that be to obfuscate the complexity of the world we live in and their own negligence in the tragedy of innocent lives lost.” Joshi highlights something very important here and in the concluding paragraph of his piece – as civilians or Indians, we all have somewhat clearly articulated expectations from our soldiers (protect our borders, fight for the country) but things become fuzzier when it comes to articulating what the nation owes its soldiers.

By calling these men martyrs, we circumvent our duty to interrogate our own role in such an event by taking such deaths as inevitable in service of the nation. The piece brings out the tension between expecting our soldiers to lay down their lives for the country on one hand and also doing everything possible as a nation to prevent exactly that from happening.

Want to suggest a piece that should be included in this column? Write to me at nehmat@thewire.in
If you’d like to receive regular updates from this column, please consider subscribing to Name-Place- Animal-Thing.