From Modi to  Mulayam,  Politicians Who Belittle Women Need to be Shamed 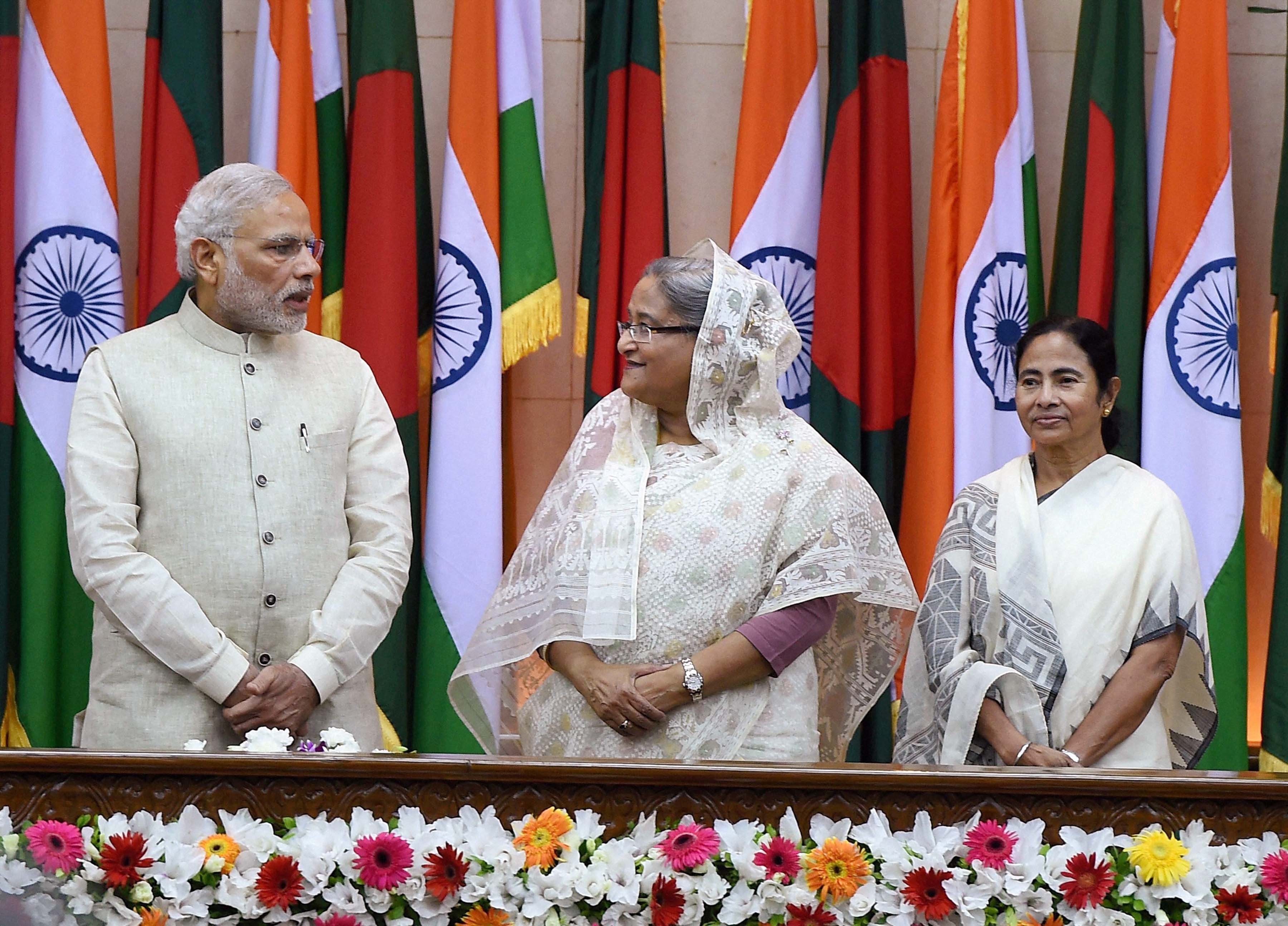 Narendra Modi’s praise for Bangladeshi Prime Minister Sheikh Hasina’s “unshakeable resolve” to fight terror with a zero tolerance approach “despite being a woman” once again reminds us of the continued illiteracy displayed by our politicians across the political divide on the issue of sexism and sexist speak.

The idea that a “zero tolerance approach” is acceptable and one that only a man could normally commit to is problematic at so many levels. “Zero tolerance” as a political strategy is as vague as the “war on terror” that has enabled states to operate with near impunity on the grounds that extralegal measures are necessary to serve the bigger imperative – the security of the state and her citizens. The muscular power of the state can be deployed without any accountability to human rights, in its functioning and operations.

This is a strategy that should invite alarm rather than praise – it serves as a technique for the state to use security as a justification for non-compliance with its international and domestic human rights obligations.

At the same time the specifically sexist remark of Modi is not just random and unthoughtful. It is part of a pervasive sexist and misogynist culture that continues to be on full display by our politicians regardless of party affiliations. Sharad Yadav (JDU) launched an exposition about “saanvli (dark)” south Indian women while debating the Insurance bill in Rajya Sabha. Congress MP Sanjay Nirupam referred to Smriti Irani, the Minister of Education, as a woman who was shaking her hips on TV (she performed in a TV soap prior to entering politics), before becoming a political analyst.

Digvijaya Singh, the Congress general secretary, referred to Meenakshi Natrajan (MP) as a desirable sex object. In opposing the Women’s Bill in the Lok Sabha, Sharad Yadav (JDU) said that the Bill would only benefit the well-off in the cities, describing well-off women as “short-haired women”. Abhijit Mukherjee, MP and son of the President of India, speaking on the Delhi anti-rape protests in 2012 referred to the “dented-painted women protesters in Delhi who went to discotheques and then turned up at India Gate to express outrage.’’ And the infamous remarks by Mulayam Singh Yadav of the Samajwadi party at a political rally commenting of rape, that “boys will be boys”.

Such remarks are reflective of the everyday sexism that pervades Indian society, and how a woman’s right to be treated as fully human and a full citizen of this country are consistently undermined and put into question. The idea that women have the right to walk the streets, and wear what they want to as well as to be treated with respect as Members of Parliament remains elusive goals, and to some male politicians, almost incomprehensible.

Sexism and gender bias are still features of many liberal democracies and not exclusive to India. But the bold claims made by Modi and politicians about India being the destination for industry and investment, will remain a distant dream until politicians begin to educate themselves about how gender is not just about women, female and the feminine. It is about  men, male and the masculine as well. It is about how gender and its performance are the responsibility of men and our overwhelmingly male leadership.

Neither law nor “zero tolerance” can alter this attitude until politicians themselves begin to change or are publicly shamed for expressions  that range from being belittling to explicitly pejorative, derogatory and subordinating. And we as a society need to recognize and challenge such behavior that not only humiliates half the citizenry of this country, but is also valorized as a legitimate display of Indian masculinity. The job of the media and society is to gang up on and expose such remarks as not only deeply misogynistic, but to shame the speaker and dispel the idea that these displays are nothing more than harmless pissing contests between men. These remarks are what make up the woof and weft of systemic sexism.

There is no monopoly on sexism by politicians – it is pervasive in society. But politicians are the representatives of the people and hence their voices need to be subject to greater critical scrutiny. It is time to crowd source justice by shaming politicians into their appalling and at times deeply offensive behavior, and render them accountable for what they say and how they say it. And as the Prime Minister, it is even more incumbent on Modi to be held accountable for his displays of sexism that is not just a one-off occurrence. Recall the days when he was chief minister of Gujarat campaigning in Himachal Pradesh and described Sunanda Pushkara Tharoor as Shashi Tharoor’s “50 Crore girlfriend”. As harmless as a one-sentence remark about the Bangladeshi Prime Minister framed as praise may seem, the fact is, it is not. It is reflective of the conceit that male politicians simply do a better job. Look around – where is the evidence?

The presence of a number of women in Modi’s cabinet and in parliament raises another concern. While in India, and several other South Asian countries, there have been any number of women leaders starting most obviously with Indira Gandhi, and including Shaikh Hasina today, we do not have a single memorable moment when a female parliamentarian or leader has been bold enough to challenge the sexism that is so deeply embedded in the body politics of this country and region. To fight sexism requires recognizing that it exists, and only then can the space be produced for doing something about it. While women have taken charge of significant portfolios in this cabinet, including foreign affairs and education, sexism does not disappear simply with the presence of more women.

It is a part of responsible leadership for women leaders, though not only women leaders, to use their positions of power to speak out on sexism and misogyny and not to ignore it any longer. While it may be a precarious line to tread, and such comments can be put down as being “un-statesmen like,” or as being “too aggressive” (that is to behave ‘more’ rather than ‘less’ like a woman), they can serve to validate the experiences of many women in public positions who have experienced sexist comments or misogyny in the course of doing their jobs. Women in politics are not just women, and should not be compelled to bring a “unique perspective” as women to politics. But being a woman should also not be an obstacle for speaking out against the incorrigible sexism that our politicians display with disturbing regularity.   Targeting sexism is integral to guaranteeing equality.

A woman leader does not need to be “tough”, “aggressive” or demonstrate her “muscularity” on issues of violence, terrorism and security, to prove her strength and capability, ‘despite being a woman’. Indeed, to refuse such a strategy would demonstrate both the courage and conviction that “zero tolerance” is never a productive political strategy. It is myopic, limited and counterproductive. This is not about gender. It is about demonstrating political maturity and being sincere in the effort to bring about peace.