Misogyny is particularly vicious when combined with majoritarian nationalism. 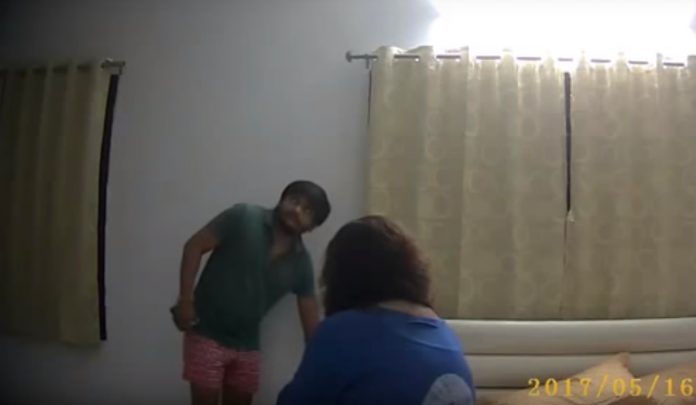 A screen grab of a video that purportedly shows Patidar leader Hardik Patel with a woman.

The reactionary of any kind condemns sexual pleasure because it stimulates and repulses him at the same time. He is unable to solve the conflict within him between sexual demands and moralistic inhibitions.
⁓ Wilhelm Reich

To adapt Shakespeare, there is something rotten in the state of India. Her public sphere is now particularly marked by a heady mix of anxieties about sexuality, fake news and social media technologies. When combined with a majoritarian religious nationalism, they become squalid and deadly. Thus, Amit Malviya, Bharatiya Janata Party’s IT cell head, tweets pictures of Jawaharlal Nehru embracing and kissing his sister Vijayalakshmi Pandit and niece Nayantara Sehgal as proof of his sexual amorality. Similarly, ‘sex CDs’ of Hardik Patel prove his amoral character. For Malviya, Hardik has the same DNA as Nehru: both are “secular philanderers”.

Another example are the violently misogynist tweets of many right-wing Twitter handles followed by Prime Minister Narendra Modi, which indulge in verbal sexual harassment of women journalists and activists who are critical of him. Or those which insinuate that these women are of “loose character”, believe in “free sex” and are “prostitutes” (the same invective was used before by a senior BJP leader on Mayawati). From this to death threats to Deepika Padukone is a step away.

What explains this depravity surrounding sexuality in the Hindutva nationalist imagination?

Psychoanalyst Wilhelm Reich gives some clues through understanding the psychological basis of authoritarianism in his illuminating The Mass Psychology of Fascism. For Reich, the building blocks lie in patriarchy, religion and sexual repression. The powerlessness fostered by being subject to the father figure, the authority of religion, and negation of sexual desires is overcome by identifying oneself with the authoritarian national leader. The misery of one’s condition, according to Reich, “is so overshadowed by the exalting idea of belonging to a master race and having a brilliant führer.”

But patriarchy, misogyny and sexual anxieties acquire a particular viciousness when combined with a militant and majoritarian religious nationalism. Women become the upholders of tradition of the whole nation as a community. Here, the celebration of motherhood, purity, chastity, and women as asexual beings, which is characteristic of every patriarchal community, acquires national urgency.

This is not something that is peculiar to Hindutva. The Southeast Asian miracle economies, according to scholars, were also a product of Confucian patriarchal authoritarianisms where women, the bearers of tradition and asexuality, were subservient. The Islamic Revolution in Iran was founded on the severe curtailment of women’s rights and sexuality.

Hence, sex – outside marriage as well as community – is a sacrilege, for it ruptures the link between women and community identity/nationhood, and women and honour of the community/nation. As Reich recognises, “sexually awakened women, affirmed and recognised as such, would mean the complete collapse of the authoritarian ideology”. Therefore, Padmavati cannot be allowed to be defiled by the Muslim Khilji for it would be a defilement of the nation as well. And an Akhila cannot choose to become Hadiya and choose her own partner.

Here women are not autonomous or sexual beings capable of making their own decisions. They are gullible and child-like whose love simply falls prey to jihad.

Men too face some strictures as transgressions affect patriarchal control by promoting anarchy. Thus, a 24-year old unmarried Patel cannot have sex. Public (not private) photographs of Nehru smoking with a foreign woman dignitary or even applying tilak to the visiting Jacqueline Kennedy violate the prescribed modes of man-woman interaction (rights of LGBTQIA+ persons, who are a constant source of vile humour, cannot even be contemplated here).

The same sexual anxieties marked the short-lived move of the Modi government to ban pornographic websites (ironic, because the other half of repulsion imposed by repression is stimulation evidenced by BJP MLAs caught watching pornography in the Karnataka and Gujarat assemblies). 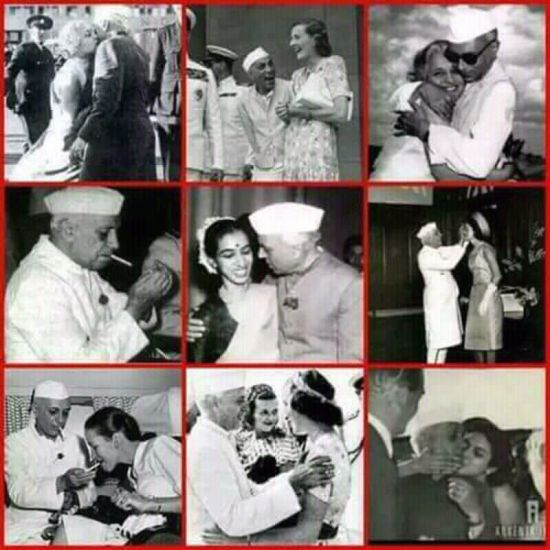 These anxieties also trouble the BJP leader who commented on the thousands of condoms, liquor bottles and cigarettes found daily in Jawaharlal Nehru University. As he put it: “They gorge on meat… these anti-nationals”. Even Sanjay Leela Bhansali, now at the receiving end of the Hindutva ire, cannot escape portraying Khilji as a meat-devouring “barbarian”. His earlier films like Bajirao Mastani transposes the Hindutva binary of Hindu-Muslim to the 18th century.

That is why Hardik Patel smoking and drinking or a Nehru smoking even without the presence of women is considered as taboo. For, eating meat, drinking and smoking – all loosen inhibitions, leading to a wider challenge to the code of sexual repression as well as authoritarian ideology.

Importantly, these anxieties and violent pathologies play out on the terrain of new social media technologies like Twitter and Facebook, as well those like Photoshop which generate fake images. If identifying with the strong leader overcame the foot soldier’s own powerlessness, this acquires new dimensions (which Reich could not have foreseen in the 1930s) like the leader following him back on social media. This is incredibly empowering for the ordinary worker/follower of the authoritarian ideology.

The ordinary worker is not merely part of a mass media audience or a mere consumer of political news. Instead, he feels that he is finally a participant through social media, or, as what media scholar Alex Bruns calls “produser”– a user who is also a producer of content. Hence Malviya’s defence that Modi following abusers on Twitter does not endorse their character is spurious and brazen. For, when Modi has 37.5 million followers, it is only a select company of 1851 people that he follows. They play a political function. Nikhil Dadhich, whose degrading tweet after Gauri Lankesh’s death led to an intense media focus, is still followed by him.

When Modi does not condemn the followers’ sexually abusive tweets, to them, it is a validation of their production of ‘political’ content. The identification with the leader becomes complete when the abusers proudly proclaim, “honoured to be followed by the prime minister”.

The Harvey Weinstein episode has caused another tectonic shift in the debate on sexual harassment, rape and patriarchy which shows the universality of the problem and its persistence in societies which have supposedly attained sexual liberation, including naming and shaming campaigns in India aided by social media. To advance this discussion, along with a challenge to sexual violence in every social sphere, the ruling political ideology of religious nationalism which has normalised sexual harassment must be vehemently called out.

Malviya shockingly argues that Modi refuses to block abusers on Twitter because “he is a rare leader who truly believes in freedom of speech”. Thus, death and rape threats, which under the Indian Penal Code are criminal offences, transmogrify into a right. This is the terrifying vision of the Hindutva imagination which has converted patriarchal sexual repression into sexual pathologies. It is worth emphasising here that Prime Minister Modi is, arguably, the world’s only democratically elected head of government who refuses to unfollow Twitter sexual harassers even after they are publicly identified. What is disturbing is how little outrage is there about this.

Steven Soderbergh’s 1989 film Sex, Lies, and Videotape touched upon themes like sexual fulfilment, media technology and alienation. In India of the present, sex, lies and videotape connote something different: a politically charged dystopia.

A dystopia, even when founded upon a religious nationalism which ostensibly worships women, has produced a culture which curtails not only their sexual freedoms, but has also caused India to fall 21 spots to a rank of 108 (out of 144 countries) in gender inequality. A dystopia which has devoured those strands of religion which have a more liberatory understanding of sexuality and gender. And a dystopia which has brutalised sexuality through various debasements delivered also through the latest media technologies capable of producing post-truths and alternative facts.