The Textile Man Who Understood Both Tradition and Technique

A long-time friend writes about Martand Singh's drive and commitment to document Indian textiles and reveal them to the world. 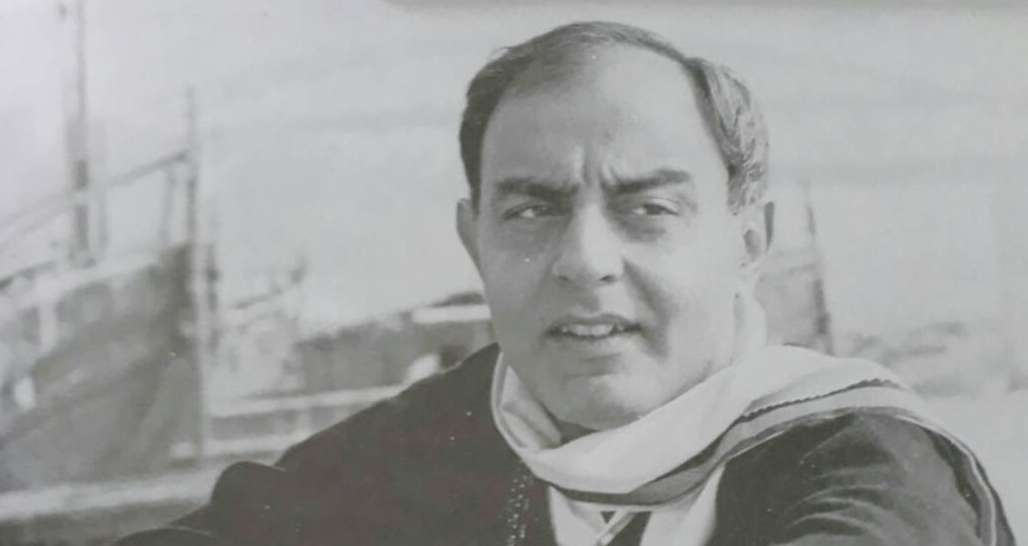 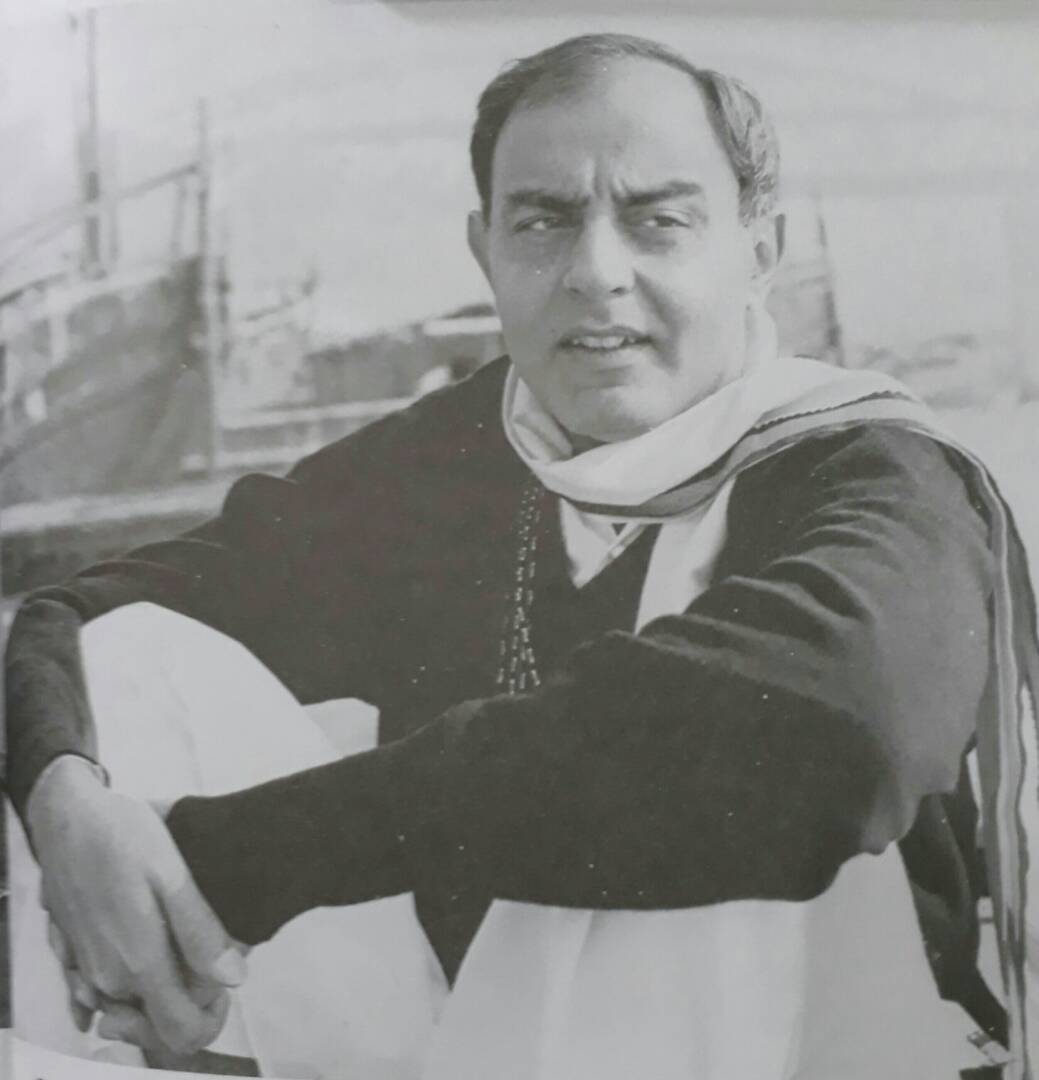 In a curious coincidence, the night the Hall of Nations building at Pragati Maidan was bulldozed and demolished by a government order, also saw the premature passing of Martand Singh at the age of 70, who, as a young designer had been part of the creation of Pragati Maidan in 1972.

Singh, affectionately known as Mapu, went on to become one of India’s premier textile authorities. His exhibitions and redesign of Indian textiles in the 1980s and 90s looked afresh at our increasingly static textile traditions and gave them a new dynamic. His inspired and guided four decades of craftspeople, designers, researchers and students of handloom. Mapu himself, and his and Raj Rewal’s iconic building were both an important part of post-independent India’s cultural heritage. Now, both are irretrievably gone forever; it is important to remember what they stood for.

Mapu was one of those Renaissance figures, now rapidly disappearing as narrowly specialised so-called “experts” take their place. People like him are irreplaceable because they understood that multicultural, multilayered India is intricately intertwined, and understanding any of its aspects needs a multi-dimensional knowledge of the others, with an objective 360-degree vision.

Mapu’s knowledge of not just the Indian epics but also Western society and fashion, of cutting edge design and aesthetic and also the significance of motif and tradition, his sensitivity to tribal art forms as well as to Mughal architecture, his understanding of intricate weaving techniques, and also of the need to contemporise and pare down the exuberance of Indian ornamentation, was what made him so special. These qualities made him relevant to both the weaver on the loom as well as the Indian and international design fraternity. And it was his glorious storytelling and exuberant sense of humour (something “experts” often lack) plus the generosity of his spirit, ever ready to share, that made him both loved and revered.

Singh was a friend of many, many years. I saw him first in 1960, visiting his cousins at Welham Girls’ School where I studied. Doon School boys were always eye-candy for us male-deprived teenagers, but Mapu was extra special and we all gawked out of the dorm windows at his fey beauty.

In 1971, now in our early 20s, we met again and started working together – he, interior designers Reena Ribjeet Singh and Shona Ray, my graphic designer cousin Zehra, and I, the junior-most team member came together to work on a triumvirate of interior design projects – Hyderabad House, the Akbar Hotel and the administrative block of the newly emerging Pragati Maidan Complex, in which we were also designing the Indian Tube Company pavilion.

Interior design was a largely uncharted field then, with both practitioners and clients uncertain of its parameters and demands. We learnt on the job. I remember Mapu brilliantly ad-libbing when I forgot our concept drawings for a presentation to whichever secretary to the government was handling the Hyderabad House restoration and our hysterics when we discovered that the conference table we had designed for Pragati Maidan would not fit through the conference room doors. The carpenters sawed away at the gigantic table all through the night, halving it down the middle, and then struggled to shift it into place and stick it together again – just in time for the inauguration next morning. Meanwhile, Mapu, Shona and I sat by, feverishly playing rummy. Whenever Mapu and I met over the years, we would giggle over the scrapes and fun we had then.

Mapu lived in Sunder Nagar, conveniently close to Pragati Maidan, so we often landed up there in the evenings. His exquisitely pretty mother Sita Devi was still hopeful of finding Mapu a bride, and he would tell us stories of the various young women she sent him off to meet. All were “delightful”, and “so sweet, darling” but one had lipstick on her teeth and another a neighing laugh and a third had chipped nail polish and thought the Dada art movement had something to do with his grandfather.

While I continued working with Shona until her tragically early death, Mapu went off to the Calico Museum in Ahmedabad and we only met occasionally. By the 80s, when we became neighbours in Hauz Khas Village, I was with Dastkar, and he was working on Amar Vastra Kosh, his extraordinary documentation of Indian textiles. He had by then morphed into the elegant, fastidious textile guru and aesthete we all know – a fount of knowledge and fascinating textile lore, laced with wit and his own brilliant, wise and occasionally idiosyncratic insights – ever ready to share gyaan, appreciate beauty, however esoteric and unusual. Blue jeans had by then been abandoned for beautifully tailored white khadi kurta pyjamas, a 400 count muslin angravasta or a shahtoosh shawl draped over his shoulder, setting a fashion of ethnic chic much copied by Delhi’s cultural elite.

This occasionally caused confusion. In 1984, I was in a terrible accident and laid up in bed for months. Mapu came to visit, and our old bearer Yusuf, misled by the white khadi and a fleeting resemblance, mistook him for Rajiv Gandhi, by then the prime minister. Yusuf, beaming with pride, carried up a fantastic spread, complete with our best silver tea service and all the trimmings. Since my bedroom was up three flights of stairs, he was very cross when he discovered his mistake.

All through the late 1980s and 90s, as the National Institute of Fashion Technology (NIFT) opened and Indian fashion suddenly became a career option, Mapu and I often found ourselves co-jurors evaluating NIFT student collections. This could be an exciting sighting of emerging new talent, but also occasionally bizarrely funny, as hopeful students aped styles from the Western fashion ramp that they didn’t fully understand, or attempted over-elaborate Mughal-e-Azam pastiches. “Charming, darling, but how would you pee in that?” I remember Mapu plaintively inquiring about one bouffant balloon skirt, embellished with thousands of stiff organza chrysanthemum petals.

In the 50-odd years that I knew him, Mapu’s career spanned innumerable peaks. His ten years working under Gira Sarabhai as director of the Calico Museum in Ahmedabad were seminal and shaped his further directions and thinking. The Amar Vastra Kosh textile journey and the resultant Saris of India volumes led to the extraordinary Vishwakarma – Master Weavers exhibitions that were part of the Festivals of India abroad in the 1980s, re-interpreting and taking Indian textiles to unimagined new heights of design and excellence. He received the Padma Bhushan for his work.

These, in turn, led to Costumes of Royal India at the Metropolitan Museum in New York and further path-breaking exhibitions – Kalinga Vastra – the weaves of Odisha, Khadi and the enchanting Birds and Animals in Indian Textiles (my favourite, and not just because it was dedicated to my great uncle Salim Ali, the ‘bird man’). After taking over the Indian National Trust for Art and Culture Heritage from his mentor Pupul Jayakar, he eventually retreated to a semi-reclusive, contemplative life in his family cottage in Mussoorie.

In all these avatars, Mapu was a designer, curator, teacher and a visionary. His mantra was that any intervention or adaptation must be based on a deep knowledge of both the technique and the tradition from which it stemmed. That change was necessary, but must be harmonious. In his later years, one was conscious of an innate spirituality and serenity, an other-worldliness which somehow melded quite harmoniously with his sharp eye for the kitsch, the second-rate and the absurd.

The word guru is lightly, often inappropriately, used these days. Mapu was truly a guru. In an increasingly cut-throat cultural space where people jealously guard expertise and access, with few saplings growing under our creative banyan trees, Mapu was a giver – prodigiously sharing his knowledge, his warmth, his contacts and his time. Stylish, self-confident, erudite, born into privilege, at home all over the world, with razor-sharp wit when required, he still made everyone feel special. Successive generations of India’s design and fashion fraternity acknowledge their debt to his inspirational guidance, as do the textile weavers and craftspeople that worked with him all over India.

The last time Mapu and I met was in Jaipur 18 months ago, at a three-day extravaganza celebrating Rajasthan heritage and fashion, where he was a star invitee. As always, it was a delightful, warm, jokey sharing of past, present and future, accompanied by the ritual minute examination of one’s saree and jewels, a historical anecdote about emeralds (precious stones were his new passion) and an invitation to that statutory scones and cucumber sandwich high tea in his home in Mussoorie. Alas, it was not to be.

Laila Tyabji is the founder of Dastkar, an NGO working for the revival of traditional crafts in India.