How Marathi Little Magazines Broke Through the Language Barrier

Even as politicians fought battles for a united Maharashtra on the basis of linguistic identity, little magazines boldly translated poetry from all over the country 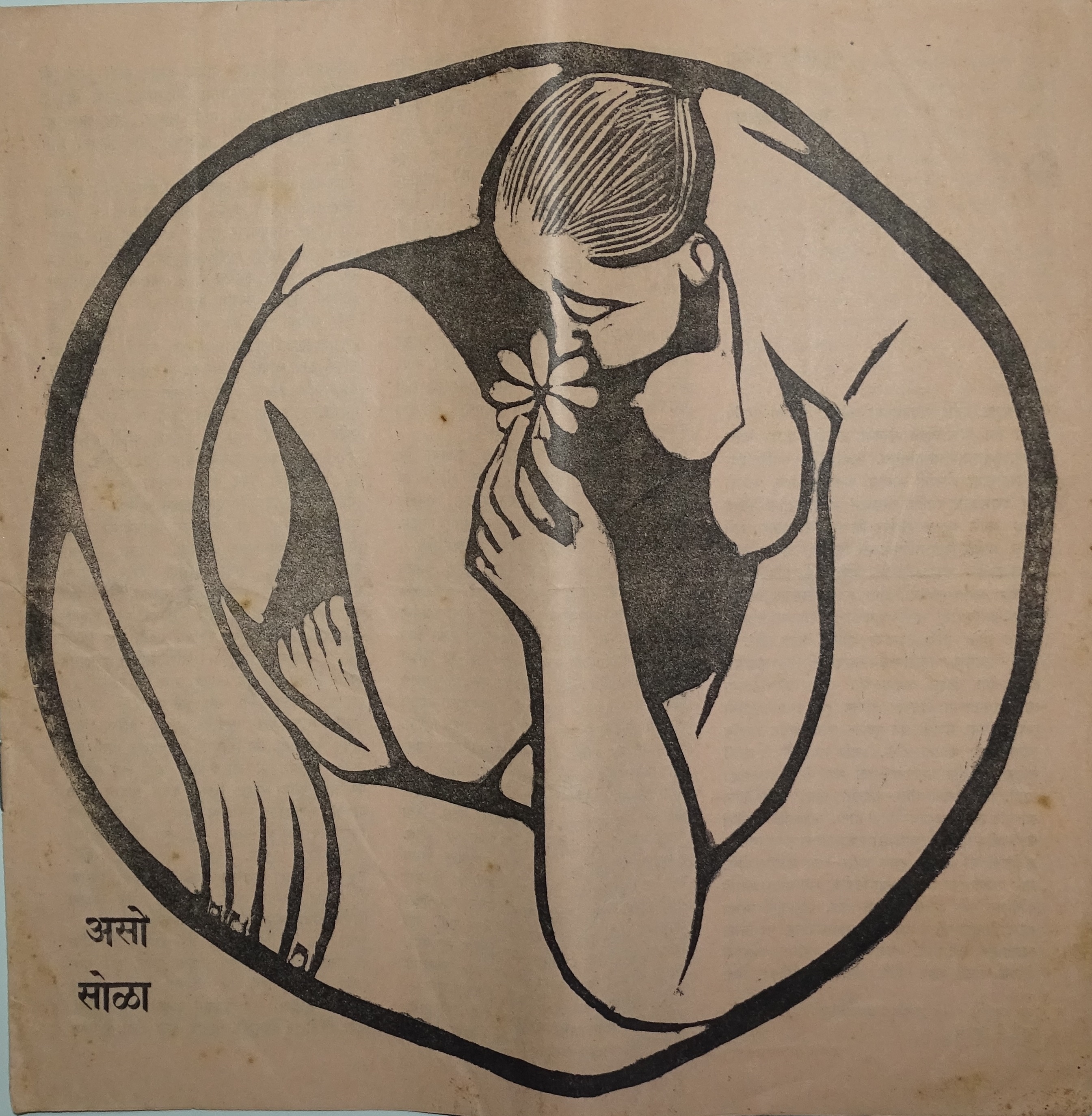 There are many points of overlap between the formal, thematic, and literary concerns of the English poets and the Marathi poets of Bombay, but in the case of the Marathi poets, there is a more direct correlation between the creation of the state of Maharashtra in 1960 and the literary standpoint of the Marathi little magazines. The carving out of the linguistically structured state of Maharashtra (and the creation of Bombay as the state capital) happened simultaneously with the advent of the little magazines and their rebellious worldview. Gyan Prakash writes about the background of the creation of the Maharashtra state in Mumbai Fables:

The Bombay State, which emerged from the colonial Bombay Presidency and included Gujarat and the Deccan princely states, was multilingual. While Marathi people constituted 44 percent of the population, Gujarati and Kannada speakers accounted for 32 and 12 percent, respectively. Creating a single state for Marathi speakers, who had never been historically unified, meant dealing with their scattered distribution and the multilingual nature of the Bombay State.

This agitation was bisected by the related demand for a Marathi Bombay city (throughout the protracted negotiations of the late 1950s, there were proposals to keep the multilingual Bombay city separate from the proposed Marathi state of Maharashtra). The demand for political and social monolinguality was momentous for the people of Bombay and of the state because this movement to make Maharashtra a predominantly Marathi state affected both the Marathi and the non-Marathi population: everyone had to change their conception of who they were and how they related to the society around them.

The movement was spearheaded by a motley group of leaders ranging from members of the Communist Party to those of the future Marathi right wing: S. N. Dange, Acharya Atre, S. M. Joshi, M. R. Dandavate, and, later, Keshav Sitaram Thackeray. Although the leaders of the Samyukta Maharashtra, “the unified Maharashtra” as the movement came to be called, had various political ideologies, they advocated for a singular Marathi identity for the Marathi-speaking population, which they wanted to materialize and represent in a new political state. There were repeated agitations in support of the idea of a linguistic state throughout the latter half of the 1950s, including a public bonfire (to burn the directive of the state) on the Chowpatty beach of the government, which reportedly did not award the city of Bombay to the proposed new state of Maharashtra; a strike by 600,000 workers in November 1955; and, as a result of the street violence, a death toll that reached as high as 100.

Even as this movement was fighting its battles in the street, there were little magazines like Shabda (in Marathi, edited by Ramesh Samarth, Chitre, and Kolatkar among others, 1955) and Quest (in English, edited by Nissim Ezekiel, 1954–57) that attempted to ignite a new poetics in Bombay. As Sudipta Kaviraj notes, “Linguistic identity is not formed by the simple objective fact of some people having a common language; it lies in a more deliberate choice to see this fact as the essential criterion of their identity.” While the agitators of the Samyukta Maharashtra movement chose the monolingual Marathi identity as their own, the poets of the little magazine movement refused such categorization and showed their opposition to such delimitations through their translations. As Emily Apter states, we need to treat translation “as a set of performative and politically volatile interactions that hap-pen at checkpoints.”50

To take just a few examples of such translations, the little magazine Aso (1963–65), in its second issue, had Hindi poetry in Hindi, Bengali poetry in Marathi translation, and English poetry by Peter Orlovsky and a letter in English about poetry writing by Allen Ginsberg. The magazine was also known for its excellent translations of Bengali poetry by the editor, Ashok Shahane. The little magazine Atta (1964) featured different languages on the cover of different issues: Punjabi, Sanskrit, Urdu, and English. Another little magazine, Chakravarti (1969), published several Hindi translations plus a bibliography of Hindi little magazines. And alongside interviews of the founders of the Marathi little magazine sphere, Abakadaee (1969–72) printed a bibliography of little magazines in Marathi as well as in Hindi, Gujarati, Telugu, and other Indian languages. This trend continued right to the end of the little magazine period: in its July 11, 1979, issue, Rucha presented a contents page that had “Today’s Urdu poetry” on the left side and “Contemporary Marathi literature” on the right. Clearly the intention was to force a comparative lens on the writings that looked across and beyond the regional/parochial boundaries.

It was not just intraregional translation and multilingualism on defiant display in the sathottari little magazines. The Marathi little magazines also translated with equal fervor from international literature. Aso published translations of Ginsberg’s English poetry (by Kolatkar) in Marathi. Vacha (1968) published translations (by Chitre) from French of Stéphane Mallarmé’s poems. And in various spaces, Marathi poets like Tulsi Parab, Manohar Oak, and Satish Kalsekar translated Paul Celan, Cesar Vallejo, and Rafael Alberti, among many others. The unfolding to the outside that characterizes Marathi poetry in this period is an expansion to other regions in India as well as to countries worldwide.51

In the context of the struggle for a unified Maharashtra, the two wars with Pakistan (especially the Bangladesh War of 1971), the opening up of the book market, the sudden availability of radical foreign literature, and the push toward multilingual engagement fostered by the Sahitya Akademi created a juncture in Bombay that could not be bridged by the regional/parochial “local” formed by the Samyukta Maharashtra movement, the national “local,” with its push toward unity in diversity that was the project of the Central Government of India, or the facile “global” usually seen as the internationalizing of Indian writing. It is the selective emplacement of the Marathi writ-ing at the intersection of all of these trajectories that needs to be acknowledged. 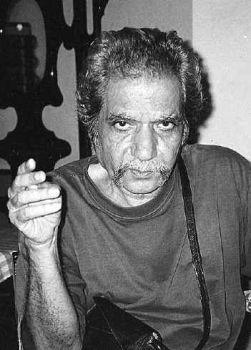 Arun Kolatkar has a deceptively simple poem in Jejuri that can serve as an image for the work of translations:

That’s no doorstep. It’s a pillar on its side. Yes,

that’s what it is.

The alienated traveler to the temple town of Jejuri pauses at what seems like the threshold to some space and looks closely. He realizes that it is the ruin of a temple, a pillar fallen down that is acting as a doorstep. Translation makes possible the movement across spaces and languages by creating that contact zone of the fallen pillar of the traditional/old and delineating a new threshold where none was before. These are the contact zones, as Susan Friedman points out, that generate transgressive border thinking. The translations published in the little magazines should be seen as functioning at an angle to both the monolingualism propagated by the Samyukta Maharashtra movement and the nationalism of the state-backed translation project. Featured within the format of little magazines that attempted to reject all institutionalized perspectives, these translations helped deconstruct unitary spaces of both regionalism and nationalism.

I want to end this section with a personal encounter related to this discussion of the little magazines and the creation of a vernacular local. Starting in 1979, the dying days of the little magazine movement in Marathi, a little magazine appeared in Pune, created by the students of Fergusson College, called Katta. This “unperiodical” Katta emerged as a rebuke to an established weekly journal, Swarajya (Self-rule), that published very poor jokes contributed by the readers. The cover of the first issue of Katta sports an epigraph in Sanskrit, a children’s lyric in Marathi, and, in the center of the cover, the statement of the cost of the magazine (see figure 3.1). It reads in Marathi: “Price of issue: the equivalent of one Wills Packet of cigarettes (that is, 30 paise).” This is followed by a “note” in Gujarati (which is also translated in Marathi in the same line). The Gujarati line, with incorrect grammar, reads: “sigaret piniye arogyana ghatak chhe” (“It is dangerous to your health to smoke cigarettes”); the line ends in the typical Gujarati verb “is,” which is pronounced as “chhe.” The Marathi translation of this reads: “sigaret odhane arogyala ghatak? chhe”(“Cigarette smoking injurious to heath? Is not!”). This is a play on the Gujarati verb “chhe” or “is” that is also used here at the end of the line—only in Marathi, the same sound means “what nonsense.” The magazine is seemingly foreground-ing the national project of unifying languages through translation by showcasing multiple languages on its very cover; it can also be seen as giving the lie to the Marathi-only projects of political outfits like the Shiv Sena at the time. But the Gujarati “is” becomes the Marathi “is not” on the magazine cover even as both share equal space on the page. This confounding and confounded sense of the vernacular local is the new result of the translating project of the little magazines, which itself deserves further inquiry.

Such transitory publications can be found today in the possession of the very people who started these magazines in most cases. The small publishers (of magazines as well as books) themselves function as the local archiving agents of these ephemeral publications and of the translations within them just as the Sahitya Akademi was engaged in archiving the nationally visible, institutional literatures. These archives of the little magazines and books from the small presses reveal a more nuanced and somewhat different glimpse of that moment. To quote Karuna Mantena from a different context, “This is an alternative way to think about the distinctive nature of ‘Indian reality,’ namely through the forms of contestation specific to Indian democracy, rather than by recourse either to a continuous Indic tradition or the cultural projects of high nationalism.”54 Featured within the format of little magazines and coterie books in English and Marathi that attempted to reject all institutionalized perspectives, the translations helped simul-taneously deconstruct unitary spaces of regionalism, nationalism, and cosmopolitanism.

Excerpted from Bombay Modern: Arun Kolatkar and Bilingual Literary Culture, published originally by Northwestern University Press (2016). The Indian edition will be published by Speaking Tiger in 2017

Anjali Nerlekar is Associate Professor in the Department of African, Middle Eastern and South Asian Languages and Literatures (AMESALL) at Rutgers University, with research interests in global modernisms, Indian print cultures, Marathi literature and Indo-Caribbean literature. She has published articles on the poetry of Arun Kolatkar, A. K. Ramanujan, Dilip Chitre, and David Dabydeen, among others.