Louis I. Kahn: The American Architect Who Pursued His Passion as an Art

The IIM Ahmedabad project represented an opportunity for Kahn to explore the diagonal motif as an aesthetic and architectonic geometry, whether it served the programme organically or not. 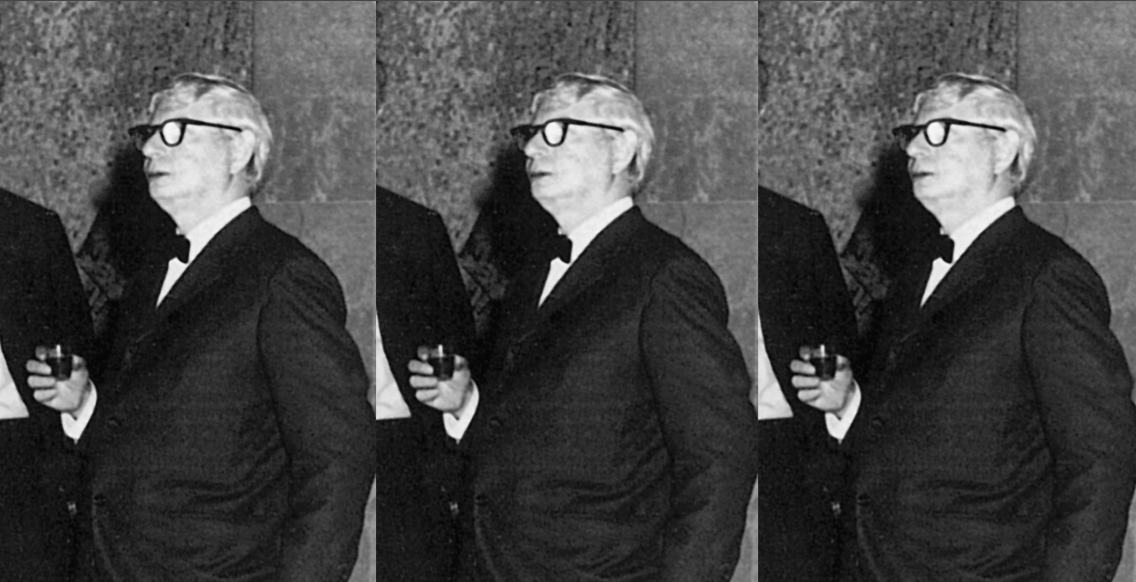 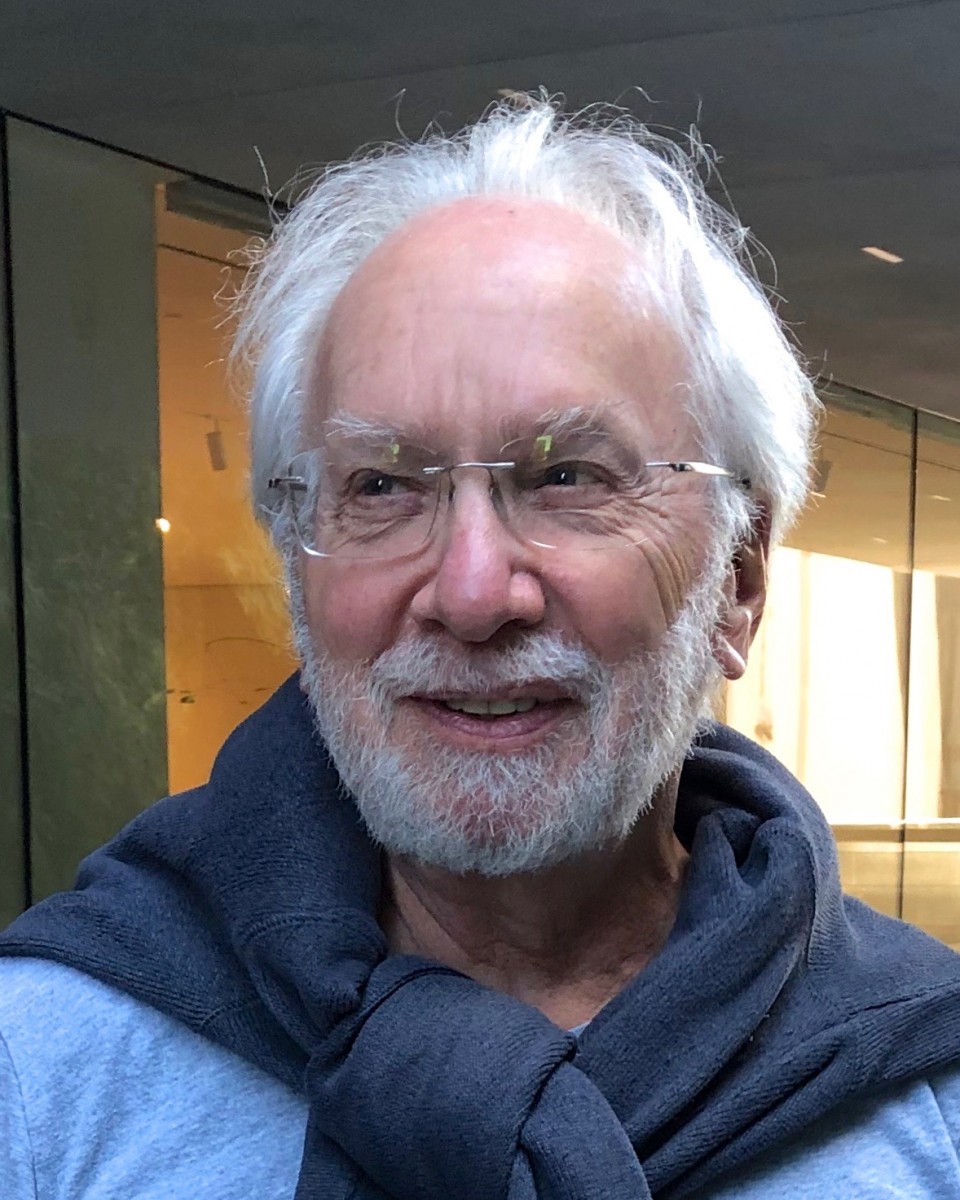 I got to know American architect Louis I. Kahn when I was a student of architecture at the University of Pennsylvania (1957-1963). We had little personal interaction at that time, but several years later, after leaving a meeting together at the American Institute of Architects, we walked through Philadelphia’s centre city, finally resting on benches near City Hall.

I mentioned that I was working for local architect Vincent Kling, who had recently completed the nearby City Hall Annex, which rose 20 stories behind me. I then mentioned my plan to write a book with the humorous title Kling-Kahn (the title inspired from the 1930s movie, King Kong.)

I worried that that the tongue-in-cheek title might be lethally inappropriate for a serious treatise dealing with the polar extremes of architectural practice. My goal was to compare Kling’s corporate practice with Kahn’s practice of architecture as an art. Sometimes, middle-ground results in works better serve the broader good. Lou responded forcefully to the book idea, “Never write that book.”

“Because there is only one way to practise architecture, and that’s the way I do it.”

“But, Lou, if everyone practised architecture the way you do, cities would never get built. You take forever to perfect your designs and sometimes they are far from affordable.”

“Never write that book.” I didn’t.

The dormitories for the Indian Institute of Management, Ahmedabad (IIM-A) were designed by Lou in 1962. They were immediately famous when the drawings were first published and later, again, when construction was completed. The drawings deeply resonated with me due to my then-emerging interest into what I later called the ‘phenomenon of diagonality‘.

The highly revered Indian architect Balkrishna V. Doshi, who is happily still with us, brought Kahn into the IIM-A project as the lead architect/design consultant. This was an altruistic gift to Kahn of enormous value. It occurred when India was struggling to rise beyond its fabulous cultural history of centuries past and embrace the modern world.

Kahn and Doshi worked with the National Institute of Design in Ahmedabad, until June 1, 1969 when Doshi took control of the project. In 2018, Doshi was selected as the Pritzker Architecture Prize laureate – one of the highest architectural awards in the world.

The announcement stated: “Projects must go beyond the functional to connect with the human spirit through poetic and philosophical underpinnings.”

The dormitories were recently in the news again because most of them were threatened with demolition. Fortunately, the institute’s administration recently abandoned the demolition plan, thanks to a worldwide outcry. Their removal would have been a great loss to those wishing to preserve an important work of architecture by two greats in the design field, but also because the dorms are a striking example of the little-known theme of ‘diagonality’ in art and architecture.

The diagonal motif exploded onto the world scene in the beginning of the 20th century and continues today with undiminished force. Diagonality has been hidden in plain sight for more than a century.

The dormitories are a major component of the original 60-acre IIM-A campus. The angular motif is a salient feature of the design and appears in the early studies of the project that appeared in Yale University’s School of Architecture publication Perspecta 9/10: The Yale Architectural Journal.

As was typical for almost all architects since the beginning of the 20th century, Kahn rarely mentions the diagonal by name and yet it is fair to say diagonals had become his obsession; an itch that repeatedly had to be scratched.

Use of diagonals at IIM-A do not appear to have arisen “organically” from programme requirements. Instead, they appear to have been introduced from the very start as a stylistic imperative. This suggestion would likely have caused Kahn to explode in rage because he rejected the very idea of style.

My 60 years of research into diagonality suggests that it had become a global meme – passed from one person to another through subconscious imitation. The IIM-A project represented an opportunity for Kahn to explore the diagonal motif as an aesthetic and architectonic geometry, whether it served the programme organically or not.

Buildings ended at an angle; where two wings would have met at a 90° angle, they were cleaved apart to accommodate a set of stairs at an angle; and towers were rotated 45° to the main building. Most noticeably, the dormitory buildings were aligned in a staggered pattern like the black squares on a chess board. What Kahn said in the Perspecta article about the IIM-A project is this:

“The houses [dormitories] are oriented to the wind, all walls parallel with its direction. They are placed diagonally around a court to enclose the court and retain the strictness demanded by the orientation. If you have a square in which everything is normally answerable to a square, you find that two sides are oriented improperly.”

“By taking the diagonal you form odd conditions, but you do answer, you can conquer this geometry if you want to. And you must relentlessly look at orientation as something that you give the people because it is desperately needed. That’s the basis of these diagonal shapes.”

Like most Kahn utterances, much is open to interpretation. One wonders what he meant with the sentence that begins: “If you have a square…” What is he talking about? It’s anyone’s guess.

Diagonality, like the equally-hard to nail down subject of time (a serious scientific interest of mine), requires the use of everyday language in a manner as precise as mathematics. Otherwise, the language is just beguiling, like poetry, and too wide-open to interpretation — it is equally open to misinterpretation.

It is probable that Kahn didn’t have time to write the article in Perspecta with care; but Lou rarely wrote unambiguously. That was not his goal. My sense is that his strategy was to conjure vague inspirational images that would lead his thinking through many alternatives to a final solution. His poetic utterances, it has seemed to me, were also used to seduce his clients to follow his wishes. An employee once told me that Lou told him, “You get whatever you want, whichever way you can.”

20th century American architect Robert Venturi, who worked for Kahn before opening his own practice, wrote about diagonality with much more precision in his trailblazing book Complexity and Contradiction in Architecture. Venturi, when he was near the end of his life, told me: “I learned everything about diagonals from Lou.”

Also read: The Council of Architecture Needs to Honour Its Commitment to the Profession

Kahn’s language, both written and spoken, was always elusory and poetic. That was its power and its vulnerability. Kahn wanted/needed freedom, and he got it through poetry. At its best, his words deliberately opened doors to anyone’s interpretation including his own. It was seductive, aspirational. It encouraged dreams about options. It permitted and encouraged a wide range of unprecedented design solutions that underlie his greatness.

At its worse, his language culminated in designs that failed to address the functional realities of some of his clients. His Richards Medical Research Towers in Philadelphia is an example. Lou thought that large plate glass windows would encourage scientists to connect with nature and promote deeply useful speculative musings, which Kahn always valued for himself.

Some scientists, however, placed aluminium foil over the windows because the sunlight was corrupting their experiments. Science requires a controlled environment, not poetry. Like most architects, Kahn always needed a client that demanded and looked after the nitty-gritty realities that ultimately make a project successful.

So, does poetry have a place in the translation of a client’s programme into architectural form? Sometimes, yes, but not at the expense of a building’s primary goal, which is to serve the fundamental needs of the occupants. One place poetry, in “Kahn-ian” form, was eminently successful was in the ineffable perfection achieved at his exquisite and timeless Kimbell Art Museum in Fort Worth, Texas — an unqualified masterpiece that is on my list as one of the best buildings in the world.

In the design of the IIM-A project in India, (which I admit I never did get to see) the results were obviously a mixed bag. This perspective is confirmed by many students who had lived there and complained of various functional inadequacies. Kahn, at IIM-A, could have used a dose of Vincent Kling’s focus on function, while Vincent Kling could have used a dose of Kahn’s poetic vision. Maybe I should have written Kling-Kahn.

Joel Levinson is an architect, author, photographer and theorist. His work is being preserved by the Architectural Archives of the University of Pennsylvania. He is the founder and director of the Daring Diagonal Virtual Museum and has authored The Reluctant Hunter. He is finalising his theory on the ‘dual nature of time’.