Veteran actress Meryl Streep criticised the US president-elect for mocking a disabled reporter and warned that a free press would need to be defended. 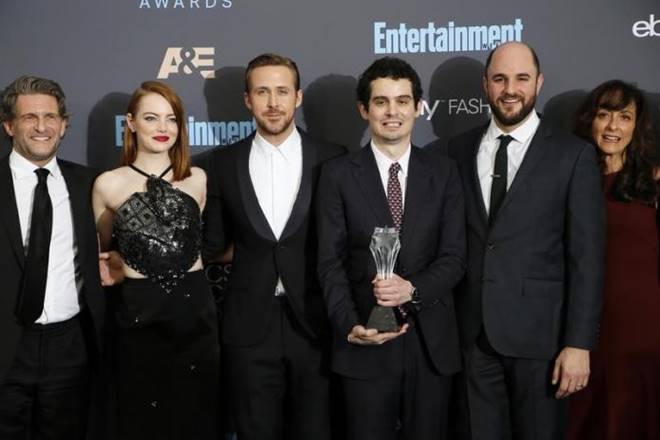 La La Land, the musical film starring Emma Stone and Ryan Gosling, swept the 74th Golden Globe Awards held in California on Sunday (PST). According to CNN, the film, which is an ode to classic Hollywood romances, won in all the seven categories it was nominated in, including the top award for best musical or comedy.

The film’s leading actors, Stone and Gosling, won in the best actor and actress in a motion picture-musical or comedy categories. The film was also honoured for best original song and best score for ‘City of Stars’ composed by Justin Hurwitz, the Wall Street Journal reported.

In a surprise move, the other big award of the night went to Moonlight, a portrait of an African-American character in three stages, which landed the best motion picture award for drama.

The highlight of the evening, however, was Cecil B. DeMille Award winner Meryl Streep’s passionate acceptance speech in which she criticised US president-elect Donald Trump for mocking a disabled reporter and warned that a free press would need to be defended.

The multiple award-winning veteran actress said that the “performance” that stood out this year did not belong to an actor but to Trump when he publicly mocked a disabled reporter.

“There was nothing good about it, but it did its job. It kind of broke my heart when I saw it, and I still can’t get it out my head because it wasn’t in a movie, it was in real life.”

“Disrespect invites disrespect, violence incites violence. When the powerful use their position to bully others we all lose.”

Streep, 67, ended her speech by quoting the late Carrie Fisher, “As my friend, the dear departed Princess Leia, said to me once, ‘Take your broken heart, make it into art.'”

The best animated film award went to Walt Disney’s Zootopia, which beat Moana, My Life as a Zucchini, Sing and Kubo and the Two Strings.

Isabelle Huppert won the best actress Golden Globe for her leading role in Elle, a French film about a rape victim’s revenge, with Cassey Affleck winning best actor for Manchester by the Sea.

Netflix show The Crown was named the best television drama and its leading actress Claire Foy, who plays Queen Elizabeth, won the best actress award in a drama. The show beat out category favourites Stranger Things, Westworld, This Is Us and Game of Thrones to take the top award.

Billy Bob Thornton took the Golden Globe for lead actor in a drama for his role in the legal thriller Goliath.

Actor Tom Hiddleston won the best actor in a mini-series or television movie for The Night Manager, while co-stars Hugh Laurie and Olivia Colman won the best supporting actor and actress awards. Laurie also took potshots at Trump, saying he was collecting his “last ever Golden Globes”.

“I don’t mean to be gloomy. It’s just it has ‘Hollywood’, ‘foreign’ and ‘press’ in the title. To some Republicans even the word ‘association’ is slightly sketchy,” he said, adding, “I accept this award on behalf of psychopathic billionaires everywhere.”

Atlanta – a TV show about an aspiring rapper and his manager cousin – was named the best comedy and its star, Donald Glover, won best actor.

Tracee Ellis Ross won the best actress award in a TV series musical or comedy category for her role in Black-ish.

The People vs O J Simpson was named best mini-series and its star Sarah Paulson won for her portrayal of the prosecutor Marcia Clark on the show.