'Kung Fu Yoga' is An Overdose of Cultural Stereotypes

The Jackie Chan-starrer is formulaic and predictable, and tries a little too hard to be funny. 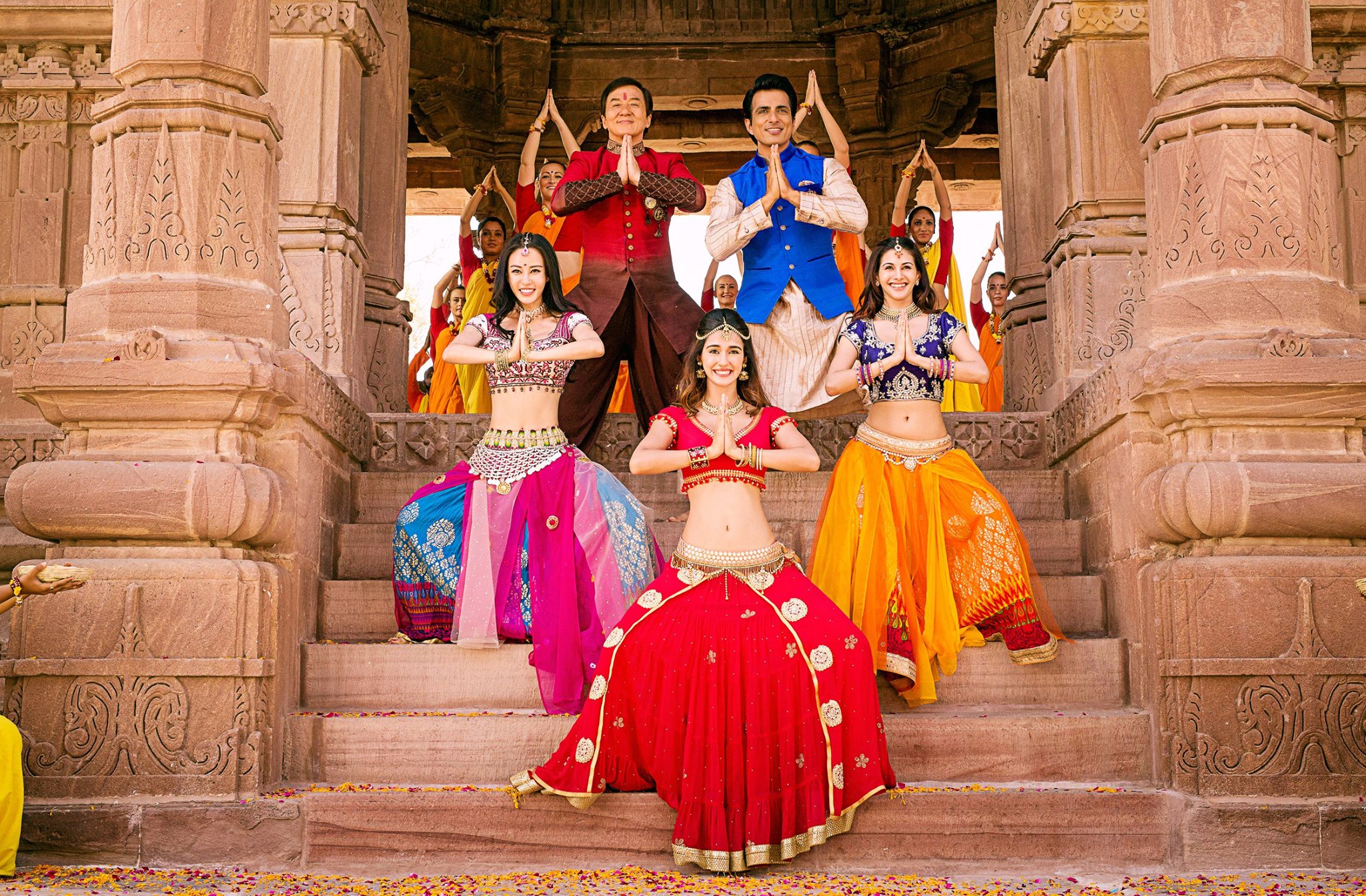 The Jackie Chan-starrer is formulaic and predictable, and tries a little too hard to be funny.

A still from Kung Fu Yoga.

The latest Jackie Chan-starrer, Kung Fu Yoga, an action comedy, like most movies, begins with a customary disclaimer whose first line reads, “This film is produced for entertainment.” That is the film’s first joke. Because this 102-minute film is anything – a litany of lame jokes, a case against sleeping pills, a testament to human stupidity – but entertainment it is not.

Right from its first few scenes, where everyone in China is talking in English (really?), Kung Fu Yoga is a series of misfires, wearing inauthenticity on its sleeves like a badge of honour. In fact, so little thought has gone behind this film that it can be deconstructed just by its title.

Centered on a Chinese archaeologist, Jack (Chan), who is trying to locate a lost treasure in India, Kung Fu Yoga’s story is so formulaic and predictable that you feel bad for anyone trying to make money out of this movie. Sure, not all stories are inherently engaging, but it’s a filmmaker’s job to make them watchable and interesting: by skillfully varying the tone, by structuring it smartly, by popping up surprises. Kung Fu Yoga does none.


In fact, this snoozefest masquerading as a film is an exercise in tedium. When it’s not being monotonous, it’s trying to be funny. Trying – it must be said – a little too hard.

Just a glimpse of what passes of as humour in this movie: a character wiping her running nose on the sleeve of another, people slipping from tree branches, Chan getting trapped with a lion in the car and asking the beast, “Do you understand English?” This film made me nostalgic, because we used to crack better jokes in high school. Moreover, violence disguised as comedy, and comedy disguised as violence – a trope as old as it’s yawn inducing – just doesn’t work in this film. Kung Fu Yoga’s physical comedy too looks forced and, in many scenes, plain embarrassing.

Then there’s Sonu Sood, in the role of an avaricious angry man, who says such lines as, “Some call it destiny. I call it make it happen”; “I follow the law of nature. Only the strong survives”; “In here, I’m the government.” When he’s told to not wear shoes inside the temple, he almost ends up killing the priest. Maybe Sood’s character doesn’t need a treasure; maybe he just needs a therapy session. It’s a terrible part, made even more terrible by the actor’s constipated, annoyed look.

But, easily, the most annoying bit about this film is what it considers passes for India. Besides China and Dubai, a major part of the film is set in India, and it’s in this portion that Kung Fu Yoga reveals its laziness and insularity.

For instance, since Sood plays a man belonging to an Indian royal family, he is introduced via a scene where he’s riding a camel in a desert, with a bird perched on the back of his hand. Because, obviously, what says India more than a brown man on a camel in a desert?

One scene, in particular, where Sood’s underlings are chasing Chan and his colleagues, is laughably bad. To milk its ‘Indian-ness’, director Stanley Tong sets it in a local market, which looks less like a place and more an exhibition of orientalism. Here, we’ve snakes, snake charmers, magicians, men in turbans, a sage levitating in air, gulaal.

Tong and his crew, from the film, look like the kind of people who come to India, pay for a “slum tour”, go back to their countries, patting themselves on the back, claiming to have understood an entire country. Or the kinds who failed cultural studies class in college. Either way, Kung Fu Yoga is not a film; it’s a tourist guide. And you wonder why it exists.