The mandarins who removed his classic story from the ICSE syllabus are exactly like the lifeless cogs in the bureaucratic machine the writer satirises in the story.

I was not planning to write this particular piece when I put pen to paper sometime last month. I wanted to write a detailed piece commemorating the birth centenary of one of the greatest Urdu literary critics of the 20th century, Muhammad Hasan Askari, which fell on November 5. I was also going to write a piece on the occasion of Krishan Chander’s 105th birthday (on November 23), elaborating on his link, both personally and fictionally, to the beautiful valley of Kashmir and its inhabitants.

But trust our governments to do something crass and bring the classics alive!  First, there was the case of a school headmaster in Pilibhit, in Uttar Pradesh, being sacked for ‘making’ his students learn Pakistani national poet Muhammad Iqbal’s famous poem, ‘Lab pe aati hai dua ban ke tamanna meri’.

Then, on November 5, as a result of a friendly complaint from an Indian state, the Indian Certificate of Secondary Education (ICSE) decided to remove Krishan Chander’s classic short story, Jamun ka Ped, from the Class X Hindi syllabus, probably fearing it would expose too much of the incompetence of the Indian bureaucratic machinery than was necessary for those young minds. Lest the reader feel that this is a uniquely Indian trait, let me hasten to add that many years ago, the Sindh government in Pakistan deleted many incendiary passages from Saadat Hasan Manto’s short story, Naya Qanoon, which was set in colonial India and took a bitterly satirical look at the then-introduced Government of India Act, 1935.

Though Chander is no more amongst us, having passed away 42 years ago, he made the abode of literature fragrant with his evergreen flowers of sympathy all his life. Agreed, one who loves humans never dies. It is true that Chander’s writings have made him immortal, but life is life, after all, and however great may the death be, it cannot be a substitute for life. Our epoch will not be able to produce another Krishan Chander.

Chander’s literary life began in 1936 in Lahore. He wrote light essays, short stories, novels, reportage– and in such abundance that in 40 years, approximately 40 of his books were published. Despite this, his pen never became weary; there was an ever-flowing current of sensory experiences and observations of truth. Neither did the warmth of his love for humanity dim nor did his romantic flight of imagination or the lyricism of his narrative style lessen. Now, who will write his kind of singing prose?

Chander was a raconteur of the sorrows of humanity, distilling those sorrows and transforming them into nectar. He always linked his passion and art to those whose blood, sweat and toil makes fields bloom with the flowers of mustard and cotton, and illuminates neighbourhoods and the bazaars.

All his life Krishan Chander held the values of beauty close to his heart. He was as much an admirer of the beauty of nature as he was of the beauty of the self and individual qualities. His art was a cry of protest against the social system which uses the creative forces of Man as a source of profit even as it deprives Man of his humanity. Indeed, how can beauty exist in a society mired in the deep darkness of ignorance, prejudice and superstition, where human dignity is trampled at every step?

Still, Chander never despaired. His realist vision had identified the life-giving force, namely reflections of beauty mirrored in human experience – in motherhood and the innocent smiles of children; in the anger of youth; the determination of the aged; the cry of widows; the sweat-drenched bodies of workers; and the pen of writers. Chander used the same pen to compose elegies to beauty and condemnation of the oppression of the sellers of beauty.

Chander was a universal man in the true sense. He did not believe in seeing humanity through the prism of colour, race, religion and nation; his heartfelt desire was for peace, freedom, contentment and justice to surround humanity,  the end of the forces ranged against life.

Krishan Chander was perhaps the sole Urdu author who was able to live on the income provided by his short stories alone. He occupied a high place in literature, never bowing his head before the powers that be. He never veiled his loyalties either, remaining associated with the Progressive Writers Movement. 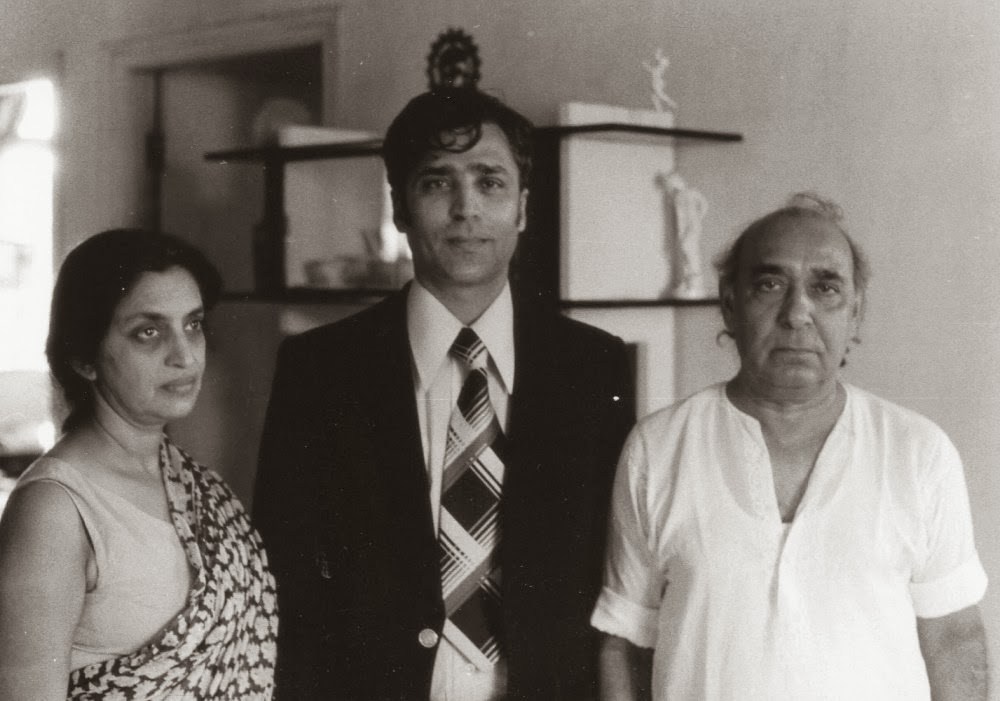 By removing his Jamun Ka Ped from the Hindi syllabus of class X, the ICSE’s mandarins have fallen into the trap of seeing the tree for the woods, betraying their limited vision. In fact, they have become very much like the lifeless mandarins whose myopia comes for criticism in Chander’s story. Related to political opportunism is the inefficiency and insensitivity of bureaucracies in the subcontinent. Both India and Pakistan developed gigantic bureaucracies after independence, which became enormously influential in controlling state affairs, more so in Pakistan.

Chander’s famous novel Ek Gadhay ki Atma Katha (Autobiography of a Donkey) is devoted to this theme, especially the socialist-inspired model of bureaucracy introduced by Nehru in India. In the short form, Jamun Ka Ped is one of his powerful denunciations of an overcentralised bureaucracy, which, in my opinion, can proudly be mentioned in the same league as Gogol’s The Nose – its biting satire is such that it does not require Gogol’s magic realism to depict the tragedy wreaked by an oversized, unthinking centralised bureaucracy totally out of sync with people.

Also Read: Celebrating Krishan Chander, the Storyteller of the Oppressed

I can do no better than attempt to translate the chilling conclusion of the story of a poet who lies crushed underneath a jamun tree when it falls in a storm, his life in the hands of a bureaucracy used to the feel of red tape:

‘On the second day when the Forest Department men arrived with saws and axes, they were barred from cutting the tree. They found out that the Foreign Affairs Department had prohibited the cutting of the tree. The reason was that the tree had been planted in the Secretariat lawn a decade ago by the Prime Minister of Petunia. If the tree was cut now, there was a great risk that our relations with the government of Petunia would be damaged forever. ‘But this is a question of a man’s life’, shouted the clerk with anger. ‘On the other side, a question of relations between two countries’, the Second Clerk admonished the First Clerk, ‘and do try to understand too how much aid the Petunian government gives to our government. Can’t we sacrifice even one man’s life for their friendship?’

‘The poet should die.’

The Undersecretary told the superintendent, ‘The Prime Minister has returned from the foreign visit in the morning today. The Foreign Affairs Department will present this tree’s file before him at 4 pm today, and whatever he decides will be accepted by all.’

At 5 pm the superintendent himself brought the poet’s file to the latter, ‘Do you hear?’ As soon as he arrived, he shouted, waving the file, ‘The Prime Minister has ordered to cut this tree and has taken full international responsibility for this incident upon himself. Tomorrow this tree will be cut and you’ll be rid of this trouble. ’

‘Do you hear? Today your file is complete’, the superintendent said, moving the poet’s arm.

But the poet’s arm was cold. His eyelids were lifeless and a long line of ants was going into his mouth. The file of his life had also been completed.’

I am sure that the writers of this generation who love Krishan Chander will not be discouraged by the ICSE’s disappointing action and will breathe new spirit into his literary traditions.

My own tryst with this landmark story came in the spring of 2015 when I was teaching a course on Pakistan’s political processes and institutions at one of Lahore’s well-known private universities in their public policy and administration programme. The dilemma was to teach the inner workings of bureaucracy to a mixed group of serving and would-be bureaucrats in a way that it avoided the prosaic pitfalls of Max Weber’s theory of bureaucracy and Woodrow Wilson’s theory of public administration.

So, I fell back on Jamun Ka Ped. Not only did the students discuss it in class; they were assigned a question later in their midterm exam as to how the story contributed to our understanding of the working of Pakistani bureaucracy. I am not sure if the experiment was subsequently repeated or whether the story and its lessons found their way to some of our own bureaucrats!

Also read: From Krishan Chander, a Salute to Kashmir

I began this piece with a mention of Hasan Askari, who would have been the subject of this piece had the ICSE not intervened on his 100th birthday on November 5. Incidentally, Askari had this to say about Krishan Chander, his great contemporary:

‘I have said repeatedly that with Krishan Chander you cannot find the things which you have been searching elsewhere. Neither does he possess qualities of plot, nor of characterization, neither of psychological analysis nor beautiful verbosity. He possesses one thing which is higher than all these – life. The truth indeed is that life is such a vast and extensive and ambiguous thing which no one can put a hand to. The zenith of the artist, as Henry James has said, is just that in his creation, he creates a “look of things” and an “illusion of life” and Krishan Chander is successful at it.’

It can thus be said that Jamun Ka Ped possesses both a look of things and an illusion of life, and the Indian officials who deprived generations of Indian schoolchildren from these twin pleasures at the stroke of a pen possess neither.

Raza Naeem is a Pakistani social scientist, book critic and award-winning translator and dramatic reader currently based in Lahore, where he is also the President of the Progressive Writers Association. The translation from the Urdu in the article is his own. He can be reached at razanaeem@hotmail.com