Grasslands of Grey: How the BBC's Flawed Kaziranga Muckraker Has Done Harm

The BBC has managed to widen the prevailing distrust between the forest department and conservationists who wish to research and critically analyse the Kaziranga model. 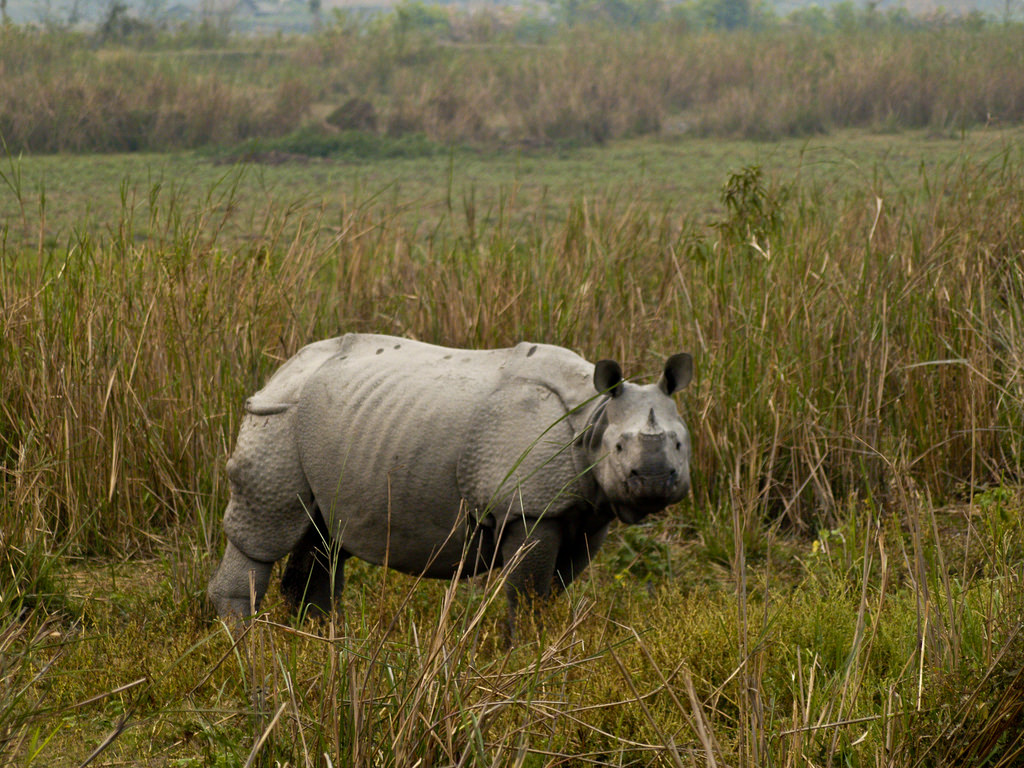 This is the first of a two-part essay composed as a rebuttal to the BBC’s documentary on Kaziranga national park and the harsh conservation practices its officials allegedly abide by. Both essays are available at this link.

‘Killing for conservation’, an investigative documentary by the BBC that alleges a dark side to Kaziranga national park’s success in protecting rhinoceroses, has been met with strong condemnation by conservationists as well as threats by the Government of India to blacklist it. It has also polarised stakeholders on both sides of the divide – but at the same time has opened up a long-due debate on the alleged excesses of conservation policies in Kaziranga national park.

The BBC team’s investigation has faltered on multiple fronts, not the least of which is hoodwinking the authorities by submitting a false synopsis of the planned documentary. According to the Ministry of Environment, Forest and Climate Change, the BBC approached them for permission to film night patrols of forest guards in Kaziranga. The synopsis provided was that the video would be about a “story on challenges and expertise of India’s conservation drive. We would like to report on and feature what we consider the most exciting aspect of conservation in India – the elite rangers of Kaziranga as they go on night patrol and show our viewers the efforts being taken to protect wildlife in India.”

Moreover, the makers aired the documentary without showing the film to a representative of the Government of India, in contravention of an undertaking provided by them.

However, the documentary that was telecast deviated from the script and suggested an ulterior motive behind the exercise. While it is true that the BBC team was looking to highlight a very important issue – the complex conservation model used to administer Kaziranga by equipping the forest guards with punitive powers – the way they went about dealing with this issue seemed partisan in nature. The product seemed to lack in research and nuance.

The BBC documentary and the introductory article to the film (again, simplistically titled “Kaziranga: The park that shoots people to protect rhinos”) alleges that Kaziranga’s success has a “dark side” composed of abuse of the powers given to forest guards, evictions of local communities, incidences of torture and extrajudicial killings by forest authorities. However, the script is one-sided and fails to take into account the viewpoints of all the stakeholders involved in this conflict.

The tone of Justin Rowlatt’s narration was leading as well. While organisations like Survival International were allowed to voice their views, inconvenient facts that did not suit the narrative were omitted. And organisations like Survival International have often twisted facts in the past to paint an image showing all state forest departments in India as vile villains displacing forest communities in collaboration with Indian conservationists.

One example was the case of Akash Orang, who was shot in the leg on the park’s outskirts in July 2016. While the incident was appalling, it has been narrated by the BBC as if straight out of Survival International’s piece on the incident – prodding the viewer to believe the boy was shot in cold blood by a forest guard in a deliberate act. However, the actual incident panned out differently.

On the evening of July 17, 2016, a misfired bullet injured seven-year-old Orang when Manas Bora, a forest guard at the Mihi Tongi anti-poaching camp, was trying to stop a rhino from entering the boy’s village near the camp. This sparked a protest in the area led by the Assam Tea Tribes Student Association. However, to its credit, the forest department immediately took moral responsibility for the accident and suspended Bora and Anil Kalita, the camp incharge, without delay. It also handed Bora over to the Bokakhat police, from where he was sent to judicial custody. And apart from expressing regret and ordering an official enquiry into the accident, the forest department also financed Akash Orang’s treatment at the hospital and assisted with post-treatment counselling.

However, the campaign also revealed that it was the organisation that had alerted the BBC to this issue and to which the BBC had obliged and “commissioned an investigation”. This admission by Survival International, together with the one-sided narrative presented in the documentary, raises serious questions over the filmmakers’ agenda.

Moreover, the documentary relies on shoddy research when discussing the issue of prosecution of poachers rather than shooting them. Rowlatt writes: “There are other indications that careful investigation is not a priority when it comes to wildlife crime in Assam. The park says that in the last three years just two people have been prosecuted for poaching – a striking contrast to the 50 people who were shot dead in the park in the same period.”

Here, the picture Rowlatt seems to be painting is that, while the park has killed dozens of alleged poachers, it has arrested and prosecuted only two people for poaching. His facts, however, are off the mark. What he calls “prosecution” is actually conviction, which can only happen after a trial is completed. Two people were convicted post-completion of trial, in 2013 and 2016. The forest department had in fact arrested and prosecuted over 180 people between January 2014 to December 2016 on poaching charges, and shot 50 in the same period.

The investigation also falters in not having involved or consulted multiple conservation organisations working in the Kaziranga landscape for many years. Instead, it focuses on one international organisation: the World Wide Fund for Nature (WWF), whose work in the region has been limited. Many independent researchers, academics and practitioners could also have been consulted for a more balanced and clearer picture on the issue.

Politics around rhinos and Kaziranga in Assam is another important aspect of the story. Conservation in the state has had political overtones even as the rhino has been a mascot of Assamese identity. Militancy and militant groups like the United Liberation Front of Asom (ULFA) are regularly accused by a majority of conservationists of carrying out rhino killings in Kaziranga. But the irony is that ULFA apparently considers rhinos to be the pride of Assam. And it has not only issued threats to poachers in the past but also killed three of them in the late 1980s.

Consequently, soon after the controversy around the BBC documentary erupted, the anti-talks ULFA(I) faction issued a statement that the majority of encroachers around Kaziranga were illegal immigrants. This wasn’t particularly surprising since the heated debates over illegal immigration, both now and in the past, form the bedrock of identity politics in Assam and Kaziranga has been a focal point in this debate over the years. Encroachers around Kaziranga are often termed as illegal immigrants even though the demographics of the population around the park are not as simplistic. Prime Minister Modi himself, in one of his pre-election speeches in 2014, had claimed that rhino poaching in Assam was being driven by the demands for land to settle illegal Bangladeshi immigrants. These complex socio-political dynamics, crucial in the backdrop of Kaziranga, were ignored in the BBC documentary.

Moreover, BBC has now also managed to widen the prevailing distrust between the forest department and independent researchers and conservationists who wish to research and critically analyse the Kaziranga model. Because of this biased and poorly researched report, anyone working on such contentious issues related to Kaziranga will be perceived with suspicion by the department, especially if they are affiliated with media houses or academic institutions based abroad. Moreover, the tarring of the entire field staff with a single brush in the BBC report is likely to make them wary and circumspect of speaking out forthrightly to researchers in future. The same caginess can be expected in future from the officers in charge of the park’s management as well.

Then again, while the story in itself was mistaken in parts, arousing doubts as to the channel’s motivation, it has also brought issues to the discussion table that are pertinent to the global discourse on conservation militarisation and its social implications on local communities living in or alongside protected areas.

In the second part of this essay, the authors will establish how all is not right with the Kaziranga model either, with there being reason to believe that there have been excesses and unjust policies at play.