Kashmir – The Home I Have Never Been To

Kashmir is a cultural concept, a school of thought, a doctrine that is in existence by its own uniqueness. 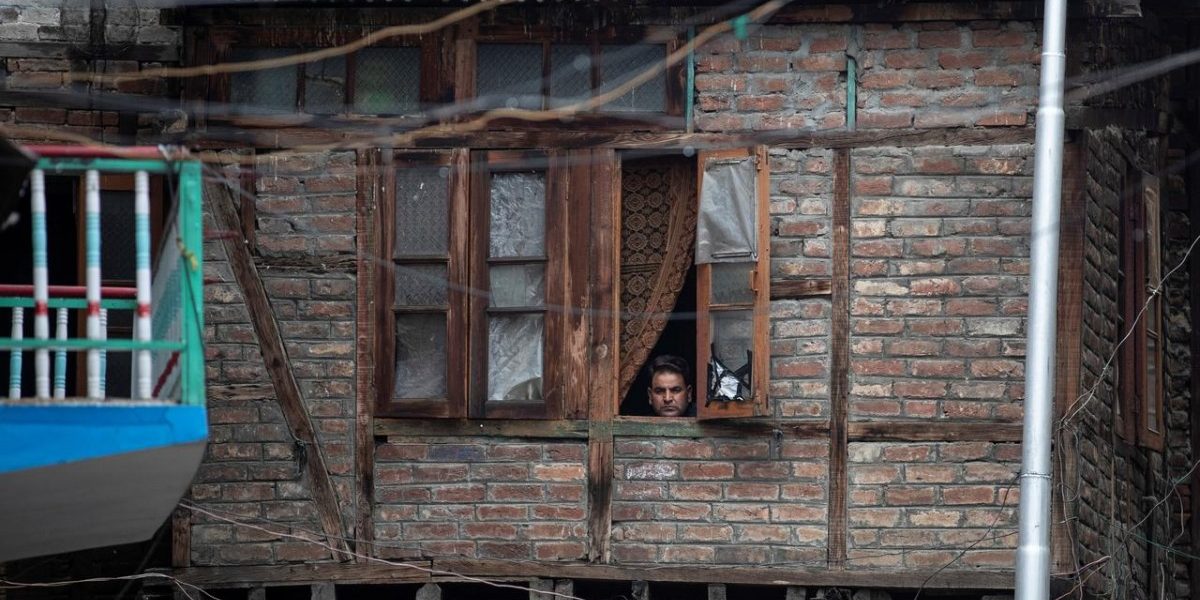 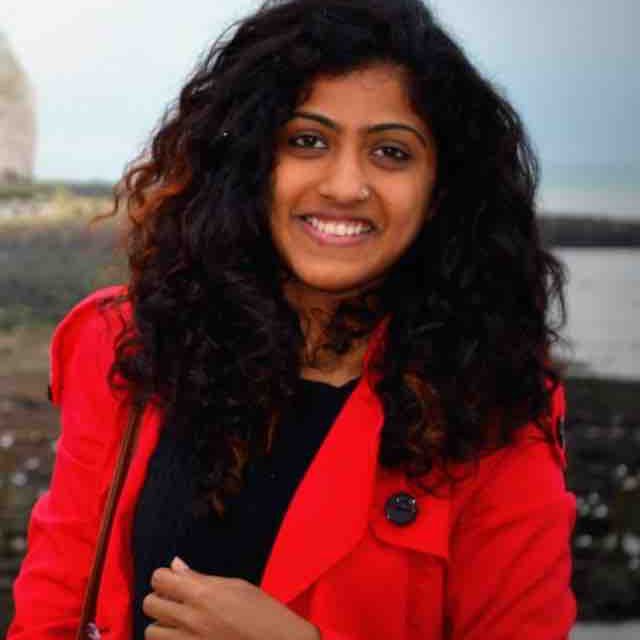 “It was a four-storey building where simmering teapots were always out and on. Hot lavasa was served for breakfast, a kangdi was kept burning at the corner of the hall on the ground floor… shades of red, orange and yellow were baking into warm maroon and pale red, spreading heat equally to the walls, windows and wooden pillars of the house. Warmth was the fashion and each being was seen donning a thick kaftan embroidered with tulips and lilies,’’ I noticed that his smile widened whilst narrating through the pages of his childhood.

I came a little closer, resting my chin on his palm without interrupting him as he crossed a long distance of 30 years in his memory. “Quiet and cold and snowy… the weather was most harsh for young boys to play with a leather ball. We tried with a tennis ball, but it used to get heavy, absorbing water in the air, failing to bounce each time. So we eventually settled for a plastic ball.” He sighed and smiled, “Basics never fail.”

He took out a monochrome picture from his phone gallery and passed on to me with a melancholic face. It would be fitting to say that I could neither relate nor empathise with him. I was just a listener. I do not know what it is like to look at one’s half-burnt family home in a picture. I also do not know what it feels to leave your home with all your belongings and never return.

Knowing well the man I have married to prefers logic over emotion, despite his regular bashing of bhakts on Facebook, I realised that his intimate gesture desired a light bedroom conversation without letting our law degrees have critical say on the subject, so that he could take me through his place: his home, his playground, his beautiful valley through his memory lanes. I gladly accompanied.

For the next hour or so, we travelled to the beautiful ‘Dal Lake’ and then to ‘Heaven Cinema’ in the heart of Anantnag city in Kashmir. Apparently, there are green vegetables that are found only in the Dal Lake and cannot be grown anywhere else in the world. That is a nature-endowed special status. My first thought was to apply for a geographical indication for the delicacy. 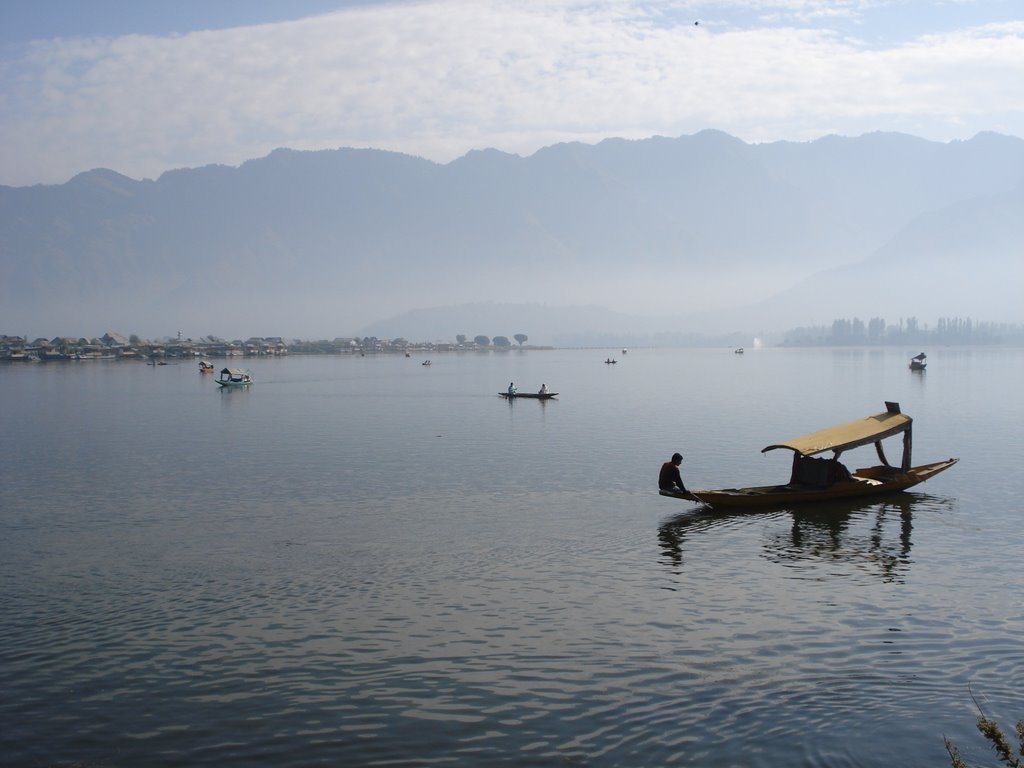 Once managed by Rohit’s grandfather’s elder brother, living up to the merits of its name, ‘Heaven Cinema’ was the graduating factor for the youth of the town. Much thanks to Heaven, I see his father, uncles and elder brothers often imitating Dharmenders and Jitenders of the 80s.

Amidst all the flashbacks and lending a patient ear to the young man, I was in the doldrums. There were two parallel conversations going on, one between me and him and second between me and myself in my head. I was repeatedly trying to look at the picture with an attempt to build a strong sense of connect whilst asking myself: Isn’t it my home as well? The (half-burnt) home that I have never been to. I wondered that if circumstances were undeterred, what would have been the real-life chances that I would have been welcomed in this very half-burnt house as a bride. A lot. 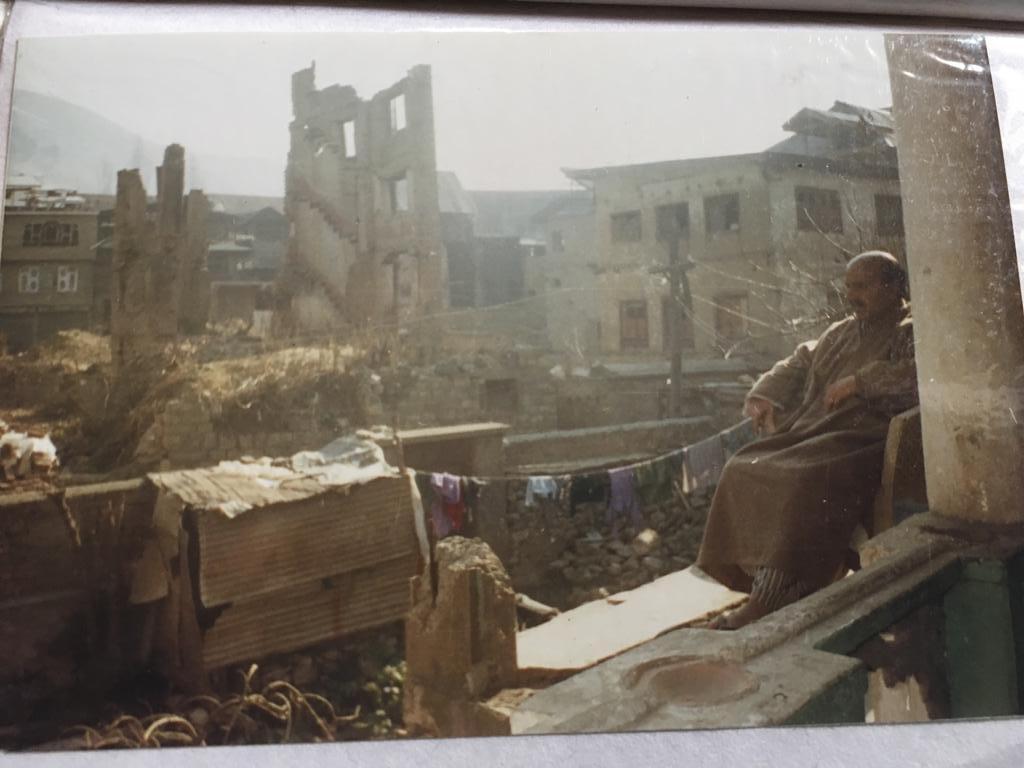 How ironical it is that when ‘their’ is replaced with ‘I’, the perspective rotates. Empathy is indeed demanding of thought, introspection, mindfulness and humanity.

In the past year, I have met many Kashmiris, including from generations who have been brought up outside Kashmir and lack the legitimacy of texture that I see in elders who have lived their entire life in the Valley. Now when they talk about Kashmir, a ting of serenity reflects in their eyes.

My one such encounter was immensely insightful and overwhelming. Sitting in a calm posture wearing a subtle and graceful blue kurta and well-kept shiny grey hair, cozy hands, huge smile, wide arms and a little peck on my forehead with clear utterance of the blessing ‘duokhbodh’ (translated to God Bless ), she welcomed me to her Gurgaon home.

‘Aunty’ as I dearly address her now, is a Kashmiri woman in her early 70s. I waited for her to open the conversation, and she dressed down all my inhibitions one by one. Knowing that I am a lawyer, she turned aside all the boring issues, like whether or not I could cook, and came straight to the point. She began talking to me about law and its consequences, gender roles and their interchangeability over the times, courtrooms, politics, education, liberalism and modernism.

She mentioned how she had filed writ petitions while she was a principal of a school in the Valley as her transfer was arbitrarily refused by the authorities, and how she had managed to get a license and certification for her school against all odds. She told me how she has been breaking the glass ceiling at every point.

Also read | Nothing Is Normal in Kashmir, Except the Normalisation of Conflict

I was absorbed and in love with the strength of her mind and eloquence of her tone. I found her unusual and interesting. She could be a friend from a different era, I thought, a library of times, a textbook of experiences and poetry that is so factual and real that it ends up reading like prose, carelessly losing her rhythm and yet carrying the charm and fancies of beautiful verse.

After talking to her and many others, I realised that Kashmiris are exceptionally warm and simple people for whom the idea of Kashmir is the very essence of the elements of their daily life – all small and big things like kangdi and kaftan, almonds and apples, frostbites, frozen rooftops, snowy evenings, strings of dried brinjals and potatoes and turnips for the stock in the bad season, noon chai, mutton rogan josh with a mountain of rice, celebrations of Herath and Navreh, children, shops, festivals, language and lifestyle in general.

Kashmir, the identity as endowed by nature, is so special that no statute or commandment of law by any living being can amend it. Kashmir is a cultural concept, a school of thought, a doctrine that is in existence by its own uniqueness, and the government, under the garb of protectionism and progress, is not only trying to turn an apple into orange but also forcefully keeping it in its basket. Sadly, it is bound to rot.

Neha Dhir Kaul is an Advocate practicing in Delhi Courts, an alumnus of LSE pursuing independent research on law and intra-sectional vulnerabilities, sexuality and culture. You can reach her at nehaadhir@gmail.com