Kartarpur Sahib: A Journey of a Lifetime

Photo essay by Shome Basu, who travelled to Pakistan to witness the ground-breaking ceremony of the Kartarpur corridor. 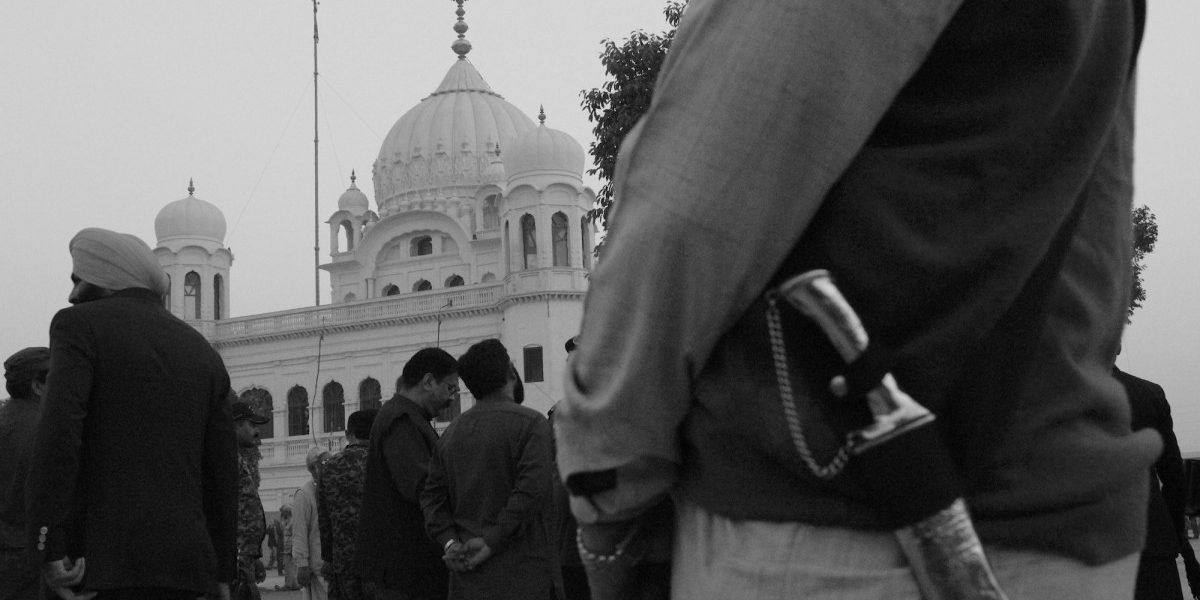 A Sikh man with a kirpan stands in front of Kartarpur Sahib.

The inauguration of the Kartarpur Sahib corridor has renewed hope for a peaceful relationship between India and Pakistan. The original structure of the Kartarpur Sahib, the resting place of Guru Nanak Dev, the founder of Sikhism, who spent his last 18 years preaching and farming at this village until his death in 1539, was once destroyed by floods. It was reconstructed by Bhupinder Singh, the Maharaja of Patiala and grandfather of current Punjab CM Amarinder Singh. It was renovated again during General Pervez Musharraf’s regime.

On November 28, apart from 3,000 Indians, Sikhs from around the world, including Russia, Canada, English Greece and of course Pakistan congregated at the holy site. Balwant Singh, a Sikh religious teacher, brought his students to witness the ‘historic event’. He was visibly enraged with India’s ‘cold stance’ on India-Pakistan relations, but was optimistic about the corridor.

Sukhdev Singh and Lakvinder Kaur came from Amritsar after a long wait of five years. They said the visas they got was a godsend, since they never believed they would get a darshan in their life time.

Baldev, Puran and Birsa Singh, all of whom work are employed with private companies, requested their employers for a long holiday which enabled them to do the paperwork and finally the visit.

Among the pilgrims, there were some who have relatives across the border. Bhupinder Singh, a retired government employee, was hoping to meet his distant cousin who lives ear Nankana Sahib in Pakistan. His friends, Swarup and Son Singh accompanied him from Anandpur Sahib, another Sikh pilgrim site in India. As a child, Bhupinder crossed to India during the Partition and vaguely remains his home in Pakistan. Now he was returning to his birth land as well as the resting place of the founder of his religion.

Buses full of pilgrims, accompanied by Pakistan Rangers and Army convoys, were approaching the religious site of Kartarpur. The land that was closed to Indians in 1947 and could be seen only with the help of a telescope from the Indian border post was now physically accessible.

Tejpreet, Devraaj and Sujreet, all 15-year-olds, said they did not know much about the Indo-Pak conflict. But they knew a bit about Golden Temple and Jalianwala Bagh. It felt as if we were somewhere near the Golden Temple in Amritsar, but we were in fact in Pakistan. Common faces, culture, food and habits separated by the Radcliffe line.

My photographs are a testimony to the historical event, which until some time ago felt impossible. Today, not only Sikhs but the whole world are hopeful of a new beginning in India-Pakistan relations. 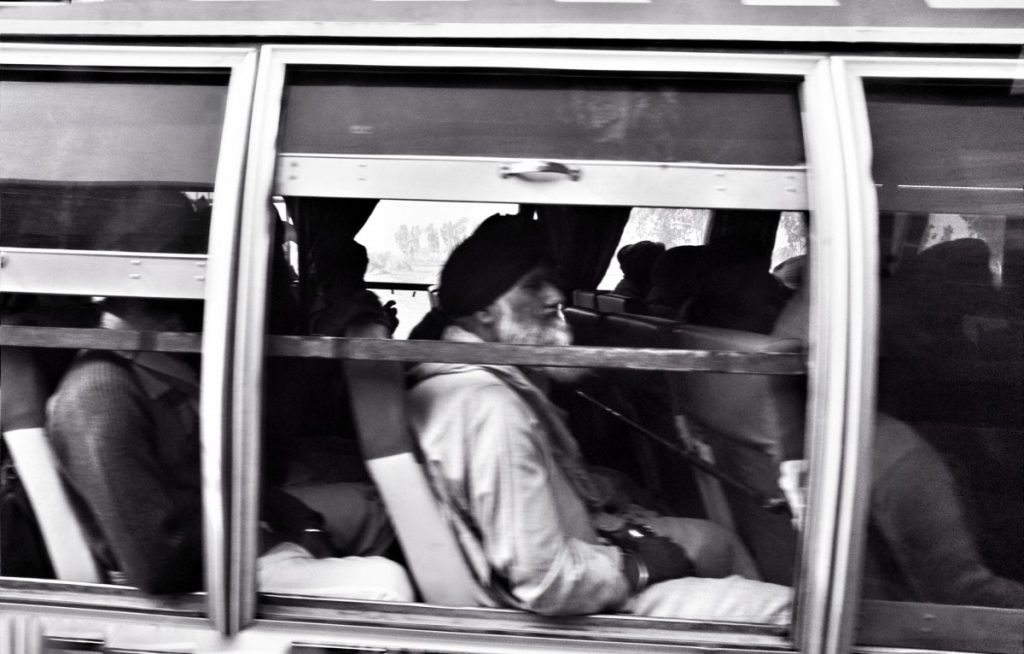 Pilgrims arriving in a bus at Kartarpur Sahib. 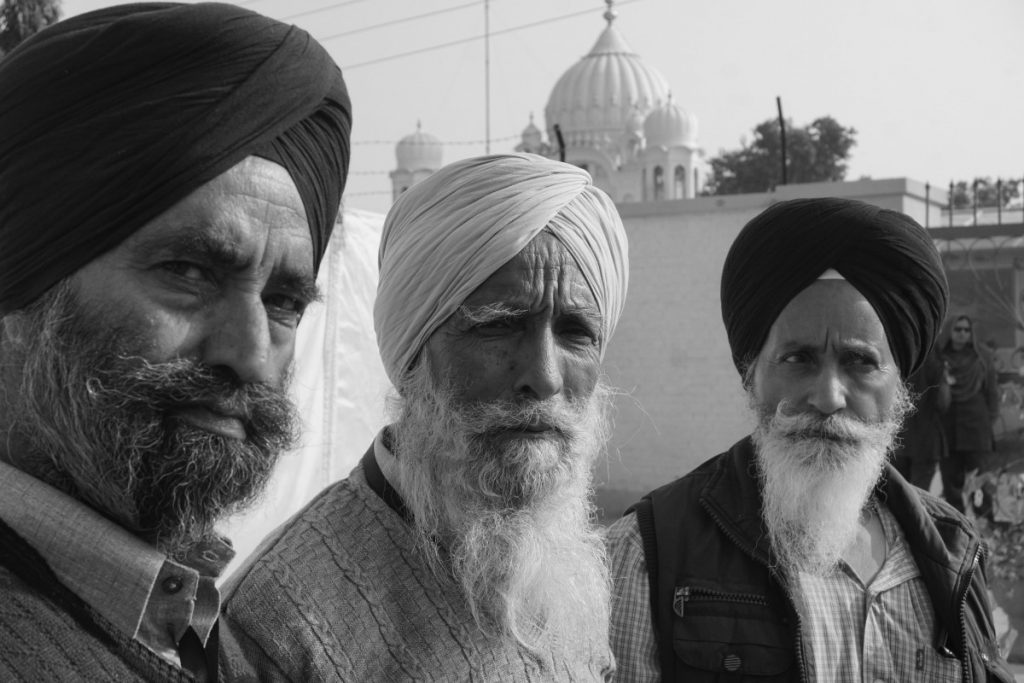 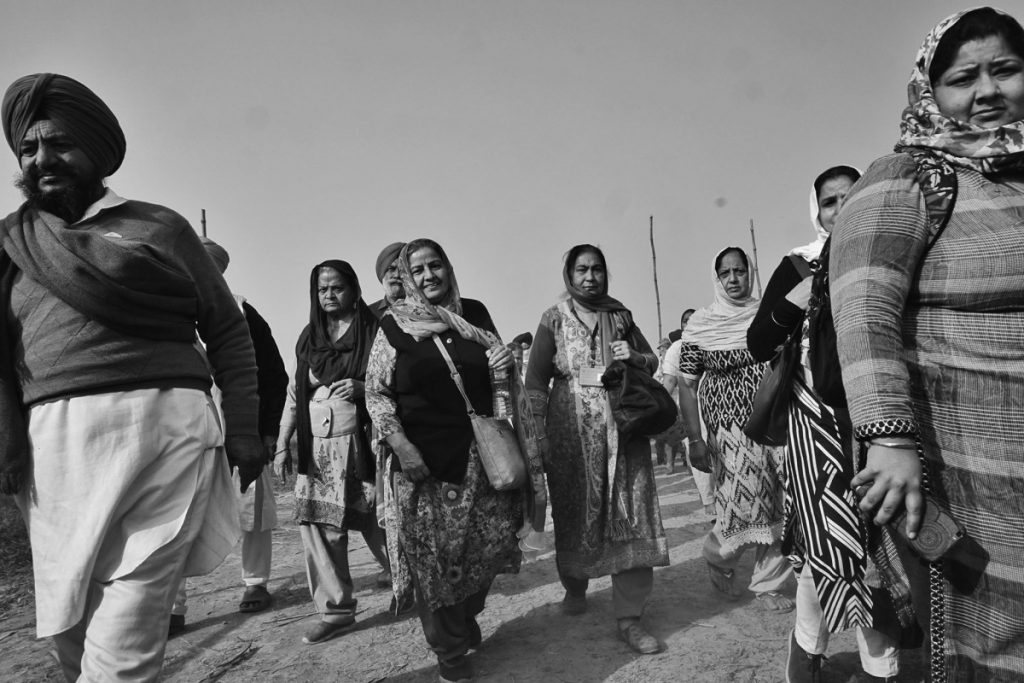 Pilgrims came in hordes from all over the world. 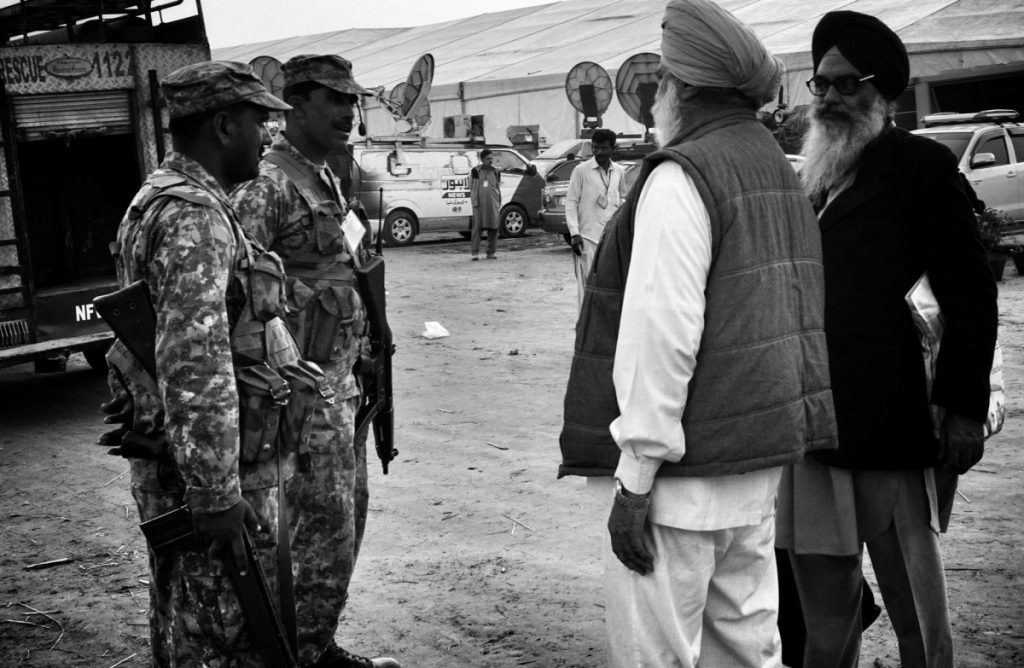 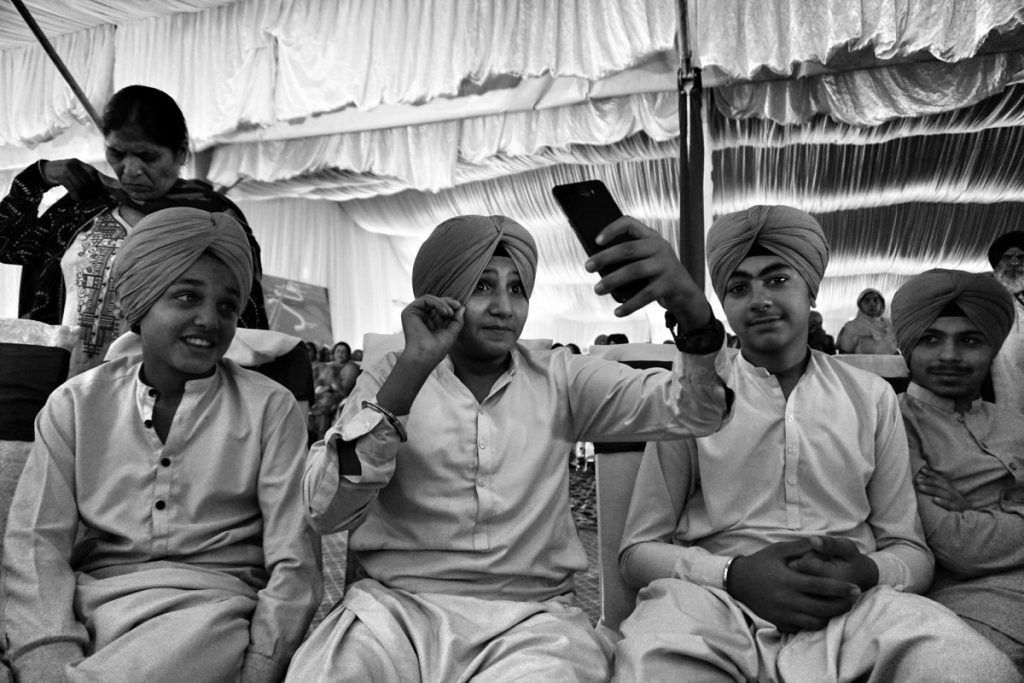 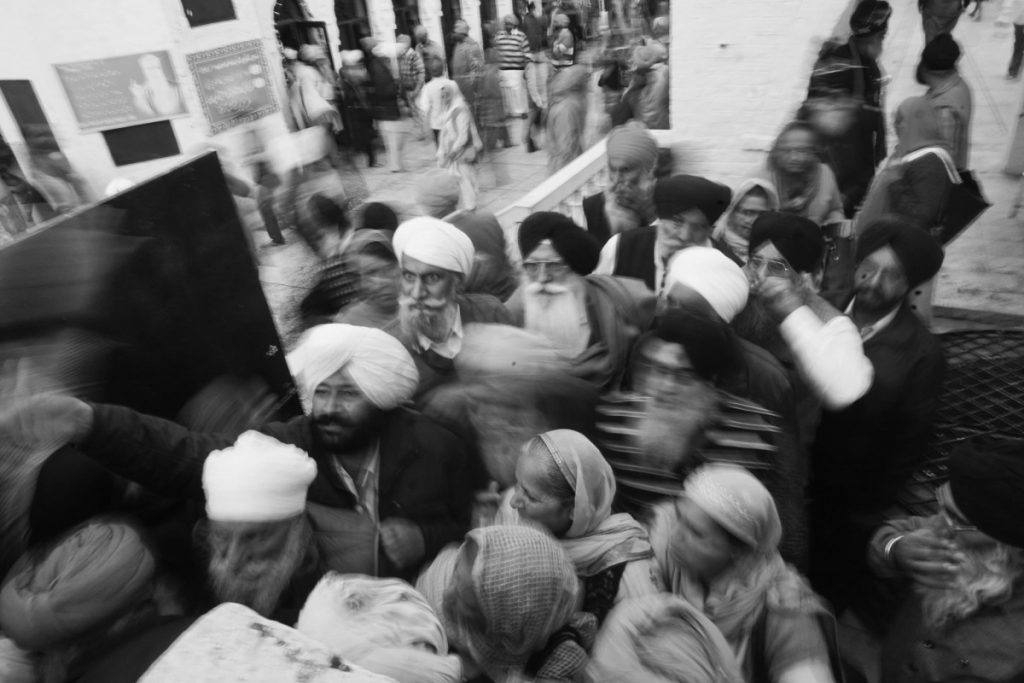 Pilgrims pushed each other as they tried to pass through the narrow entrance of the shrine. 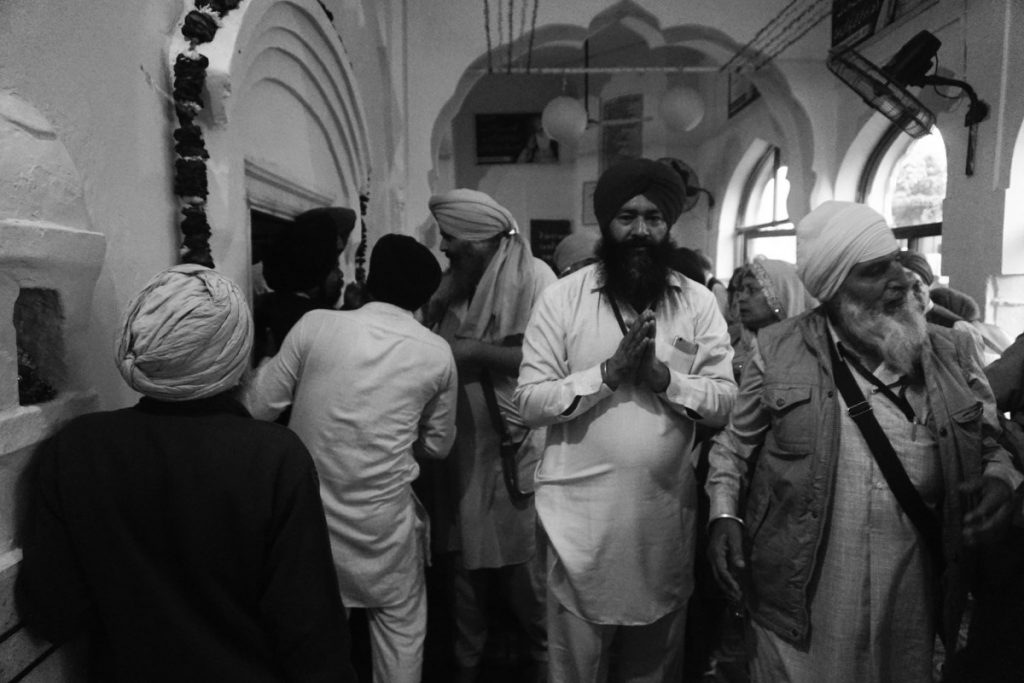 Inside the Darbar Sabib at Kartarpur Shrine. 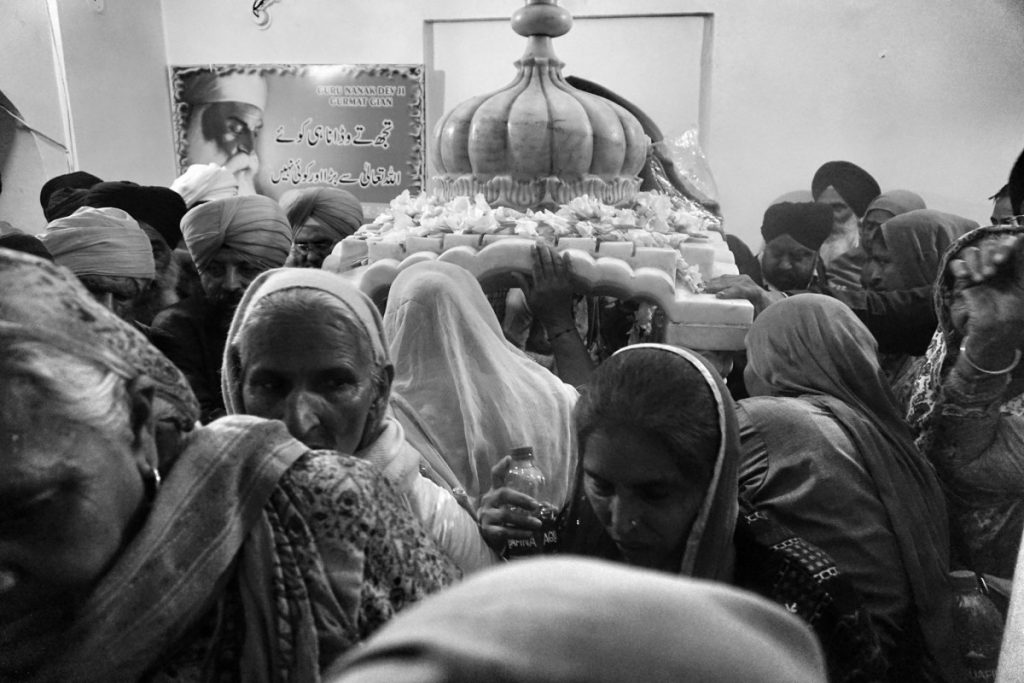 The Durbar Sahib inside the Shrine where the Guru Grantha Sahib is kept. 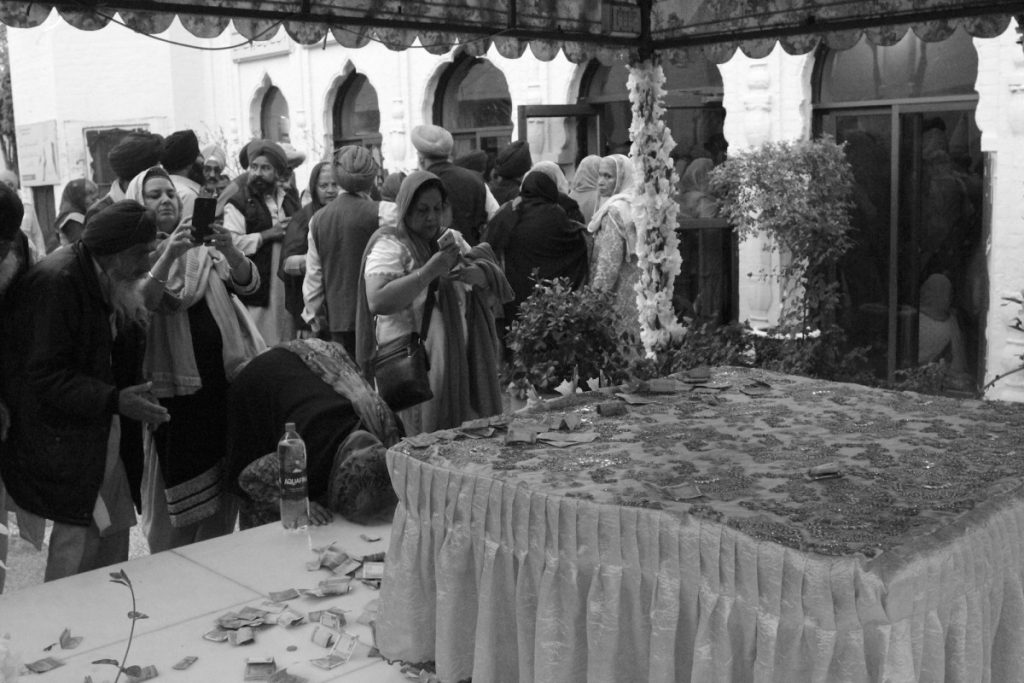 Muslims devotees who consider Guru Nanak as a Sufi saint pray at his tomb in the premises of Kartarpur Sahib. 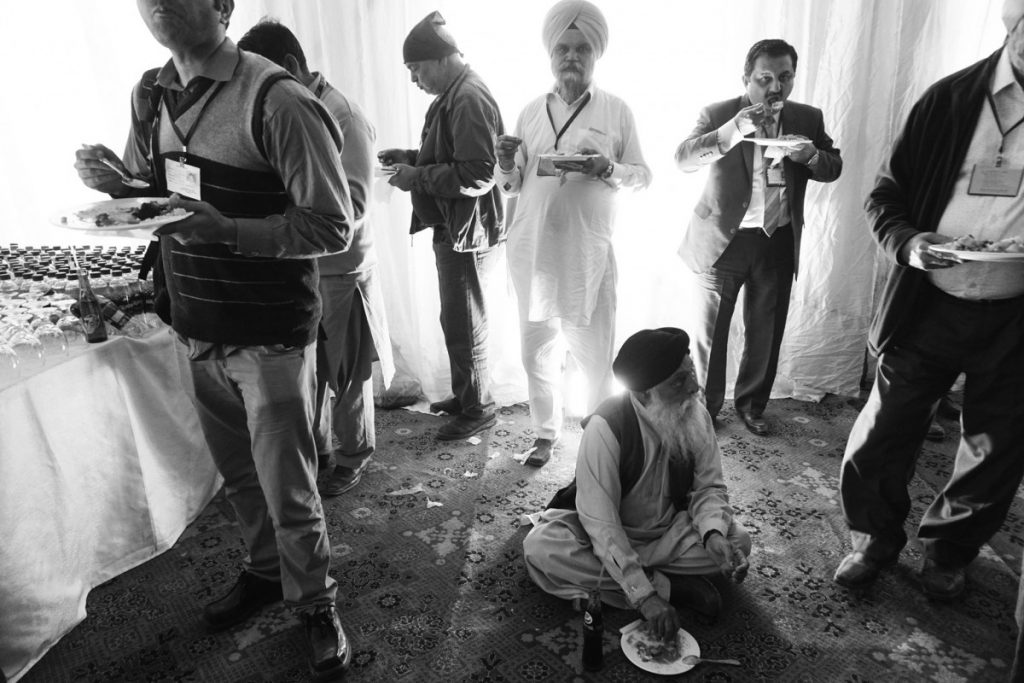 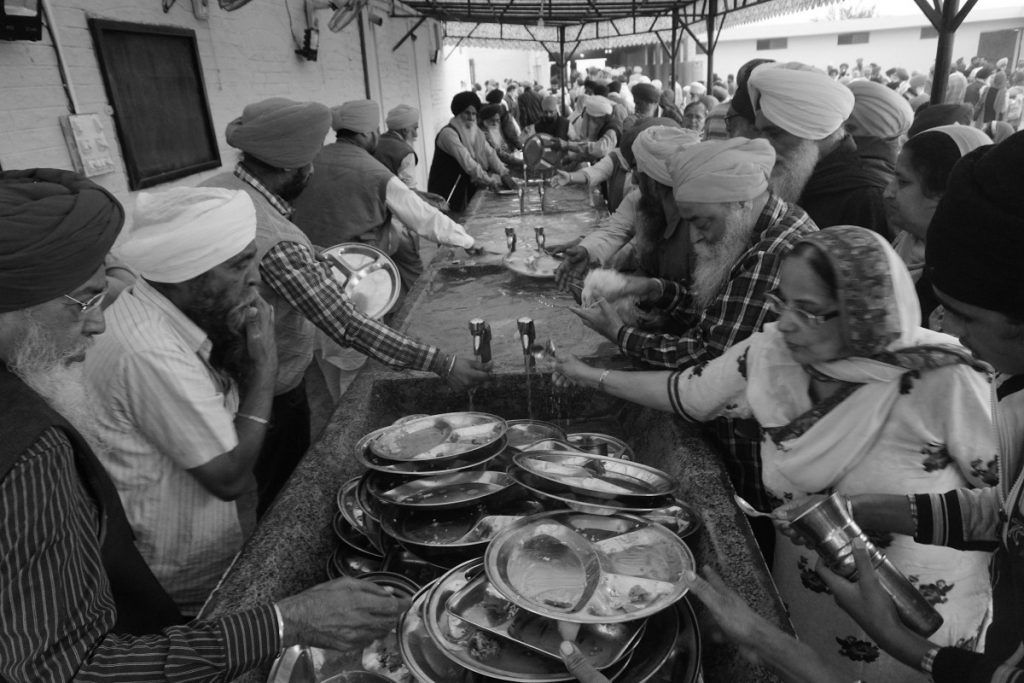 Pilgrims wash utensils after lunch at the shrine premises.