Censor Board Says It Will Not Allow Screening of 'Ka Bodyscapes' 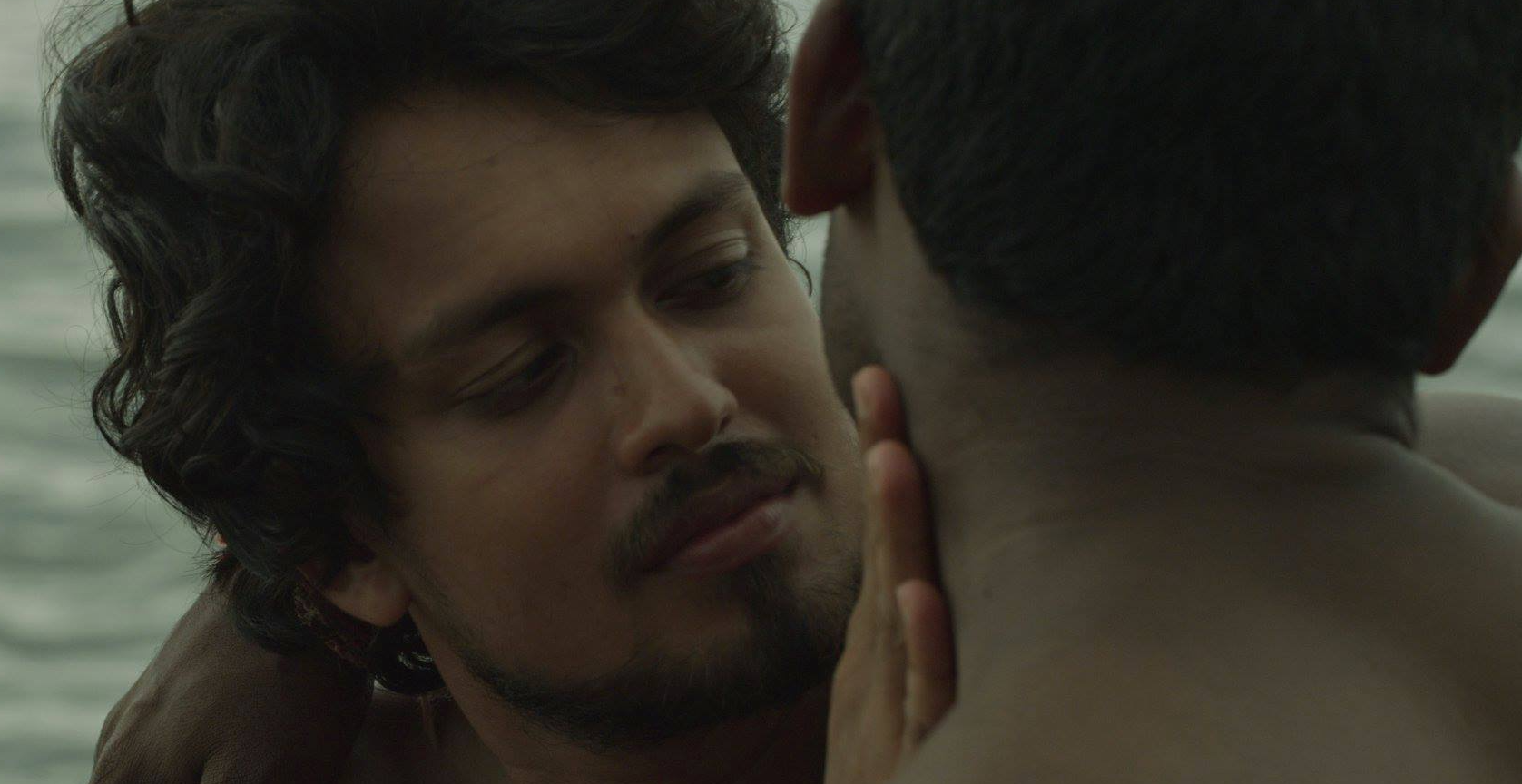 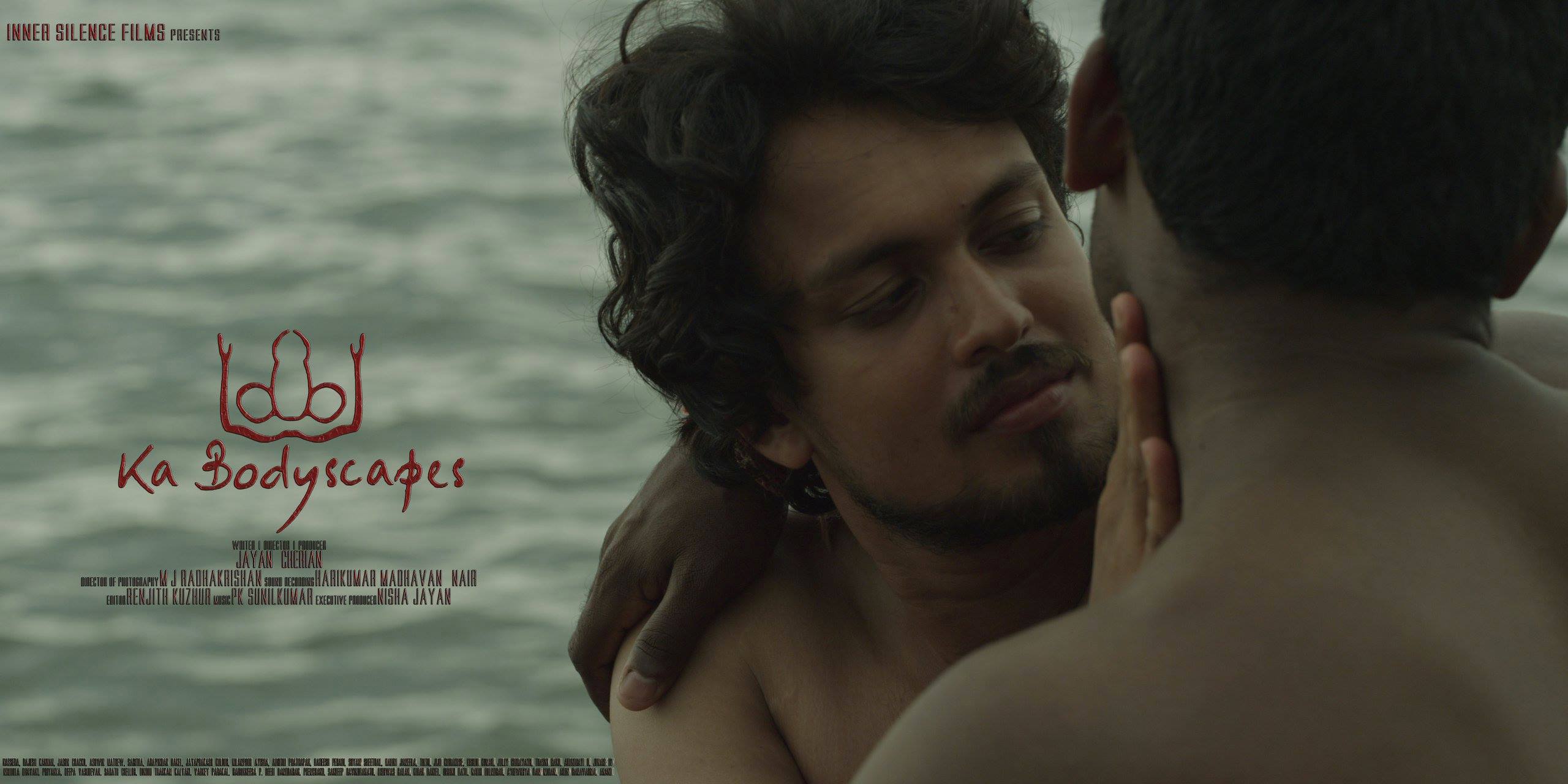 New Delhi: Films on sexuality continue to excite the censorious instincts of the authorities in India with the Central Board of Film Certification chasing down its recent denial of a certificate to Lipstick Under My Burkha for being too ‘lady oriented’ with a final refusal to allow the public exhibition of Jayan Cherian’s Ka Bodyscapes.

The film follows the lives of three young people in Calicut – “Haris, a gay painter; Vishnu, a rural kabaddi player, and their friend Sia, an activist who refuse to conform to dominant norms of femininity, struggle to find space and happiness in a conservative Indian City.”

This last reason also presumably reflects CBFC’s recent decision on Alankrita Srivastava’s Lipstick Under My Burkha, about which the board’s letter of refusal had said, somewhat ungrammatically: “The story is lady oriented, their fantasy above life”.

The CBFC has been refusing to certify Ka Bodyscapes for screening since April 2016 for apparently containing “…sensitive gay scenes, use of derogatory words against women and vulgar dialogues”.

The first revising committee, too, refused to clear the film, saying “…the entire content of the Malayalam feature film Ka Bodyscapes is ridiculing, insulting and humiliating Hindu religion, in particular portraying Hindu Gods in poor light. Derogatory words are used against women. The Hindu god, Hanuman is shown as coming in the books titled I am a Gay and other homosexual books (sic).”

At the time, Cherian had told The Wire, “We feel that the CBFC’s decision is biased against the sexual orientation of the characters portrayed in the film and the LGBT community of Kerala who made this film possible with their support.  We believe that we have a right to make our films according to our artistic conventions and we are not ready to take any editorial advice from the state. We are planning to move to the court to challenge the CBFC’s decision. It is unfortunate that the CBFC is being used as a tool to propagate homophobia and sexual bigotry.”

Cherian then approached the Kerala high court, which directed the CBFC to grant certification to the film, while also allowing the board to make cuts. Despite the high court order, the board refused to change its decision on the matter, opening itself to the charge of gatekeeping and policing content it does not approve of, especially around issues of gender, sexuality, religion and communalism.

The film En Dino Muzaffarnagar was also refused certification in April last year and a statement by Nihalani accused the film of being “…highly and openly critical of one group.”

“The CBFC takes the mere reference to any ‘Hindu organisation’ in the film as an offence. This is the death-knell of independent cinema and artistic expression in India,” Cherian told The Wire.

Read the CBFC’s letter in full: 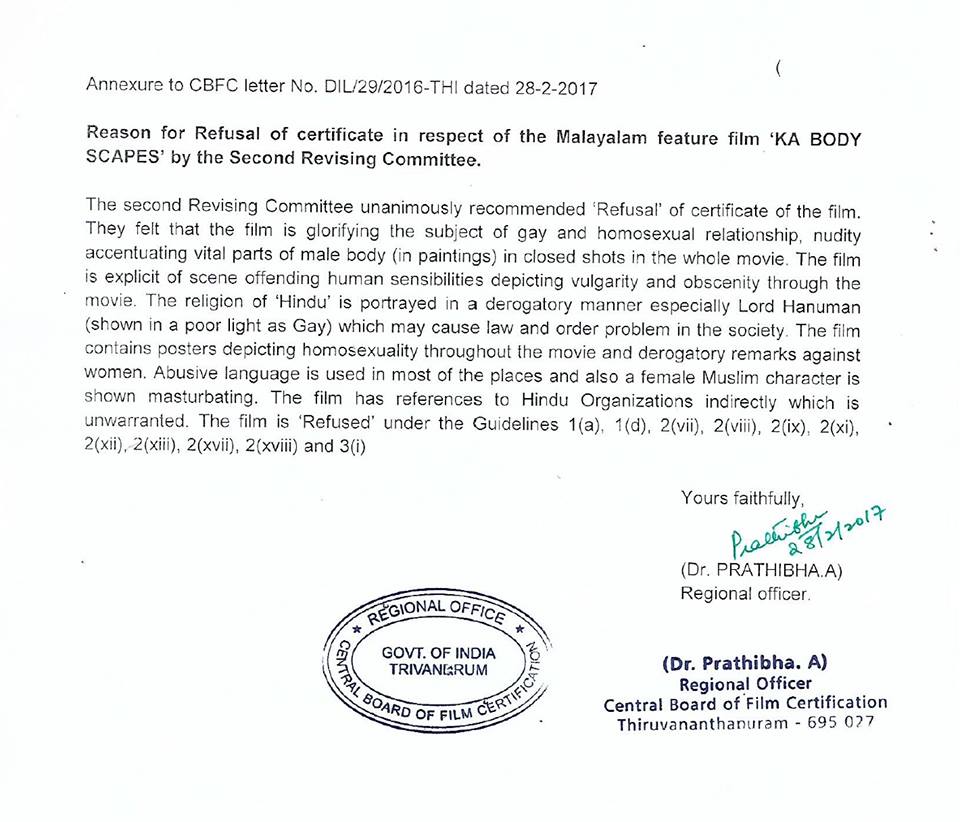