Remanded to Chhattisgarh, Arrested Senior Journalist Vinod Verma Says He is Being Framed

Verma was part of a fact-finding team from the Editors Guild of India last year which investigated the intimidation of journalists in the state. 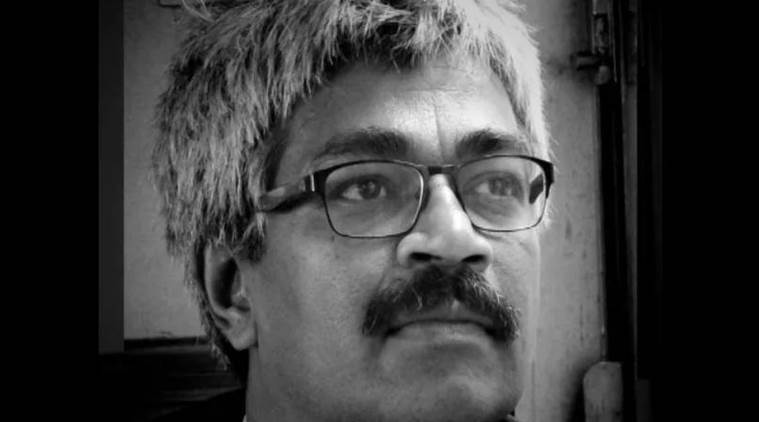 New Delhi: In a move that has drawn anger and outrage from journalists here, Vinod Verma, editor of news portal khabarbattu.com, was arrested early this morning from his residence in Ghaziabad, Uttar Pradesh by the Chhattisgarh police. Verma is a senior journalist and a member of the Editors Guild of India.

Later in the day, a court on Ghaziabad granted the Chhattisgarh police ‘transit remand’ so that he could be taken to Raipur for questioning.

Verma, who earlier worked with BBC Hindi and Amar Ujala, was picked at 3:30 am from Mahagun Mansion Apartments, Vaibhav Khand, Indirapuram by a team of the Chhattisgarh police with the help of the Ghaziabad police, senior superintendent of police H.N. Singh said.

A case of blackmail and extortion has been registered against him at Pandri police station in Raipur district of Chhattisgarh, he said, charges which Verma’s associates describe as false. Verma himself has said he is being framed.

Verma was part of a fact-finding team from the Editors Guild of India last year which investigated the intimidation of journalists in Chhattisgarh.

“I have a sex CD of a Chhattisgarh minister, he is Rajesh Munat and that is why the Chhattisgarh government is not happy with me,”  Verma told reporters, according to NDTV.

Earlier in the day, he was taken to the Indirapuram Police Station at 3.30 am, where the police questioned him for hours. Meanwhile, the Congress today accused BJP of squeezing press freedom and demanded the immediate release of the scribe. Senior Congress spokesperson Ajay Maken also demanded a judicial probe into the “serious sex-related allegations” against a Chhattisgarh minister, which, he added, were being investigated by the journalist.”A huge quantity of CDs has been seized from the journalist’s house. We are scrutinising the material to check whether there is any link to a sex scandal involving higher-ups,” PTI quoted Singh as saying. The police did not reveal the contents of the CDs. The journalist has been charged under sections pertaining to extortion, criminal intimidation and wrongful confinement: IPC sections 507 and 384.

Raipur’s inspector general of police Pradeep Gupta told reporters on Friday the confiscated CDs could malign the reputation of a person and so the arrest was made immediately. “An FIR was registered at 2 pm yesterday. The FIR did not name Vinod Verma as accused. But the CDs have been found in the possession of Verma. We are obtaining his remand to bring him to Raipur,” the Hindustan Times quoted Gupta as saying.

The journalist’s arrest comes after Chhattisgarh BJP leader Prakash Bajaj filed a complaint on October 26, Indian Express quoted the Raipur police as saying. His complaint said a caller claimed to be in possession of objectionable videos and that he threatened to make them public if he (the minister) did not pay up

As news of his arrest spread, many senior journalists gathered outside the police station and condemned the arrest.

AAP leader and former journalist Ashutosh termed the development an “attack on the press”. In a tweet to the Uttar Pradesh police, the journalist-turned-politician said Verma was arrested in a “mysterious” way.

Vinod Verma Ex BBC n Amar Ujala Digital Editor has been picked up most mysteriously by UP N Chhatttisgarh Police 3.30am. Attack on press?

Senior journalist Om Thanvi also condemned Verma’s arrest, saying in a Facebook post, “I have known Verma for years. He is a serious reporter and I have never seen caught any perverse situation… I have no doubt that someone is trying to trap him in false allegations, knowingly or unknowingly… If a journalist like Vinod Verma has been taken in custody, then it is safe to say that no one is safe. If not me, then you could be next.”