"Am I being suspended for exposing my students to intellectually stimulating professors and teachers from around the country?”, asks Rajshree Ranawat. 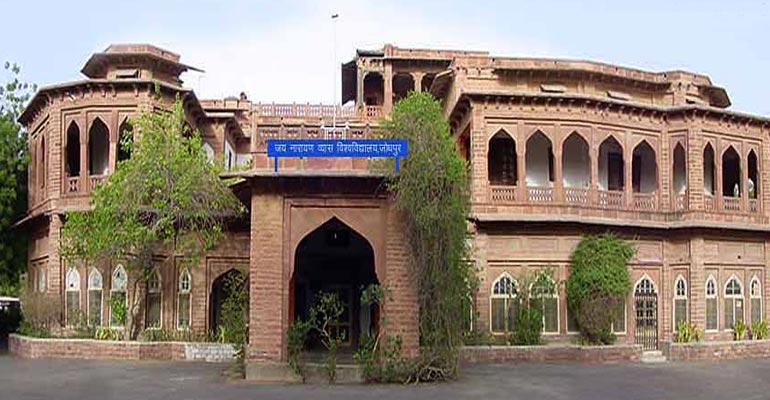 Jaipur: Rajshree Ranawat – the assistant professor suspended by Jai Narain Vyas University for organising an event where a Jawaharlal Nehru University professor delivered a lecture that her university administration found ‘objectionable’ – says she is not afraid. She is willing to return to campus, fight a legal battle against her suspension and convince students and teachers alike that debate between people from different ideologies is necessary for an open mind and the pursuit of knowledge.

Ranawat was a key organiser of the interdisciplinary conference, ‘History Reconstrued through Literature: Nation, Identity, Culture’ which was held at JNVU on February 2 and had about 30 participants.

One of them was JNU professor Nivedita Menon, who gave a talk on ‘The Concept of Nation and Nationhood.’ It has been alleged by her detractors that she said Kashmir was not an integral part of India and that soldiers worked for their own livelihood and not out of any patriotic feeling for the nation. Menon has strongly refuted these charges. Giving her own account of the talk she delivered, she has challenged those who have levelled wild allegations to back up their claims with evidence.

Acting largely on the basis of rumours and innuendo about Menon’s alleged remarks, members of the Akhil Bharatiya Vidyarthi Parishad staged a protest on campus, leading to a shutdown of the university the next day.

The university subsequently filed a police complaint against Menon for her alleged remarks. A committee, formed to look into the matter, suspended Ranawat on the grounds that she failed to appear before the committee. The committee also accused her of tampering with the video recording – a charge presumably designed to explain why there is no audio-visual ‘evidence’ of Menon having made ‘anti-national remarks’ – and of ‘encouraging’ Menon before her lecture.

Ranawat, a graduate of Sophia College in Ajmer, told The Wire, “Menon’s was a talk and not a lecture. It was an open session. Anybody could stop her and raise objections if they disagreed with her. But at that time, nobody raised any doubts. It was only after she ended her talk that retired professor of the university, N. K. Chaturvedi told Menon that ‘aap paani pi pi kar Bharat Mata ko kosey jaa rahi hain.’” (‘You are insulting Mother India’)

“Menon then asked him to give one example where she had been disrespectful towards her nation. Chaturvedi just hemmed and hawed, giving examples of Kerala, but could not give any logical reply to her. Even then we asked those who were present to ask and discuss whatever they wanted to over tea break. But nobody came forward with any questions and the conference went on as scheduled. Also, nobody from the media was present. And since I was the organiser, I was overseeing the whole event, attending to people and monitoring everything, so how could I encourage Menon to speak anything against the nation?” 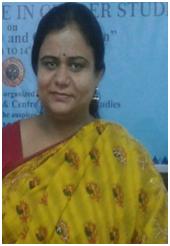 Ranawat, 39, who joined the university in 2013, added, “I had painstakingly zeroed in on around 70-80 resource persons including Kirron Kher and Jyotiraditya Scindia, but nobody was willing to come as far as Jodhpur. I invited Menon, who is a professor of comparative politics and political thought, for her academic brilliance, but did not know what she was going to talk about.”

“One cannot ask resource persons to spell out what they are going to say in their speech. The vice chancellor gave me full freedom to invite the resource persons. I had distributed the invitation cards of the conference to each and every relevant person five days before the event. Now after the incident, they are targeting me, asking me that if Menon was so controversial, why did I call her and why I did not know what was she going to speak. Everyone already knew whom I had invited as resource persons, so why are they questioning me now? Moreover, Menon is not somebody banned by the government, so why the hue and cry over her?”

Ranawat said that it was only on February 3 that she began receiving calls from media. Even before the two-member fact finding committee was formed to look into the matter, she says that a police complaint had already been lodged.

“I was already an accused! I then mailed them for security, as I stay alone in Jodhpur. But they said that I should talk to the police administration for security. Before I could request the police, the committee said I was not co-operating, although I was constantly mailing them. The vice chancellor called the syndicate on February 15 and on February 16. The syndicate acted on the committee’s interim report and issued the suspension order. Now there is another three-member committee to look into the possibility of ‘terminating my services’.”

Ranawat, who had gone to Jaipur to meet her family, says she returned to the university in Jodhpur on February 14.

She added that she was “very disturbed on February 3. I had expected a letter of appreciation from my seniors, as this had been my dream project to make it an academically vibrant conference for the students. Instead, I got suspended. But now I am fully prepared to take on a legal fight against my suspension. No time frame has been given for the suspension. What wrong have I done? Am I being suspended for exposing my students to intellectually stimulating professors and teachers from around the country?”

Her only regret, she says, is that “Nobody will ever dare to organise such a conference in the already disturbed university again. I went against all odds to get it done but see the consequences.”

“I have got support from students and many colleagues. I will definitely go back if my suspension is revoked and convince the academicians there that there is nothing wrong in debate and dissent as John F. Kennedy had rightly said, ‘Without debate, without criticism, no administration and no country can succeed and no republic can survive.’”