Indian Censor Board Takes A Knife to Oscar-Nominated 'Moonlight'

The cuts made by the Indian Censor Board amount to 53 seconds in total and excise crucial elements of the film – including two sex scenes. 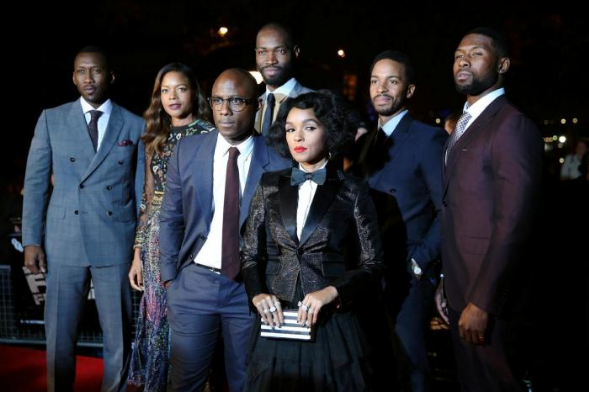 Cast members pose as they arrive for the gala screening of the film "Moonlight", on the second night of the 60th British Film Institute (BFI) London Film Festival at Embankment Garden Cinema in London, Britain October 6, 2016. Credit: Reuters/Neil Hall

One of the most critically acclaimed films of this past year, Moonlight, directed by Barry Jenkins, depicts three different stages in the life of a young black man grappling with his sexuality. While it has received stellar reviews worldwide, viewers in the Indian market can access only a highly censored version of the film in mainstream cinemas, as IndieWire reported. A document posted to Reddit details the cuts and additions made for the theatrical release of Moonlight in India.

Amounting to 53 seconds in total, the cuts made by the Central Board of Film Certification (CBFC) take a knife to the more graphic elements of the film. Every instance of the words “bitch,” “bitches,” “motherfucker” and “dick” has been excised. Moreover, two sex scenes that vividly portray the lead character’s homosexuality – crucial to the plot of the film as a whole – have been removed.

Meanwhile, the additions made by the board last more than two minutes. They are described thusly: “Added Anti-Smoking Disclaimer & Health Spot in the beginning and middle of the movie and static message with scroll wherever smoking scene appears in the film.” 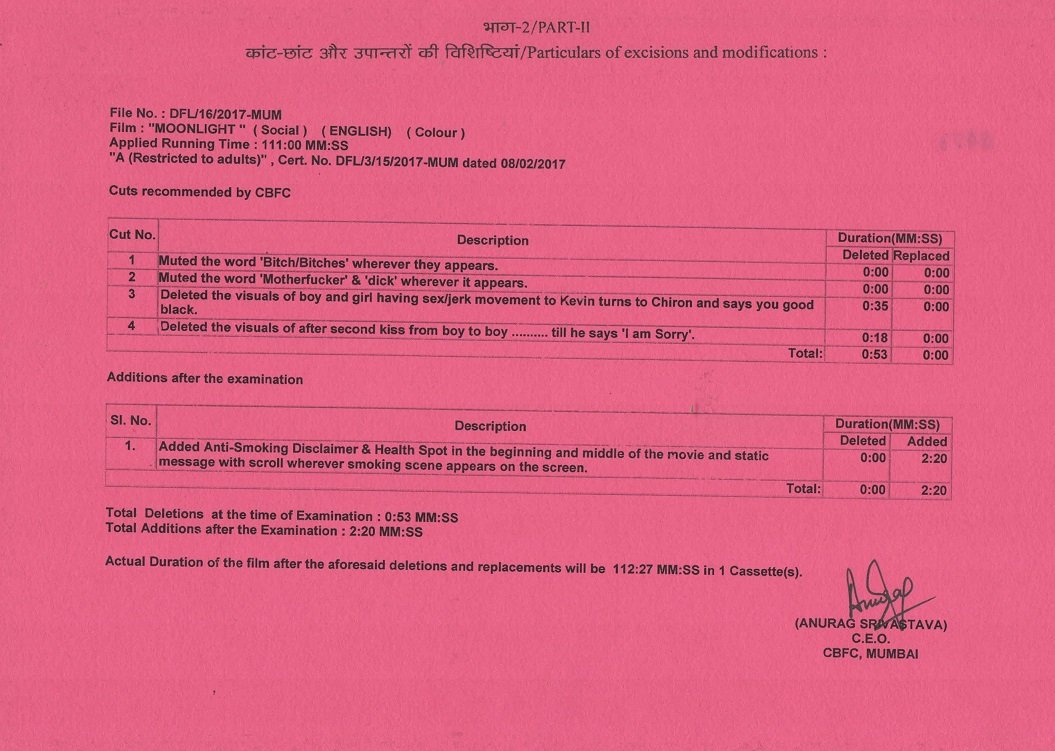 The cuts made by the censor board omit crucial elements of the film. Credit: Reddit

Led by Pahlaj Nihalani, CBFC is notorious for homophobic censorship practices, as its refusal to certify Jayan Cherian’s Ka Bodyscapes earlier last year exhibited. Further, CBFC has been criticised in the past for curbing creative freedom and acting like a “grandmother” by the Bombay high court.

Moonlight is one of the Oscar frontrunners this year, alongside La La Land and Manchester By The Sea. Already, it has won a host of awards, including four Academy Award nominations. It stars Mahershala Ali, Naomie Harris and Janelle Monae.