How Urdu and India Influenced Afghan and Iranian Reformers

It is considered common knowledge that Persian greatly influenced Urdu, but not the other way around. However, this is not true, for the influence of Urdu speakers from India on neighbouring countries is as real.

The historic influence of Persian on South Asian languages and cultures is well known. As a lingua franca in the region for centuries, Persian bequeathed words that became part of everyday life in what is today northern India, Pakistan and Bangladesh: asmaan (sky), sabzi (vegetable), garm (hot), rang (color), dil (heart), and many thousands more.

Urdu was especially impacted, borrowing from Persian its script, much of its vocabulary, and many of its most celebrated literary forms like ghazal poetry. These influences were not only linguistic or literary; the Persian language was also a vehicle for courtly customs and ideas about statecraft, as well as religious movements, architecture and myriad other aspects of the shared Persianate culture that spanned from the Balkans to Bukhara to Bengal and beyond.

This narrative about Persian is well-known and rests on some common assumptions.

One is that Persian greatly influenced Urdu, but Urdu had no real impact on Persian – at least not outside of India. The other assumption is that this cosmopolitan history belongs only to premodern times, with Persian losing its relevance in the subcontinent at some point around the 19th century –perhaps after the failed 1857 uprising against the British – if not earlier.

Today, many people believe that Persian ‘belongs’ to countries where it is presently the dominant language, like Iran and Afghanistan.

As it turns out, none of these assumptions are entirely accurate. In the first half of the 20th century, Afghans and Iranians looked to Urdu speakers from India – especially on the issue of teaching Persian literature – as they strived to modernise their countries.

Persian literature lay at the heart of Iranian and Afghan nationalist projects. Literature was imagined to be the soul of the nation, and thus literary history had an important role to play in modern education systems that sought to inculcate citizens with a sense of national belonging.

How should the millennium-long history of Persian poetry be organised, analysed, and taught? This was an especially thorny question for reformers who saw education as the key to modernisation.

Persian literature was an important part of the curriculum at many of these institutions, and the Indian Muslim scholar Shibli Nomani (1857-1914), who taught Persian and Arabic at MAO College, was a key figure in Indo-Muslim education reform. While Sayyid Ahmad Khan, founder of the MAO College, is better known in India, it was Shibli who would ultimately have more of an impact in neighbouring Afghanistan and Iran.

An Islamic scholar, reformer, and educator, Shibli dedicated his life to developing Muslim education in India in order to address the challenges of colonial modernity. In addition to MAO College, he worked at Nadwatul Ulama seminary in Lucknow and Osmania University in the princely state of Hyderabad before establishing the Darul Musannefin academy in his native Azamgarh at the end of his life.

One of Shibli’s major works was Shiʿr al-ʿAjam (Poetry of the Persians), a monumental Urdu-language study of Persian poetry, published in five volumes between 1908 and 1918. It had an expansive scope –covering many centuries of poetry across its 1500 pages – and, more importantly, an innovative methodology. Shibli synthesised the best of the Islamic tradition and of European historiography, making his Poetry of the Persians uniquely well-suited to the aims of Afghan and Iranian reformers who wanted to tread a similar path. 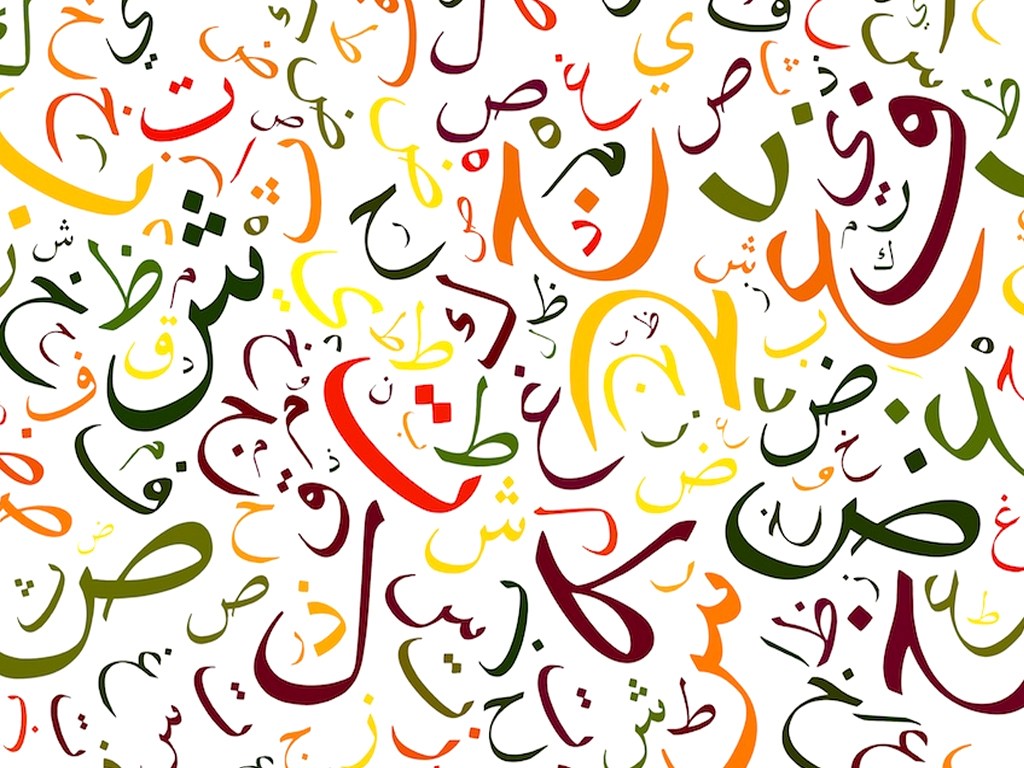 Afghans in particular paid close attention to these educational developments in India. In the initial decades of the 20th century, many prominent Afghans were conversant in Urdu, including kings like Habibullah Khan and Muhammad Nadir Shah and political figures like the poet and foreign minister Mahmud Tarzi. Afghan intellectuals and politicians increasingly learned Urdu by living in India or through economic and educational exchanges with the country.

The reform-oriented Habibullah Khan, Emir of Afghanistan from 1901-1919, inaugurated Habibiyya College in Kabul: the country’s first modern educational institution. It was modeled after India’s MAO College, which he visited in 1907. Habibiyya followed the same curriculum as MAO College and offered Urdu as a second language.

At one point half the Habibiyya faculty were from India, including the principal of the school, Abdul Ghani Khan of Lahore. The Afghan poet-laureate Qari Abdullah Khan, who tutored the Emir Habibullah Khan and the crown prince Inayatullah Khan Siraj, knew Urdu well and also taught at Habibiyya.

In 1921, the Afghan ministry of education was established, with Persian literacy at the heart of the curriculum. Qari Abdullah was closely familiar with Shibli’s Poetry of the Persians, having relied on it as one of the sources for the second-grade Persian literature textbook he compiled for the ministry.

The ministry also commissioned a full translation of Shibli’s Poetry of the Persians, which was carried out by a series of Afghan translators including Mansur Ansari and Burhanuddin Khan Kushkaki (clerics trained in Islamic law), Faiz Muhammad Khan (Afghanistan’s foreign minister), Sarvar Guya Itimadi (adviser to the ministry of education), and other notables.

Their translation was published in several volumes in Kabul and Lahore between 1925 and 1927. This translation featured surprisingly fluid boundaries between Persian and Urdu, even using Urdu retroflex letters – which are not ordinarily found in Persian – to represent English loanwords like kariktar (character).

Shibli sometimes quoted from Urdu poets like Mir Anis, Mirza Dabir, Mir Taqi Mir, and others in order to illustrate points about poetics, and these Urdu couplets were reproduced in the Persian translation, together with Persian explanations.

Shibli’s Poetry of the Persians was not the only Urdu-language work on the subject to be translated in Afghanistan. Qari Abdullah translated Muhammad Husain Azad’s Sukhandan-i Fars ([On the] Poets of Persia) from Urdu into Persian. Azad, a contemporary of Shibli’s, was a learned scholar of Persian and Urdu; Sukhandan-i Fars compiled Azad’s lectures on Persian literature and philology. The translation first appeared as a series of articles in the journal Kabul, and was later published in book form in the 1930s.

The ‘30s saw additional Afghan-Indian connections under the rule of Muhammad Nadir Shah (r. 1929-1933), who was born and educated in the northern Indian city of Dehradun and spoke Urdu fluently. He invited Shibli’s protégé Sayyid Sulaiman Nadvi to Kabul, together with the famed Urdu poet Muhammad Iqbal as well as Ross Masood, the grandson of Sayyid Ahmad Khan. Urdu works on other topics continued to be translated.

Shibli Nomani’s biographies of the caliph Umar and of the early Muslim jurist Abu Hanifa were rendered into Persian, and the Afghan diplomat Abdul Hadi Davi translated Iqbal’s Urdu poetry.

How India influenced reform in Iran

In the same time period, Iranians also drew on their Indian connections in their projects of reform and modernisation. Iranian prime minister Muhammad-Ali Furughi, for example, spent time in India, and later surrounded himself with Indian friends and acquaintances. He met Sayyid Sulaiman Nadvi during the Paris Peace Conference (1919-1920). Though fewer Iranians knew Urdu, compared to the language’s prevalence among Afghans, translations from Urdu to Persian nevertheless had a great impact in Iranian literary and intellectual circles.

One such Iranian translator from Urdu to Persian was Sayyid Muhammad-Taqi Daʿi al-Islam ‘Fakhr-i Daʿi’ Gilani (1882-1964), who completed a new translation of Shibli’s Poetry of the Persians in the 1950s. Fakhr-i Daʿi had learned Urdu while working as a Muslim missionary in Bombay – which he described as one of India’s prettiest cities and a garden of different religions and sects – and as a Persian instructor at Indore College in central India. Fakhr-i Daʿi ultimately spent eight years in India, and on returning to Iran began to publish Persian translations of the works of Indian Muslim scholars like Shibli Nomani, Sayyid Ahmad Khan, Syed Ameer Ali, and others.

Unlike the Afghan translators, who produced a highly faithful translation, Fakhr-i Daʿi had a free hand, taking liberties with the text and even adapting it in places to fit his own views about the greatness of Iran. He also completely removed Shibli’s quotations from Urdu poetry and other references specific to Urdu.

Fakhr-i Daʿi considered his translation to be an improvement on the original; in his view, he corrected its mistakes and moved beyond its shortcomings. His translation of Shibli’s Poetry of the Persians found a wide audience in Iran. It was used as a reference and praised by prominent Iranian literary scholars like Said Nafisi, Muhammad-Taqi Bahar, and Zaynul Abidin Mutaman. Fakhr-i Daʿi’s translations of other works, like Shibli’s history of kalam or speculative theology, were also influential.

Why did Fakhr-i Daʿi take such a different approach to translation from the Afghan translators who preceded him?

As the Afghans translated Poetry of the Persians in the 1920s, it was still very early on in the development of the modern Afghan state. Afghan national identity was new and still had to compete with other forms of identity and belonging; national institutions (like the ministry of education) had been formed only a few years prior to the translation.

Fakhr-i Daʿi’s translation, on the other hand, was completed in the 1950s, after decades of nation-building under the Pahlavis in Iran. Iranian national identity had been robustly established, and national claims to the Persian literary heritage were made possible by an increasingly powerful state and institutions such as the University of Tehran.

While Iranian scholars praised Shibli’s work, they also maintained a sense of being the proper heirs to the Persian literary corpus, such that an Iranian like Fakhr-i Daʿi could confidently correct someone like Shibli. However much they respected Shibli’s knowledge, they ultimately saw him as an outsider to what they considered an Iranian tradition. Indeed, Nafisi – who wrote an introduction to Fakhr-i Daʿi’s Persian translation – remarked with wonder that Shibli never set foot in Iran.

These two Persian translations of Shibli’s Poetry of the Persians are small examples of “Persianate modernity”: the way an earlier cosmopolis of Persian letters (which had linked much of Eurasia, with India in some ways the heart of the erstwhile Persianate world) enabled connections between reformers and intellectuals seeking to modernise their countries in the age of nation-states.

Modernisers from Afghanistan and Iran drew on these connections with India, translating from Urdu and relying on Indian scholars like Shibli Nomani to analyse Persian poetry.

The irony of Persianate modernity is that it ultimately effaces those connections – as seen in the Iranian Fakhr-i Daʿi’s translation – in order to present Persian literature as national heritage. As a result, few today know how important Indian thinkers were for nation-building projects in Iran and Afghanistan. Their impact went far beyond the translations touched on here, but the rest of that story will have to be told elsewhere.

Alexander Jabbari is an Assistant Professor at the University of Minnesota. He is the author of The Making of Persianate Modernity: Language and Literary History between Iran and India (Cambridge University Press, forthcoming)