D.N. Jha, a Doyen Among Indian Historians, Passes Away at 81

Jha, in an interview to The Wire, had said there was no substantial evidence to prove that the Babri Masjid was built after demolishing a temple, and that the theory was constructed by the Sangh parivar. 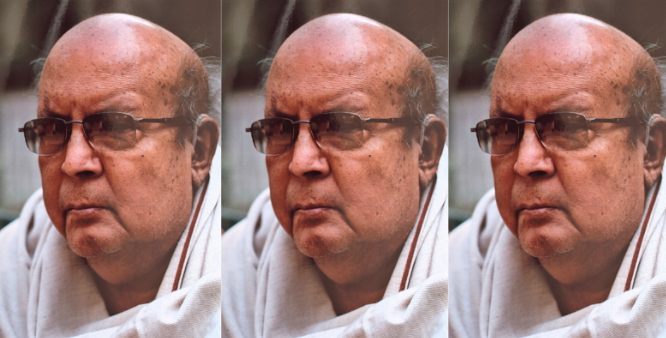 New Delhi: Historian Dwijendra Narayan Jha’s entire life was spent in dispelling the influence of irrationality and unreason in Indian society. So much so that his books, innumerable research papers and scholarly interventions in political controversies earned him as much praise from the academic community as virulent wrath from the right-wing forces.

Jha, who died on Thursday at 81 after prolonged illness, had given one of his last interviews to The Wire ahead of the 2019 Supreme Court judgement that handed over the disputed land in Ayodhya to Hindu parties, even as he had suffered a paralytic attack a few years ago, and had lost much of his hearing.

In that, he asserted his inference – like he had done multiple times before – that there was no substantial evidence to prove that the Babri Masjid was built after demolishing a temple, and the theory was constructed by the Sangh parivar only for its own political interests.

He first made his conclusions regarding the disputed site at Ayodhya in the famous Ramjanmabhoomi-Baburi Masjid: A Historians’ Report to the Nation, which he had co-authored with three other eminent historians – Suraj Bhan, Athar Ali and R.S. Sharma – in May 1991, a year before the mosque was demolished by the Hindu Right activists. The report was written by this independent team of historians after scrutinising all available textual and archaeological evidence.

Until the last leg of his life, he remained highly critical of B.B. Lal, the former director-general of the ASI who first excavated at Ayodhya, for having changed his stance in 1990 regarding a possible temple underneath the mosque, and which helped the Sangh parivar amplify its Ram Janmabhoomi movement in the years preceding the mosque’s eventual demolition.

Also read: How Hindutva Historiography Is Rooted in the Colonial View of Indian History

However, Jha’s life was not merely about battling the Hindu Right, which he believed was taking India back by many ages. He was among the first few generations of Indian historians who took upon themselves the task of history writing in independent India, helping many Indians make sense of India’s past beyond battles that different royalties fought and various succession struggles.

Trained under the legendary historian R.S. Sharma – who himself was among the first to venture into socio-economic analyses in history writing in India – Jha broke free from a set understanding of Indian history until then and was among many who opened up new pathways for historical research in India.

His The Myth of the Holy Cow may have become one of his most cited works, in which he decisively proved the prevalence of beef eating in dietary habits of ancient India. However, his more important contribution was in his works which demonstrated multi-layered socio-economic alignments in early India. He diligently used India’s ancient texts to publish works that gave a clear picture of how material culture and evolving technology in early India drove social formations and state systems.

In that respect, he was truly an anti-colonial nationalist. But that alone did not drive his scholarly instincts. Influenced by Marxism at an early age, Jha broke away from the “nationalist school” of Indian history writing which primarily focused on wars, individuals, folklore, royalties and statecraft, but contributed greatly in developing a complex understanding of India’s rich and diverse history. Like his nationalist school peers, he became an integral section of historians which avowedly challenged assumptions made by imperialist historians about the Indian subcontinent.

Although he remained critical of the Congress and its regimes, he was equally influenced by the Nehruvian universal worldview as by Marxism. That very universalism made him an integral part of the group of Indian historians who saw professional history writing as fundamental to India’s nation-building project after independence.

With roots in Bihar, he finished his early education from Patna University and Presidency College, University of Calcutta. He began his professional career in Delhi University where he trained thousands of students. While he wrote specialised books, he also took care to write texts on ancient India like Ancient India: In Historical Outline or Early India: A Concise History, which came in handy for students who came to colleges entirely unexposed to the rigour that a specialisation in history expected from them.

He also authored multiple history textbooks for the NCERT, which went a long way to hone a rational understanding of India’s past among school students.

For him, historical research was as important as creating a conducive environment for people to develop and accept a sound historical understanding.

His interests in topics like Indian feudalism, economy and society in early India, emerging religious identities and ideologies opened up a vista of Indian history which were hitherto unknown. Many among the current crop of professional historians may disagree with some of his hypotheses, but they will not deny his role in opening up a professional space for historians to take up new topics for research and intervene in Indian historiography with greater sophistication.

A doyen among Indian historians has passed away. His death has come at a time when the values that were so dear to Jha are being challenged by the Indian establishment at every level. A committed critic of all forms of communalism, Jha had been bothered with the surge of Hindu nationalist ideology in India over the last few decades.

In the last interview that he gave to The Wire, he had said that the Ayodhya dispute is a battle between faith and rationality. In fact, his entire life, professional contribution, and his social engagements were spent in leading the fight for rationality, even as he had to face the anger of naysayers and divisive political groups.