An email sent to the BJP president and to the Prime Minister's Office suggests Shishir Gupta was serving as the eyes and ears of the ruling party in its war of attrition with Delhi's AAP government. 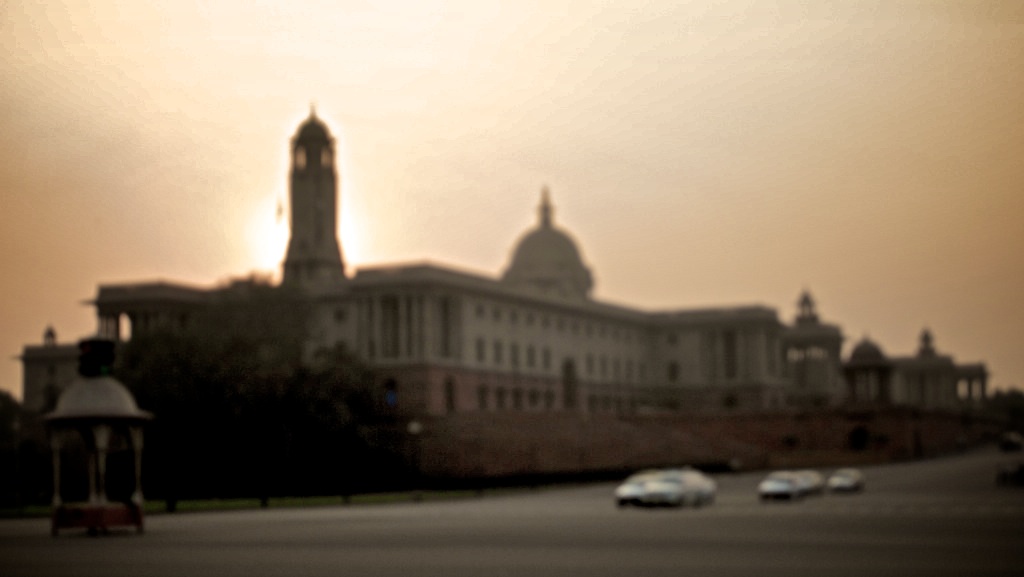 New Delhi: When Narendra Modi became prime minister in May 2014, supporters heralded his arrival in the capital as a setback for Delhi’s Lutyens zone elite – the businessmen, socialites, lawyers, editors, lawyers and the vast army of retired babus who had easy entry in the corridors of power and whose interests and views were readily embraced by ministers and bureaucrats.

Half-way through Modi’s term, it is apparent that the Lutyens club is alive and kicking.

The latest evidence of its good health is the publication of an email sent by Hindustan Times executive editor Shishir Gupta to a senior official of the Prime Minister’s Office and Bharatiya Janata Party president Amit Shah in which it appears as if the journalist is working as the eyes and ears of the BJP-led Central government in its war of attrition against the Aam Aadmi Party-run Delhi state government.

The editor’s email of March 28, 2016 was obtained along with a raft of other documents through a Right to Information request by Frontline and published on the magazine’s website on Thursday.

In it, Gupta draws the PMO and Shah’s attention to “violations” by the AAP government and Delhi chief minister Arvind Kejriwal. His email set off a series of counter-actions by the PMO over the following months which led, in turn, to an escalation of the turf war between Kejriwal and Najeeb Jung, who was lieutenant governor of Delhi at the time. Jung finally put in his papers on December 22, 2016.

Under the subject line “KEJRIWAL AGAINST CENTRE”, Gupta’s email began by noting: “Delhi Chief Minister Kejriwal is on course to abrogate all powers of the Centre in NCR with neither the Home Ministry nor the BJP MLAs/Pradesh unit doing anything to contest it,” the Hindustan Times executive editor told Amit Shah and Officer on Special Duty (IT) in the PMO, Hiren Joshi. The buzz in Delhi Govt is that BJP will do nothing to aggravate issues with Kejriwal due to its impact on forthcoming Bihar poll.”

Nowhere in the email does the Hindustan Times executive editor ask a question or seek a response or clarification from Shah or Joshi – the way reporters who correspond with officials about stories they are working on normally do.

Instead, Gupta appears to be supplying information. His email lists nine specific decisions taken by the Delhi government that he said were an “example of violations by Kejriwal”. The first “example of violation” he mentioned was about the routing of files concerning public order, the police and land through the chief minister’s office before they were sent to the LG’s office.

“This issue appears to have brought the turf battle into the public domain. The LG subsequently asked Kejriwal that the files from senior bureaucrats be sent directly to him,”  Frontline noted.

In response to queries from the author of the Frontline story, Akshay Deshmane, Gupta claimed that his “email ‘contains the outline of my then proposed story’ and that it was written in the form of ‘conclusions’ to seek ‘comments and response of PMO and the BJP party president’ for writing a news story.” Frontline notes that Gupta’s email “was drafted in such a manner that it did not seek a response from the BJP president or the PMO but only passed on information.”

While Gupta did write a story that Hindustan Times front paged  on April 1, ‘On collision course: Delhi CM Kejriwal steps on LG Jung’s toes’, Frontline notes that the April 1 story “reported only the first ‘example of violation’ and did not mention the others and steered clear of the details mentioned in the email about political issues.” That story was curiously the only story on the issue he has filed since then, even though the Jung-Kejriwal war continued to feature prominently in the media including in his own newspaper. It also had no comment or reaction from either Shah or the PMO.

Hindustan Times is the largest circulating newspaper in the capital. Gupta, who became its executive editor in 2015, was one of three names unsuccessfully floated by persons close to the Modi government last year for the politically crucial job of Press Trust of India editor. In April 2015, he and the Hindustan Times editor at the time landed the Indian media’s first interview with Narendra Modi as prime minister. The next day,  Gupta tweeted a photograph of himself and Modi, writing: “Leader & i. Gave my books… to PM Modi yday b4 the HT interview.” That tweet, along with his entire Twitter account, has since been deleted.

The Wire has written to both Bobby Ghosh, current editor-in-chief of Hindustan Times, and Sanjoy Narayan, who edited the newspaper at the time, seeking their opinion on whether Gupta’s email ran counter to their understanding of media independence and ethics. No response has come till the time of filing the story.

However, reacting to the Frontline report, Kejriwal tweeted, “Executive Editor of HT gets PMO to act against AAP govt in Delhi. Will Shobhna Bhartia (Hindustan Times proprietor) sack her editor? HT’s credibility at stake.”

Executive Editor of HT gets PMO to act against AAP govt in Delhi. Will Shobhna Bhartiya sack her editor? HT's credibility at stake https://t.co/HAxe1LEJtA

Though Gupta told Frontline that his email failed to get any response from Amit Shah or Hiren Joshi,  its contents “[appear] to have been taken far more seriously by the PMO,” the magazine noted

Documents accessed by Deshmane from the Ministry of Home Affairs (through RTI applications) showed that “on the afternoon of March 31, the PMO’s top official, Nripendra Misra, called Anant Kumar Singh, Additional Secretary (CS) in the Home Ministry, to his office and sought a ‘factual report’ on the email in less than five days. Marked urgent, his single-page record of the meeting and subsequent notes by MHA bureaucrats on it as follow-ups revealed the importance given to the issue” in the home ministry.

As per the documents, Anant Kumar Singh noted, “Today I was called by the Principal Secretary to PM in his office at 12.30 p.m. He gave me an email dated 28.03.2015 received from Shri Shishir Gupta, which is placed at flag ‘A’ and desired that a factual report on the same shall be sent to him by this Friday. As the offices are closing after Wednesday, it will be advisable to seek the report from the Lt Governor (LG) by Wednesday evening so that the desired report is sent in time to PMO. Accordingly, a letter addressed to LG for seeking factual details and his views on the assertions made in the mail mentioned above is placed below for approval.”

Singh’s note was seen by then Home Secretary, L.C. Goyal. Though a draft of the letter meant for the LG was readied, it was not sent as the LG sent in his response the same day.

In a a statement issued to the press, an unnamed spokesperson of the Hindustan Times said the Frontline report “mischaracterises Shishir Gupta’s reportage on the conflict between the Delhi LG and CM.” It said the email was “in reality, nothing more than the outline of a story he was proposing to write at the time, based on his reporting.”

“The email followed phone conversations Mr Gupta had with the offices of Amit Shah as well as the PMO, seeking comment on the conflict. They asked him to send them an outline, which he did: this is not unusual journalistic practice.”